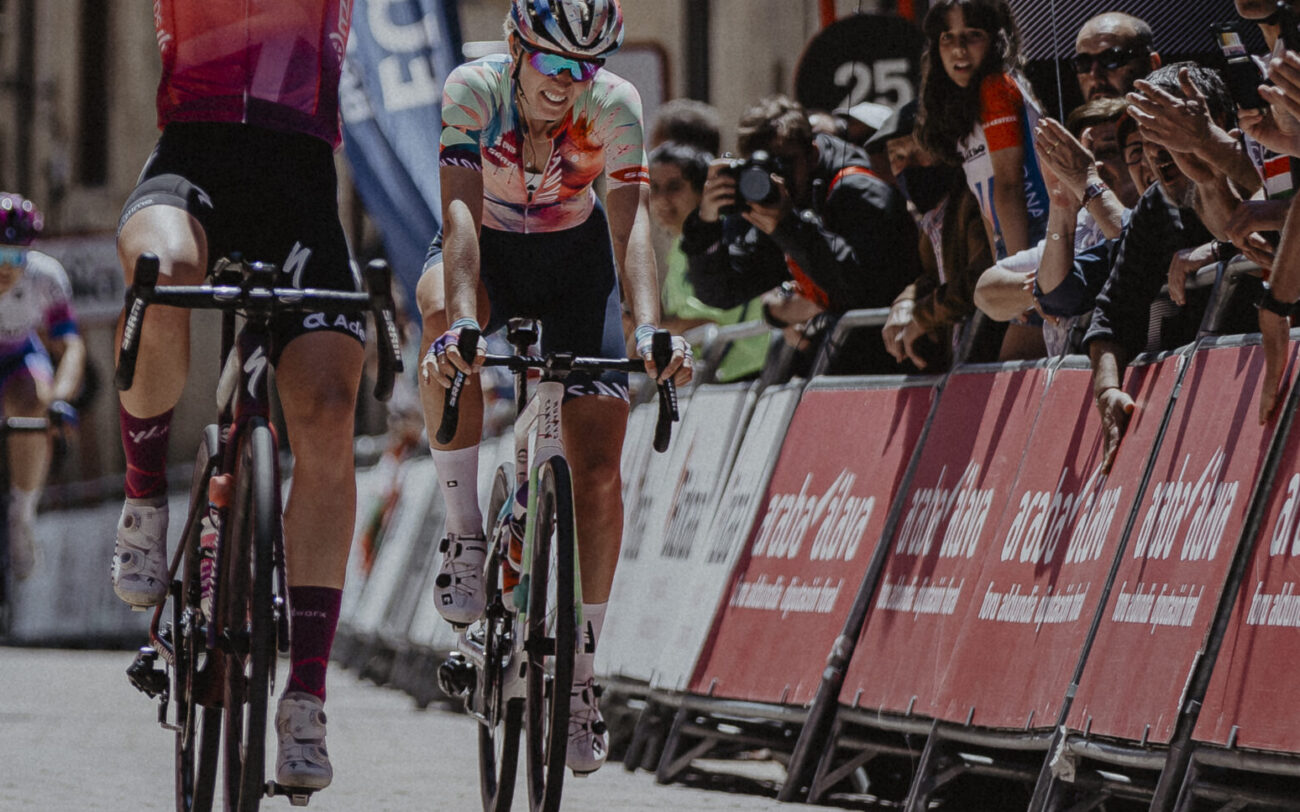 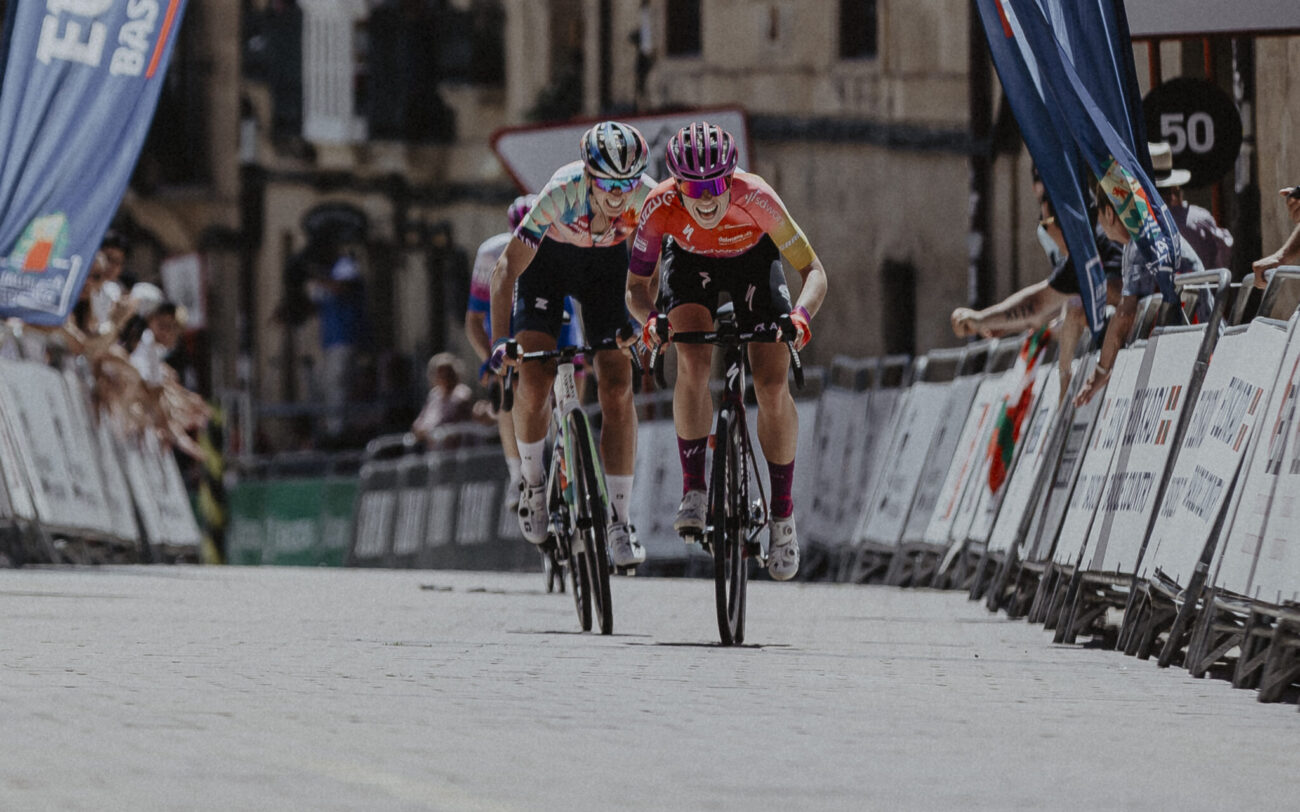 PAULIENA TAKES HER FIRST PODIUM OF 2022

Pauliena Rooijakkers started Itzulia Women today in dominating style, finishing second on the stage. The CANYON//SRAM Racing rider rode across with Vollering (SDW) to a solo leader in the final 13km of racing. The trio sprinted to the finish in Bastida, Spain but Rooijakkers couldn’t hold off Vollering who took the stage win and first leader’s jersey.

Teammate Elise Chabbey attacked over the top of the final climb, with 40km remaining, and the four-rider group that formed was only caught 20km later.

“It was a good situation for us with Elise ahead. All the other teams had to do the work and we had five riders in the group who only had to wait patiently in order to react to attacks if Elise’s group was caught. When that happened, Alena went with the first attack. When she came back and Demi went, I joined. Because the other teams had already done so much work, they couldn’t catch us back,” explained Pauliena.

The trio finished 41 seconds ahead of the peloton and the opening stage results mean that Pauliena is well-positioned in the overall classification.

“I was thinking of both GC and also trying to take the stage. I knew it would be hard to beat Demi in the sprint and I wanted to take the last corner in the first position which I could manage, but I couldn’t hold her off in the end. We have two more hard stages and we will see what happens. I will aim for GC and everything is still possible. We have a strong team here and hope we can bring the win home!” adds Pauliena.

Itzulia Women can be followed on Twitter with #ItzuliaWomen. The tour is broadcast on EITB, GCN+ and Eurosport, with timings found below.