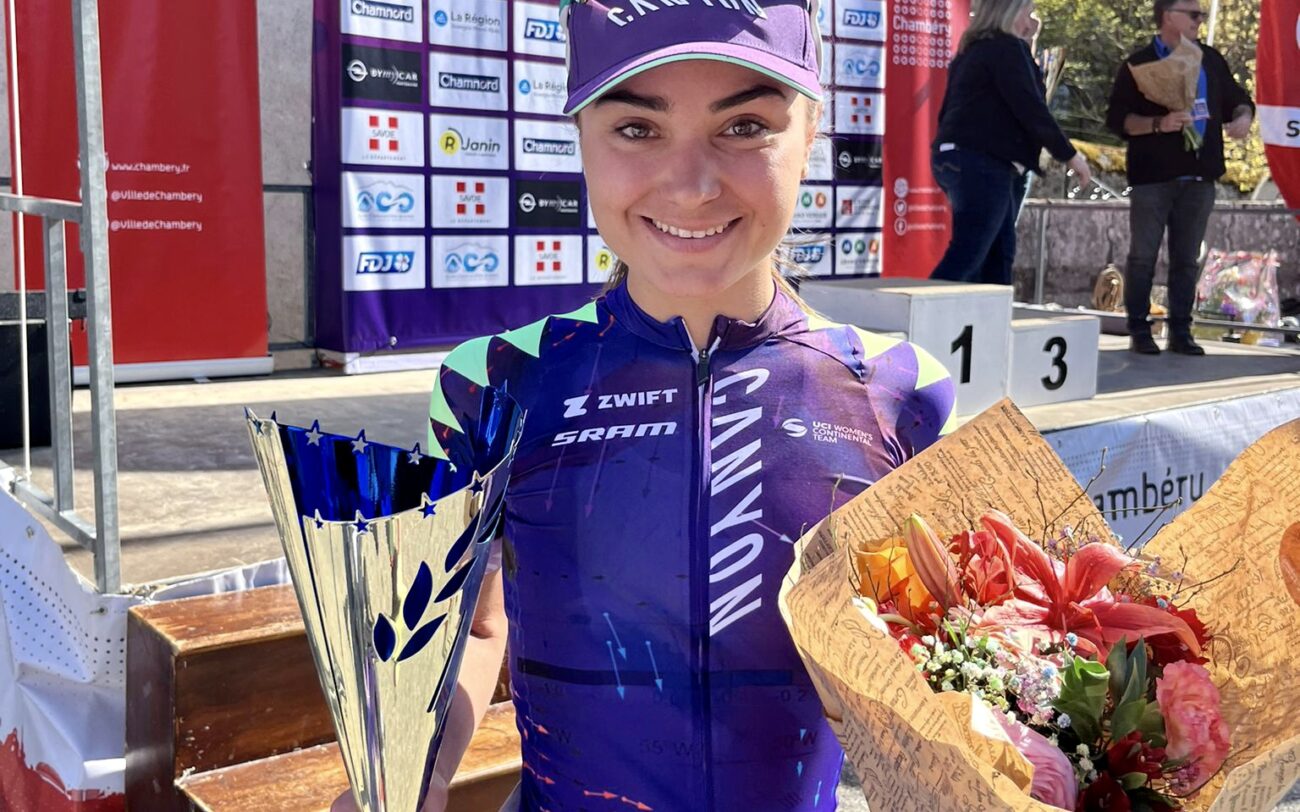 Ricarda Bauernfeind finished fourth in today’s Grand Prix Féminin de Chambéry. It was the first UCI 1.1 race for CANYON//SRAM Generation and the team performed strongly. Ricarda was on the podium for second in the U23 classification.

“It was the first big race for our team and I was quite nervous. My goal was top 20, so to get fourth, I‘m very happy about it,” says Ricarda.

The CANYON//SRAM Generation rider describes how the 109km race played out.

“In the early part of the race, there were two riders in the front and a group of around 20 riders behind which included me and five riders from FDJ. After 45km, there were different attacks. I went with the first two but we didn‘t get away from the group. By the third attack, two FDJ riders could go and they bridged across to the leaders. I tried to go with them but after the other attacks, I couldn’t quite get there. Behind, I was in a group of six but there wasn’t very good cooperation.”

“I worked a lot when I heard that the gap to the leaders was getting closer and I tried to attack the climbs and go across but I couldn‘t close the gap. Eventually, one rider of the breakaway had a puncture so that meant my group sprinted for fourth place.”

“Adam (Szabo) told me that it‘s still a long way to go up to the finish so I waited and followed the high pace of the other riders. I really wanted to win the sprint of my group to finish the hard race in a good place. I‘m very happy with the fourth place. I’m disappointed I couldn’t be in the lead group but at that moment I couldn’t ride any faster,” finished Ricarda.

Teammate Agua Marina Espinola Salinas was in the next group and finished 20th. Valentine Nzayisenga and Llori Sharpe were in a group further behind but were stopped by the commissaire before the final circuit.