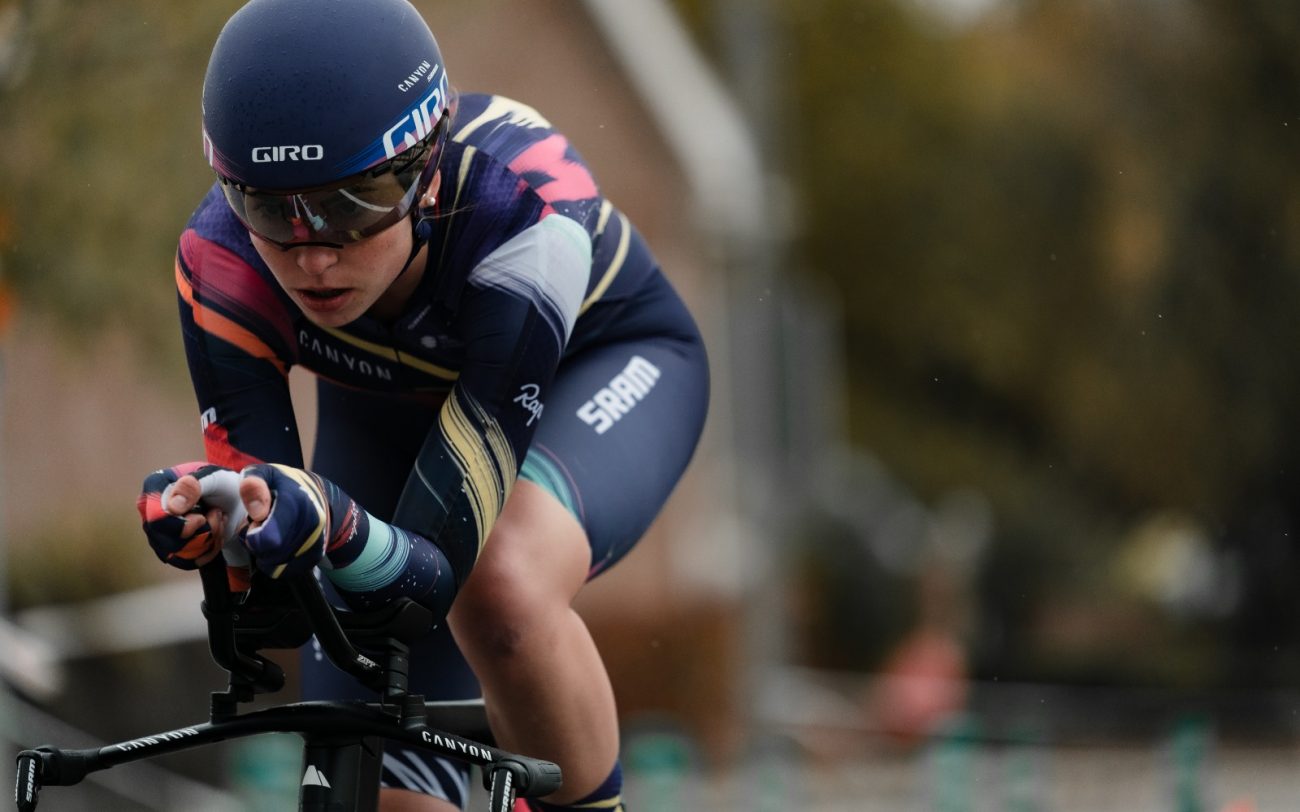 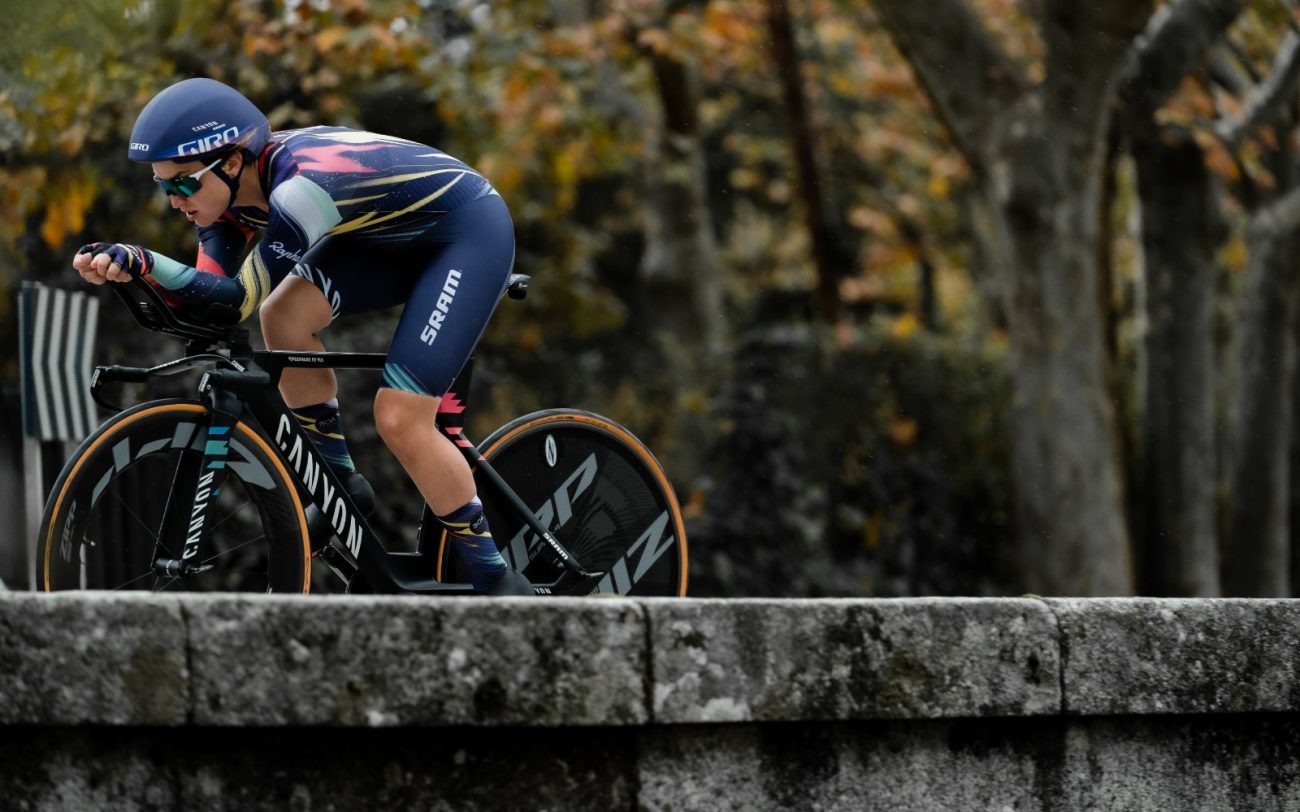 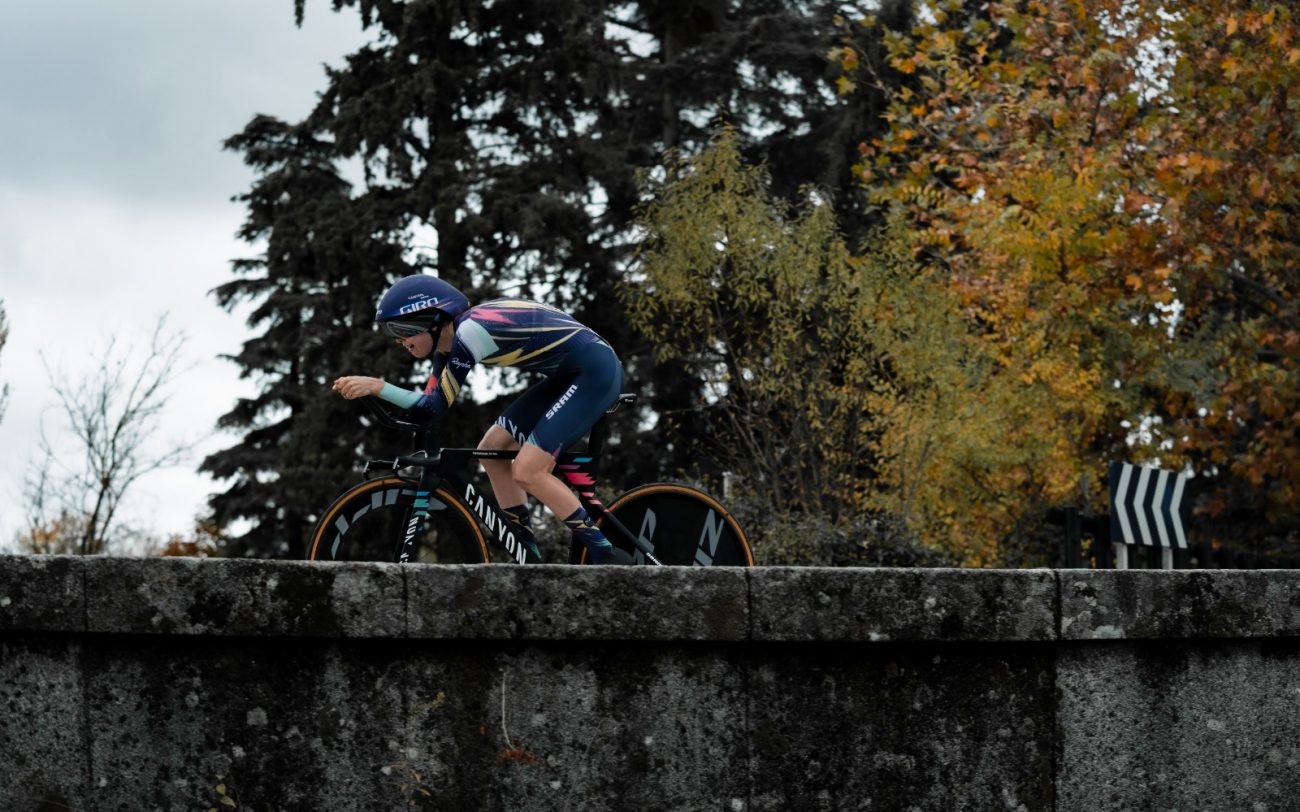 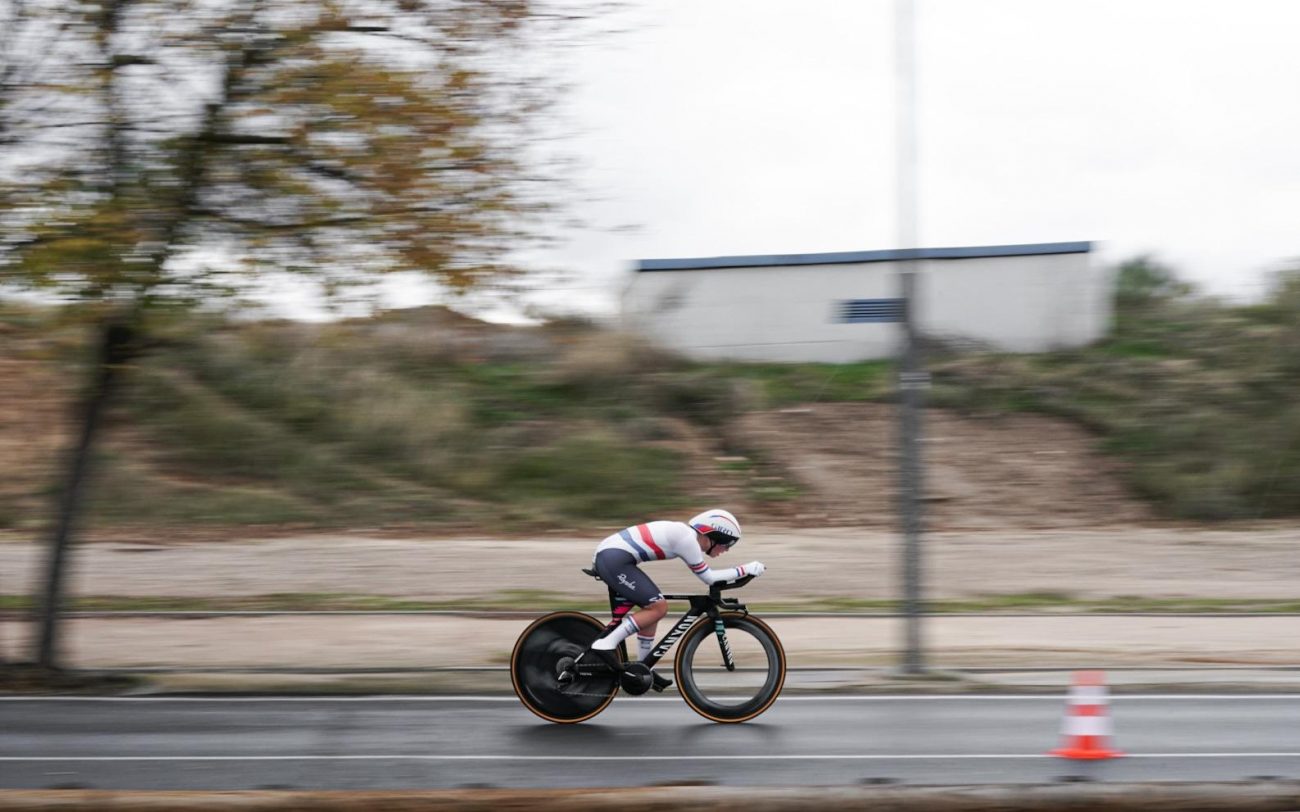 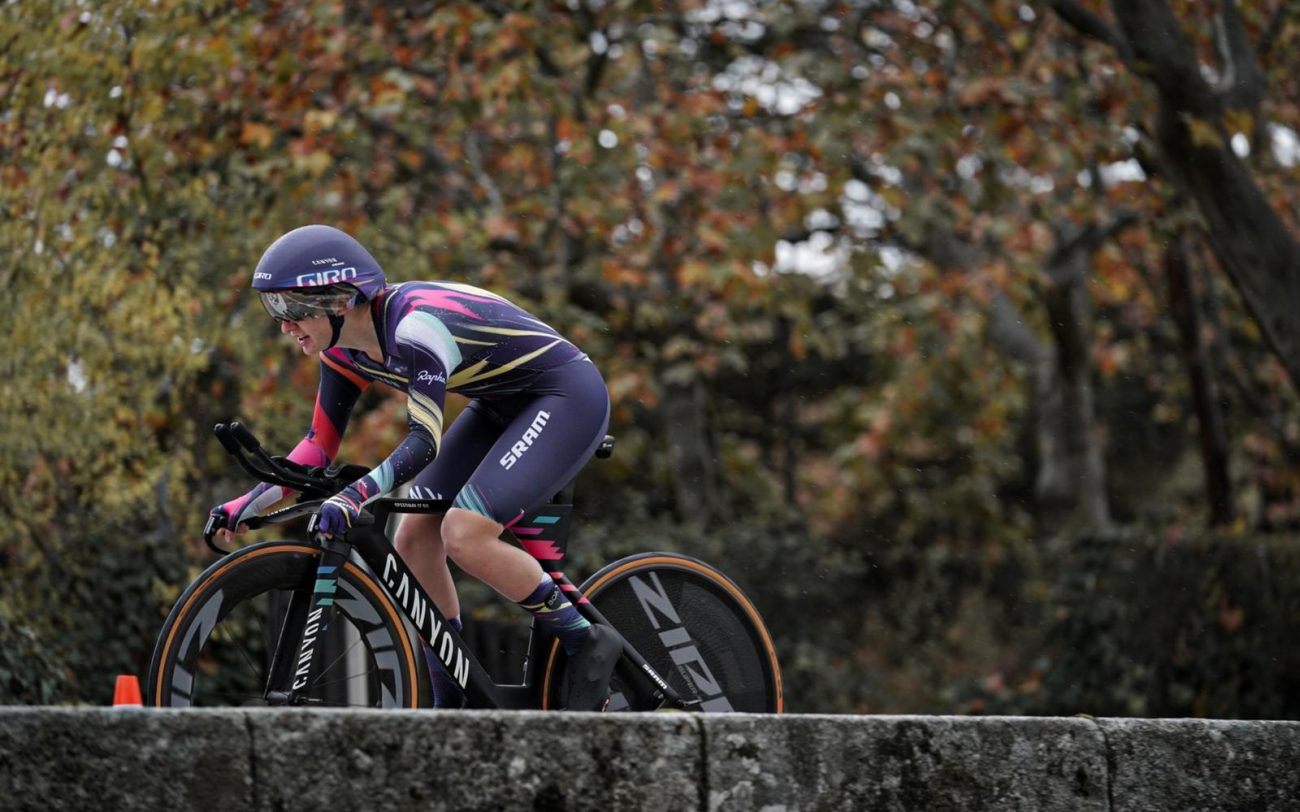 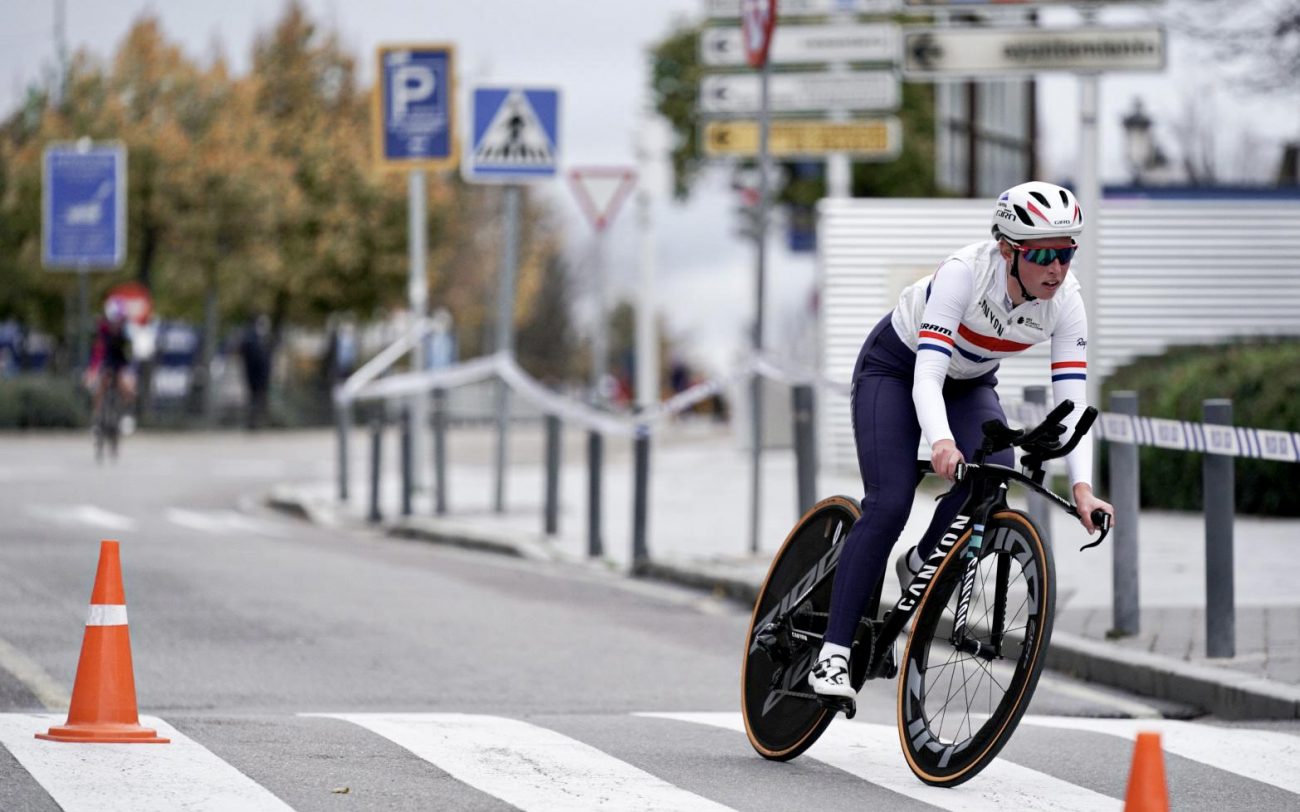 Alice Barnes and Hannah Ludwig both had top ten finishes for us in today’s second stage of the Ceratizit Challenge by La Vuelta. The short 9.3km individual time trial stage was won by Lisa Brennauer (WNT) from Elisa Longo Borghini (TFS).

Alice finished in eighth place, 33 seconds behind the winner. “The TT was basically full gas with only some small sections to give a chance to recover, so I didn’t really follow a pacing plan and just went for it,” described Alice.

“I think technically I was pretty good considering it had started raining not long before my start so there was some slippery sections in the first half. I am pretty happy with the result as I definitely left everything out there so there wasn’t much more I could have done.”

Hannah Ludwig’s tenth place, 37 seconds behind the winner, was the first top ten finish in a World Tour race for the U23 European ITT champion.

“I wasn’t sure how I felt about the race because the TT was a little short for my preference. I started good. There were some corners at the start I know that I didn’t take so well and they cost me time. When I crossed the finish line and saw my time I was initially quite disappointed. Now that I see all the final results, I am very happy; my first World Tour top ten and I’m seeing good progress.”

“I paced myself. It’s been a long time since I raced a TT, and this kind of effort is intimidating when you haven’t experienced it in recent memory. I think I executed my plan to the best of my current abilities. I’m pleased with the result.”

“I did pretty much what I could do, I wasn’t super strict with pacing as it was such a short TT. I’m not particularly happy as something just didn’t work for me today. I lost quite a lot of time on the roundabouts. Overall, I hoped to do better.”

“As it was only 9km it was more like going hard where it was possible in order to make the most impact on gaining time. With a lot of corners and speed bumps it was not a steady TT and you never had a constant rhythm. I think I always chose a good line but because of the light rain that started just before my ride, I didn’t take enough risks in the wet corners. I am not super happy with the result as the time gap is quite big. I would have liked to have the same good legs as yesterday but for the only TT I did this year I think I should not be too sad about it.”

“I rode to feel and tried to push up and over the climbs. There were quite a few fast downhill straights and technical sections to negotiate, so I wasn’t feeling very positive after seeing the course because I lack the strength to really push through sections like these and the bike-handling confidence to take corners at speed. Mentally I always hate the build-up for a TT but once I started today I almost found myself enjoying it, and immediately felt like doing another afterwards because I knew there were lots of things I could have done better. I haven’t done enough TT’s in a proper race situation to know how to really execute them well, so when I went into race mode, a few technical things such as position on bike and taking fast lines went out the window. My result was to be expected—not great yet not bad either. I don’t think I can expect much more given my current stage in riding and injury rebuilding, so I just look forward to coming into my next TT with some more training under the belt and oomph in the legs.”

The final stage, a 17-lap circuit race around Madrid, starts at 11:00CET. Alice Barnes is our best placed rider on the general classification in ninth position, 33 seconds behind the leader.