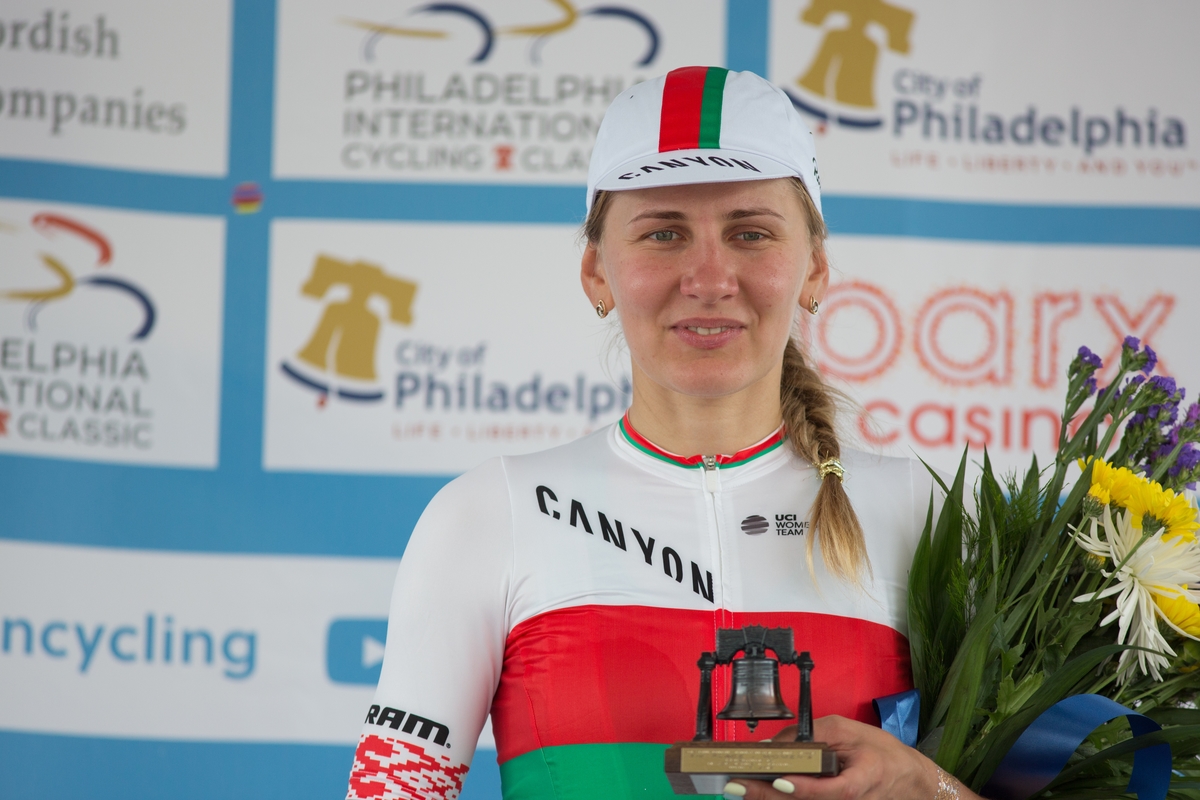 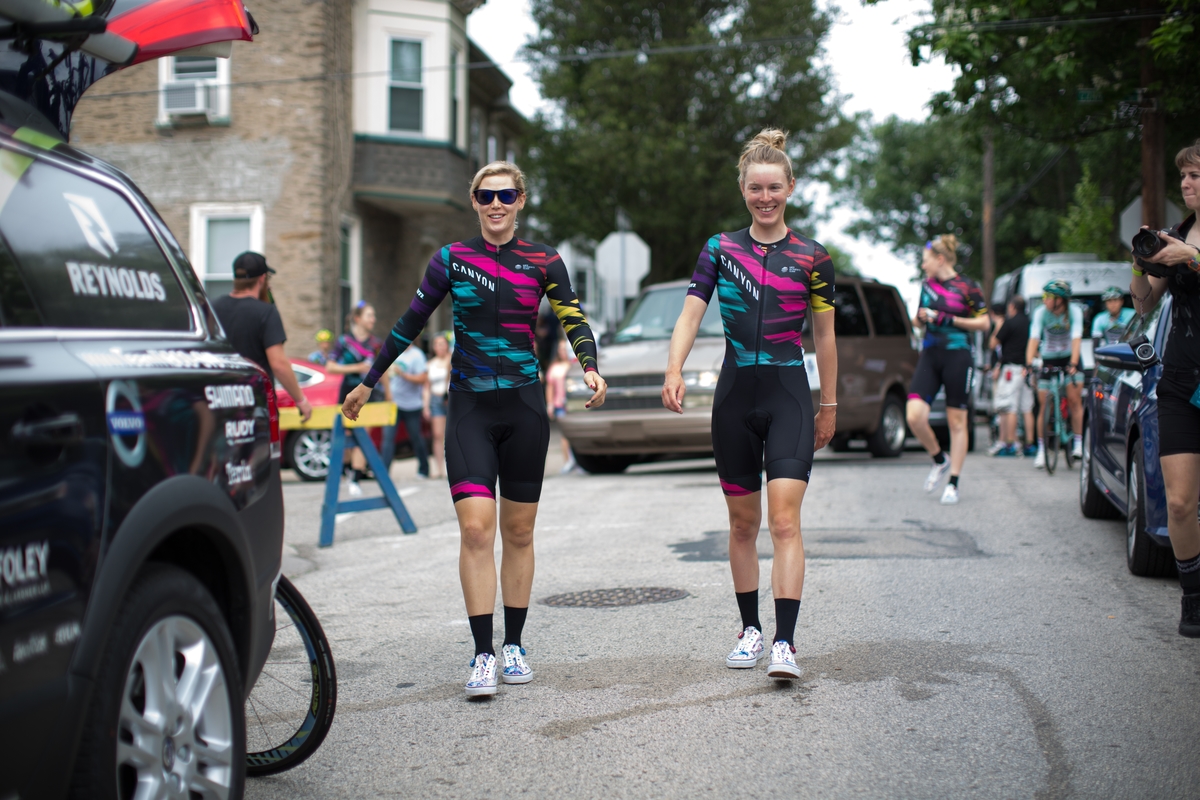 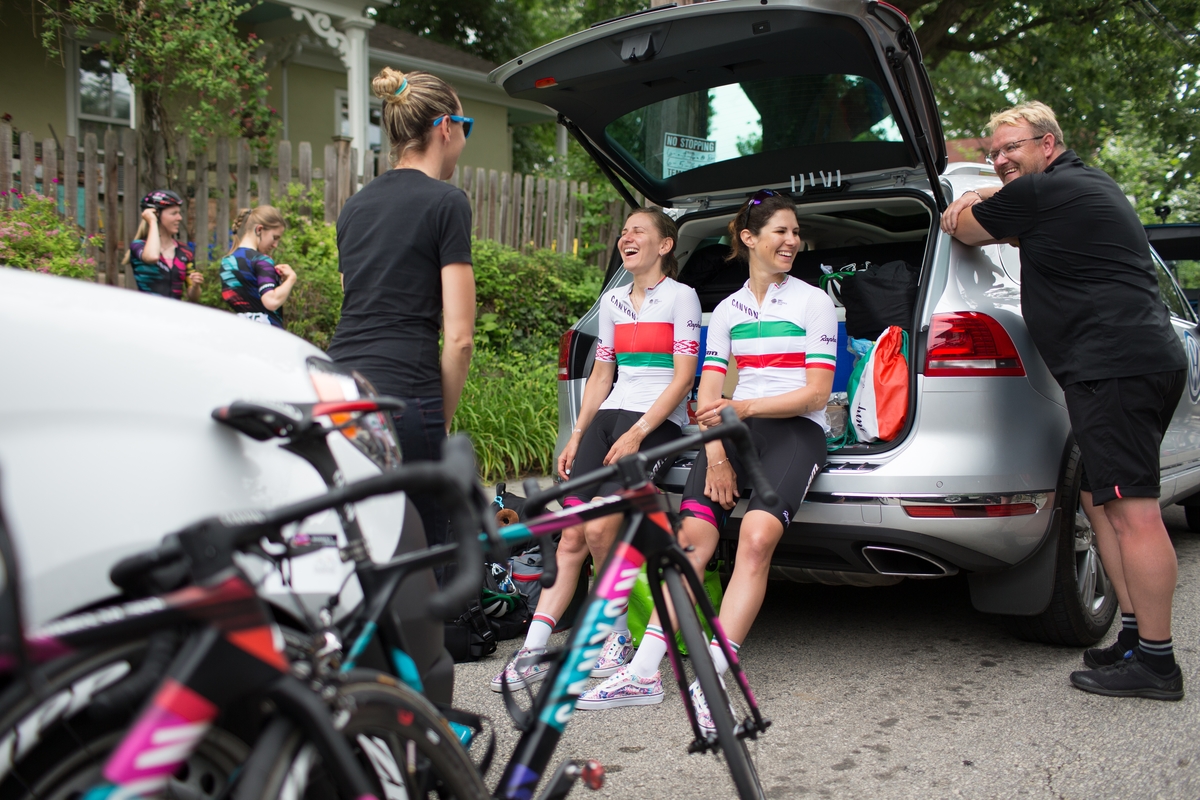 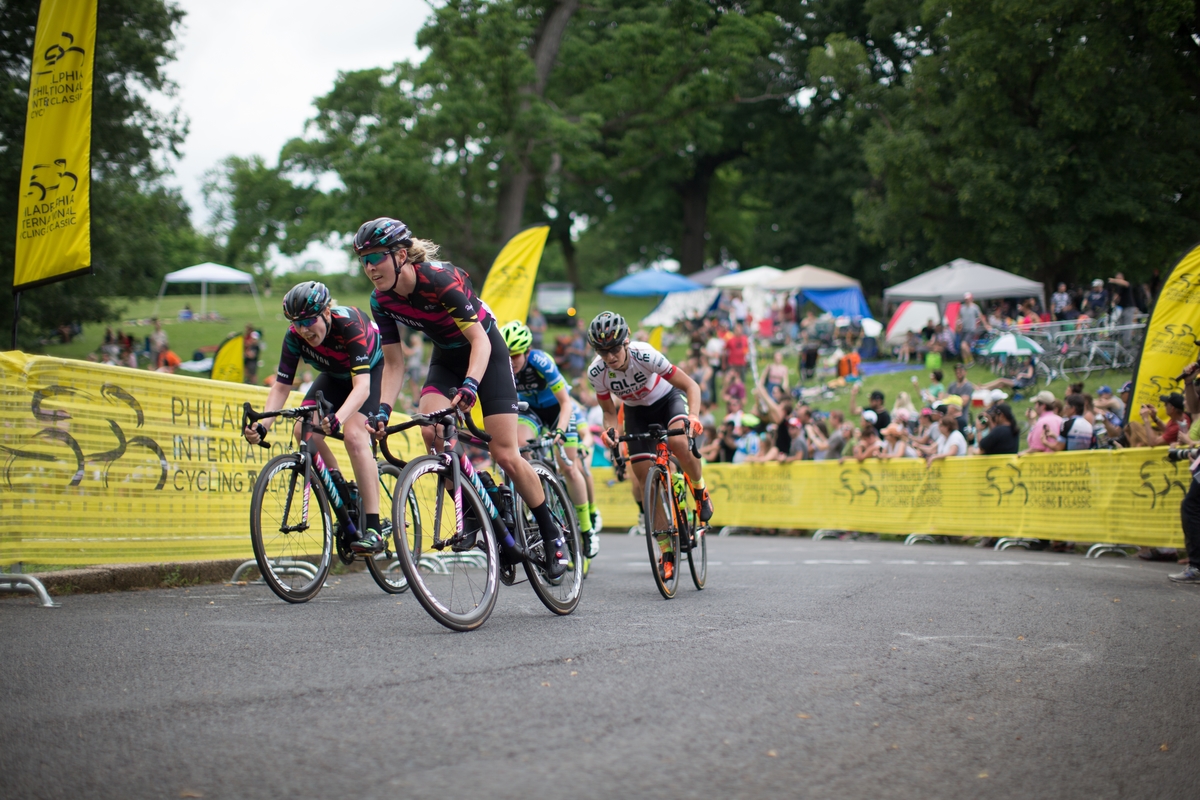 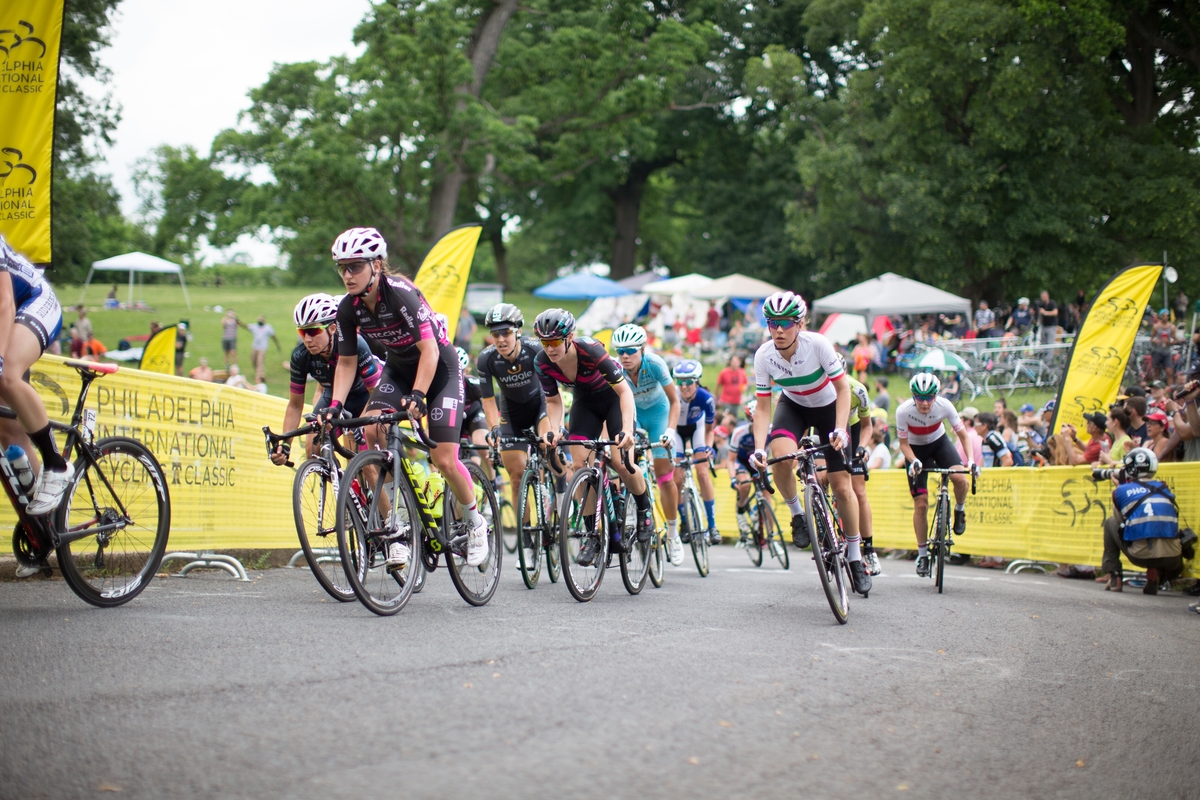 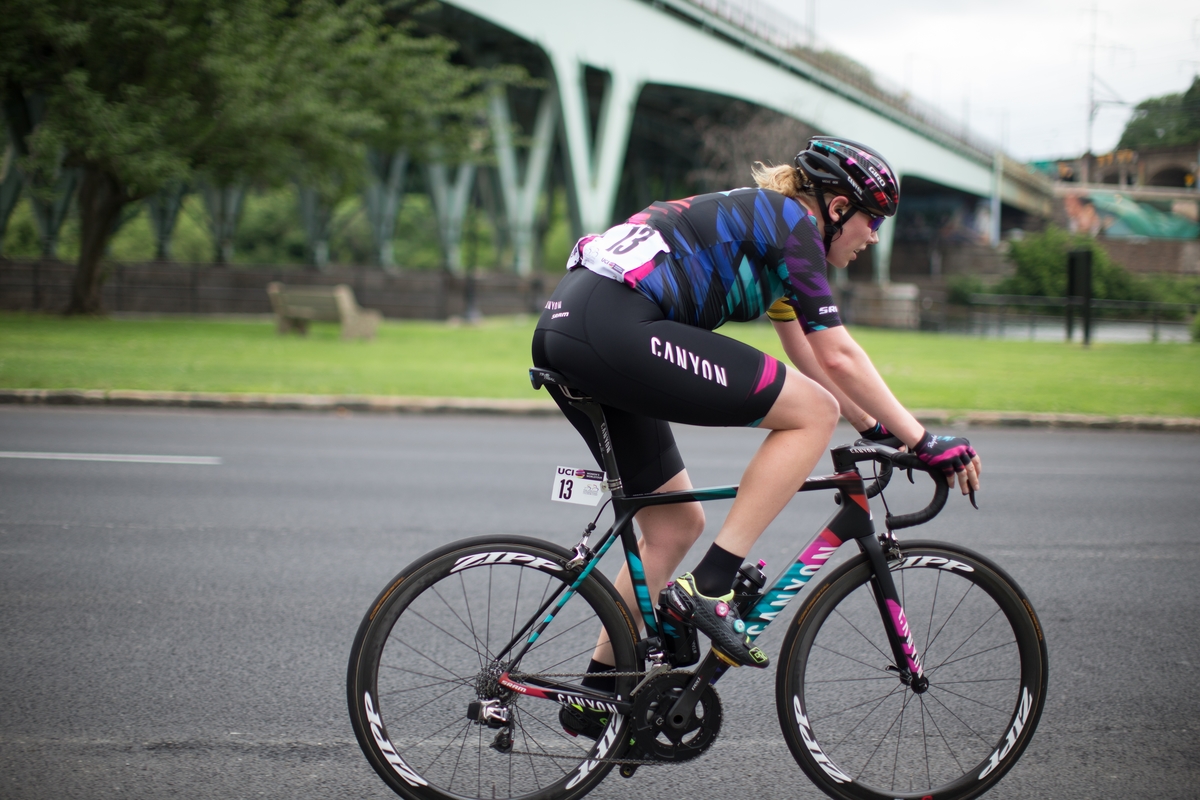 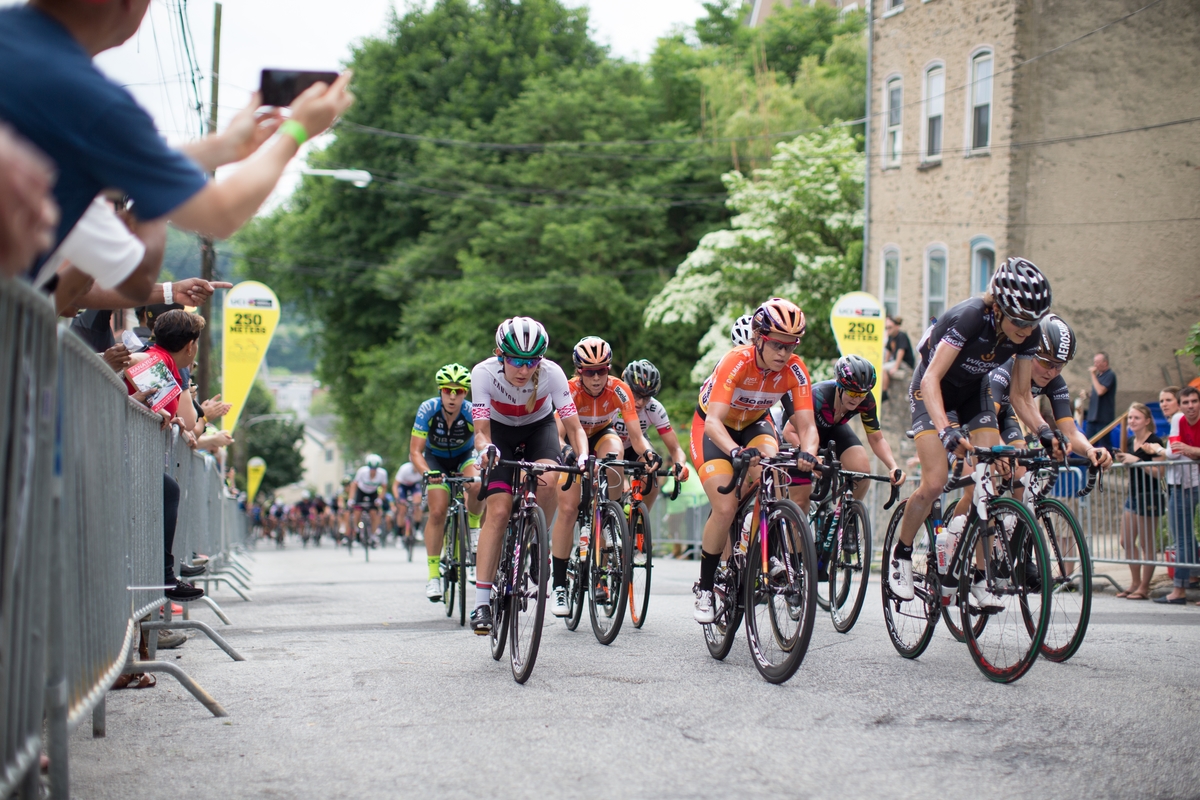 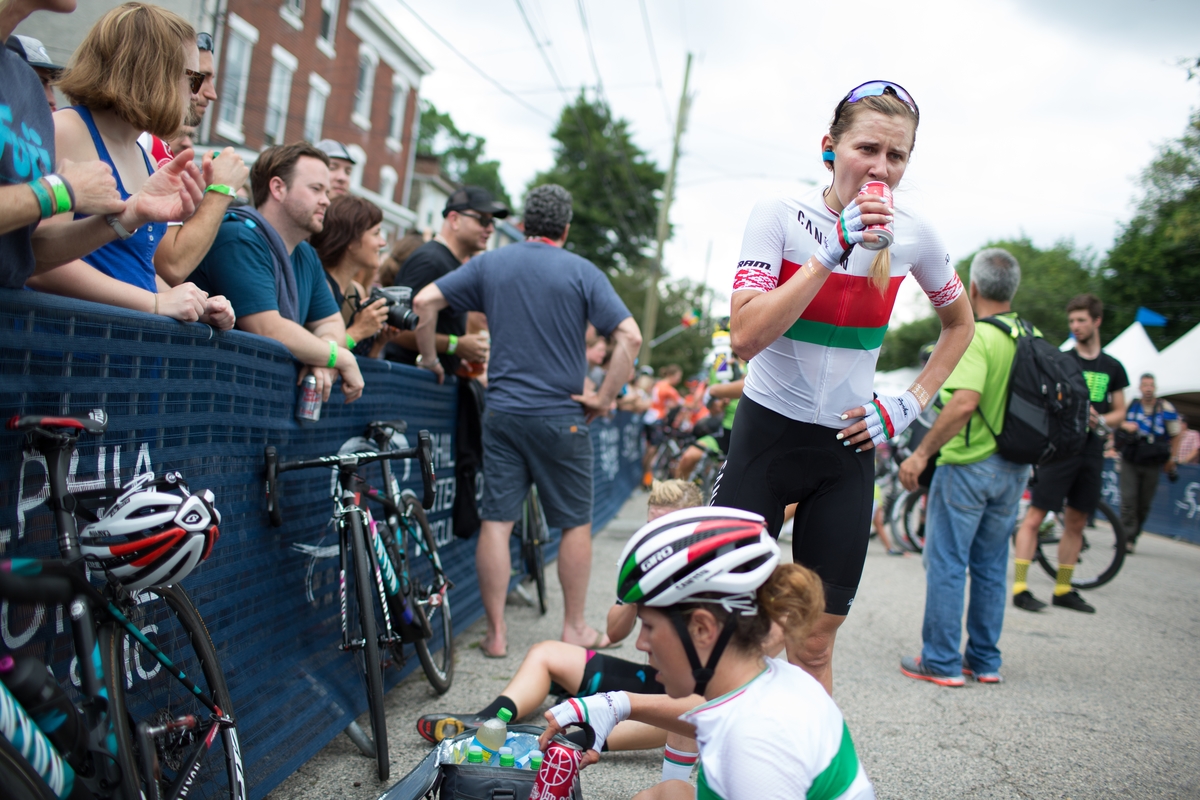 Alena Amialiusik finished 3rd in yesterday’s Philadelphia International Cycling Classic. Amialiusik went into the Women’s WorldTour race with confidence after finishing on the podium in the 2015 edition. Her team mates brought her into position for the final time up Manayunk Wall, but Amialiusik was unable to hold the pace of Megan Guarnier (DLT). Guarnier went on to win, while Elisa Longo-Borghini (WHT) pipped Amialiusik on the line for second place in a photo finish.

CANYON//SRAM Racing were in the first break of the race represented by young German rider Mieke Kröger. The peloton unhappy with the composition, the break of three were brought back and soon after Mara Abbot (WHT) and Lauren Stephens (TIB) would be the next duo to gain any advantage. Despite several attempts to form sustainable breaks, history repeated itself at the Philadelphia International Cycling Classic and the race came down to the final ascent of the Manayunk Wall.

In the final kilometres CANYON//SRAM Racing committed all riders to Amialiusik and it was Tiffany Cromwell who started an aggressive lead out, bringing the Belarusian national champion to the bottom of the climb in third position. Karol-Ann Canuel (DLT) made the first attack and eventual winner Guarnier would take over. Amialiusik followed but was unable to hold the winner’s wheel, and found herself in a battle with Longo-Borghini for the podium places. Team mate Elena Cecchini finished 8th in the race.

See the image gallery from Velofocus and read our rider’s reactions:

Alena Amialiusik: From the beginning I felt good. My legs were good in the race and I was confident with myself, my teammates, and our plan. The team was great in the race. Mieke was in the the early break. The other girls were present in other breaks and the final 4km were awesome. Because it was so fast from us it eliminated a lot of riders before the bottom of the climb. I entered exactly where I wanted to be, in 3rd position behind Guarnier. Canuel did the lead out for Guarnier and I tried to follow but she was so strong. In the last metres I sprinted with Longo-Borghini and it was a photo finish between us.

I’m happy with the result. It is my first WorldTour podium, but I am again third in this race in Philadelphia and I want more. I wanted to win but there were others stronger today. I can say that my result today is a result for the team, the hard work of my team mates in the race and our staff here.

Tiffany Cromwell: Yesterday I was team captain. Our plan was for all of us to look for opportunities and save Alena for the final. We thought it would likely come down to the final climb but you still have to try as one year a break will succeed. But we’ve seen again it still hasn’t yet. Then my role was to help in the lead out to help set up Alena.

The race went well for me and the team. We obviously wanted to win but we were happy with the podium. We stuck to our plan and we committed to one rider in the final. For me personally I’ve been struggling a bit and haven’t been performing how I’ve wanted to in the last couple of months so it was nice to finally be back on the up and able to contribute to the team and have a good race again. It’s been a long time and hopefully it’s the start of things turning around.

Elena Cecchini: Before the race I wasn’t sure if the pending rain would have an impact on the race and make it harder or not. In any situation I was confident that Alena could bring us a good result in that peloton.

The race for me was really hard. It was my first race after 40 days off racing so I really missed the race speed. I was doing better on the climbs than I was on the flat sections! The aim was a podium and we did it so I’m really happy with this and how we raced as a team. My 8th place is just a plus to all of this.

Mieke Kröger: Before the race I thought there is always a small chance for a breakaway to get through. Due to there being only one real divisive hill on the lap, it was more likely it would come to a reduced bunch finish the last time up to Manayunk. But you have to be prepared for every situation and a small chance can turn into a winning opportunity.

I had the job to cover attacks and to also create a breakaway if possible. Well that happened pretty quick on the first lap of the race! For me personally it was very hard. I don’t know if it was the weather or the jetlag or just the wrong day or my start number (13!). But my legs exploded already the first time up the wall.

After the race it was so nice to see the reaction of Alena to the team’s lead out!

Hannah Barnes: My role was to try and get into an early break and cover any attacks that tried to get away. We were really hoping for a move to stay away with us in and use that to our advantage but on this course that’s difficult with the peloton rolling so fast on Kelly drive. The past three years have shown that with a big bunch going into the bottom of the climb before the finish.

My race was okay. I struggled on the Manayunk Wall a few times and I had to chase on and regain contact but after racing the race twice already I knew I didn’t need to panic too much and use too much energy making it back. As a team we were always trying to go for the win but to come away with a third after a great team effort is a result we’re happy with.