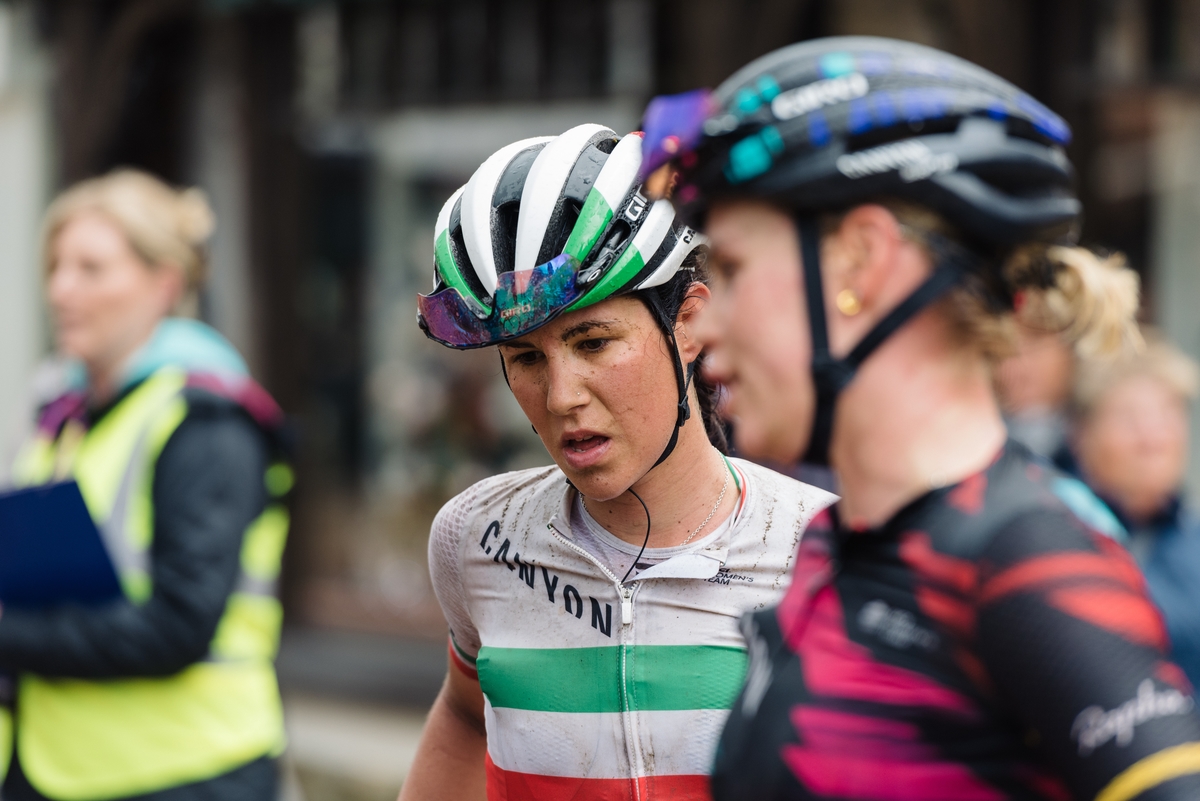 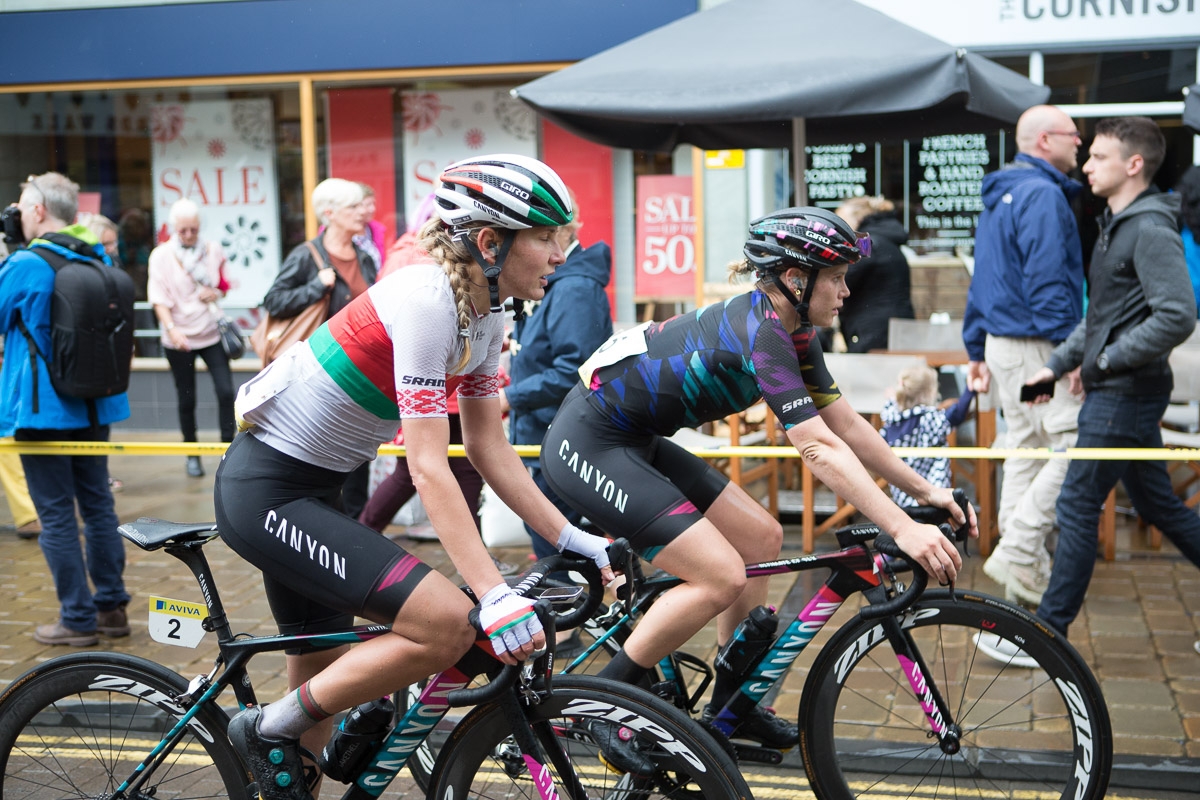 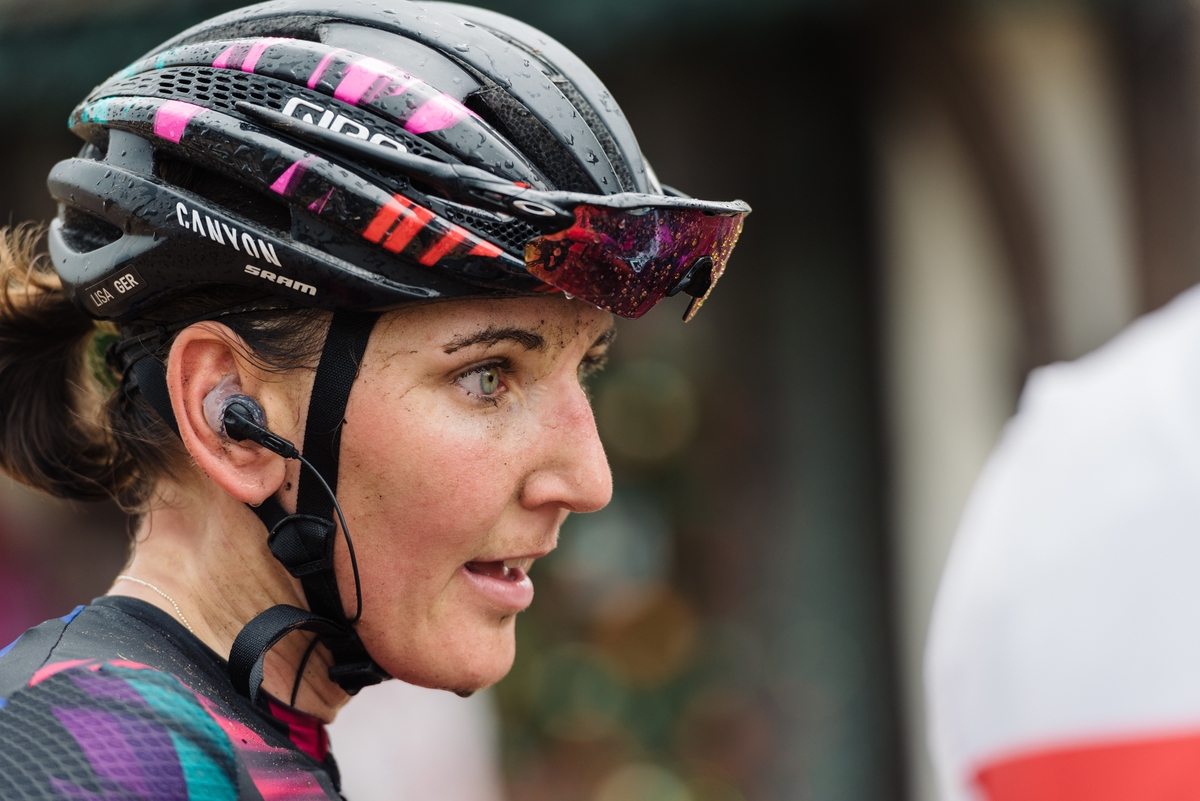 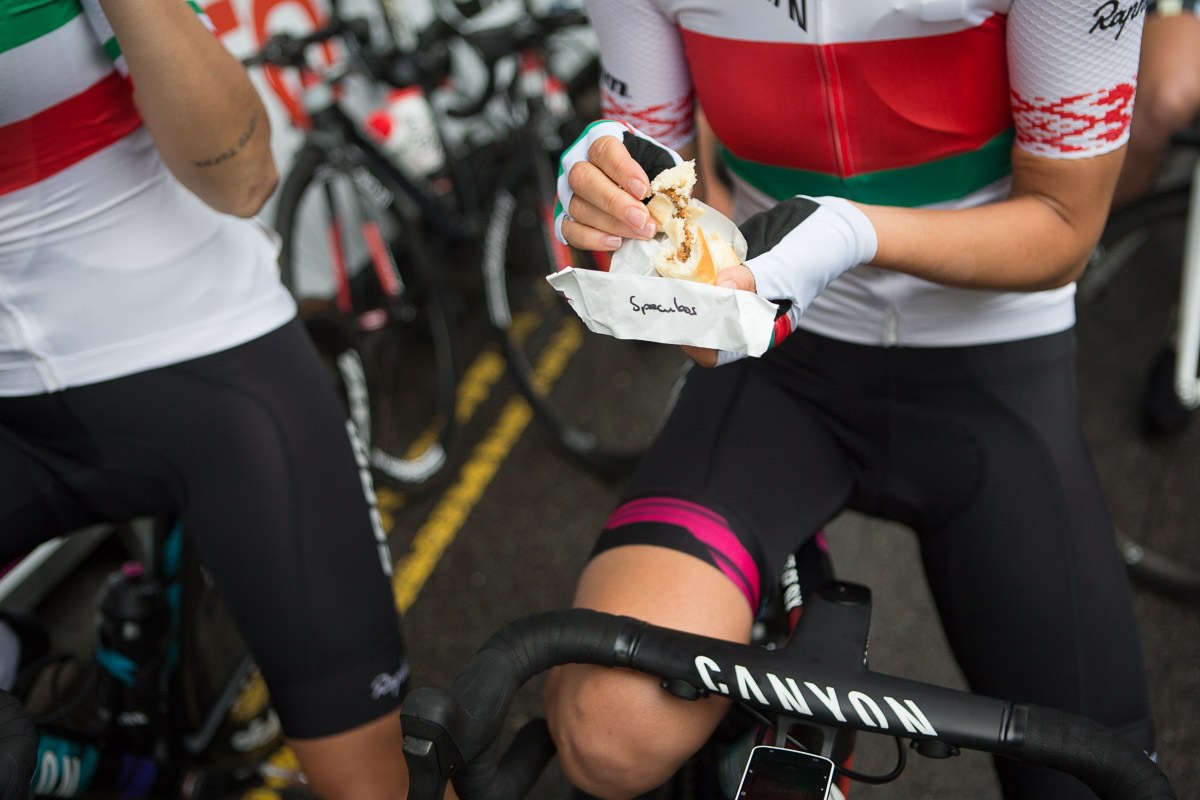 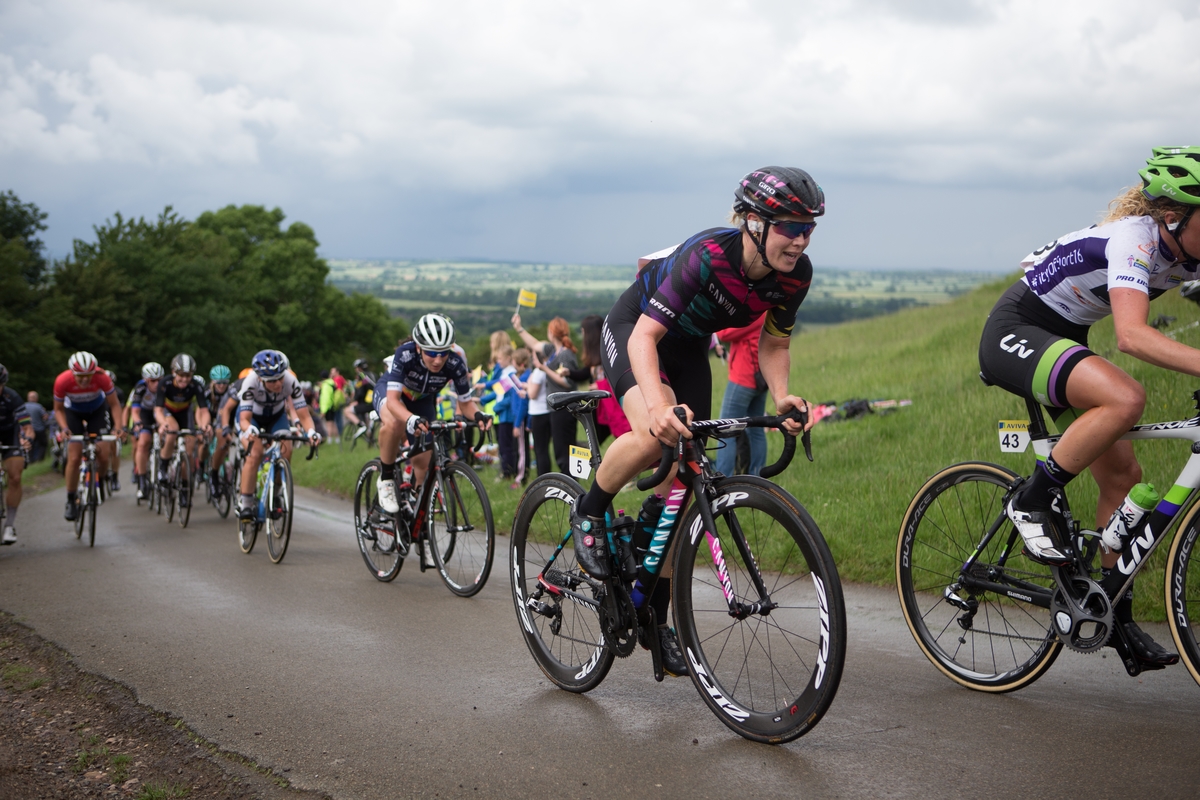 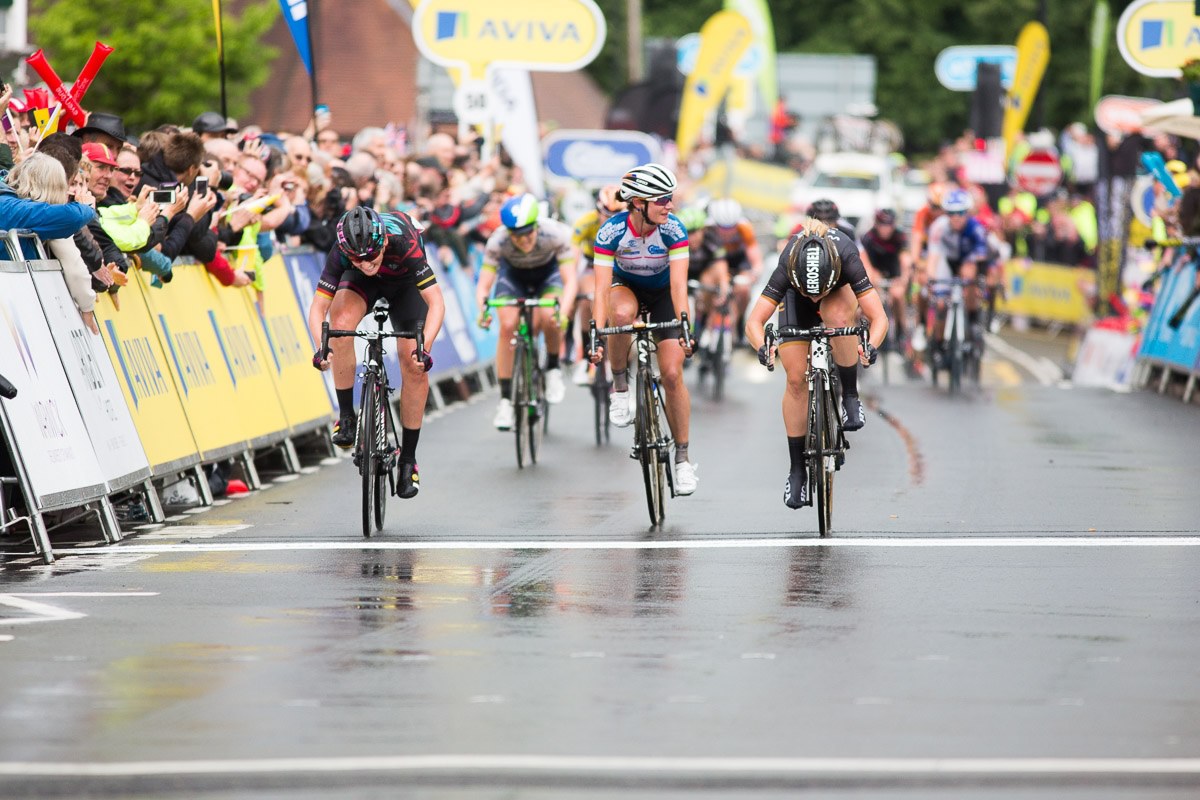 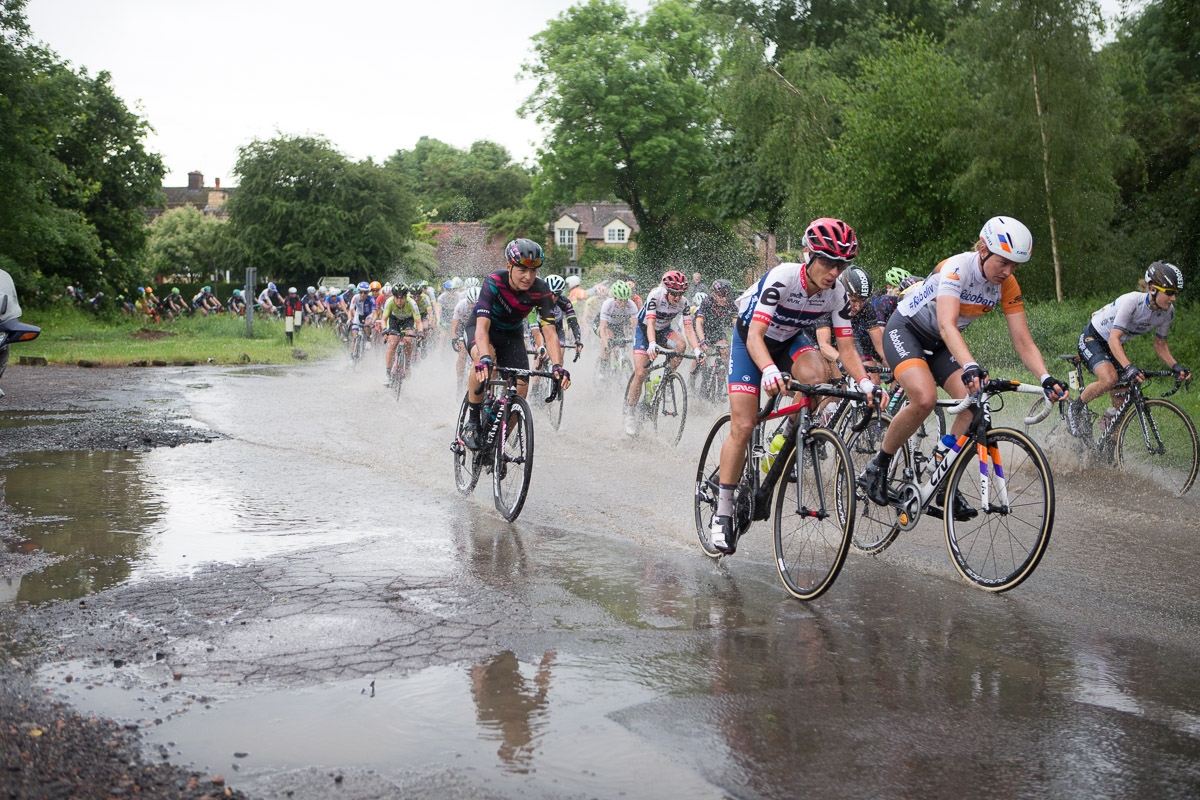 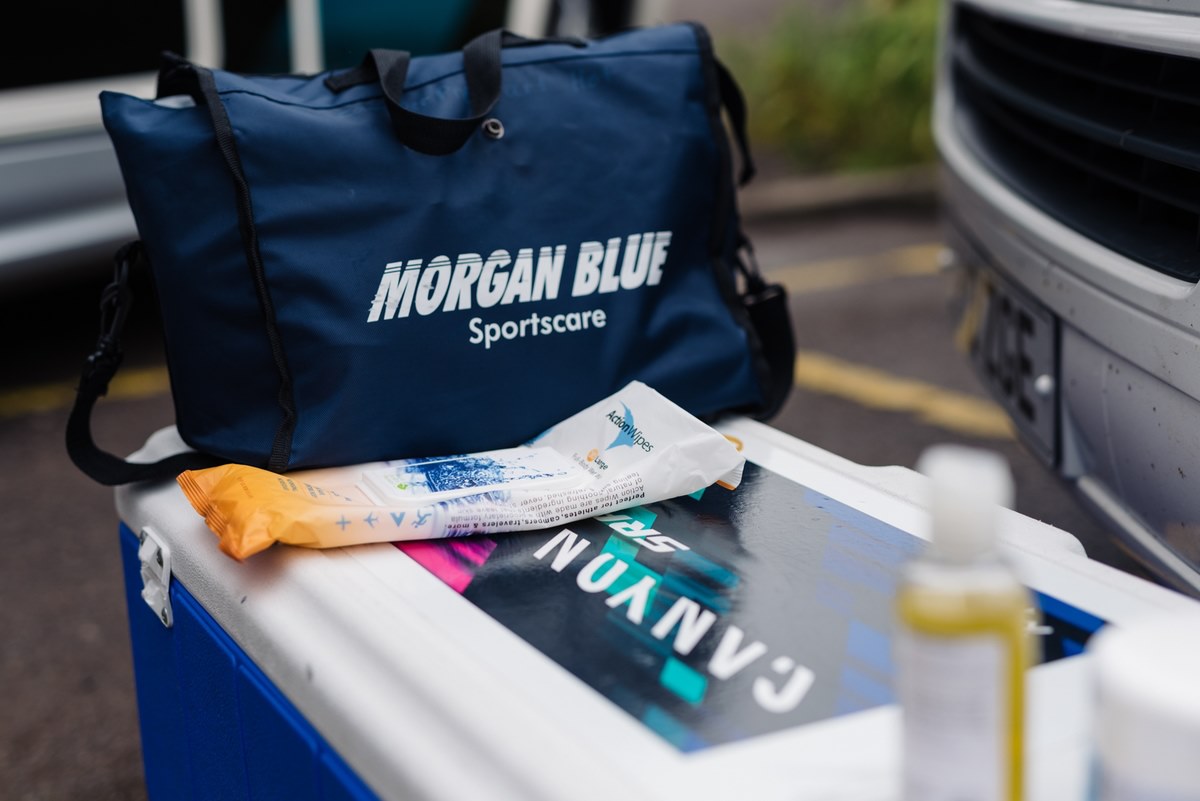 Lisa Brennauer sprinted to second place today on stage two at the Aviva Women’s Tour. The stage was won by Amy Pieters (WHT) by half a wheel from Brennauer, while Marianne Vos (RWT) was third.

The 140km and longest stage of the tour had heavy rain and even sections of flooded roads to make conditions even tougher. A duo breakaway of Dideriksen (DLT) and Jasinska (ALE) went away with around 30km to go but were caught by a select group of 25 riders after the final QOM. CANYON//SRAM Racing had four riders in the 27-rider group that would then sprint for victory in Stratford-Upon-Avon.

Elena Cecchini closed a late attack of Emma Johansson (WHT) around 1.5km to the finish. “Around 5km to go Tiff, Alena and I were all together with Lisa. But the pace was already so high and it was too early to start a full lead out at that moment. When Johansson went, I closed the gap which was a big effort. I am happy Lisa got second, and  we can be proud of the team effort today.”

After crashing in yesterday’s stage, Brennauer was able to recover for a powerful sprint today. “I had to start my sprint early, now we know it was too early, but I made the decision and it could have lasted or not. Of course I wanted to win and it was so close in the end. I’m disappointed not to win but I can be happy with second place today.”

Brennauer is now fourth on the general classification, 11 seconds behind Marianne Vos who took over the yellow leader’s jersey today. Brennauer’s team mates Cecchini, Alena Amialiusik and Tiffany Cromwell are all just 17 seconds behind the yellow jersey.

Tomorrow’s stage three, Ashbourne to Chesterfield, is considered the queen stage and an exciting race is anticipated. Action starts at 10:45 BST and can be followed live on the team’s Twitter @WMNcycling using #AvivaWT2016. A one hour highlight program is broadcast each evening on ITV4 as well as worldwide broadcasts in Australia (Fox), France (L’Equipe), and the USA (NBC Sports).