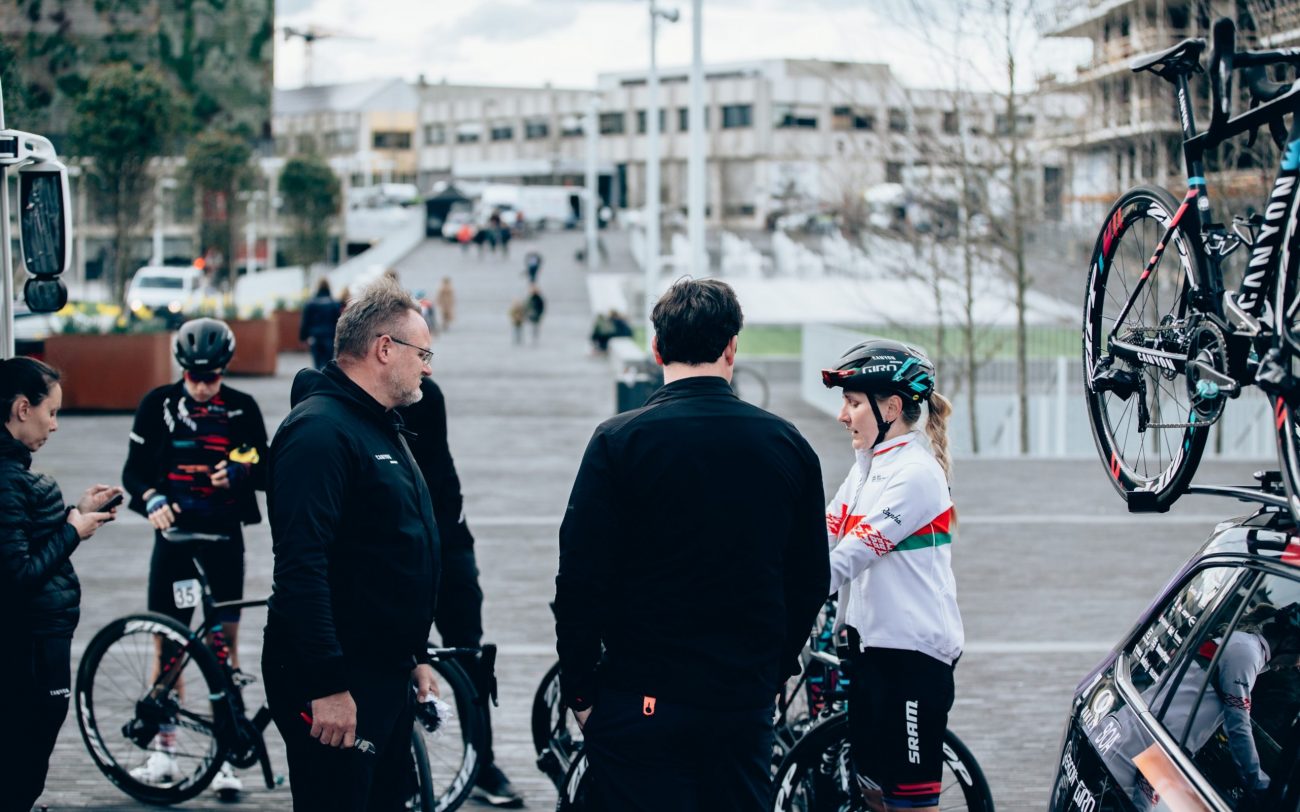 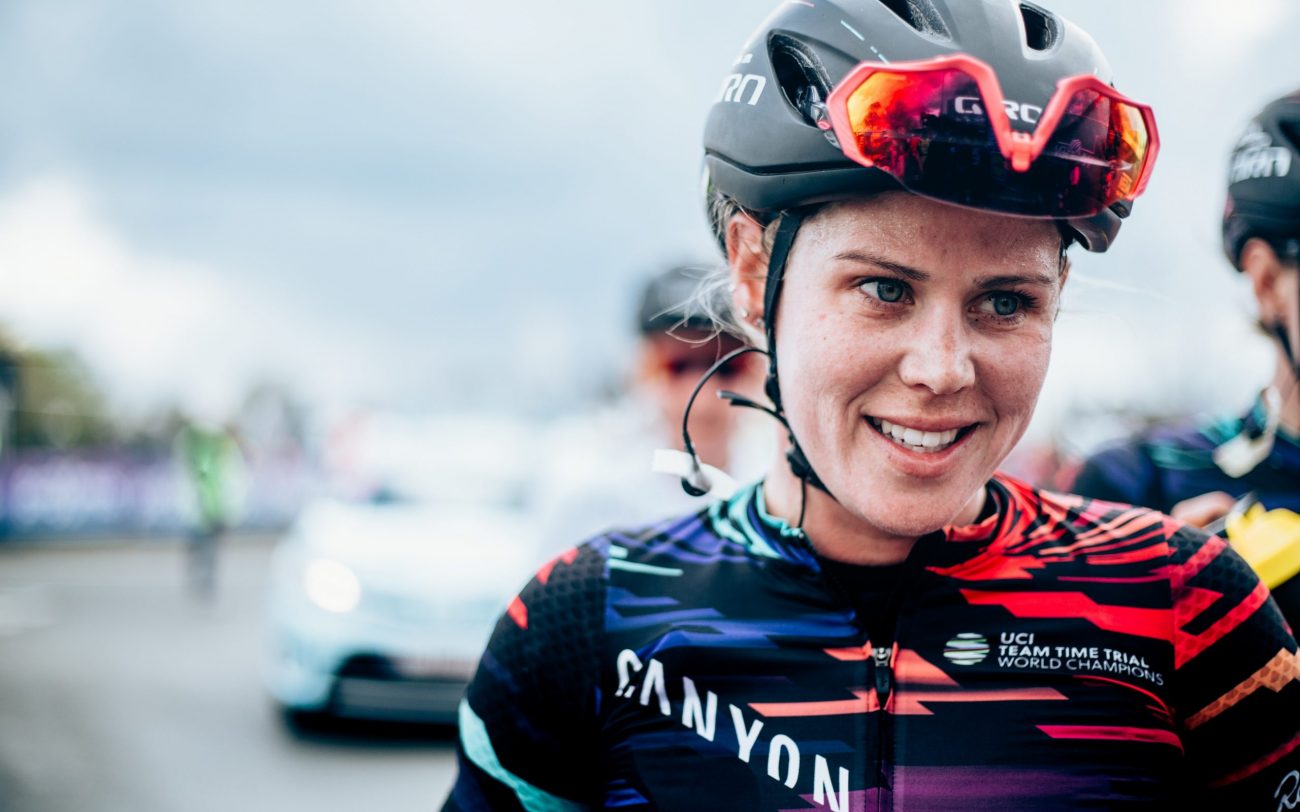 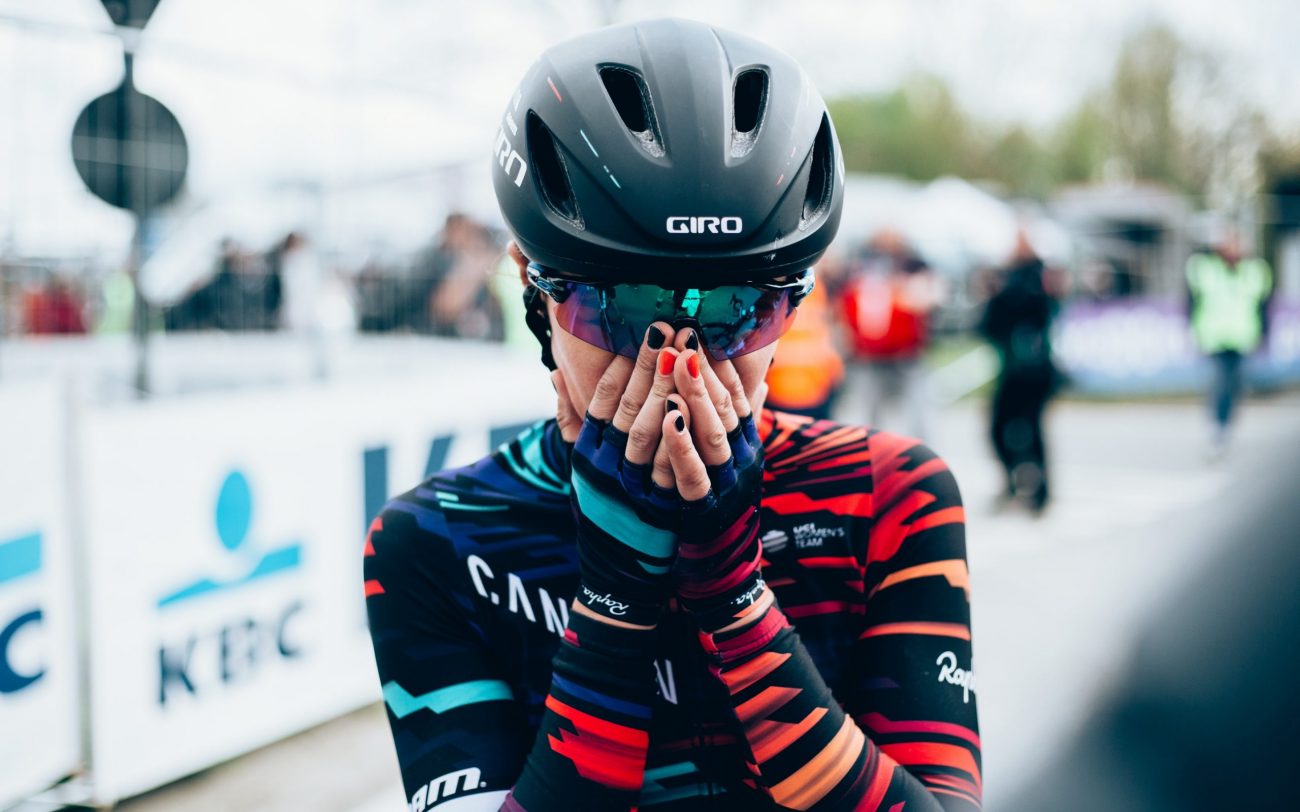 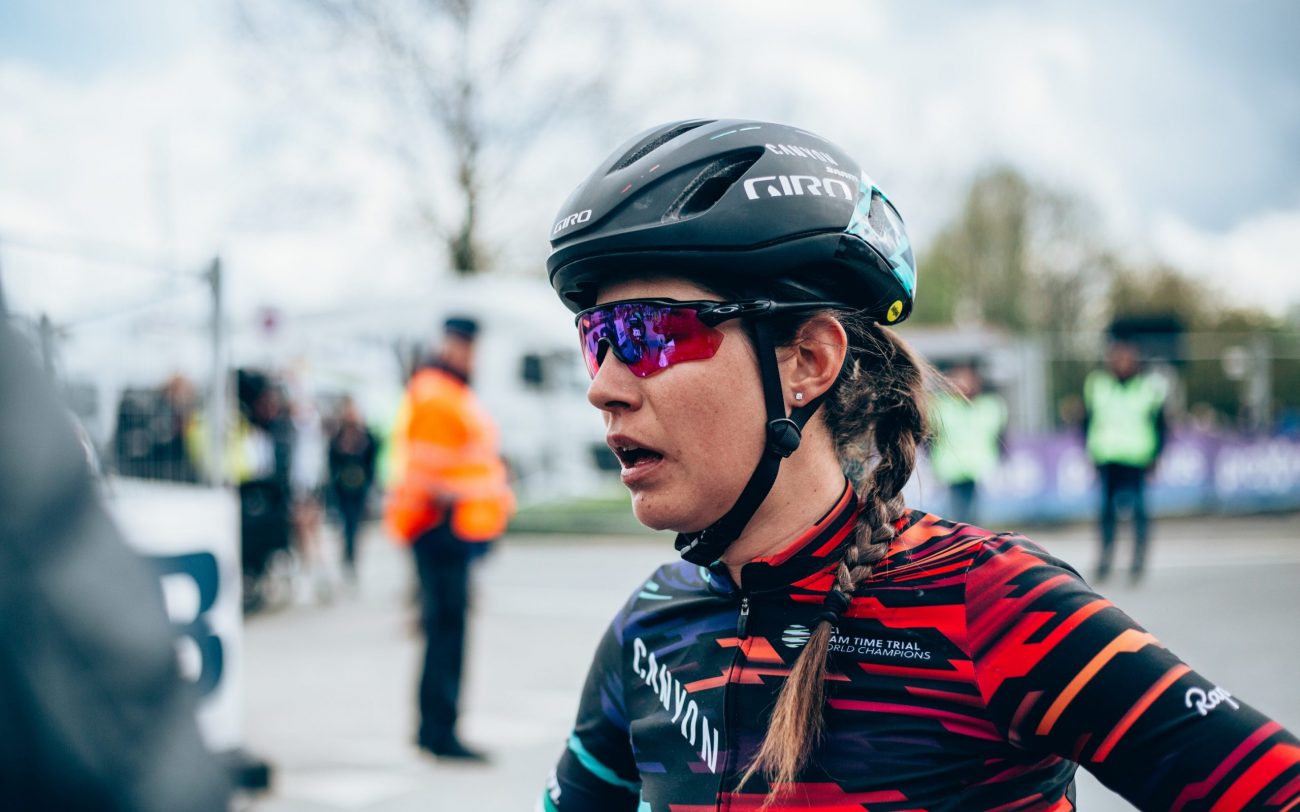 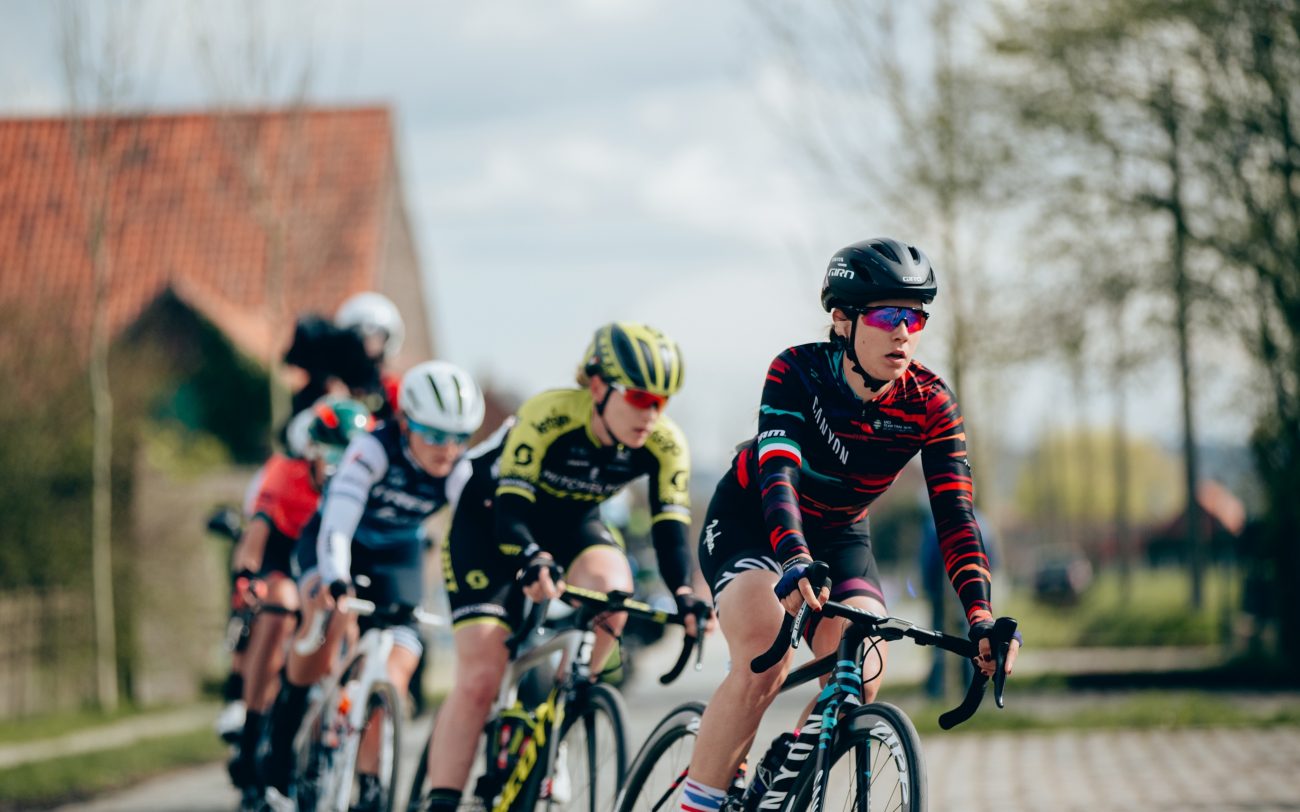 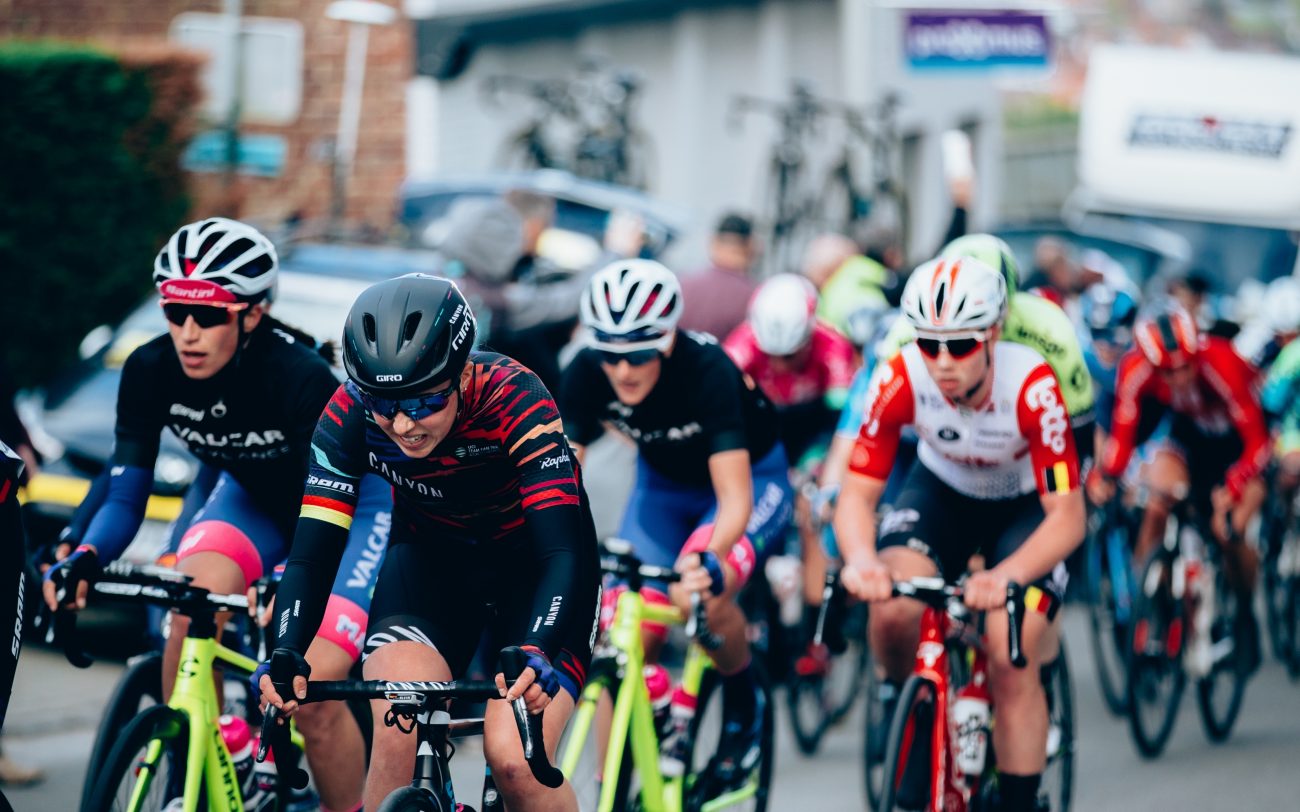 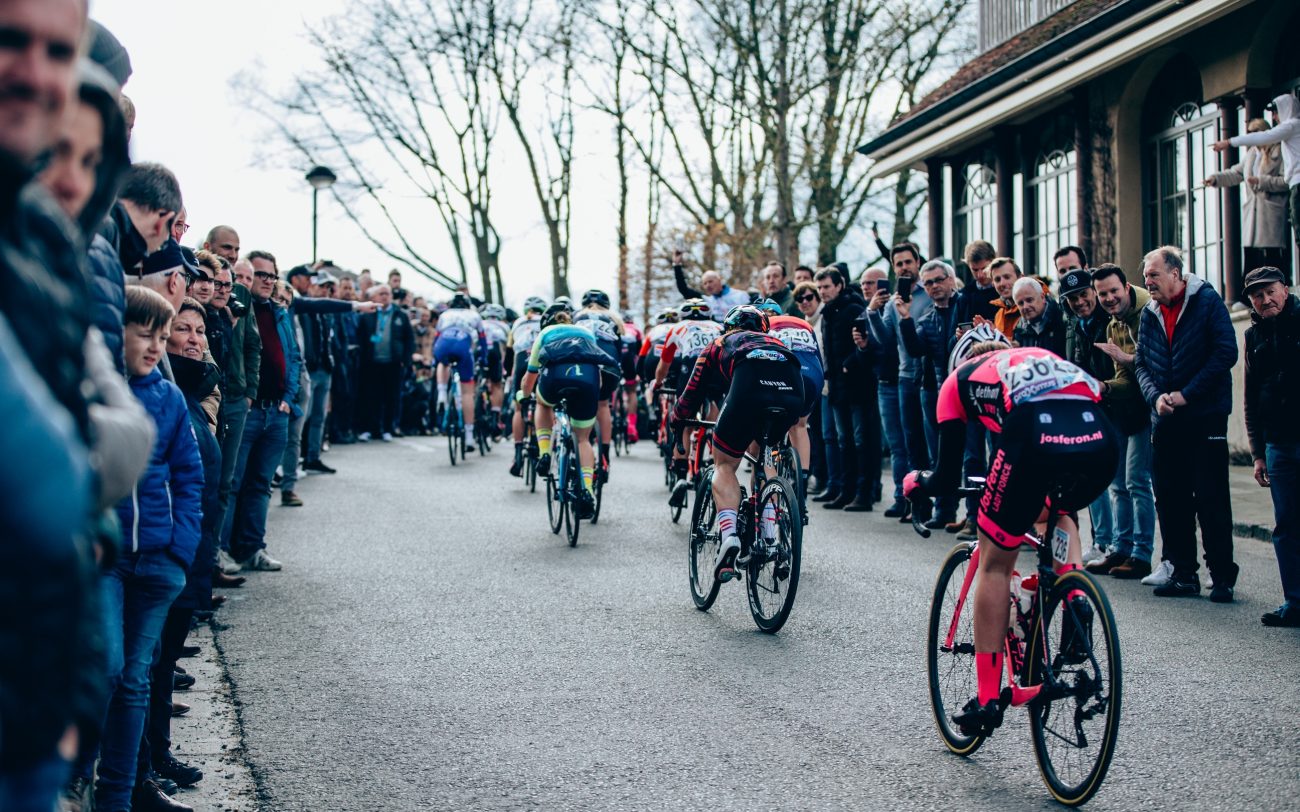 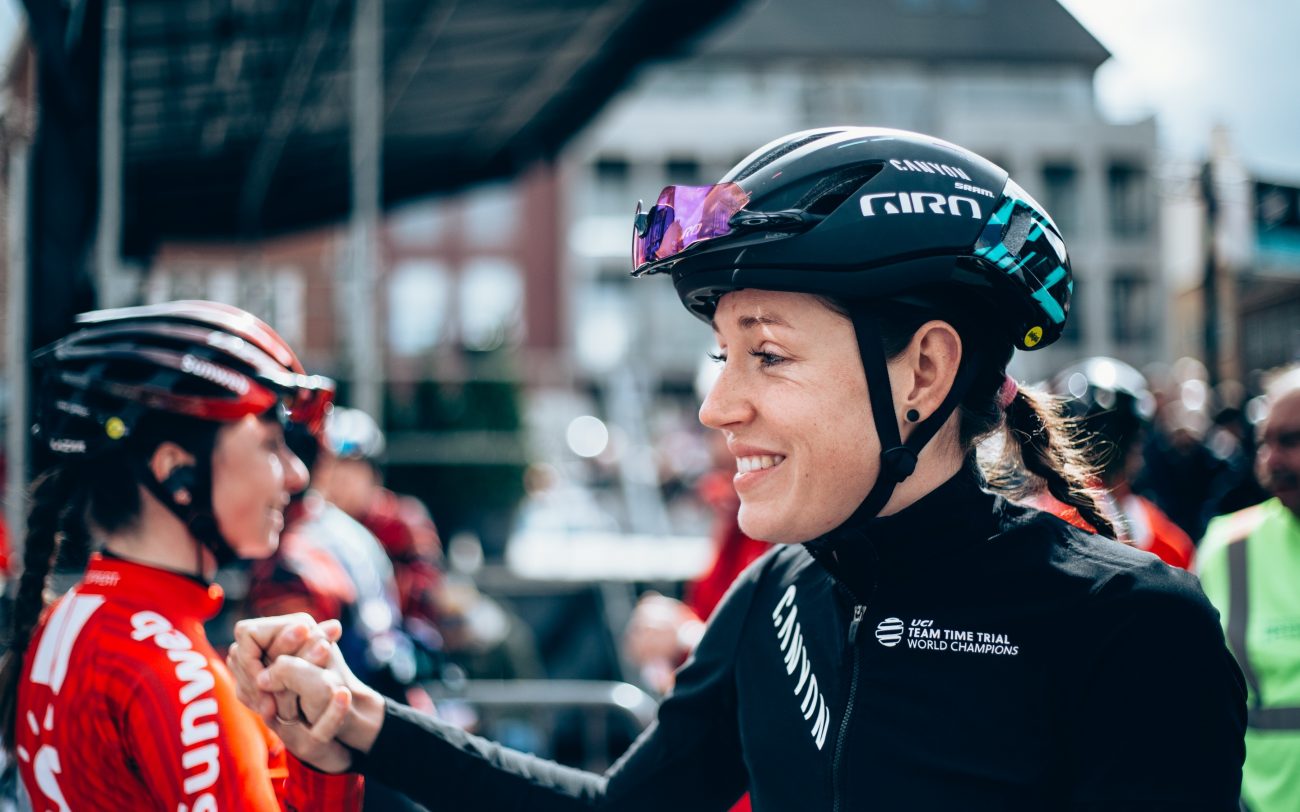 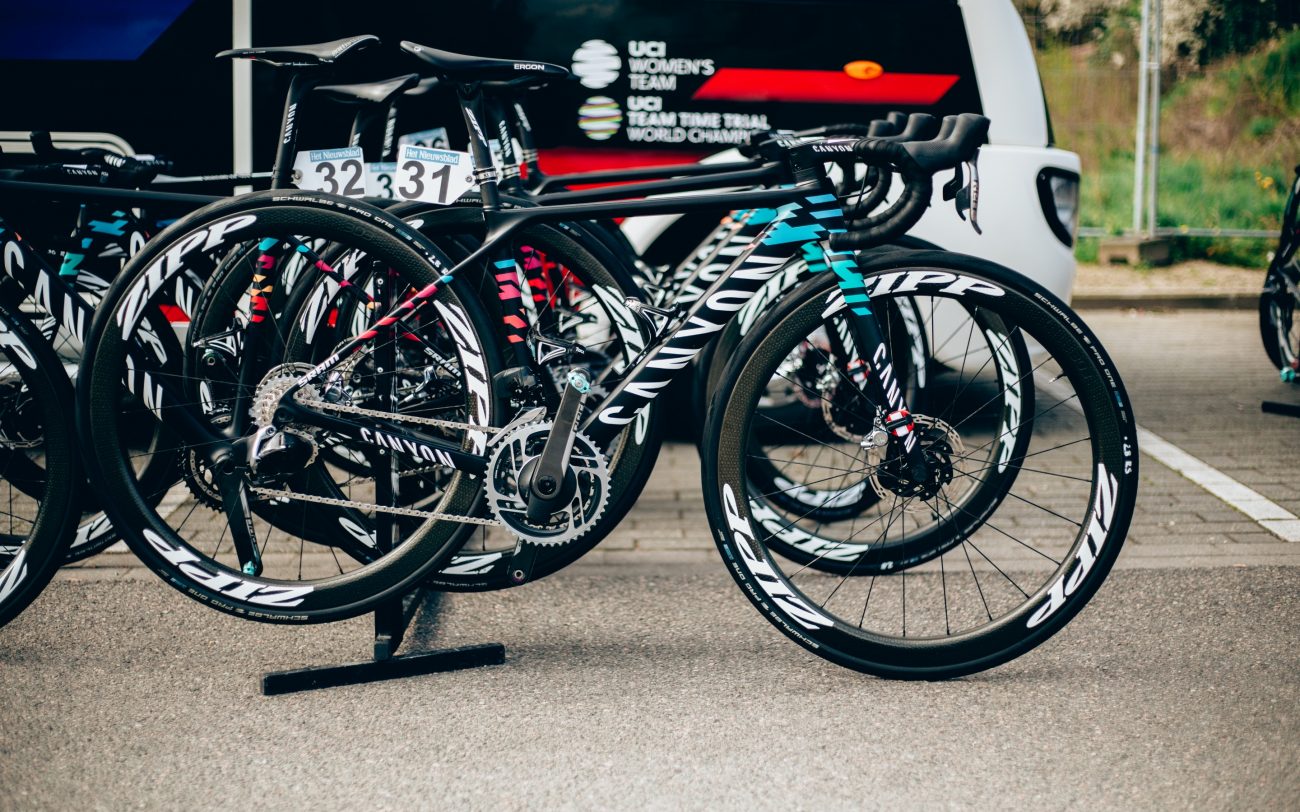 Elena Cecchini from CANYON//SRAM Racing just missed stepping onto the podium when she sprinted to fourth place in today’s Dwars Door Vlaanderen in Waregem, Belgium. The 107km race was won by Ellen van Dijk (TFS) with Marta Bastianelli (TVC) and Lucinda Brand (SUN) in second and third respectively.

Kasia Niewiadoma’s attack on the Côte de Trieu caused the main break of the day with 11 riders, including Cecchini, going clear with 45km left to race. Van Dijk’s solo move came before the penultimate climb of the day and still with one cobblestone section remaining. Despite Niewiadoma and Mitchelton-Scott trying to close the gap, the chase group were battling only for the remaining places on the podium as van Dijk took a 32-second solo victory.

Read the reactions from each of the riders below.

“As we thought, the selection was made on the Côte de Trieu, and then with the wind favourable to the escapees we went away to the finish. Van Dijk was smart and attacked where the concentration in our group was low. Kasia and I divided the work over the last kilometres, and she did even more so I could save myself a little bit somehow for the sprint. I chose the wheel of Bastianelli for the sprint but then Brand and the girl from Movistar closed in on me and I either had to brake or fall. I broke, and I couldn’t make it back for the podium.”

“The first hour of the race was super boring! We had head wind so all attacks were negated. When the climbs started, the race started seriously! I felt good! I managed to attack on the second climb and it created an 11-rider group with Elena. I was happy to have her with me and it was clear from then on, that we would go for her. There were lots of attacks and the moment when Ellen (van Dijk) attacked I had lost my sharpness and didn’t immediately follow. We’ve tried to chase but there weren’t many others interested to do that, so then we raced for second place.”

“I think we had a good plan tactically. We were all in good position on the Côte de Trieu, Tiff had set up us well to get there too. I was the first one who couldn’t quite make the split in Kasia’s group, and I was pretty unhappy with myself for that. But it was a good situation with Elena and Kasia there. Alena was with me straight away after this, but we just had to sit there and wait.”

“We covered some attacks and kept being alert for the rest of the race. I felt bad to hear in our radio that Kasia was having to chase, because if I was there, that would have been my job to help. In the final I asked Tiff for a lead out, and though it wasn’t for any top ten result, it was still good to practice that scenario and to win the bunch sprint.”

“Overall I think we can’t be too disappointed with our race. As a team we raced a strong race and rode to the plan that we had. We knew the race wouldn’t properly start until km 50 when we hit the Kluisberg. Kasia went on the attack and that created the group of 11. We had two in there with Kasia and Elena.”

“In the group behind we just needed to sit and be alert if there were any counter attacks or the break came back. As we saw, it stayed away and unfortunately Ellen was able to escape and never came back. I know Kasia and Elena did everything they could up there. It sounded like the sprint didn’t go Elena’s way and it’s a shame that she just missed out on the podium.”

“We’re all in good shape and ready for Flanders on Sunday.”

“With Kasia and Elena in the final break, we had the scenario we were hoping and aiming for. The girls did a great job, unfortunately without stepping onto the podium in the final, with Elena being boxed in in the sprint. With Lisa taking the bunch sprint for 12th, she showed what she’s capable of. Tiff (Cromwell) was an awesome leader as always. Alena wasn’t her usual super-strong self, and I didn’t have the best day today either and struggled with the high pace in the climbs.”​

“Oh, I didn’t have the best legs today! The team was good and we had a really good situation with Elena and Kasia in the front group, so in the second group we weren’t helping the chase to bring them back. As a team it was a good race and now we’ll be focusing on Sunday’s Flanders race.”