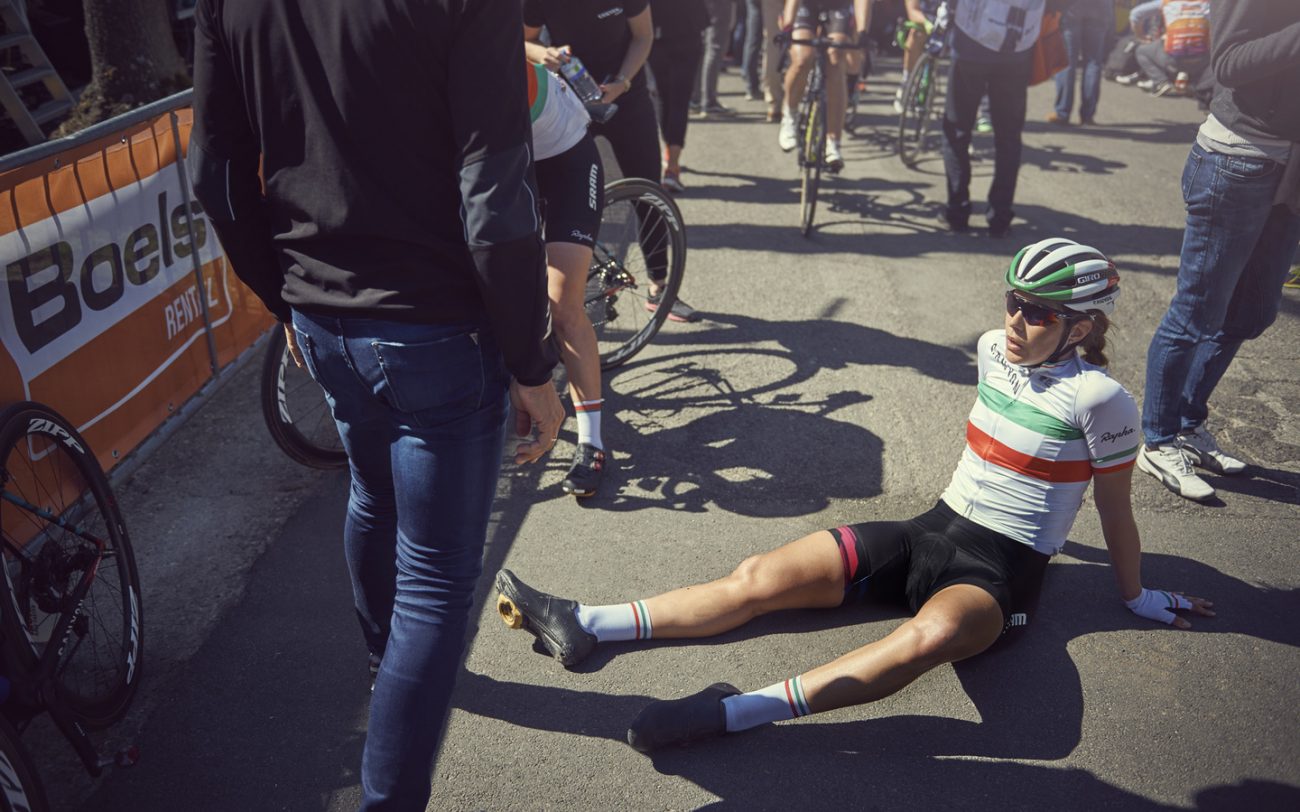 After finishing just off the podium in the time trial on 22 June, Cecchini has turned the tables on Longo Borghini to take the win and write her name alongside one of her idols and former Italian champion cyclist Maria Canins. The only other Italian woman to have achieved such a feat, Canins was a former cross-country skier before turning to road cycling in the 1980’s.

“I’m really pleased with this result. Not just the win but the way I did it today,” said Cecchini after the finish. The 120km race was six circuits around the Brescia province of Lombardy in northern Italy. “The first four laps had a climb that was 1km but only 4-5% so it was too short to make a big difference in the peloton. The final two circuits we turned right and the same climb was extended to 1.5km with a 300m section that was really steep.”

On the penultimate lap and the first ascent of the short but steep 20% gradient Longo Borghini attacked and quickly established a 20 second lead in less than 300m. “With my military team we could bring back that gap to Elisa on the second last lap. I know that she is in such strong form and after seeing her put in the attack and the gap she could gain, I knew that I had to go away before that final climb.”

“So on the final lap I attacked. At one point I lost an overview of how long to go because I was just focused on the attack and I had a headwind and it was so hard at that moment. I saw that I had a 15 second lead and when I passed 10km to go I thought ‘oh my, I’m not going to be able to do this.’ But I just kept going full gas and when I got to the final climb I had 30 seconds on Elisa, and at the top still 20 seconds. So I went full gas on the descent and then there was just 1km to go. When I passed the finish I had to lie down. I was exhausted.”

Cecchini admits her tactical skills have developed since joining CANYON//SRAM Racing. “This is why I’m so happy with the win today. Of course three in a row is great and this is amazing. But usually I’m not the best to go solo, and in fact it’s probably a weakness of mine. So to read the race situation, to try something like this, and to win in this way….I’m just so happy with this. It’s really good for my confidence and I can be more relaxed going in to the second half of the season.”

Cecchini’s team mate Barbara Guarischi finished in the second group and together they will next race the Giro Rosa. Tomorrow the trio of German riders will have their road race, with time trial winner Trixi Worrack, Mieke Kröger and Lisa Brennauer racing in Erfurt. While Hannah Barnes will take on the British peloton in Stockton-On-Tees as she looks to take her first elite road title.