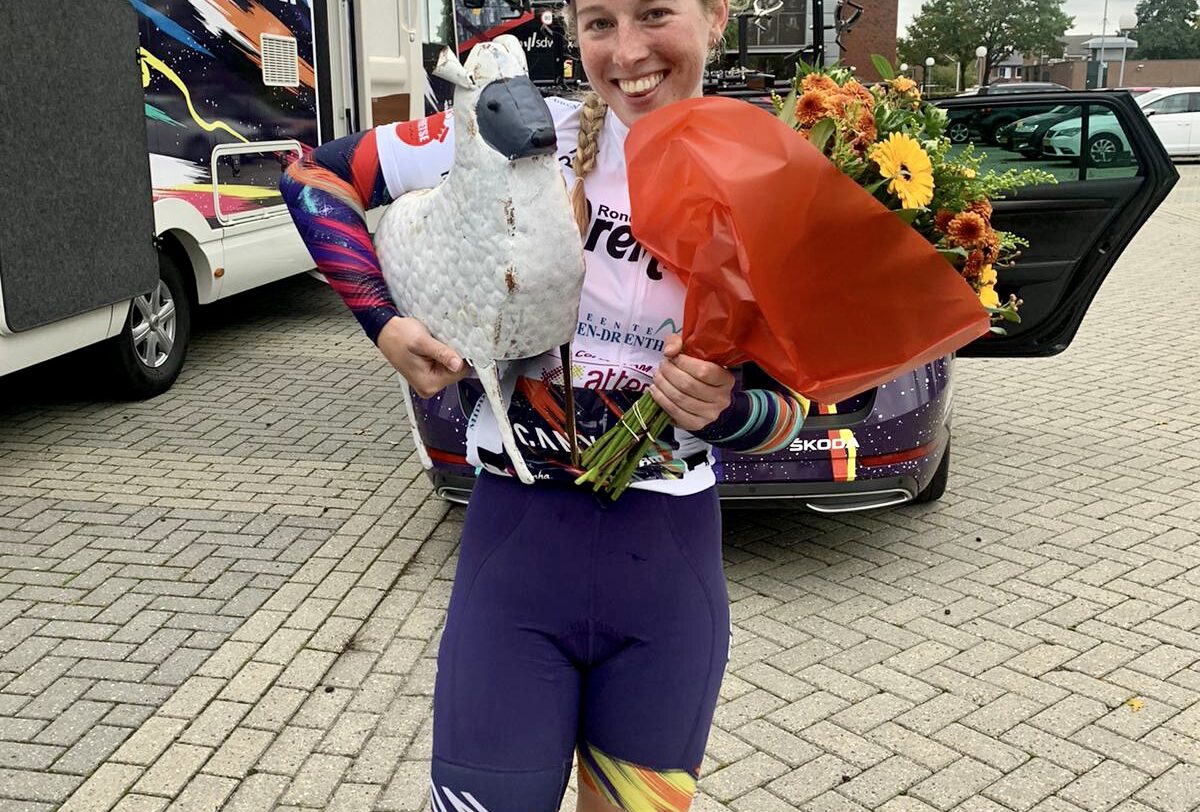 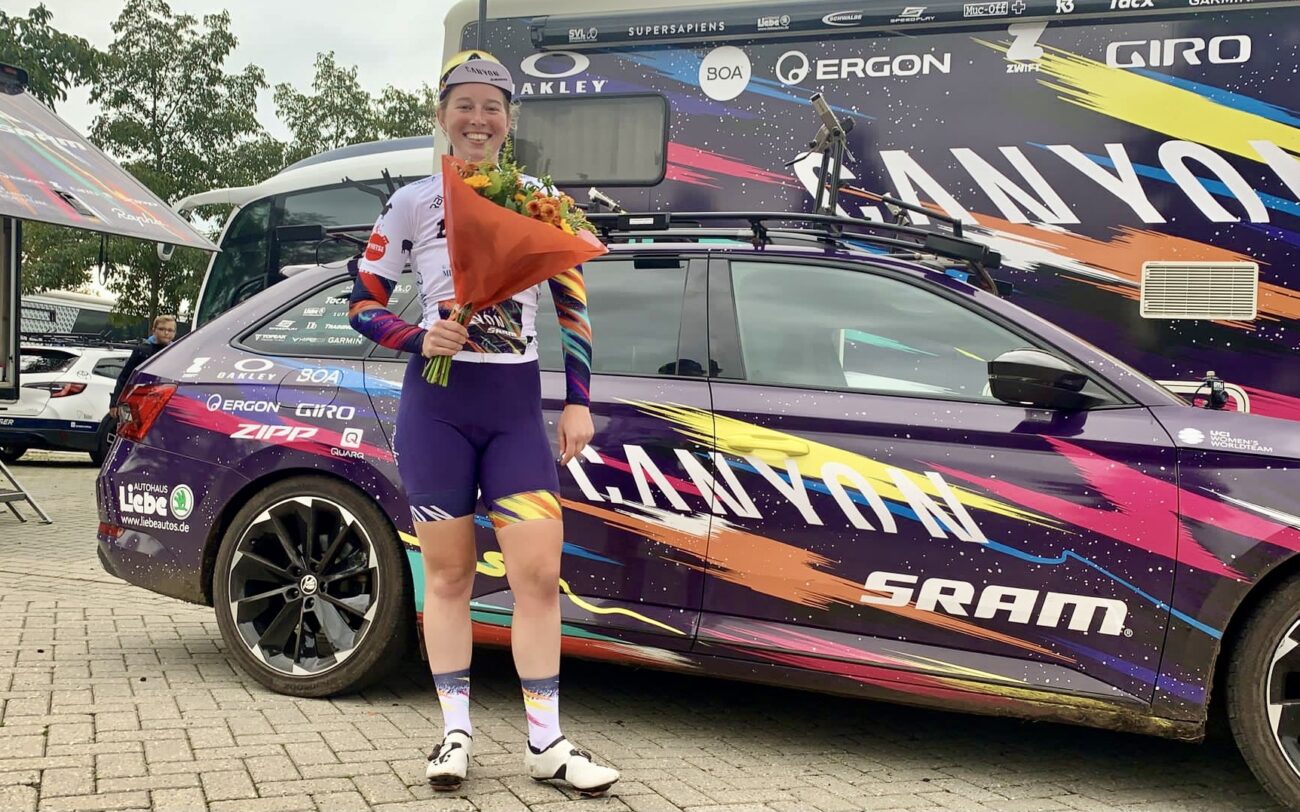 After an exciting finale, Elise Chabbey sprinted to fourth place in today’s Ronde van Drenthe in Hoogeveen, The Netherlands. Elise created a three-rider move that went clear on the final ascent of the VAMberg, later joined by another four riders for the fourteen-kilometre run into the finish line. The race was won by Loriena Wiebes (DSM) with Elise emptying the tank to finish just off the podium.

“I actually really liked this course,” said Elise after the race who was both happy with her race and disappointed not to have stepped onto the podium.

“With the cobblestone sections at the beginning and the VAMberg three times in a row at the end, it was open for many different scenarios. I really like the VAMberg climb! It suits my strengths and the amount of punch that I have. I would be really happy to come back and race Drenthe again and aim for a podium result,” added Elise.

CANYON//SRAM Racing was always present in moves throughout the race with Alice Barnes part of a two-rider breakaway that skipped away with 40 kilometres remaining, only to be caught just before the last climb. Alice collected classification points and took home the queen of the mountain jersey for the team.

“I’m happy to have been in the move then and was hoping that we could have stayed away for the final climb also. We shared the workload as a team throughout the race and aimed to create our opportunities in the final 40 kilometres. We did that, and we ended up with fourth for Elise and I got the QOM jersey. It was good to end the season with a motivated team and fighting hard for our goals,” said Alice.