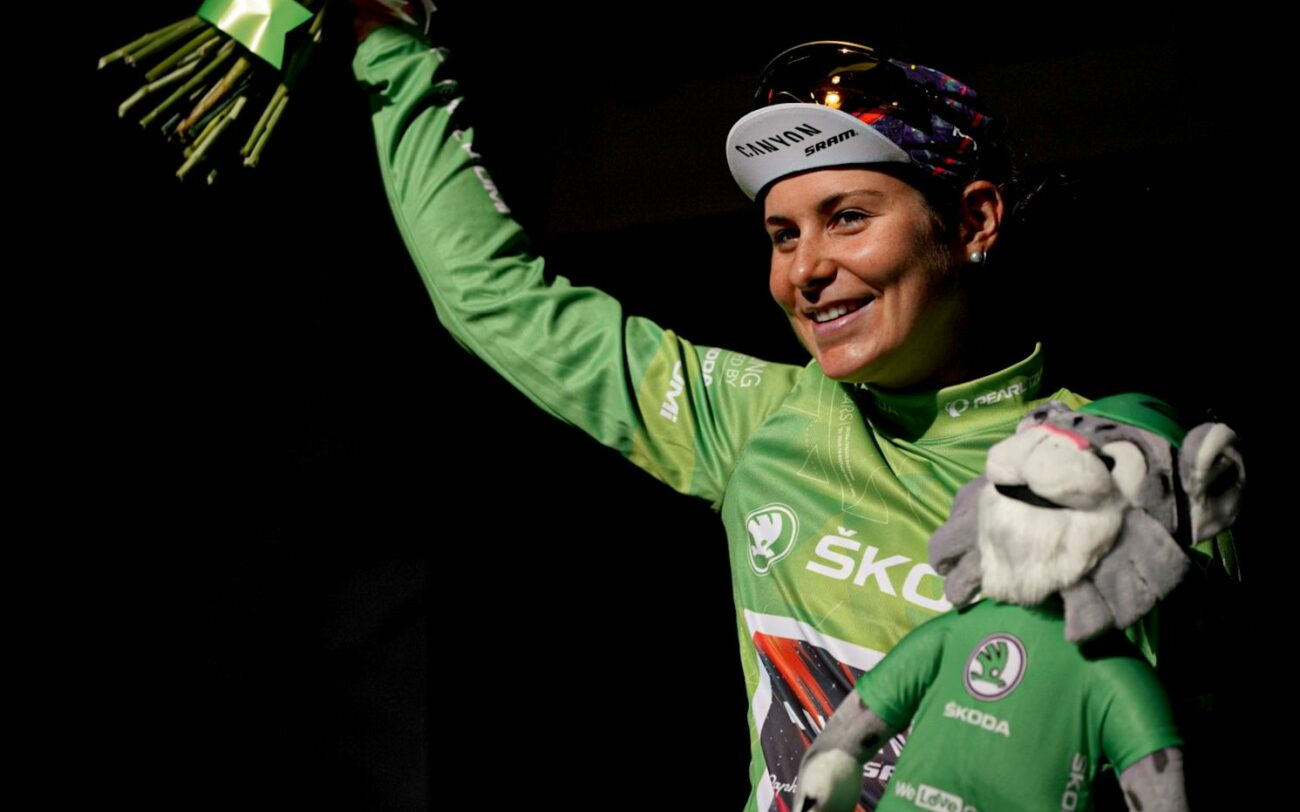 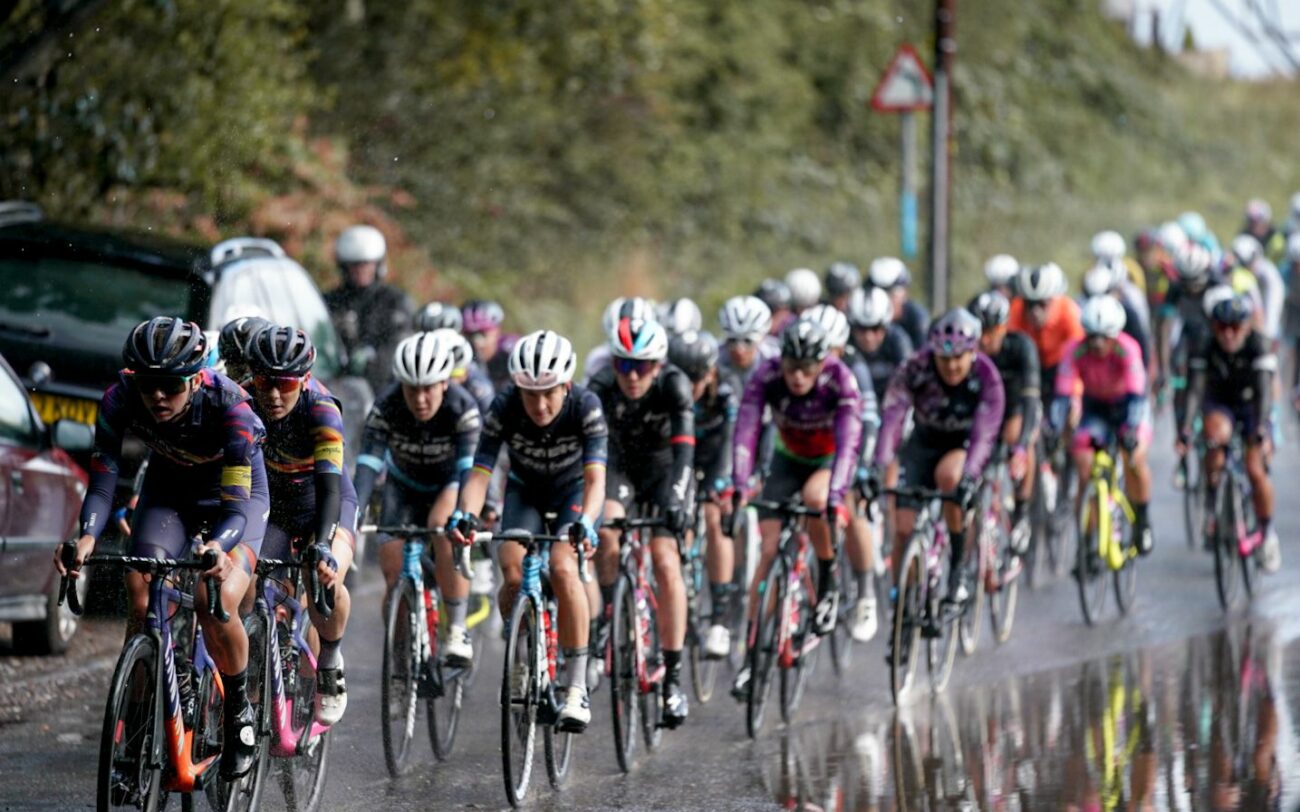 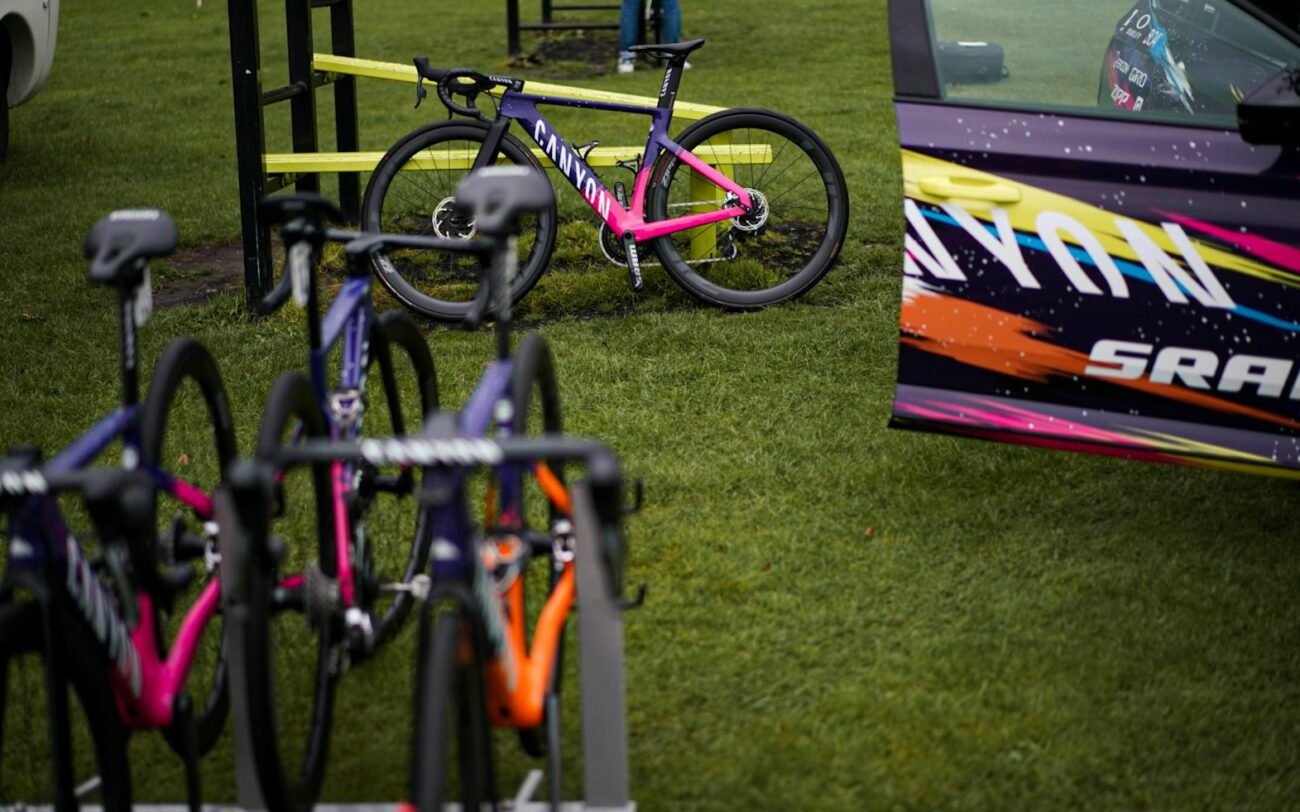 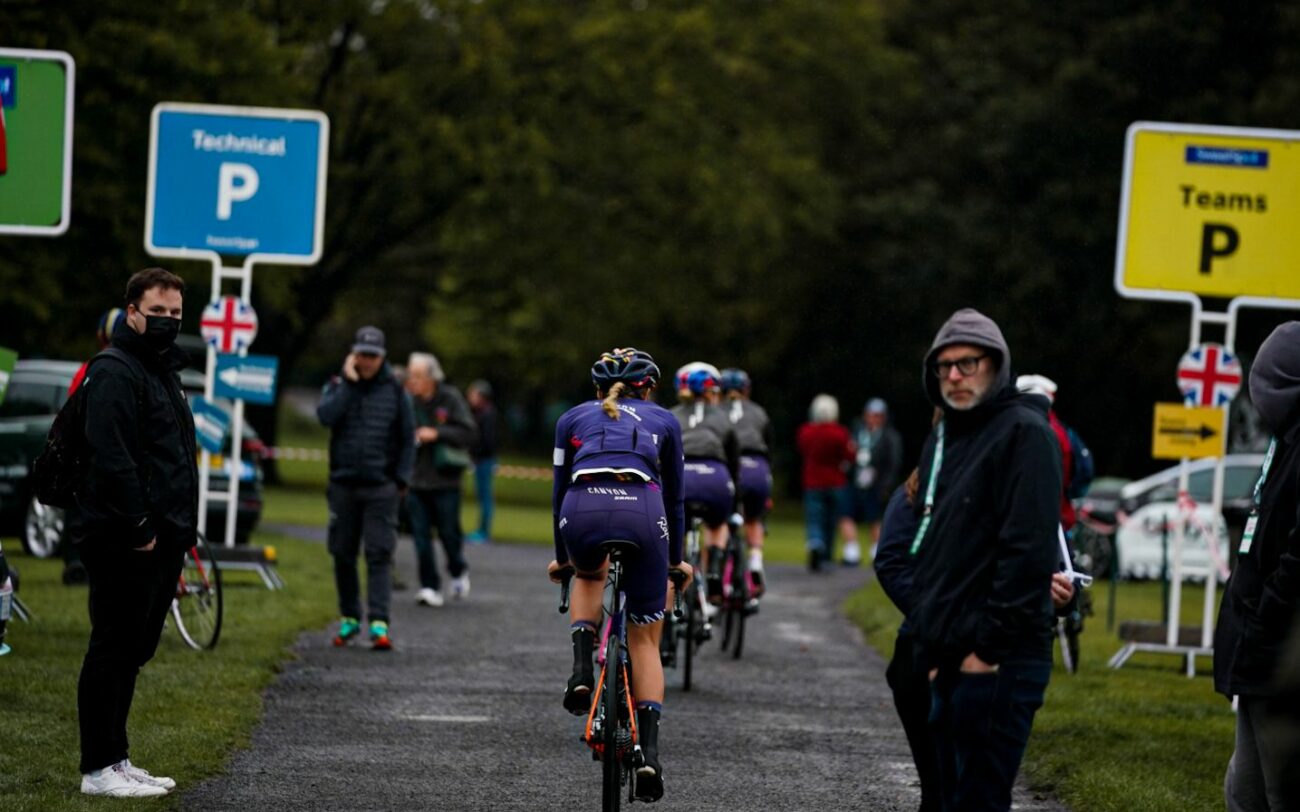 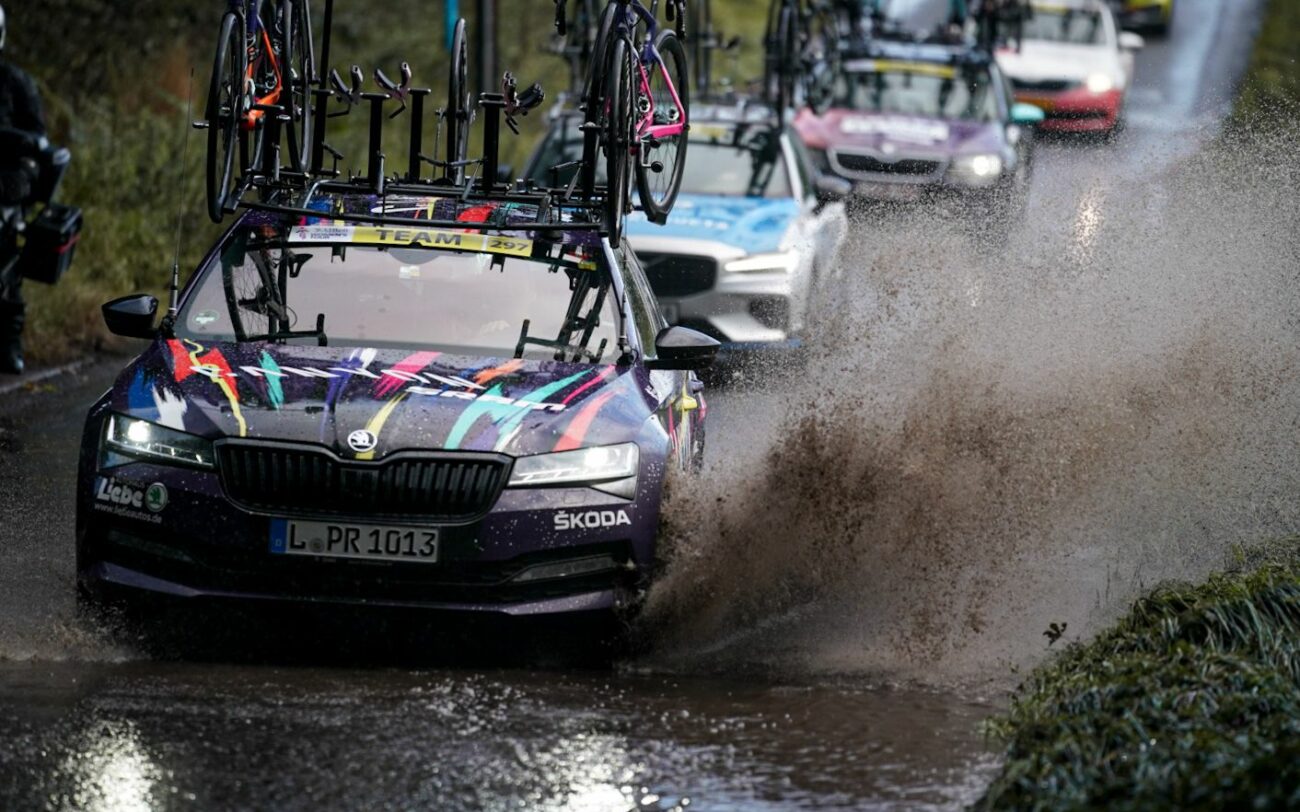 Elise Chabbey is the new leader of the Skoda Queen of the Mountains classification after today’s second stage of the AJ Bell Women’s Tour in Walsall. Chabbey won maximum points on two of the three intermediate classifications, while teammate Ella Harris snapped up the points in the third.

It was an action-packed stage from start to finish with the race situation changing on several occasions. Elise was also part of a ten-rider move that went away late on the final circuit. The group sprinted to the line ahead of the peloton, with Amy Pieters (SDW) taking stage honours and Elise sprinting to fifth place.

“The QOM wasn’t really a target but we were in a good position the first time so we just decided to go for it. After I won the first, then I tried also for the second. I didn’t really have to go too deep and it’s nice to step onto the podium for the team. I’ll also probably get to wear a green skinsuit tomorrow too which I like,” joked Elise after the podium ceremony.

Elise described the final kilometres. “Amy did a good attack on the last lap and I followed her. We were a group of ten riders but it was only myself, Amy and Demi (Vollering) who were working, even though some other teams like DSM and Movistar had two riders. But I wanted it to stay away, so I did my turns,” described Elise.

“I was told to try and attack at 2km to go but it was a headwind so it wasn’t such a good idea. After I was caught I was quite tired in the sprint. I tried to follow the best wheels but I could only get fifth.”

Tomorrow’s stage three is a 16.6-kilometre individual time trial (ITT) around Atherstone. It will be the first time the AJ Bell Women’s Tour has included an ITT and it’s expected to shake up the general classification. Elise jumped up thirteen places into sixth in the GC, behind new leader Clara Copponi (FDJ).

The race can be followed on Twitter with #WomensTour. There is no live broadcast but daily highlights can be found on ITV4, GCN+ and Eurosport. The start times for CANYON//SRAM Racing riders in the ITT will be 12:46 Alice Barnes, 12:58 Ella Harris, 13:00 Hannah Barnes, and 13:18 Elise Chabbey.