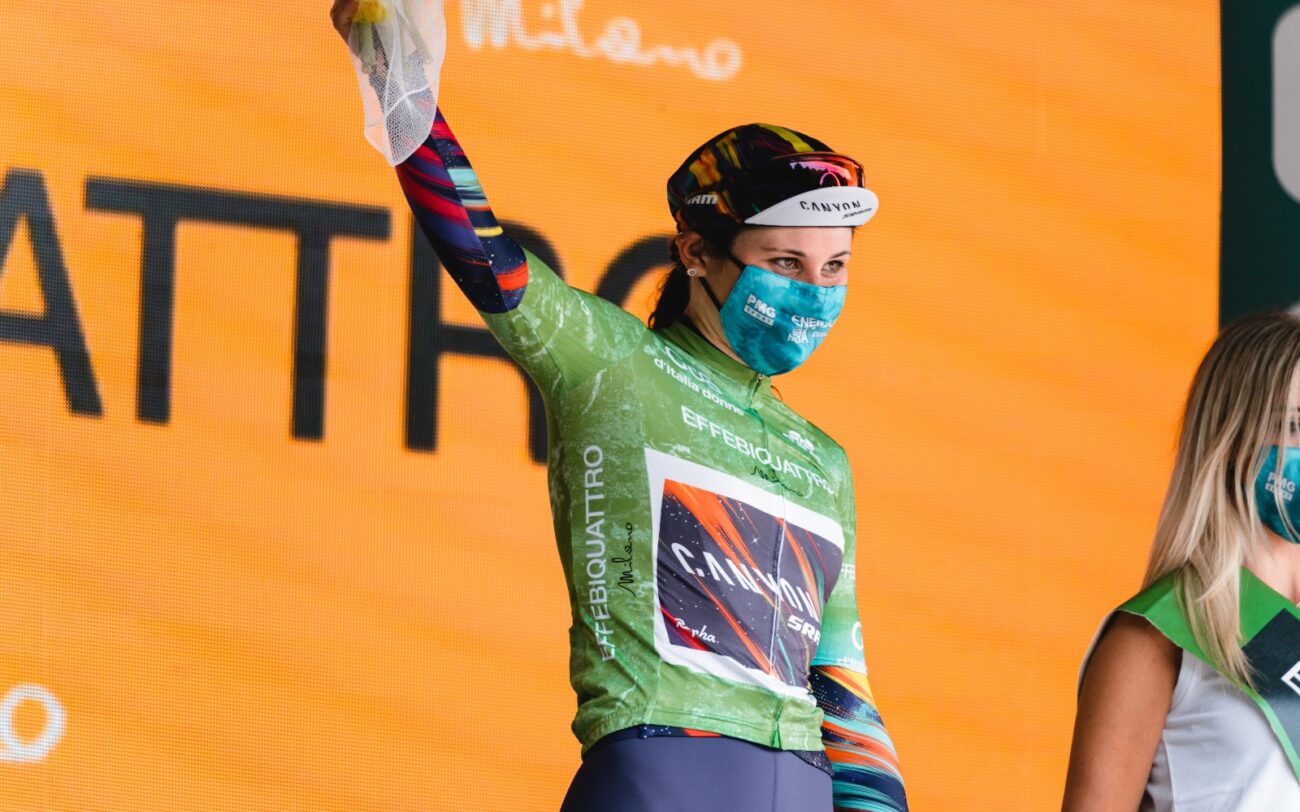 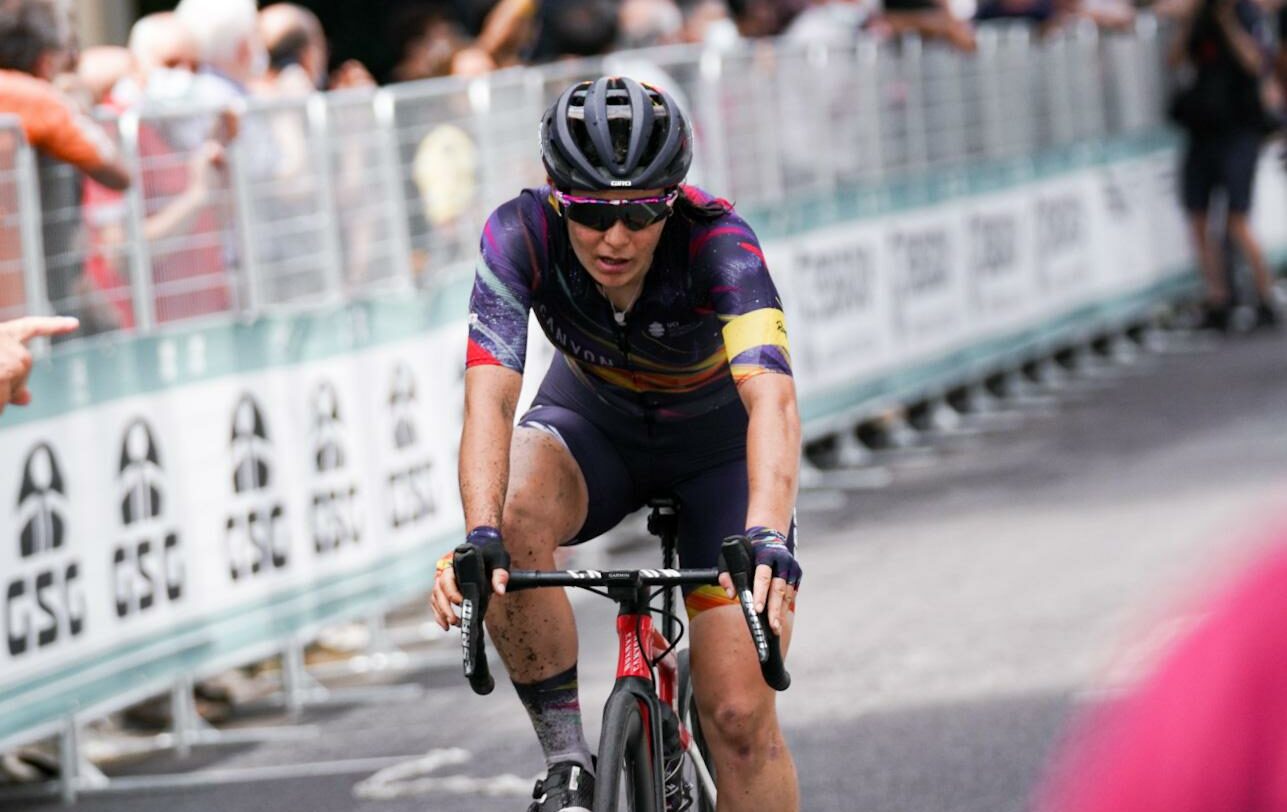 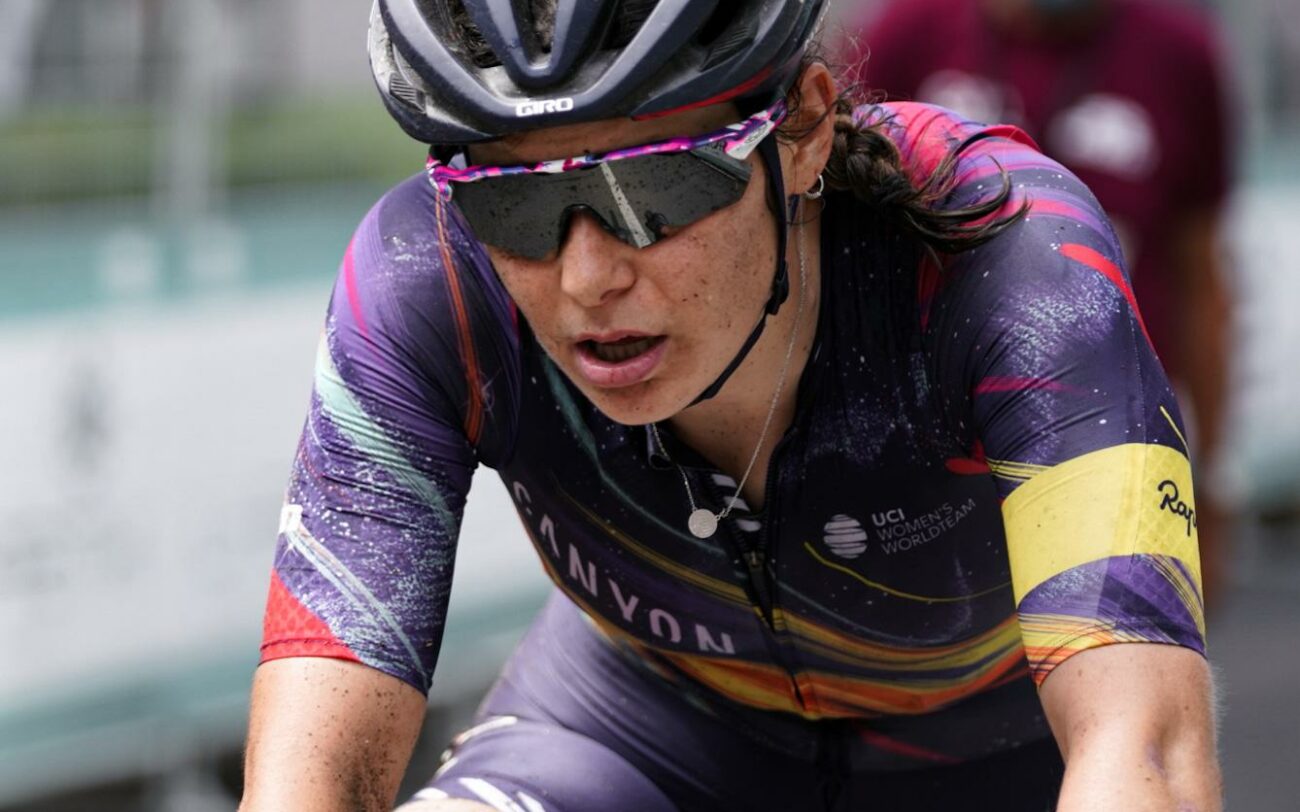 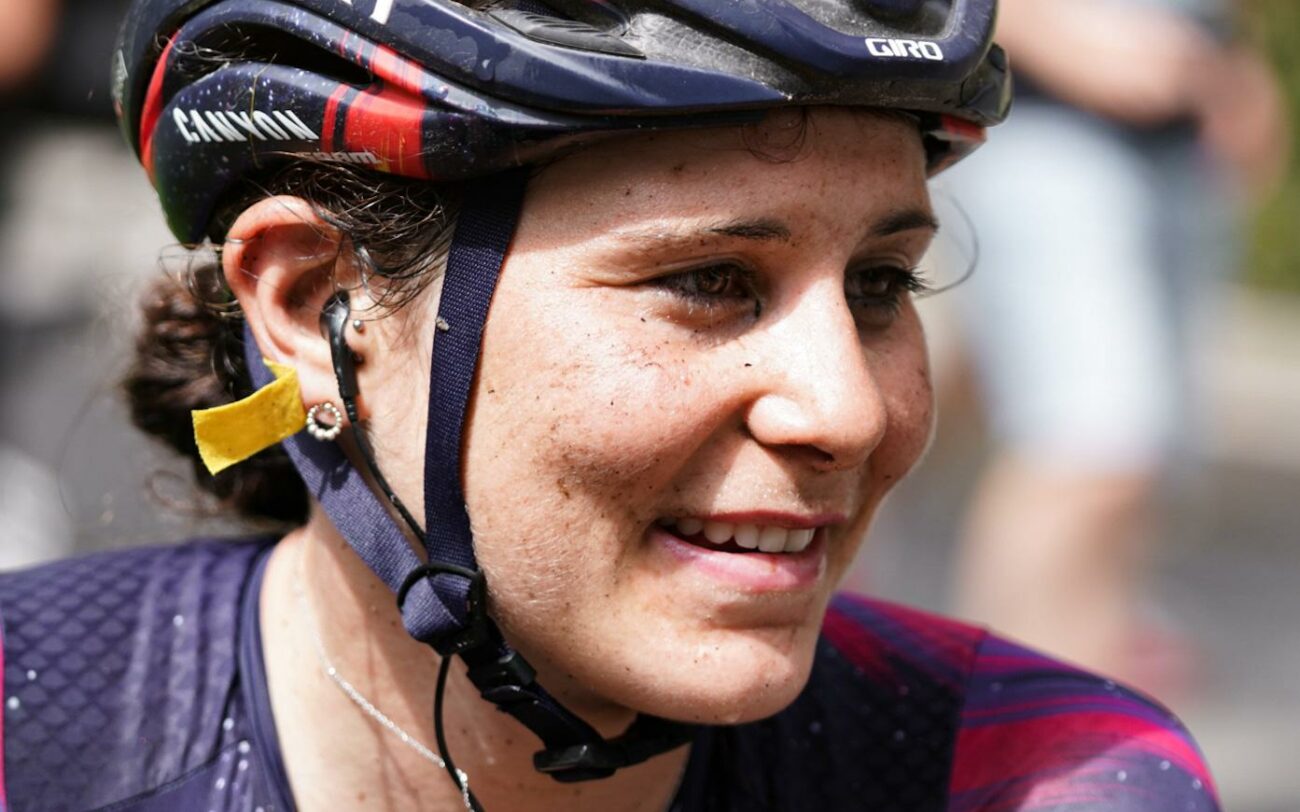 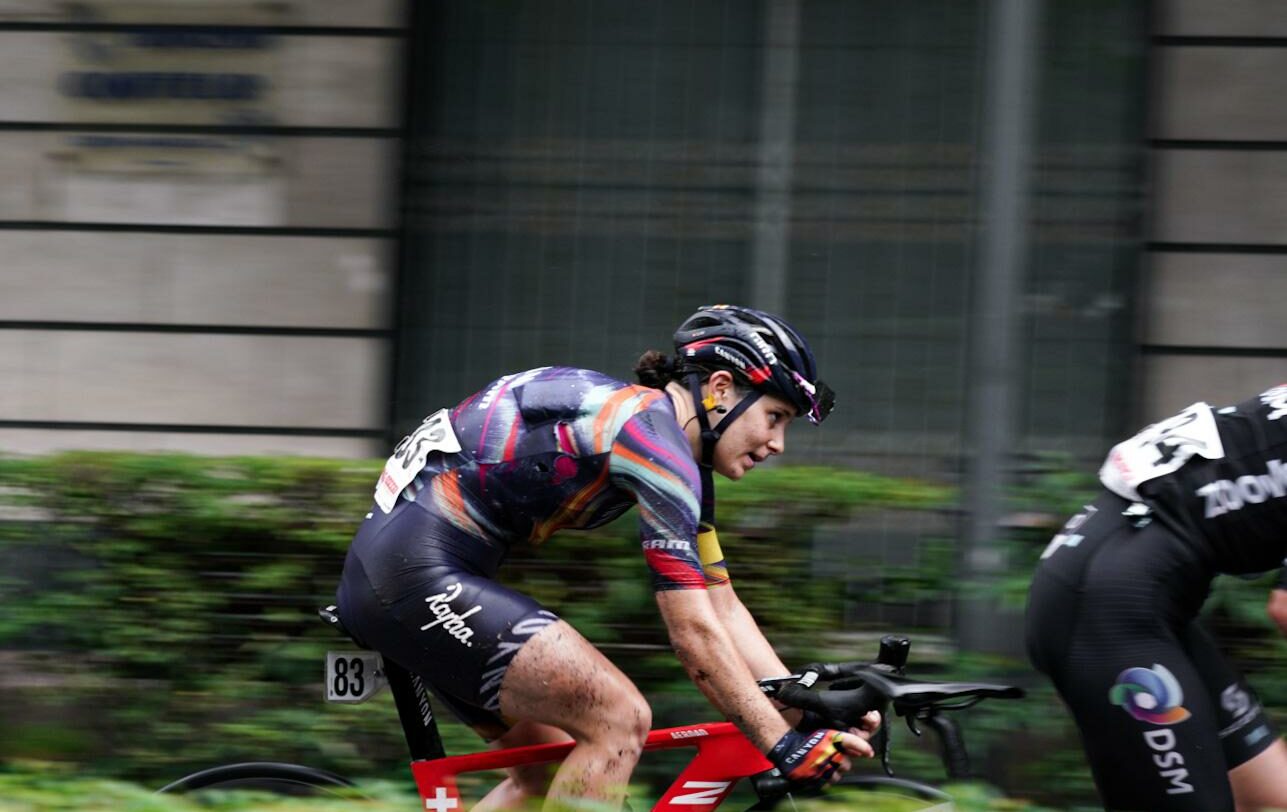 Elise Chabbey relished the wet conditions on today’s third stage of the Giro d’Italia Donne. The rain started soon after the start in Casale Monferrato and continued for most of the 137-kilometre stage. Elise was part of a four-rider breakaway that sprinted to the line in Ovada, more than three minutes ahead of the peloton. The stage was won by Marianne Vos (JVW), with Chabbey finishing fourth and taking the lead in the mountain classification.

The former Swiss road champion initiated the breakaway in a downhill section with still 55 kilometres to race, and was forced to fight to stay in contact to the breakaway after crashing on the descent.

“Mikayla (Harvey) had just attacked on one of the climbs. I countered just near the top and kept going as it went into the downhill. At that point we were in three: myself, Lucinda Brand and Lianne Lippert, but my back wheel slipped out on one of the corners and I came down,” explained Elise.

“Soon after I crashed, Marianne caught me and I had to be pretty quick to get up I went so deep just stay in her wheel. Mikayla was also there with us too. Marianne closed the gap actually to Brand and Lippert but just as we got there, Mikayla unfortunately was dropped. For a long time, I was really struggling. I needed a lot of time to recover from the effort to get back to the leaders!”

The four riders extended their gap to over four minutes at one point, making it clear the break would battle for the stage victory.

“With about 20 kilometres to go I started to feel better again. I thought ‘okay maybe I can do something in the sprint’. With a kilometre to go I was at the front and they were all in my wheel and I just didn’t know what to do to be honest. I tried to launch early and force them to go to the front but it didn’t work. At the end I was just tired and I didn’t have the energy to get a result,” lamented Elise.

“I still have to learn about this kind of situation in cycling. Hopefully I get the chance to practice it more, learn, and eventually win from a similar group.”

Elise jumps up to fourth on the general classification, 2 minutes 36 seconds behind leader Anna van der Breggen. She leads the mountain classification with 16 points, just 2 points ahead of Lucinda Brand. Tomorrow’s fourth stage is an eleven-kilometre uphill ITT and the first rider rolls down the ramp at 12:00CEST.