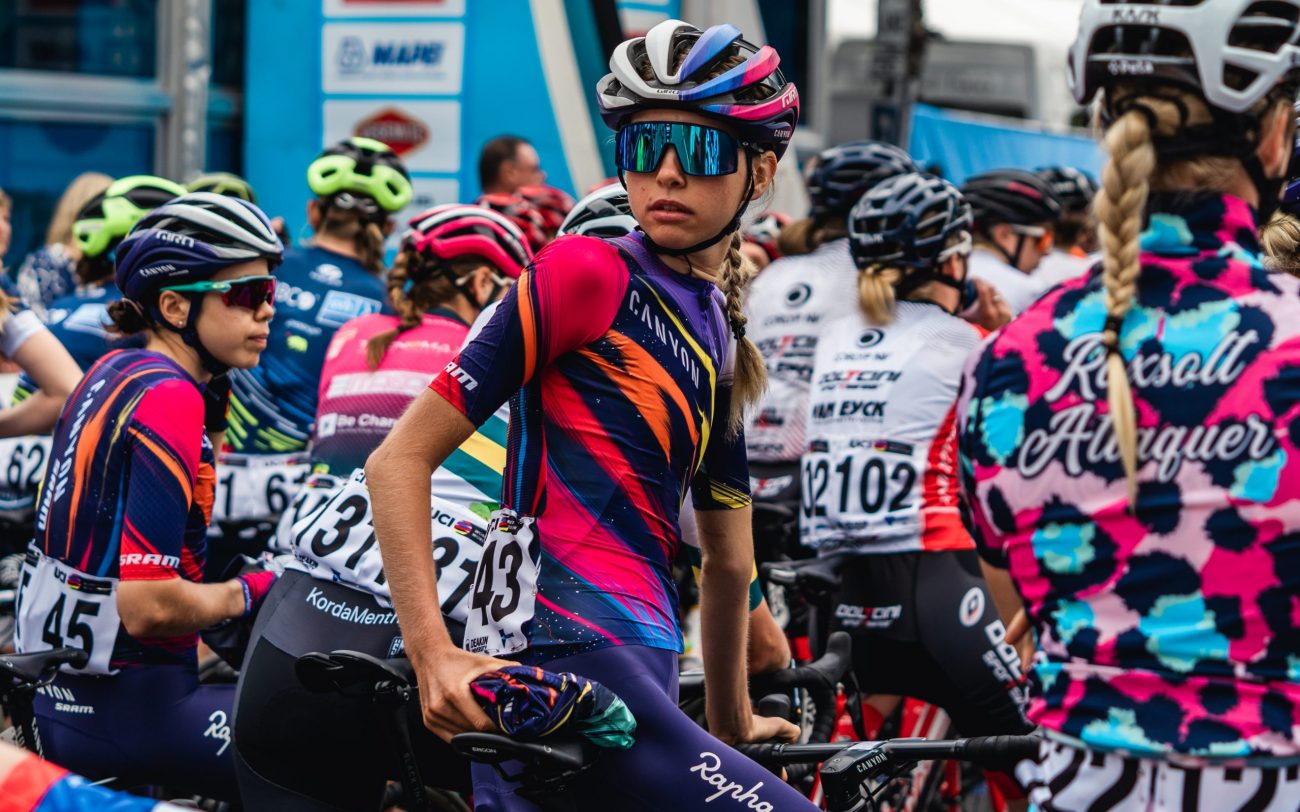 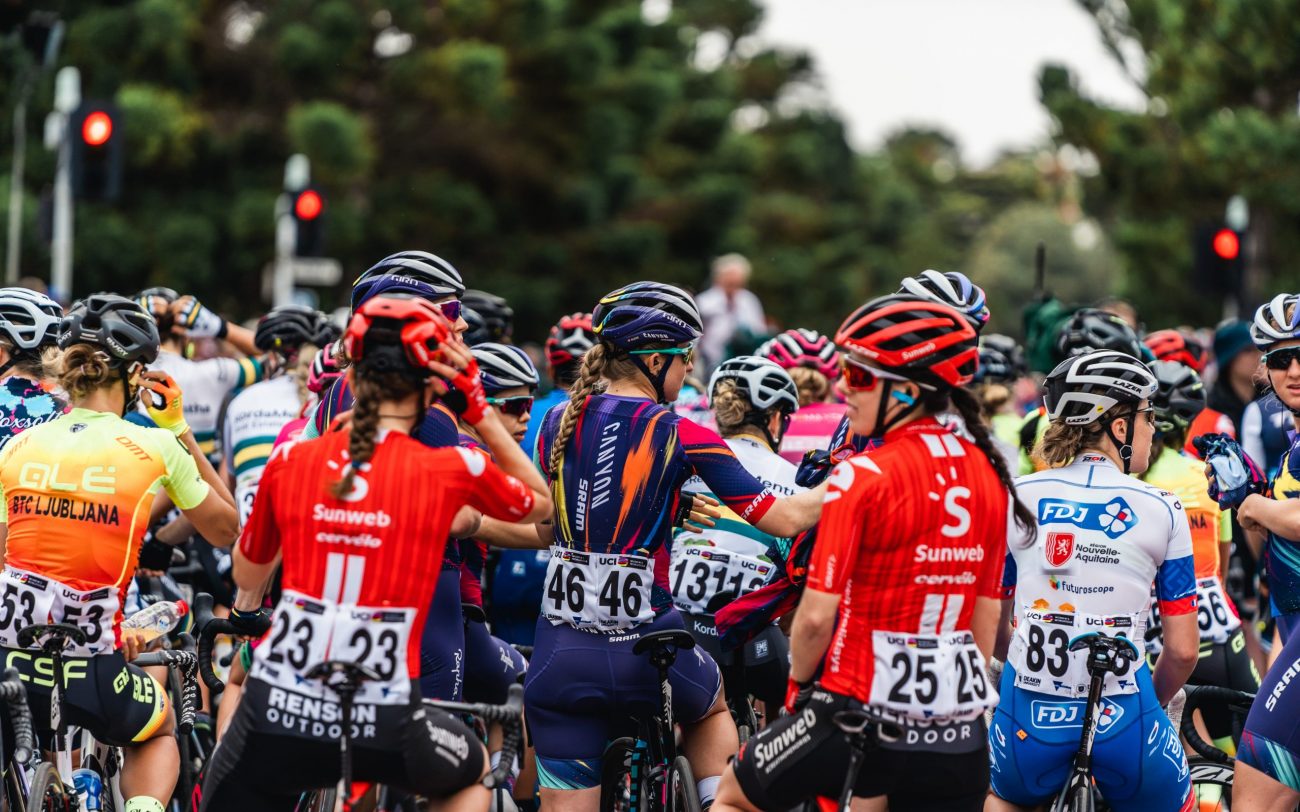 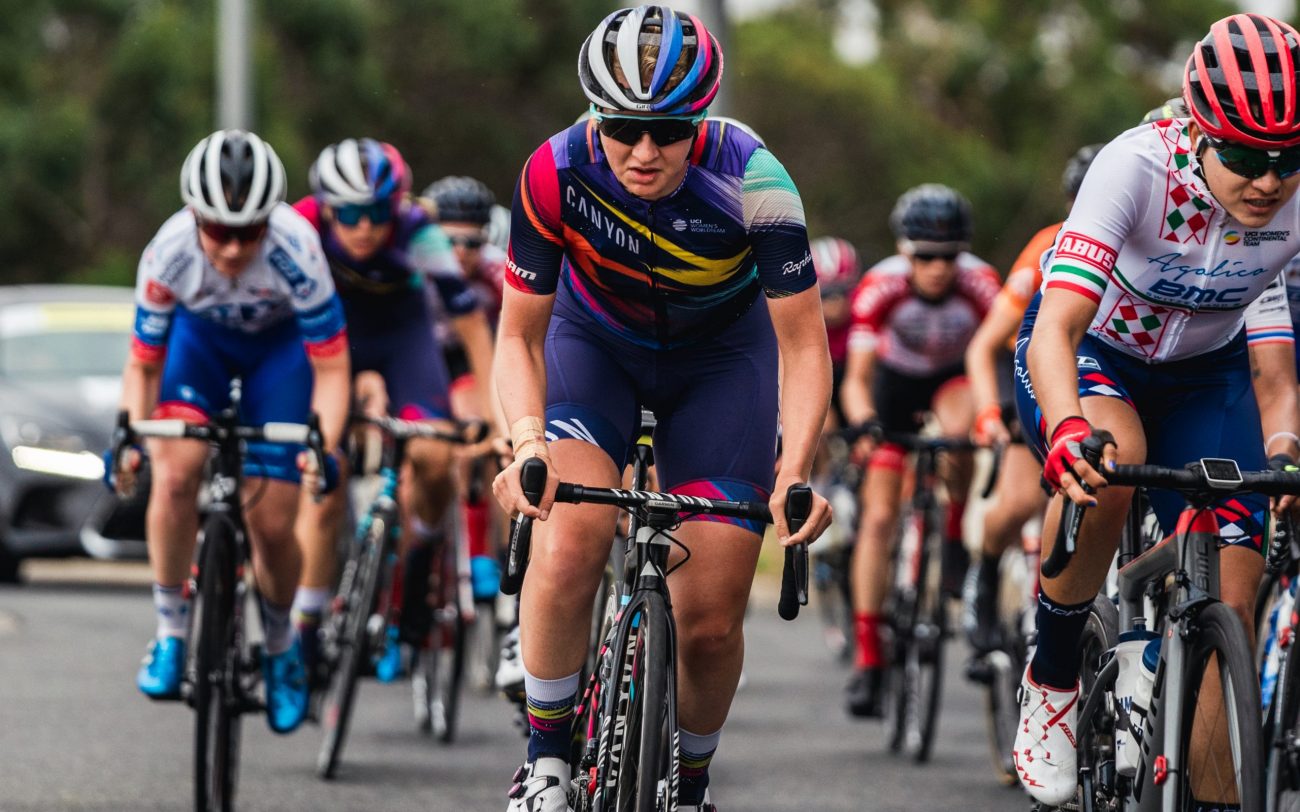 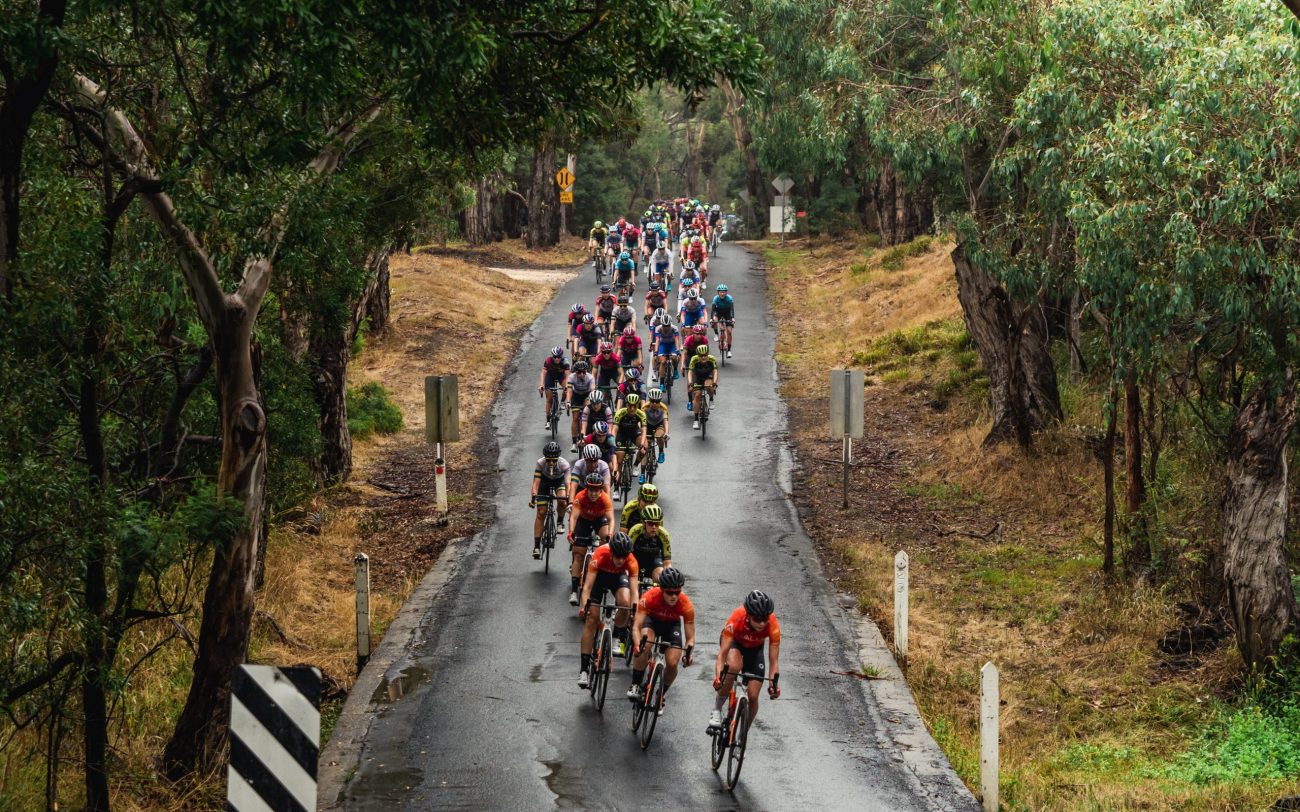 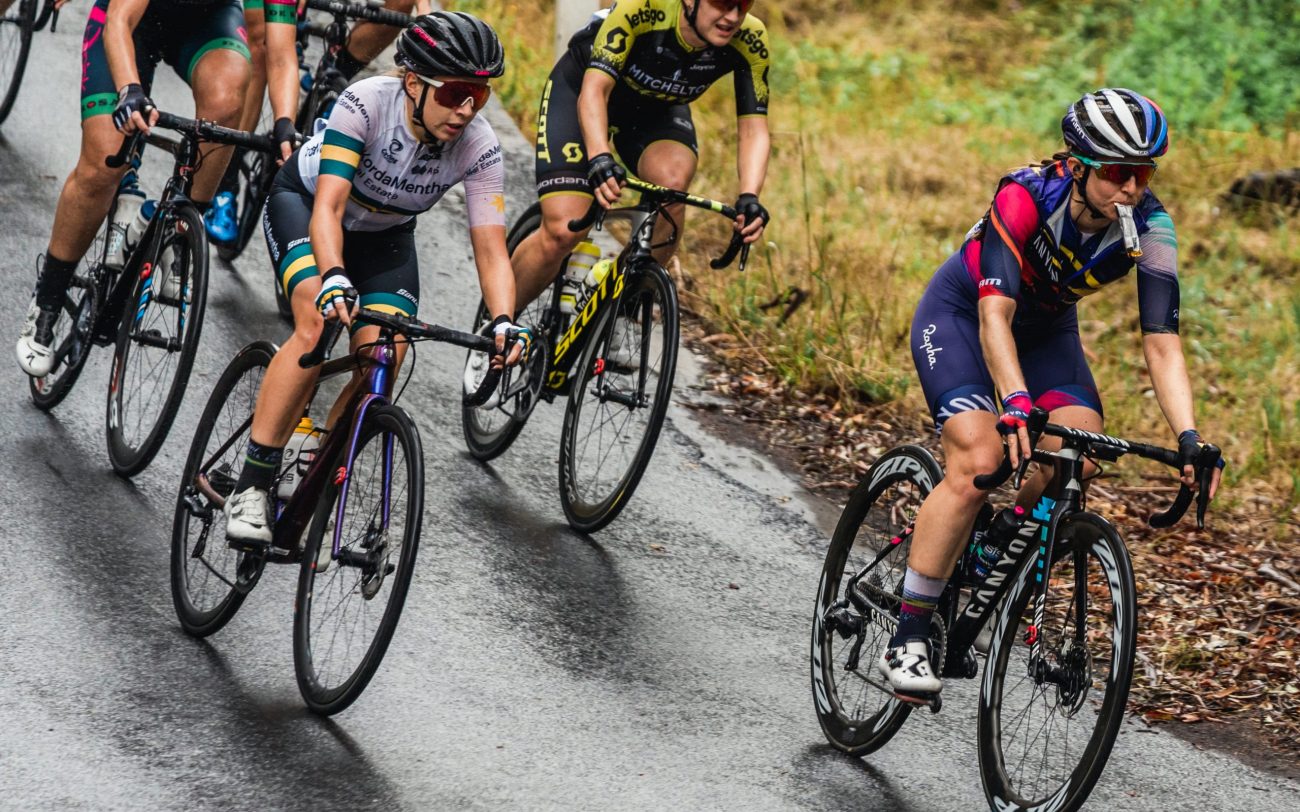 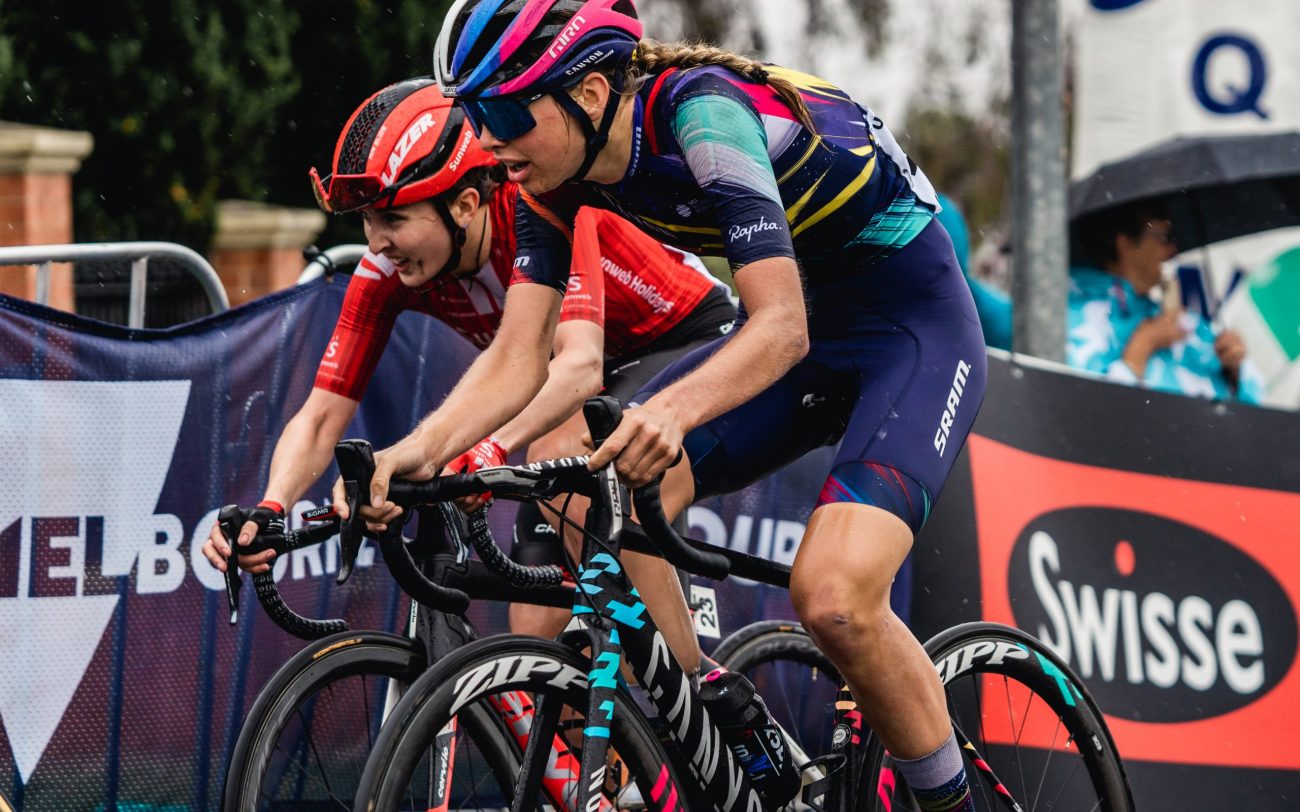 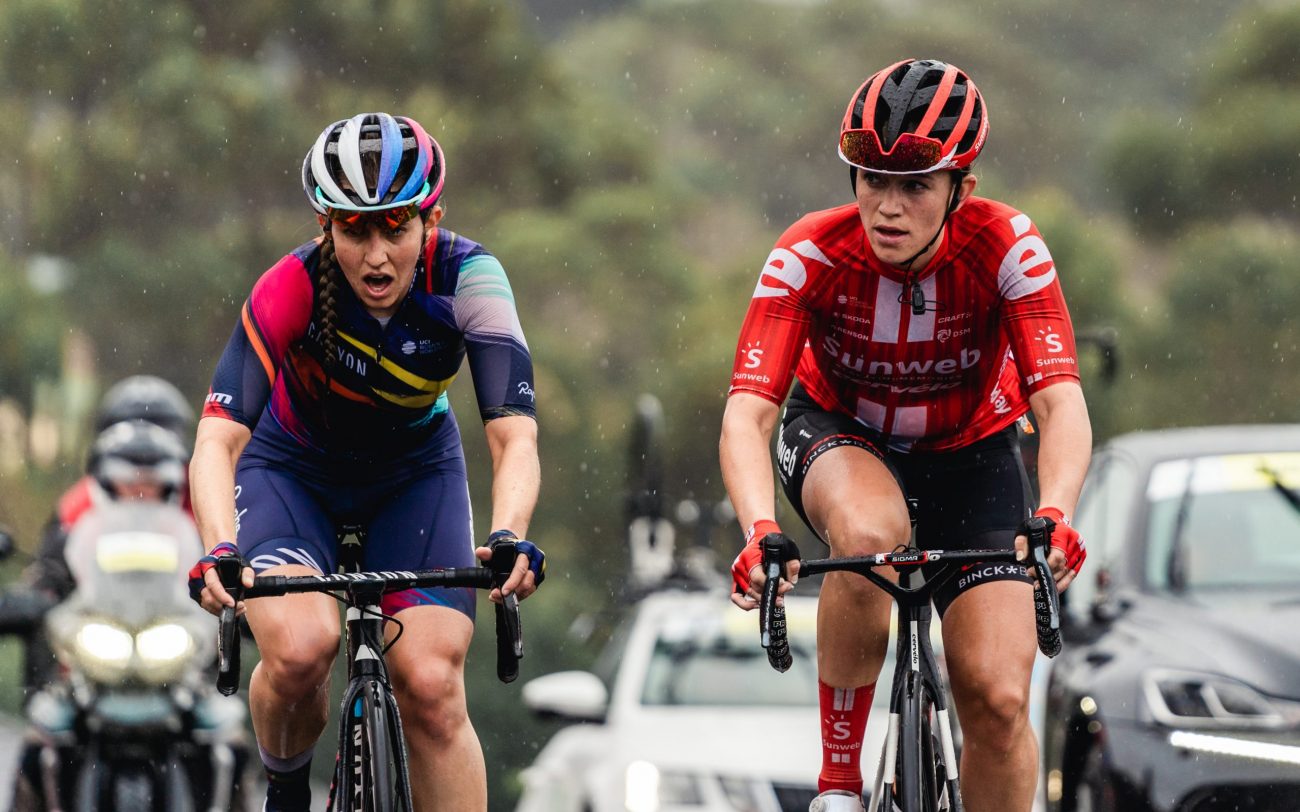 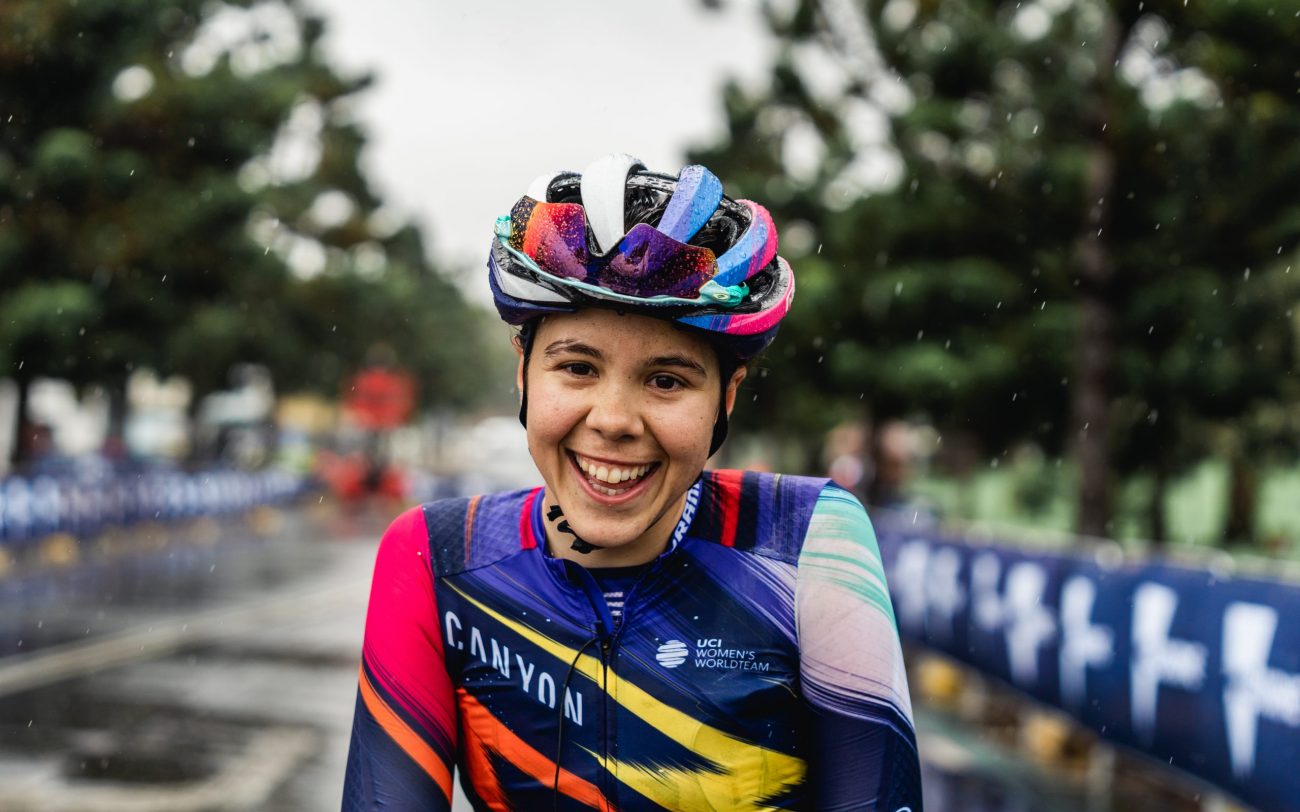 Ella second on U23 classification in Geelong

Ella Harris finished our three-week campaign in Australia with a ninth place at the Deakin University Women’s Road Race on Saturday 1 February. The opening race of the 2020 UCI Women’s WorldTour, the women’s edition of Cadel Evans Great Ocean Road Race, was raced in unusually wet conditions. Lianne Lippert (SUN) went to the line solo to take the win, while Harris was in the chase group sprinting for fifth place. The 21 year old New Zealander finished ninth in the race, and placed second in the best U23 rider classification.

“The rain had also become quite persistent in the final 40km so it was all about staying concentrated, keeping warm and fuelling. The team, especially Tanja, did an excellent job to keep us in good position leading into the tail end of the race and set Alexis and I up beautifully for the intense final to come. We lost Hannah due to a puncture and both Tiff and Jess in the crash, so it was unfortunate that our options were suddenly halved and we had less cards to play at the end,” explained Harris.

“I stayed well positioned in order to have a crack over Challambra crescent, the major point of the race. It was a great but painful feeling to make it over the top in the selection, and from that moment with 9km remaining I gained a lot of experience in regards to being in the mix deep into the race and how to best approach the situation. It became very tactical with solid representation from Sunweb, however I was pleased to have the opportunity to be there and to test myself. Overall, it was another step in the right direction for me and helped a lot with my confidence for future races,” added Harris.

Her teammate, Alexis Ryan summed up the race: “Saturday’s race was one of those rare summer storms, literally. We had mass amounts of rain, but hardly any wind, which is what we wanted. It gave the race a strange dynamic. A break went up the road for 50 kilometres that neutralised the race. The peloton didn’t start chasing until about 30 kilometres to go. A dangerous, high speed crash on a descent took half the peloton out of contention and two of our own. The real race started from that point and it was brutal. I had to dig deep to make the front selections, and was toast by the penultimate climb. Ella was feeling good and I was happy to see her up in the top ten. If we had Jess and Tiff with us, I think we could have made a bigger impact. That crash was disastrous. I hope that everyone involved is okay.”

Tiffany Cromwell: “I felt like we were riding and communicating well together. As we were approaching the critical point in the race we were all together and in a really good position, and this was an improvement from our earlier races.”

“Unfortunately I came down in the massive crash at 20km to go and that ended my race. It is pretty disappointing but there’s nothing you can do about that.”

“It was great to see Ella make the selection towards the end and get a top ten result. We were, and always are, striving for victory, but given our younger team in the WorldTour race I think we can be happy with that result and pleased with the way we rode together. I know that everyone in the team learnt a lot from this trip to Australia and will take that back to Europe with them to build on.”

Tanja Erath: “With around 40km to go the chase started, we were all together and in good position and I stayed in the wind because my legs felt indestructible, even if usually I’m most likely the first one of the team to struggle on the climbs. I could respond when Sunweb upped the pace and kept my teammates in good position, but up the last roller into Geelong the bunch was down to around 25-30 riders  and it turned out that my legs are destructible.”

“Overall I’m pretty happy with the race as a team and for myself. We rode in good position in every crucial part of the race, especially the final 20km into the QOM. We tried a few things and Ella ended up in the top ten showing once more that she can climb with the best.”

Hannah Ludwig: “We had a good race as a team and rode well together but in the last 20 km I had a puncture and then two teammates crashed. I don’t generally believe in bad luck but Saturday just wasn’t meant to be. I’m very motivated about how I feel in the team and I can’t wait for the next races.”

Jess Pratt: “Due to the weather and nature of the course we had expected a very solid race, though in the end, the rain had more of an impact than the wind. Tiff and I were in a massive pile up at the base of a descent; it was carnage and unfortunately I was then out of the race. I still learnt a lot and I’m so excited for the next part of the season with the team.”