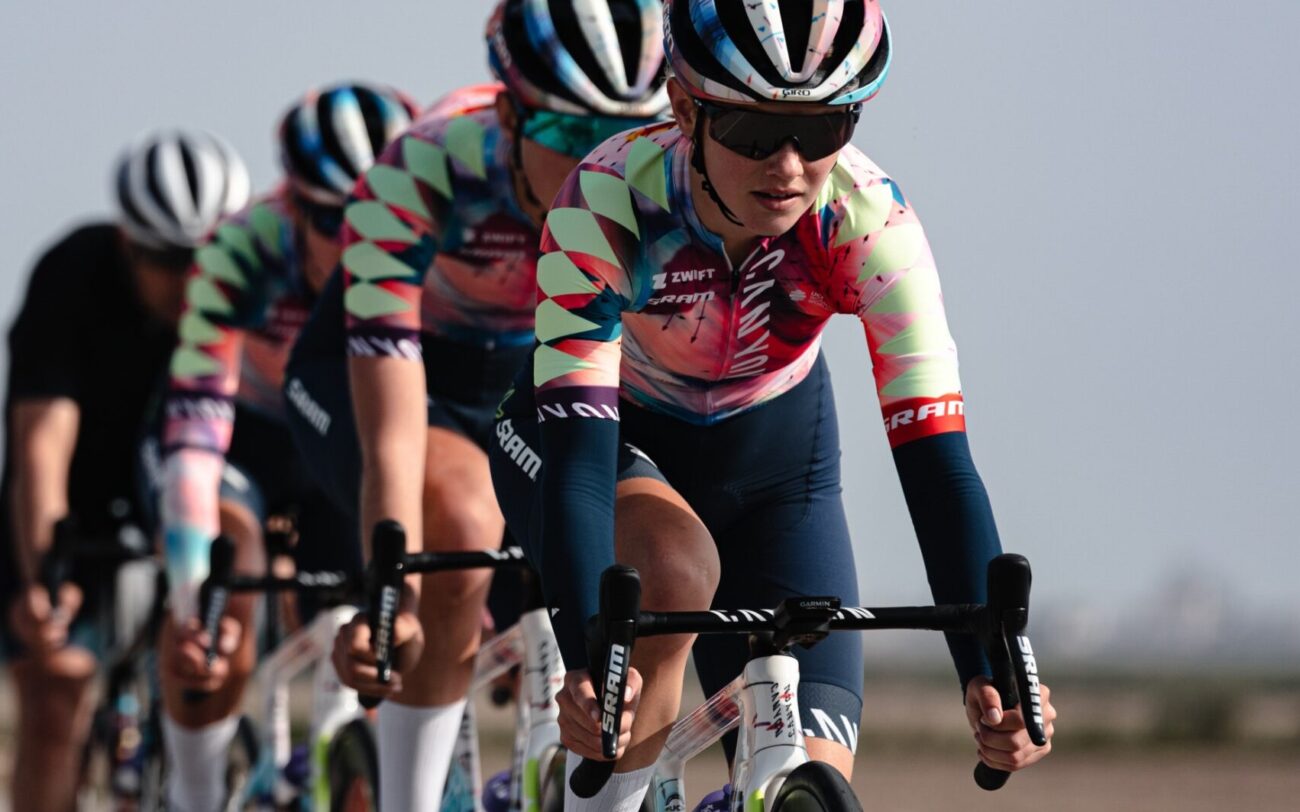 In last year’s Giro Donne, Elise Chabbey finished with a top ten in the general classification, and a stage podium place. The Swiss rider feels she is in even better form going into this 33rd edition.

“I have improved a lot physically and mentally and I’m going into this Giro in better shape than 2021. Unfortunately, I had a small illness last week so I was not 100% at nationals there, but I’m back on track now,” said Elise.

“We have a strong team and we’ll see how everybody is feeling after a few stages. Personally, I would love to grab an opportunity from a break and go for a stage win. The longer climbs for GC aren’t my pure strength but I have also improved in that area too, showing on Mont Ventoux Dénivelé Challenges that I can climb.”

While Elise starts her fourth Giro Donne, teammate Neve Bradbury will make her debut at the longest tour on the women’s calendar.

“The Giro Donne wasn’t initially on my program at the start of the season, but it was a goal that I targeted. I knew that if I performed as well as I could in the races beforehand that my chances would increase. It’s a dream race of mine do I’m really excited to race. My goals are to really focus on recovery outside of the race since this is my longest stage race by far so that I can support my teammate as best I can,” explained Neve.

The 2022 edition will cover five different regions of Italy. Starting in Sardinia, the first stages are relatively flat with a travel day to the mainland counting as a rest day between stages 3 and 4. In Cesena on stage 4, the GC contenders will be able to see each other’s form with 1800m of elevation.

The tour builds from there, hitting the Italian alps with a summit finish at Passo del Maniva at 1742m on stage 7 followed by two more tough mountain stages. Those riders targeting the upcoming Tour de France Femmes avec Zwift (24 – 31 July) will certainly be able to show their form. The finale to see who wins the coveted Maglia Rosa will be a day for the breakaway or sprinters with a short 90km flat stage from Abano Terme to Padova.

Giro Donne can be followed by #GiroDonne22. A broadcast is available on RaiSport, Rai2, PMG Sport, GCN and Eurosport.