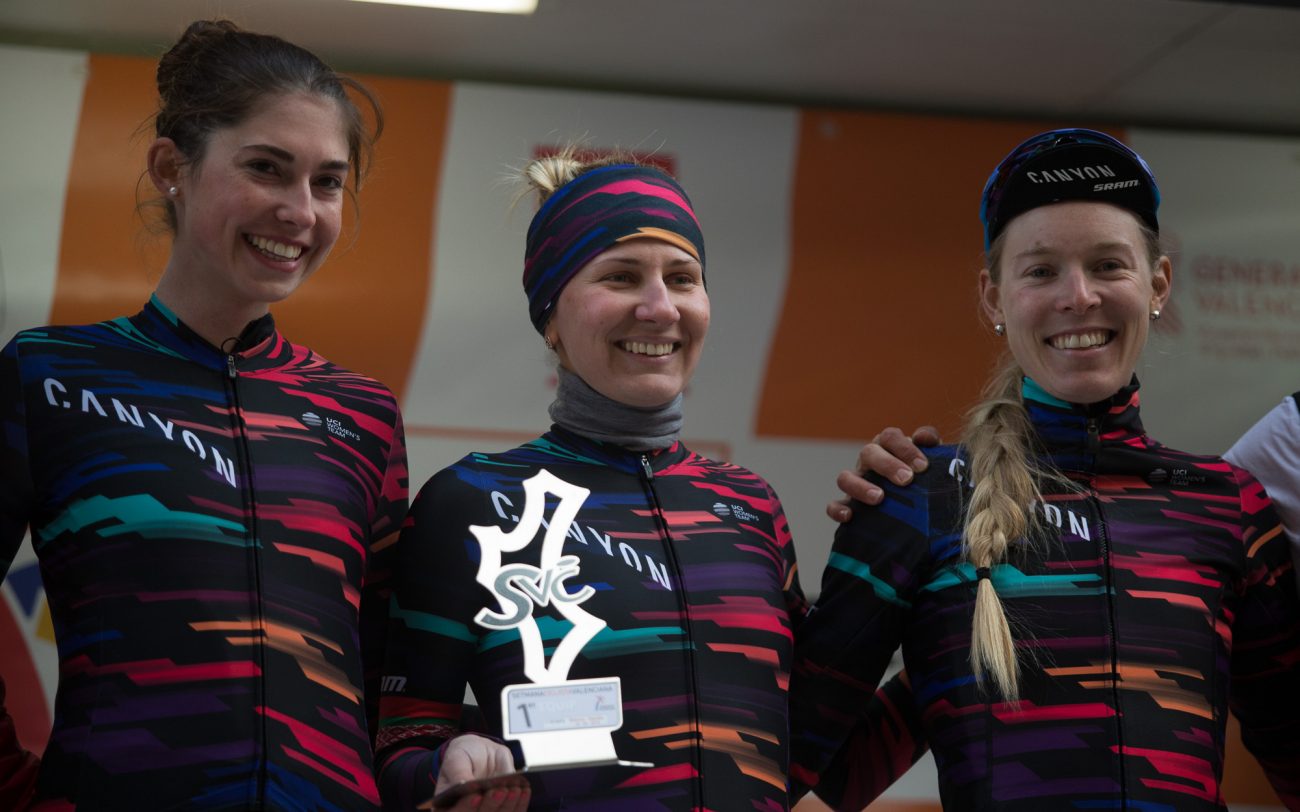 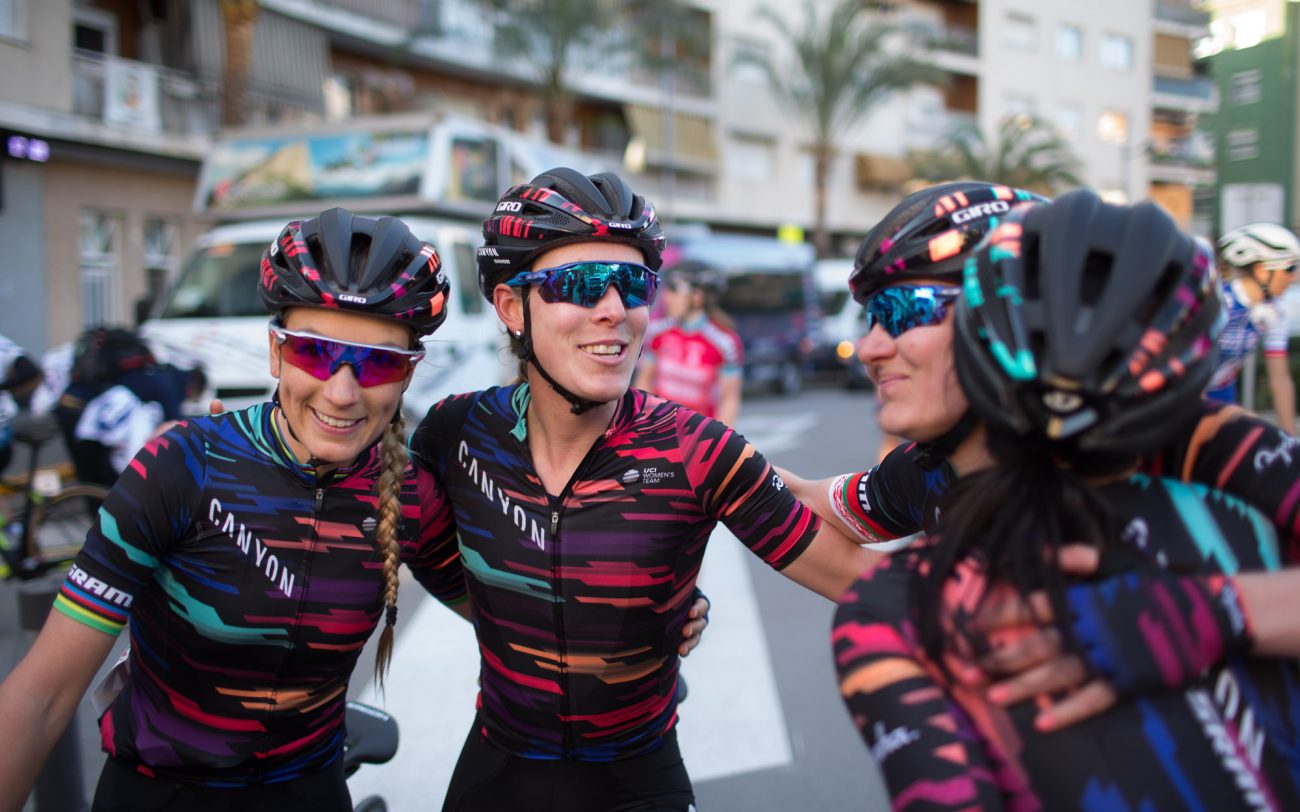 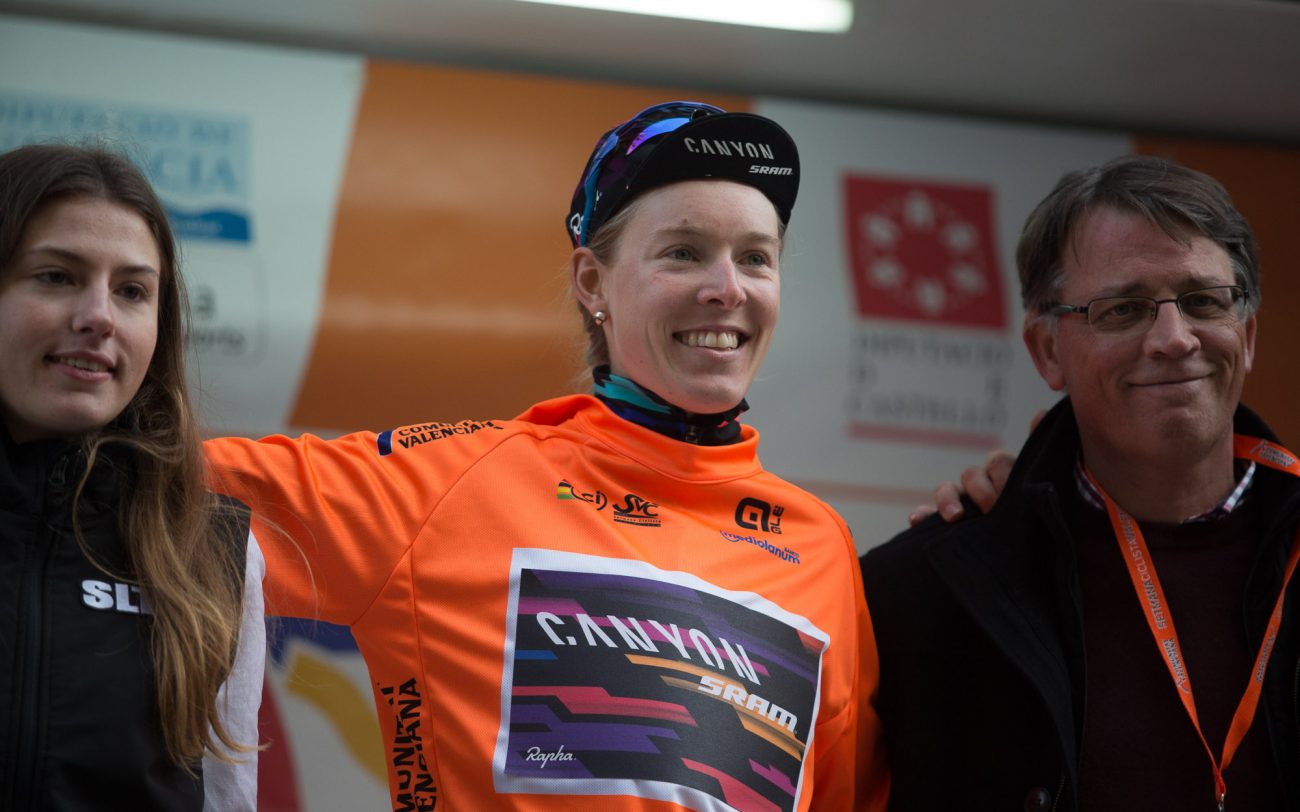 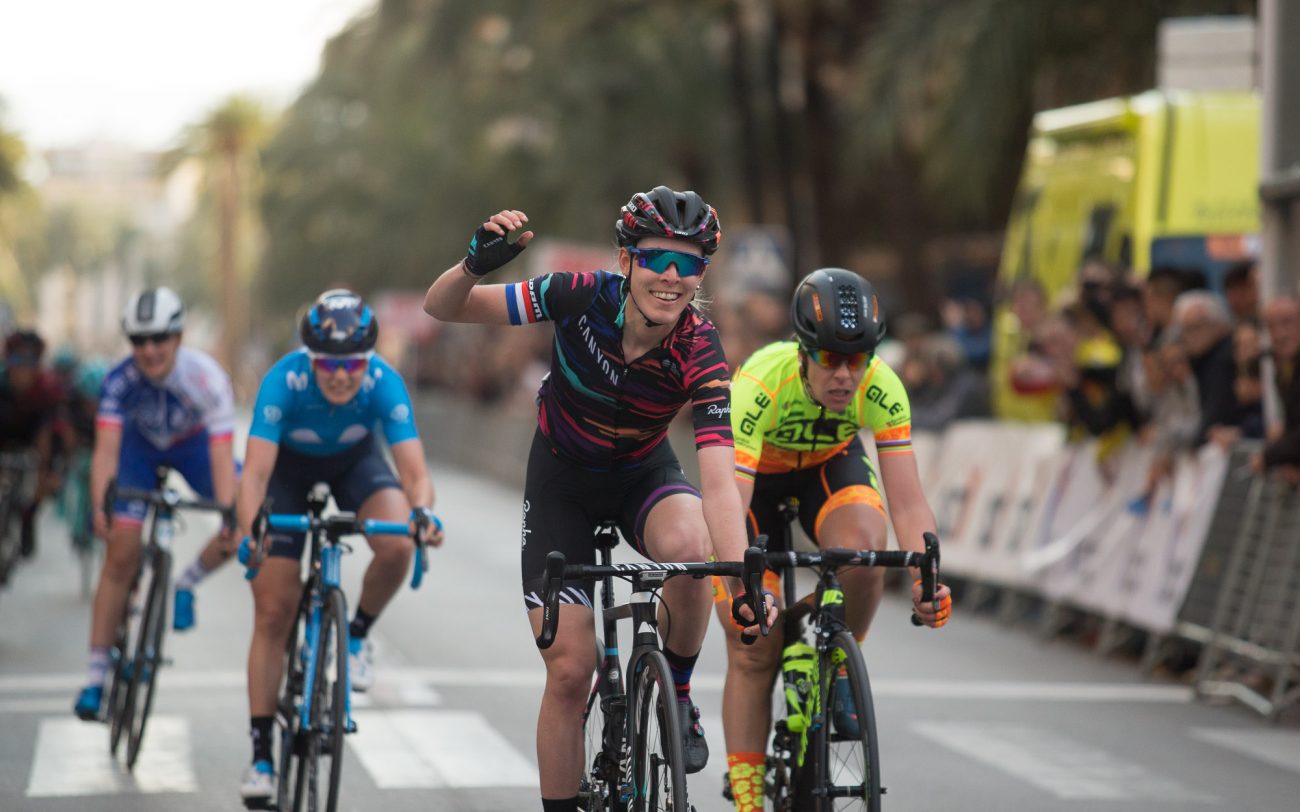 We started our road season with a victory on the opening stage of Setmana Ciclista Valenciana in Gandiá, Spain. Hannah Barnes sprinted to victory after a reduced peloton caught the leading two riders within the final kilometre of racing.

After Tanja Erath (who picked up points on both intermediate sprints) and Christa Riffel kept their teammates free from trouble in the early part of the race it was Kasia Niewiadoma who launched an attack on one of only two climbs for the day. Only Ashleigh Moolman (CBT) could go with Niewiadoma and the duo worked together until caught with less than 500m to go.

“We were in a small chase group behind Kasia but our team had good numbers. Shara Gillow (FDJ) was trying to go across but we always were able to cover any moves,” said Barnes after the stage.

“As riders from behind caught our group and it swelled in numbers, then there was a more organised chase. Alena (Amialiusik), Pauline (Ferrand-Prévot) and I agreed that if Kasia was caught then we would immediately start to attack,” added the British rider.

Barnes said she started her sprint off instinct. “I was feeling good, I could see the line and so I just started my sprint on instinct. We had raced so well today that I was able to dig a little harder in the final metres to hold everyone off.”

CANYON//SRAM Racing’s plan for tomorrow? “It will be much like today, have fun and be confident,” remarked Barnes. Stage 2 is a 115km stage from the coastal town of Castelló to Vila Real. Watch the final of every stage here, or follow on Twitter with #SCV2018.