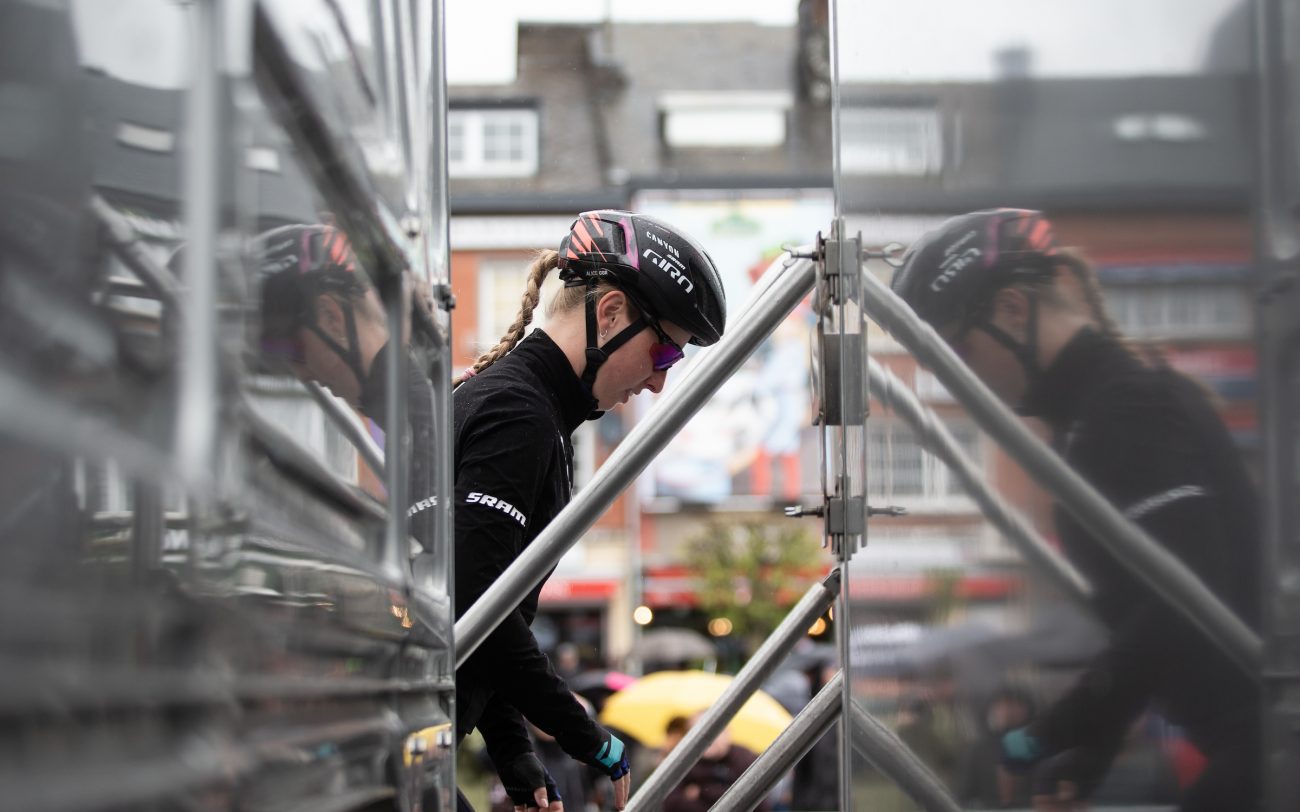 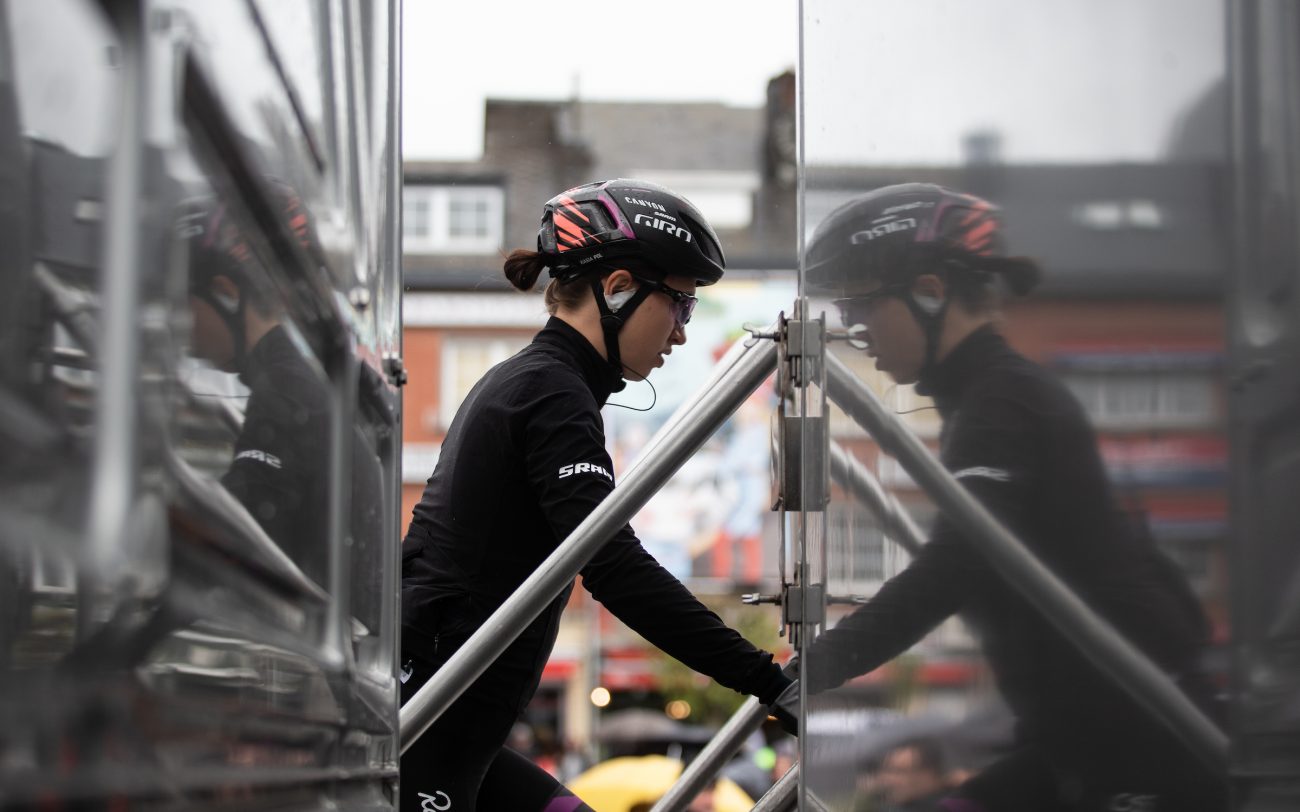 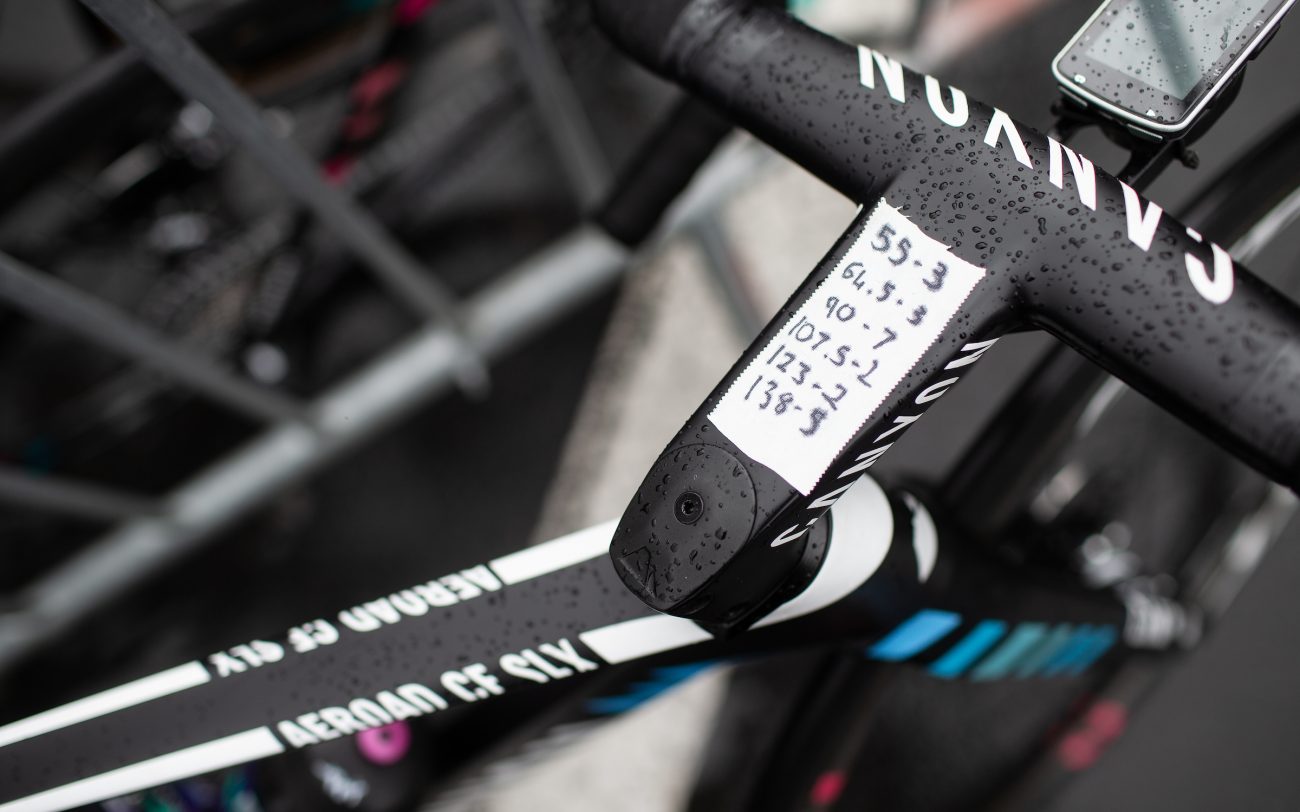 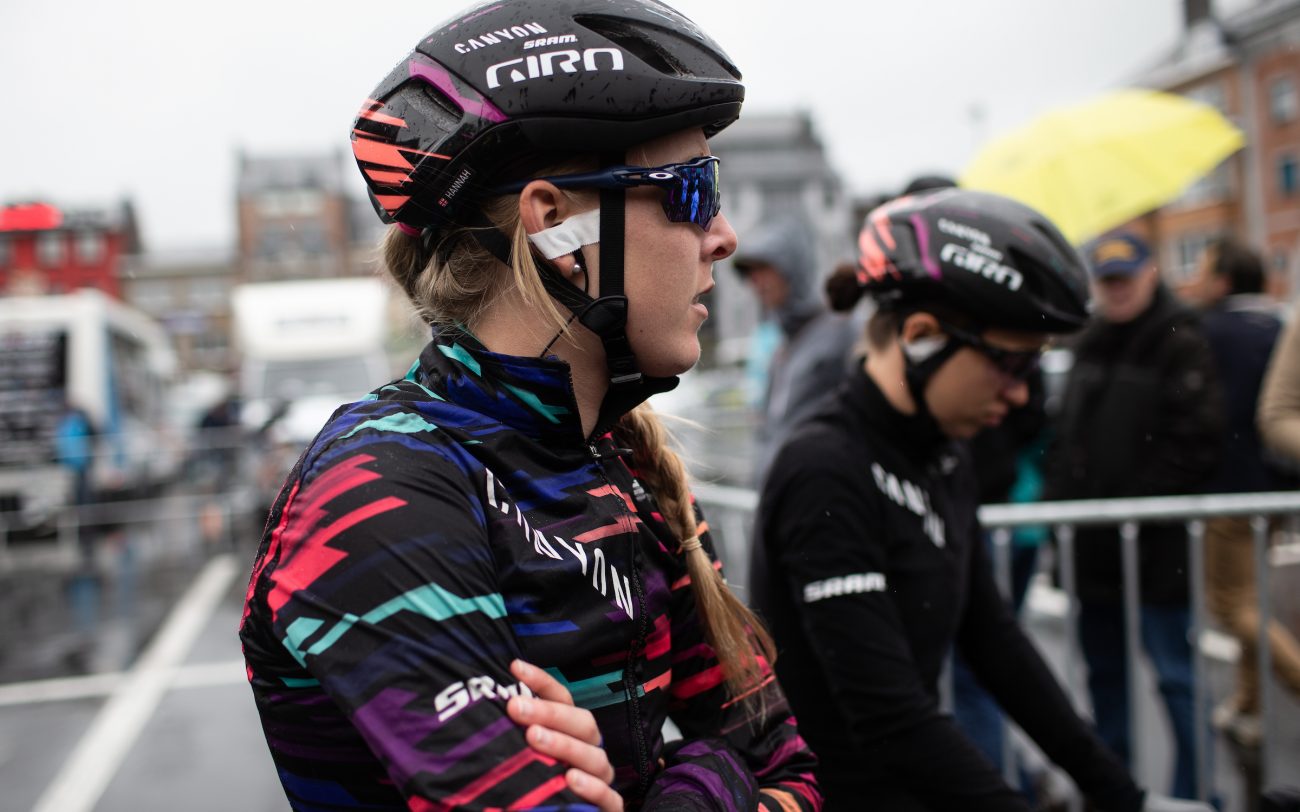 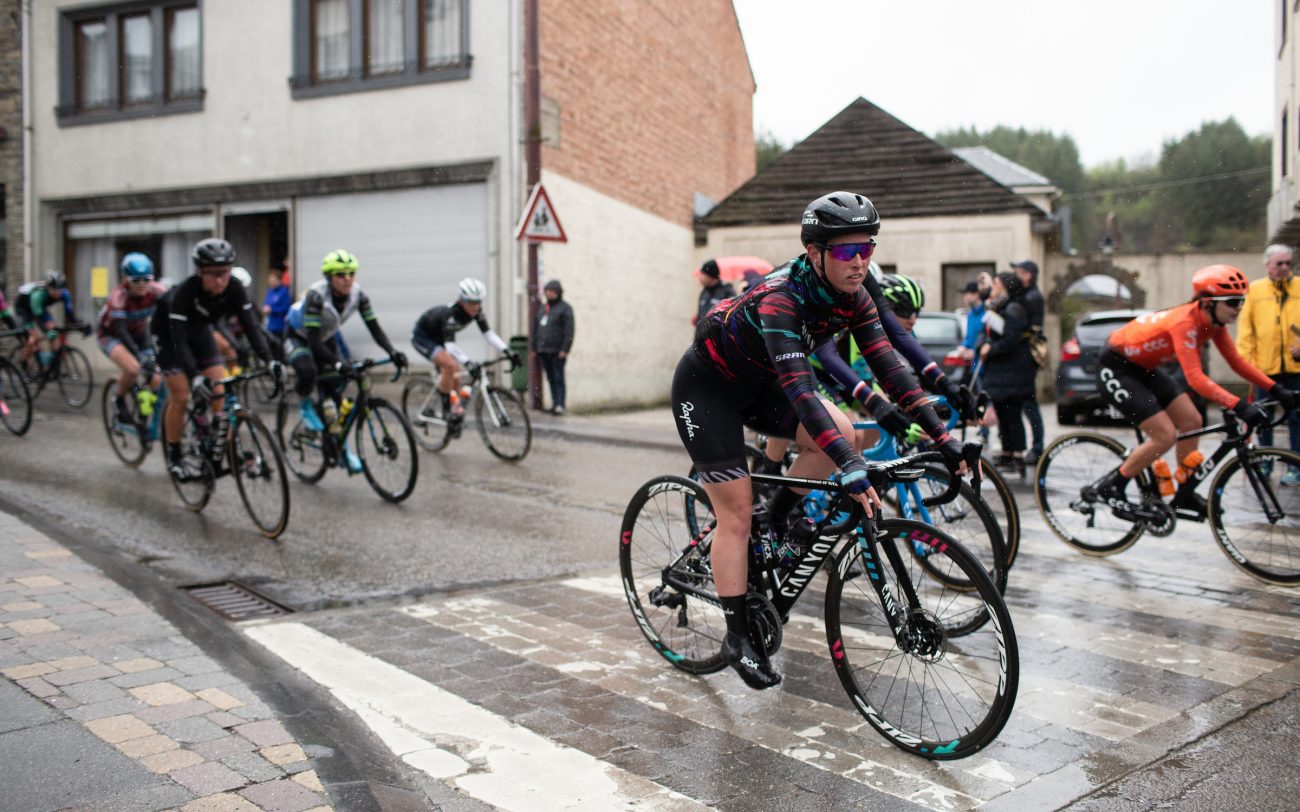 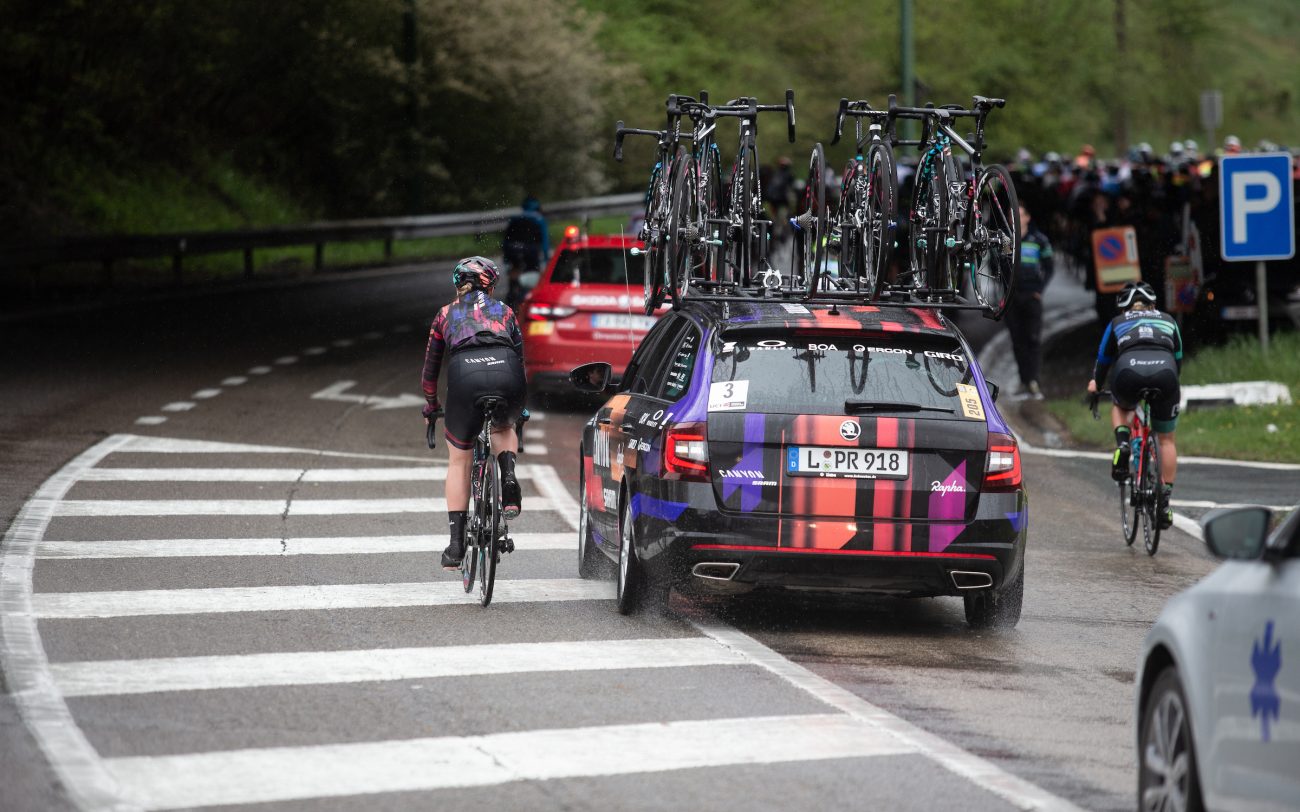 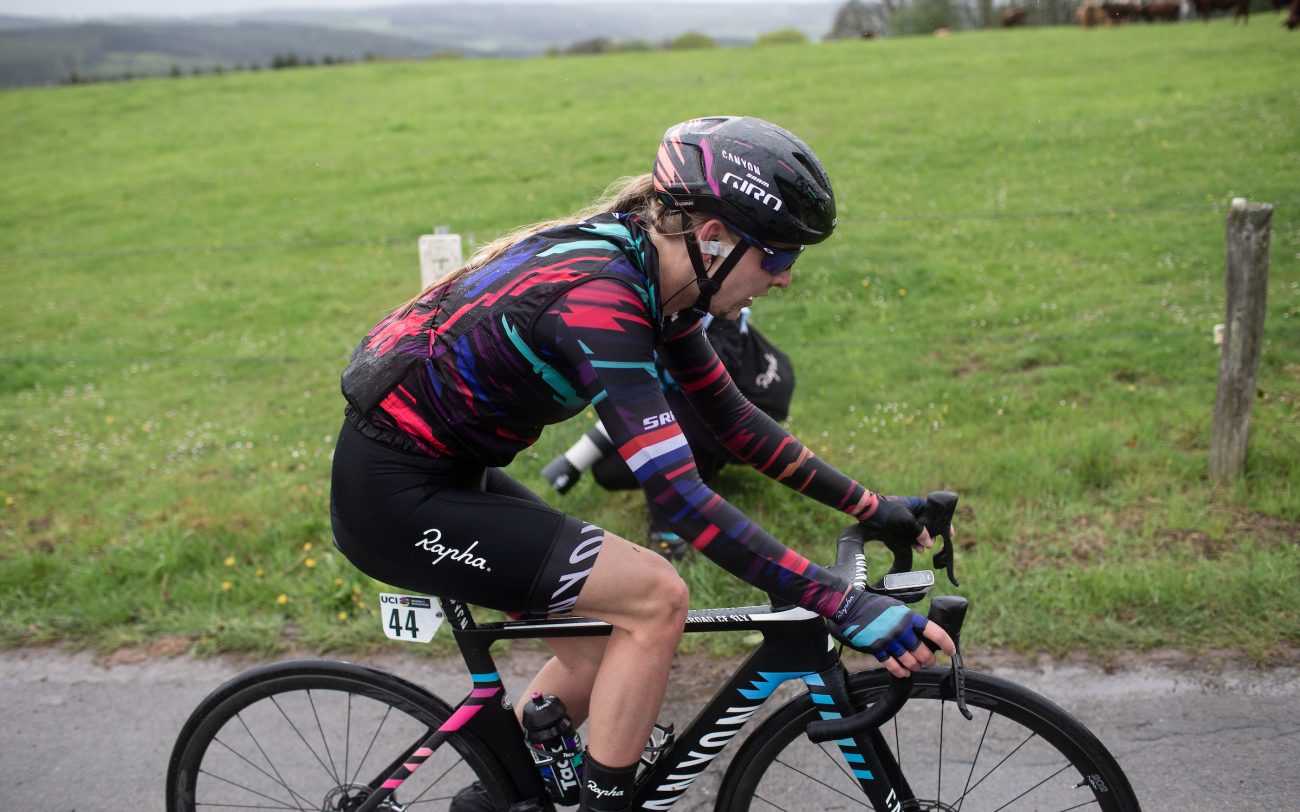 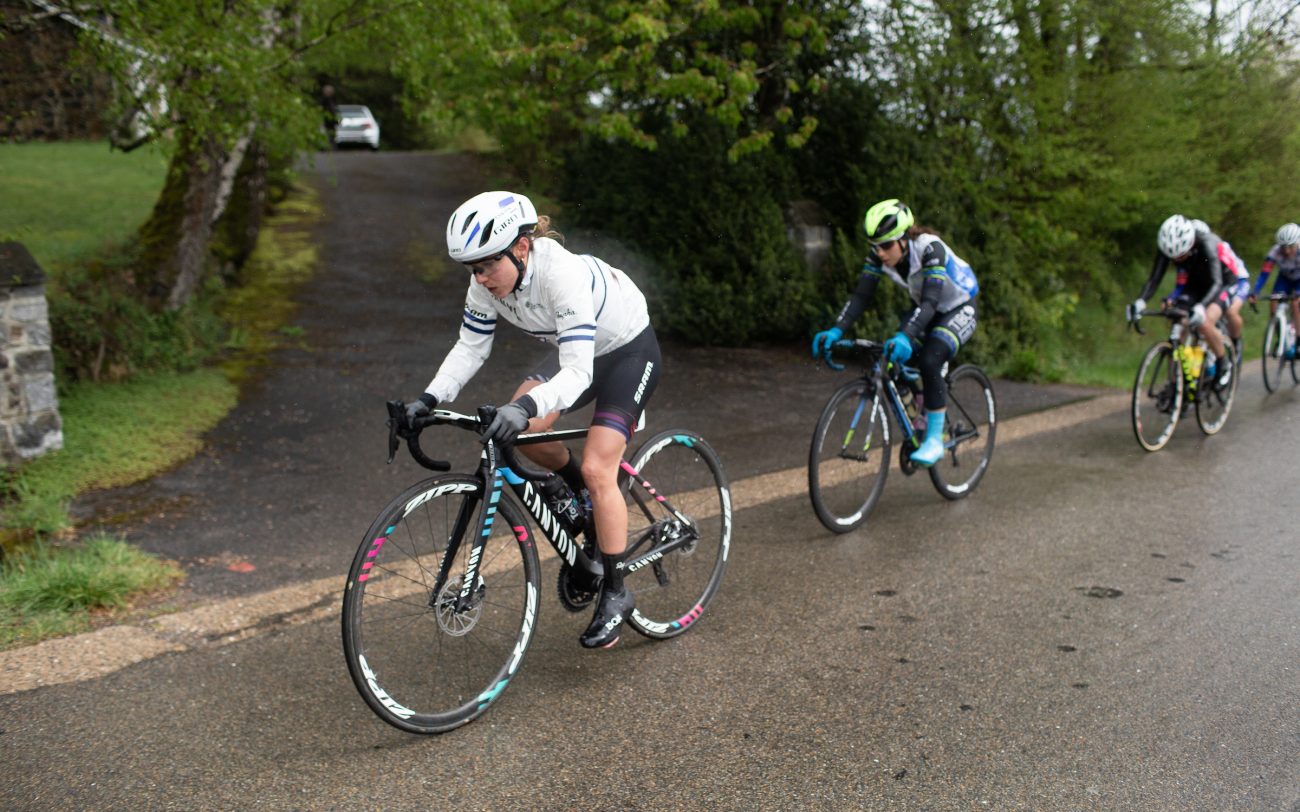 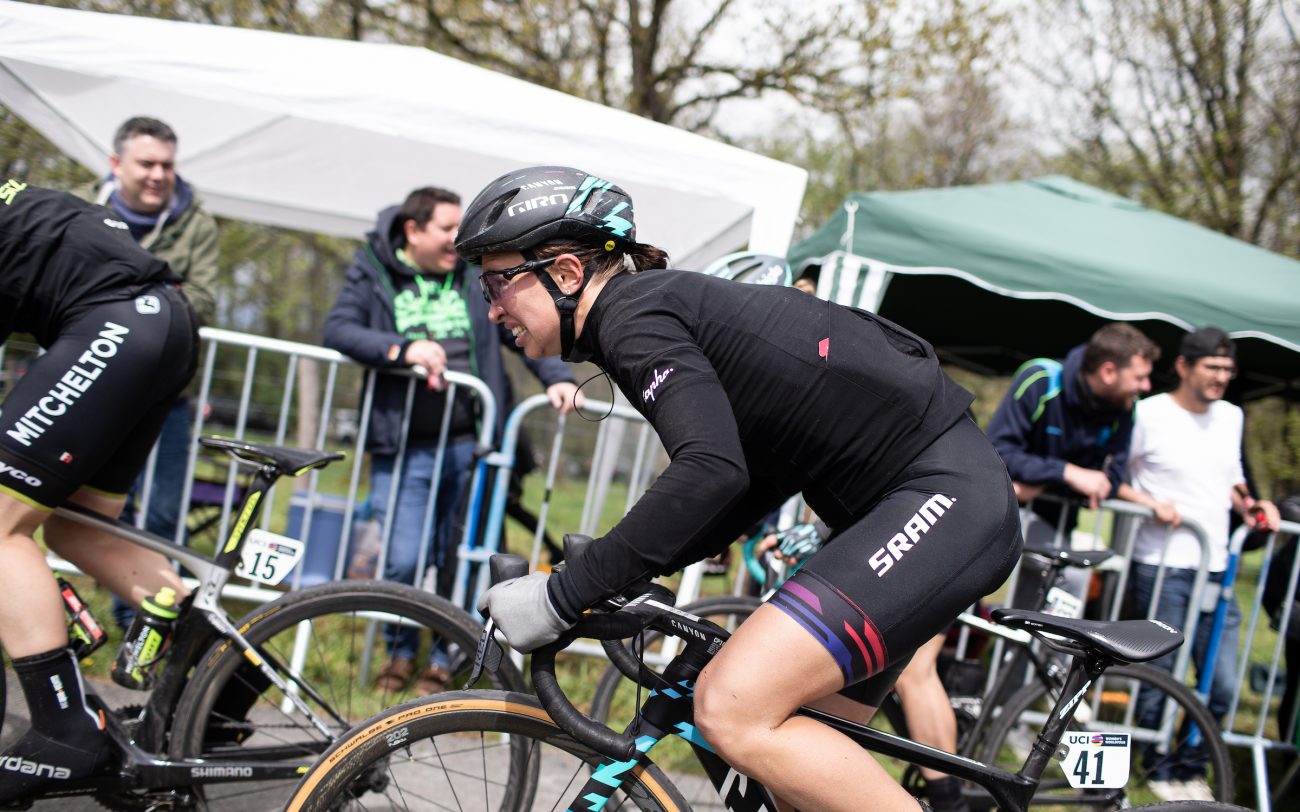 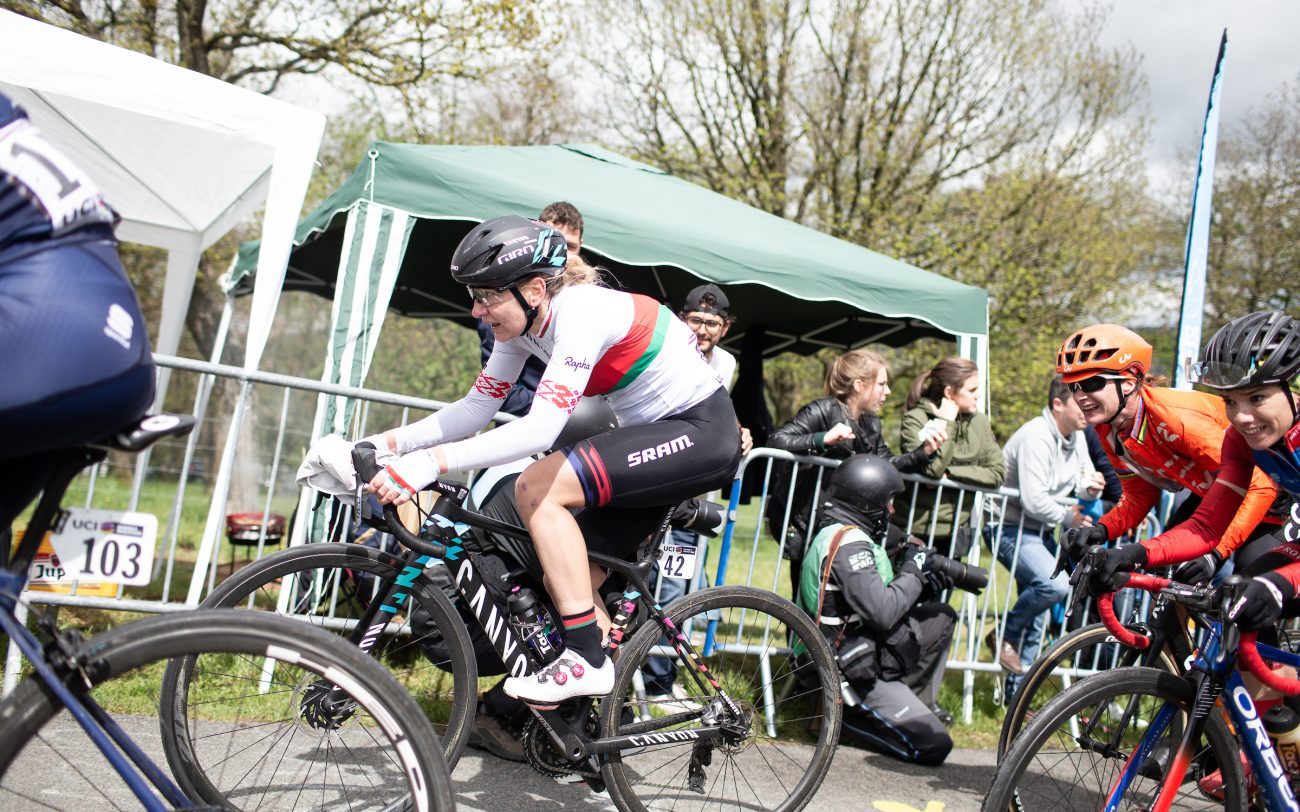 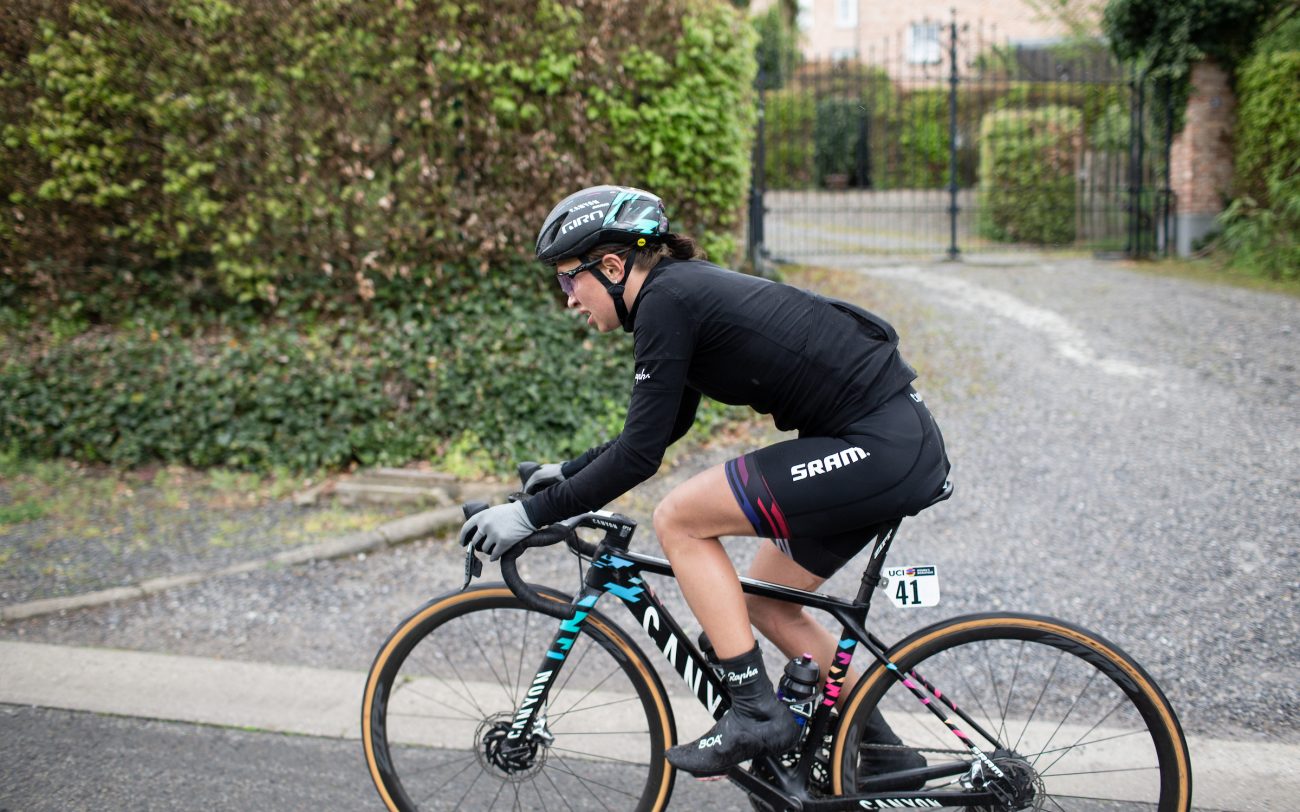 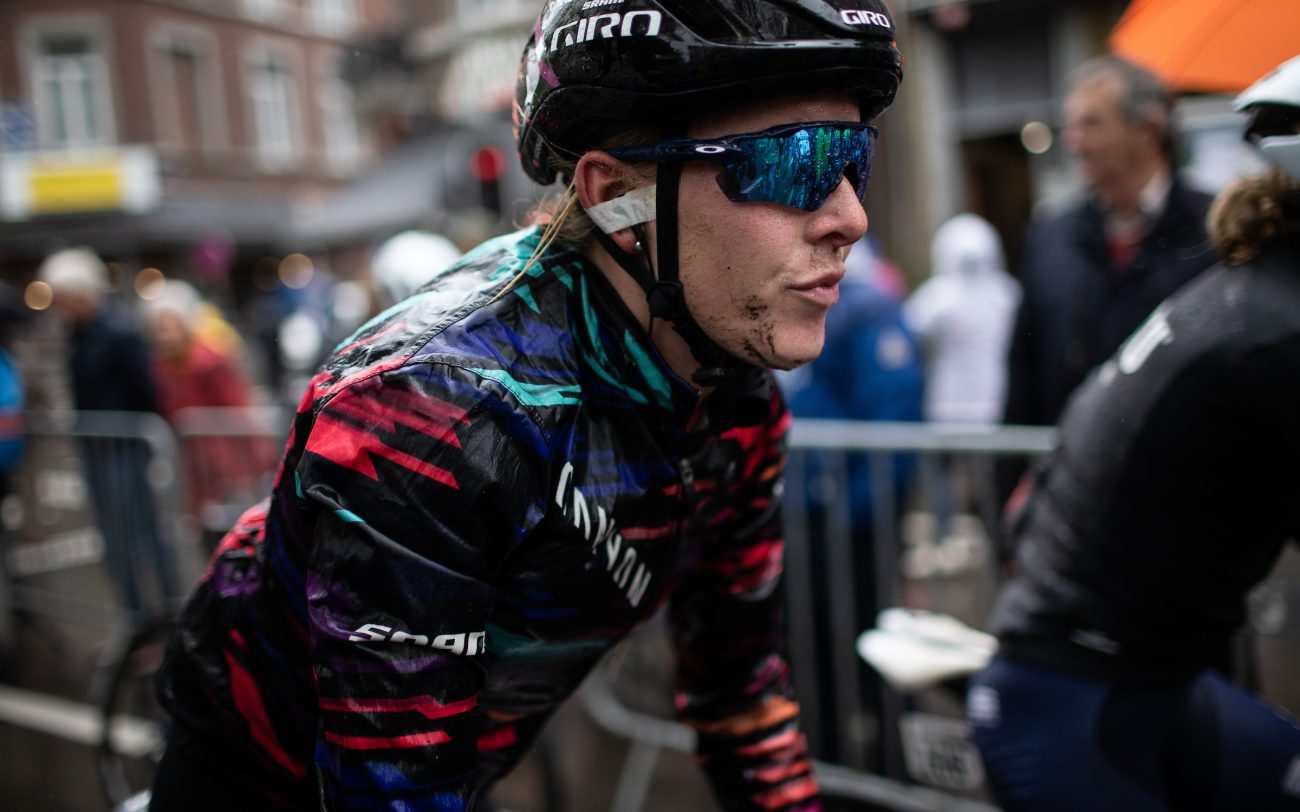 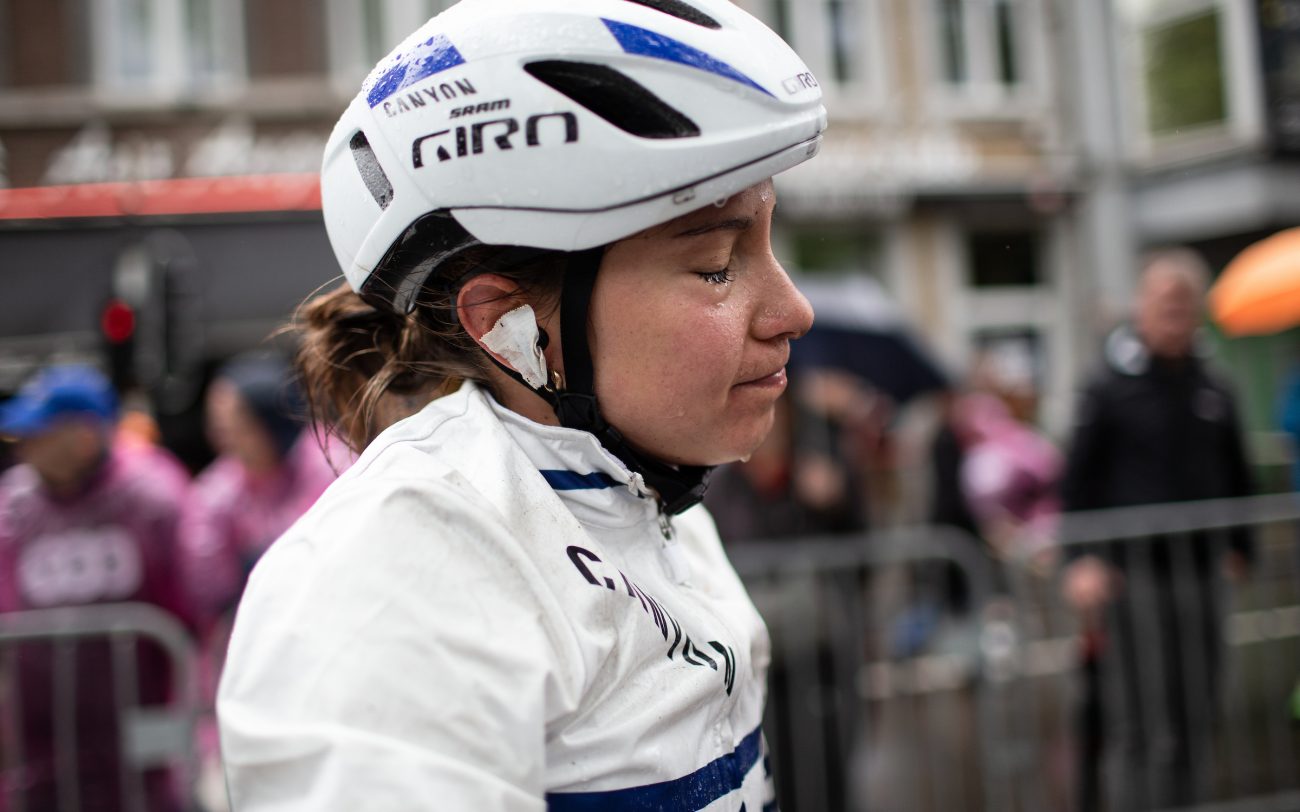 Battling tough weather conditions that were reminiscent of March racing, the peloton still averaged over 37.4km/hour for the 138km course. The race was won in a strong solo effort by Annemiek van Vleuten (MTS), with Floortje Mackaij (SUN) making a late attack to take second, and Demi Vollering (PHV) winning the sprint for third from a 12-rider group that contained Niewiadoma and Amialiusik.

Read the reactions from each of the riders from CANYON//SRAM Racing below.

“Yesterday was an epic day! One that for sure will stay in my head until the end of my life, and one that I can recall to my children and grandchildren in front of a fireplace at Christmas time!

“We started with rain and very low temperature. I felt that my body was going through two states all race long: freezing and defrosting! It was painful, not only for your legs but your entire body (especially my fingers) and your head!”

“As a team we left it all out there! We tried and never gave up! Although my legs completely didn’t respond to my demands, Alena and I managed to stay in the group behind a very strong Annemiek! I’m super proud of our girls, who raced their heart out despite those nasty weather conditions!”

“The race was very hard itself, but together with the rain and low temperatures it became even harder. We raced well together and tried to support each other during the race. We were trying our best today so we can be happy with getting Kasia to sixth place.”

“Personally I felt good yesterday, and I am happy with result. Of course it is not a victory but for me it is small victory after all the bad luck in the past.”​

“All I felt was cold. The conditions were really tough out there yesterday and I used a lot of energy trying to stay warm.”

“I was disappointed not to make it further than the La Redoute to help Alena and Kasia because the race became very aggressive after that point, in the final 30km. They had a strong ride and I’m really happy to see that Alena is finding her legs and she is there with the main contenders at the finish.”

“In one word – cold. I have raced in bad weather condition like yesterday, though I haven’t felt the cold as bad as I did yesterday.”

“I came into the race with very high motivation after a long time without racing. I wanted to be a real part of the team effort, but unfortunately I couldn’t really hold it at that level.”

“It was the first race in a very busy upcoming month, and I crashed in the last part of the race quite hard. Now, I hope to recover fast and to be able to do a good month of racing and be a part of the team’s next success.”​

“I think everybody struggled with the weather conditions and the course was hard. I did everything I could to help the team. I came back after being dropped, but then had some issues on the steep climb and that’s when the main attacks started. Overall, I can say I learned a lot.”

“Today was tough with all the climbs and weather but it always was going to be a tough race for me. The goal was for me to protect Kasia which I was able to do by leading her to the first main climb of the day. I struggled a bit from there on. I punctured at the bottom of the long 7km climb but could chase back on to the bunch after leading in to Côte de La Redoute and after that I was in a small group to the finish.​”