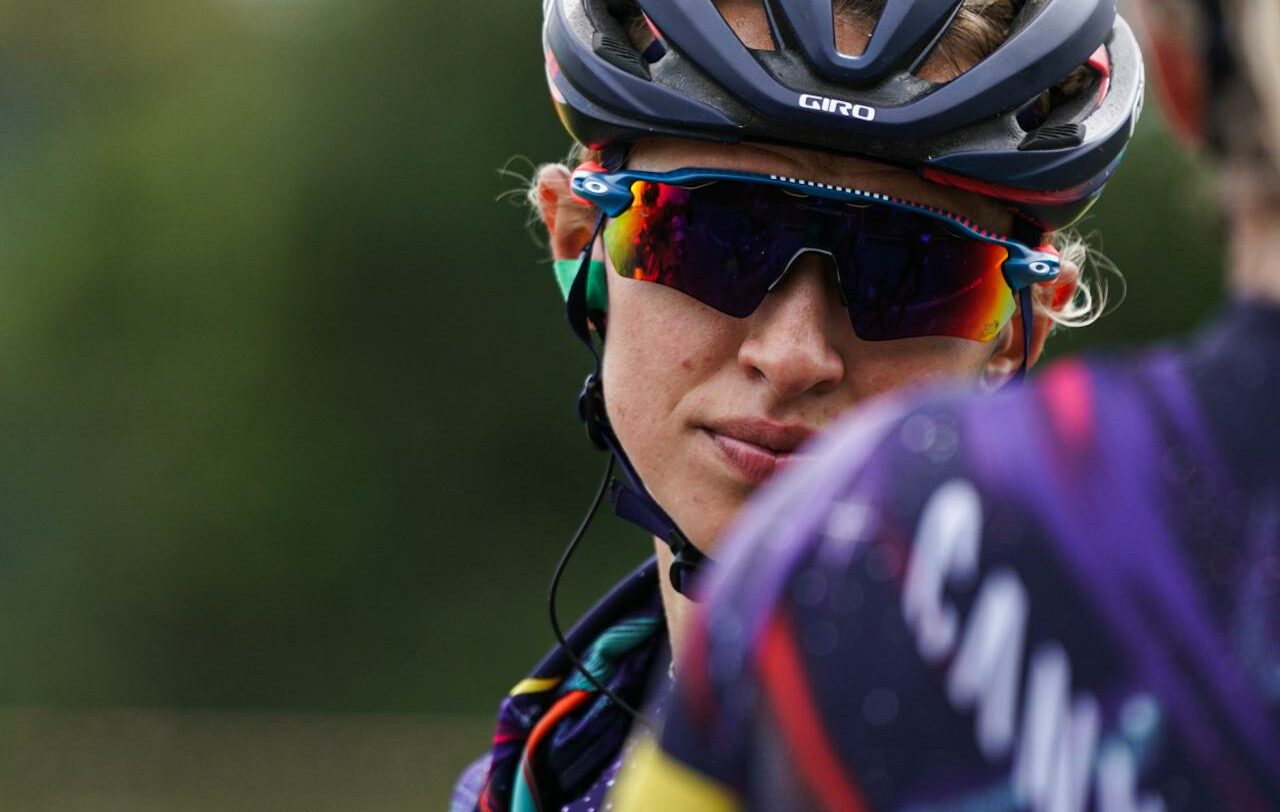 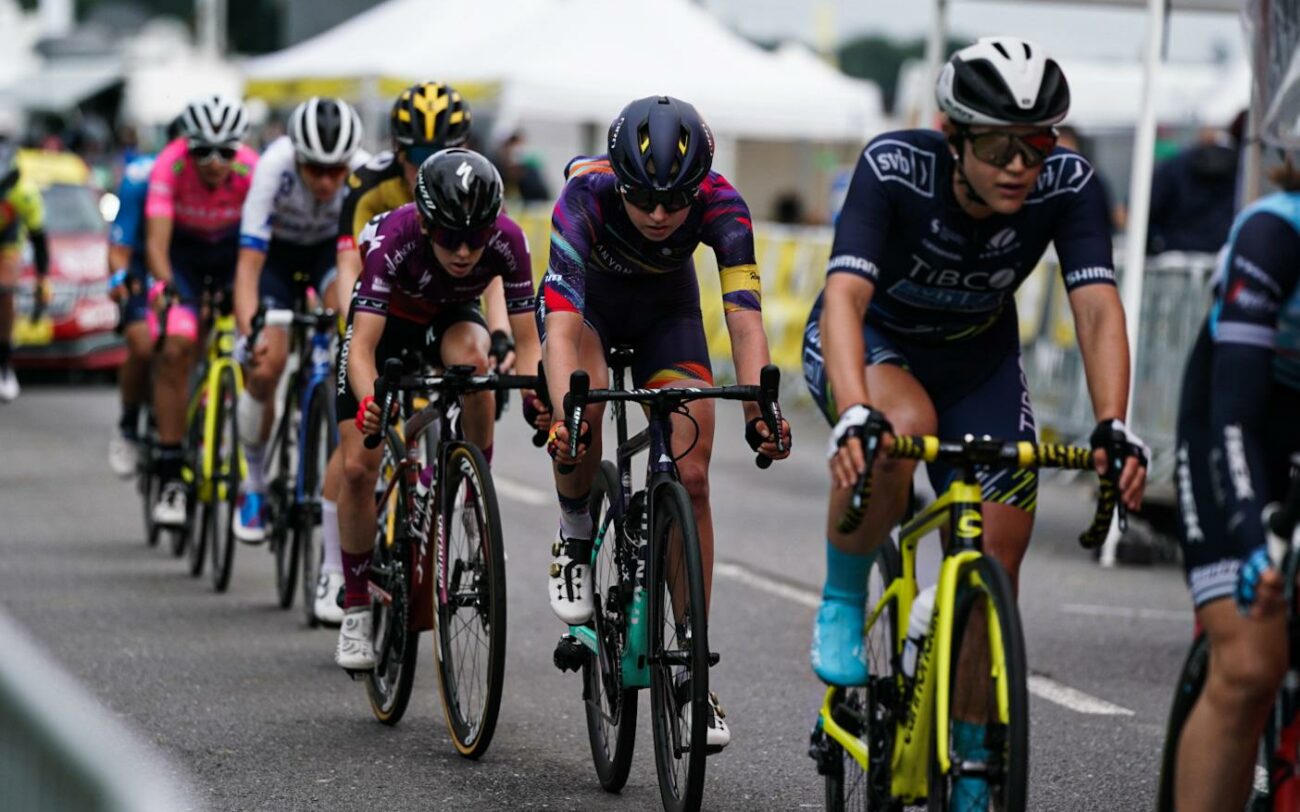 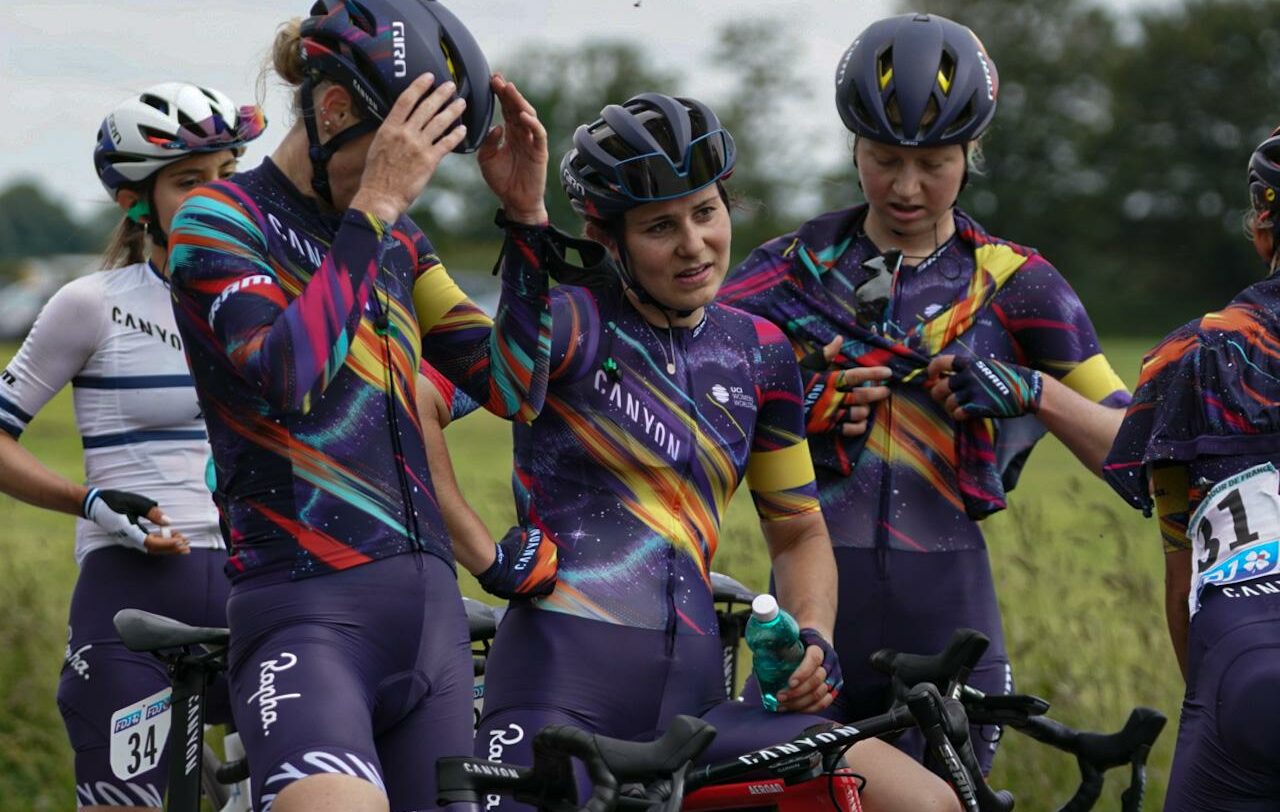 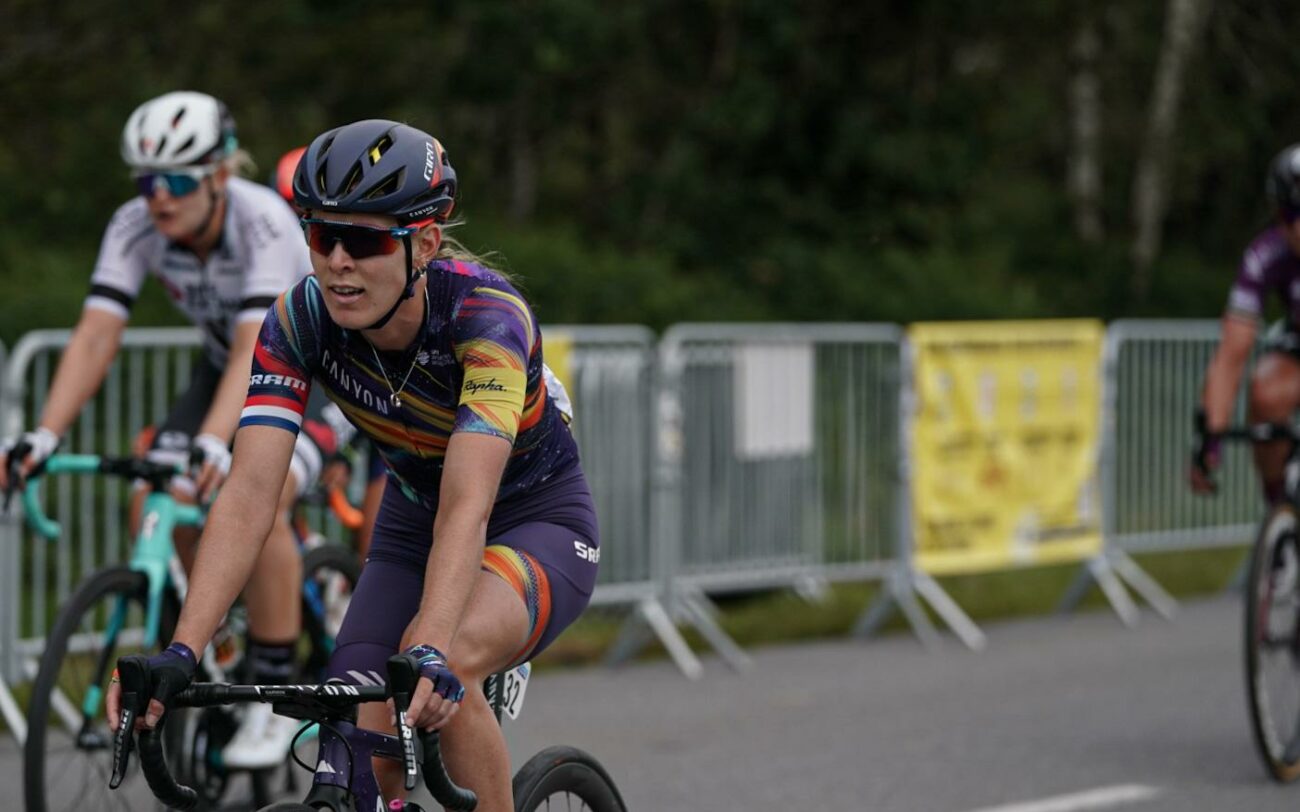 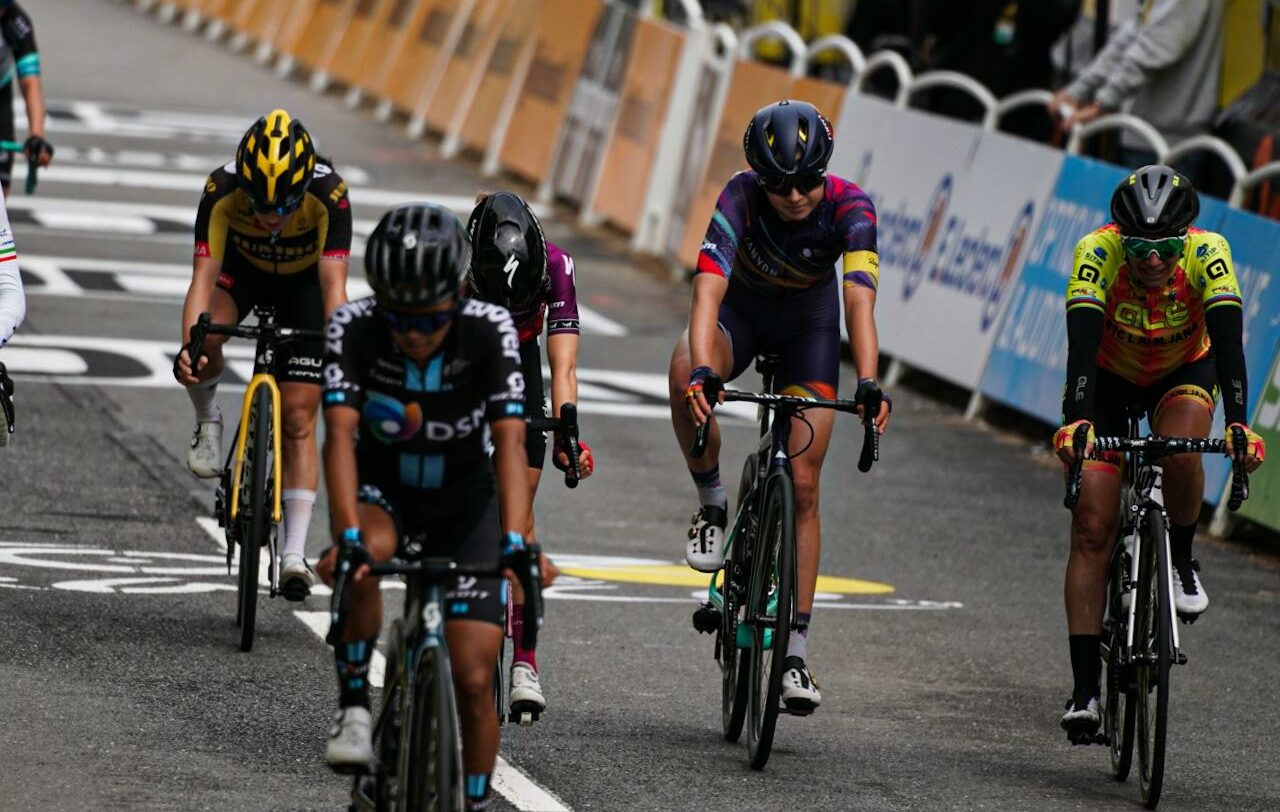 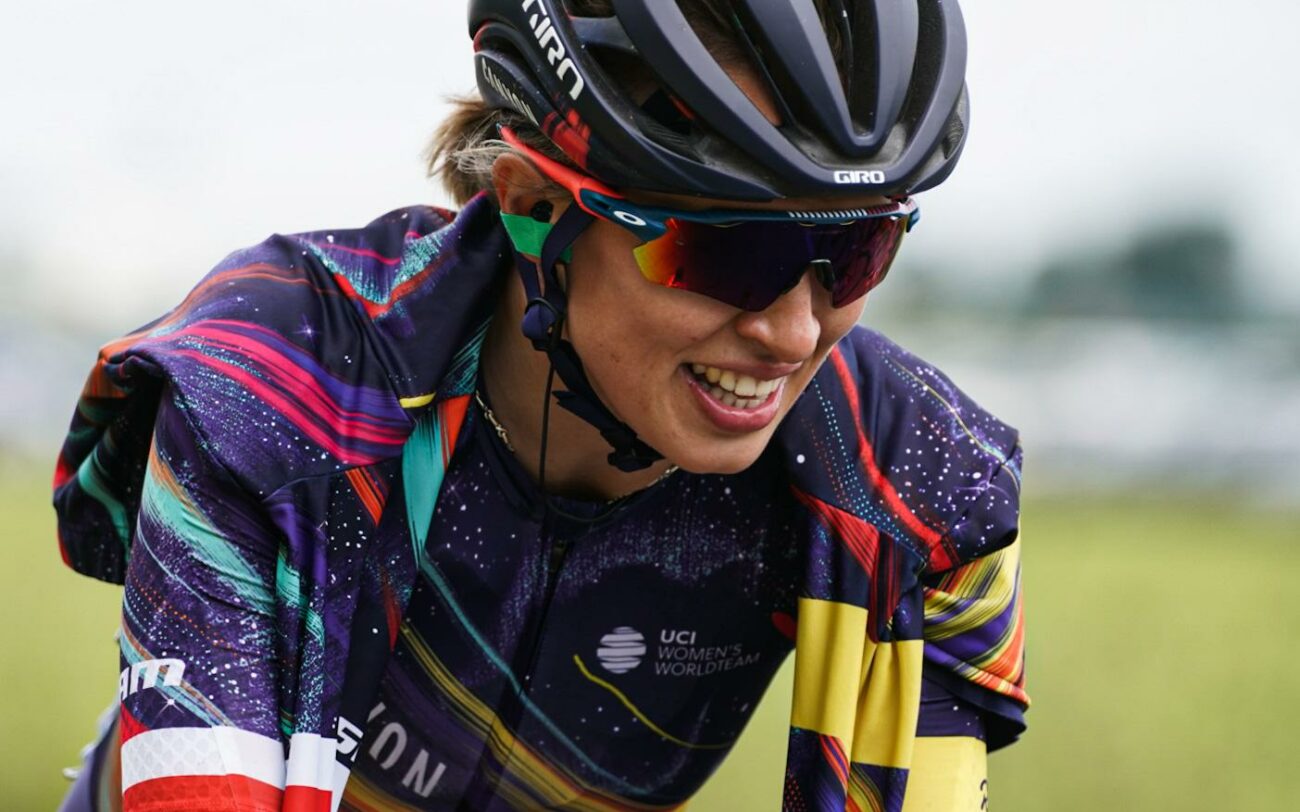 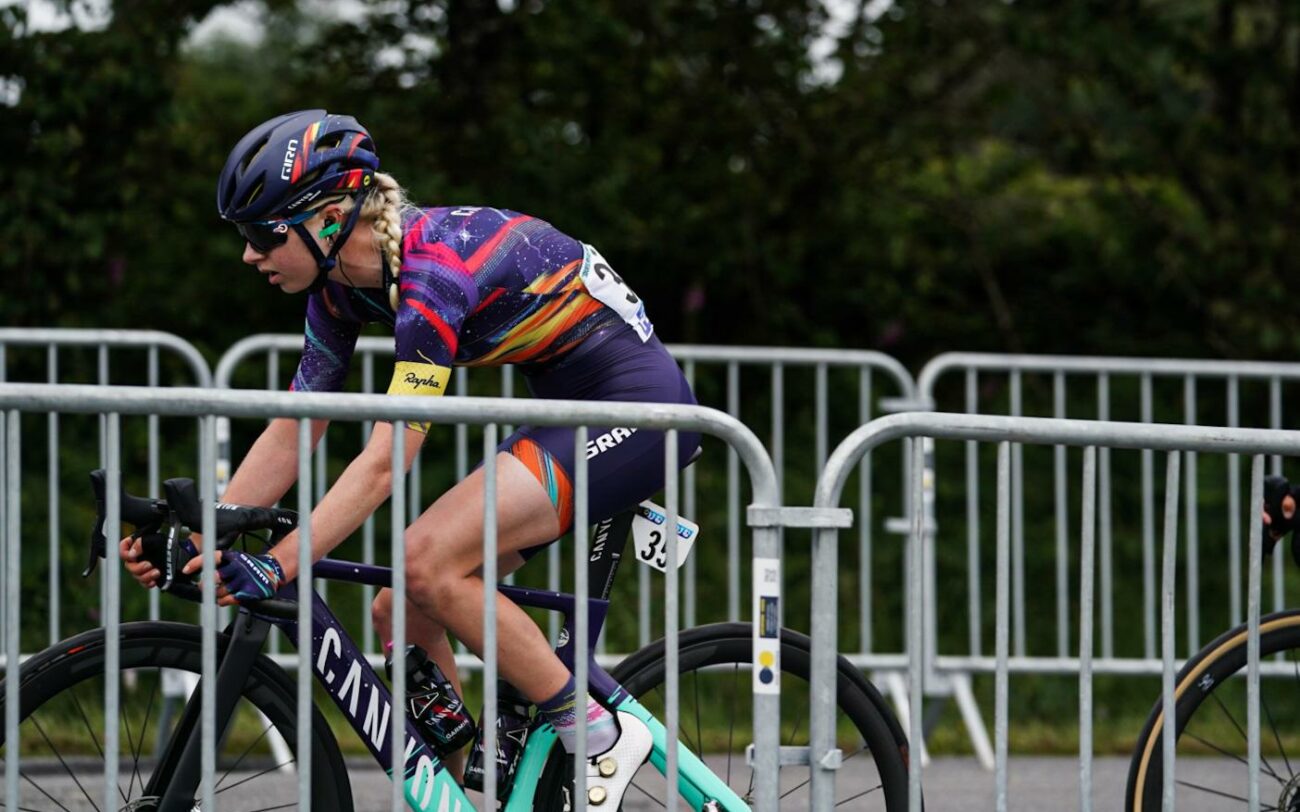 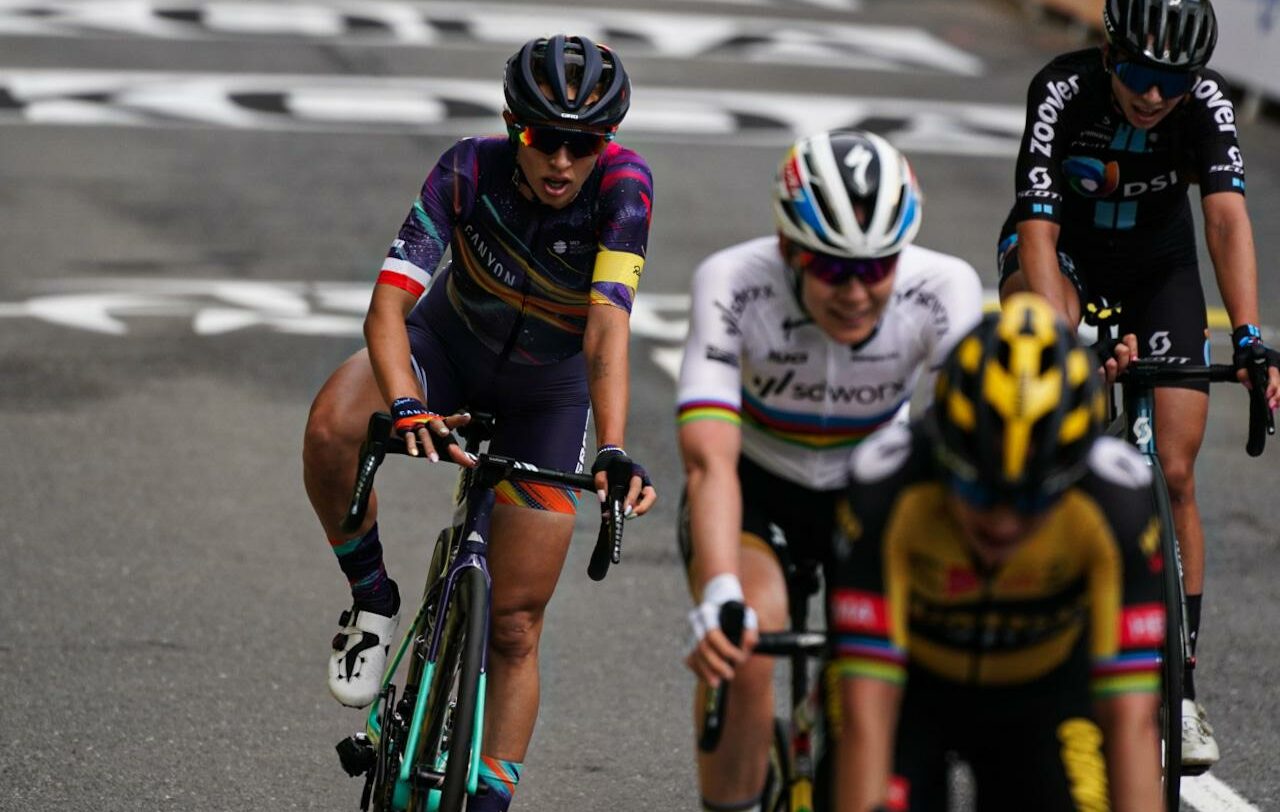 The CANYON//SRAM Racing colours were present in all of the action throughout the race with Mikayla Harvey in two key breakaways, as well as Elise Chabbey. When Mikayla’s final breakaway was caught just before the base of the last climb, it was Tiffany Cromwell who launched one of the first attacks. Though Grace Brown (BXE) tried, she could not close the gap to Tiffany, but it was Kasia who then attacked on the steepest part of the climb, and overtook her teammate. The move created a four-rider group that quickly swelled to eight. Kasia kept pacing the front until Cecilie Ludwig (FDJ) attacked with Vollering’s teammate Anna van der Breggen quickly closed that gap. With less than one kilometre to go the lead group played cat and mouse with no one willing to start the sprint and at one point came to a near stop. Eventually Marianne Vos (JVW) opened the sprint but Vollering was able to overtake her in the final 25 metres.

“I think the team did a great race. Mikayla and Elise were in breaks, Tiff tried at the bottom of the final climb. Everyone tried their best. Maybe if Mikayla’s breakaway wasn’t caught she could fight for the podium spot as this climb was suiting her more than me. I would have preferred if the steep part was at the end and not at the start,” explained Kasia.

The Polish rider admitted before the race that she was not in her peak form as she builds towards the Olympics next month, but was pleased with her performance.

“The finish was definitely not in my favour although it gives me motivation to put more effort and time into sprint training that I have been trying to improve already since spring. I feel optimistic about the future. It’s nice to feel that even though you are not in your best shape, you can still fight for the race,” said Kasia.

After the finish Mikayla said, “Part of me was hoping that our group would stay away. But I was also excited for the race scenario if a small group caught us and we could then battle on the climb with some nice counter attacks between Kasia and myself.”

“After I was swallowed by the peloton before the final climb I just kept fighting to do my best. When they started going so slow and almost stop in front I thought maybe we had a chance to catch them again but we were a few seconds off. Still, I was happy to be in two breakaways and I felt strong today.”