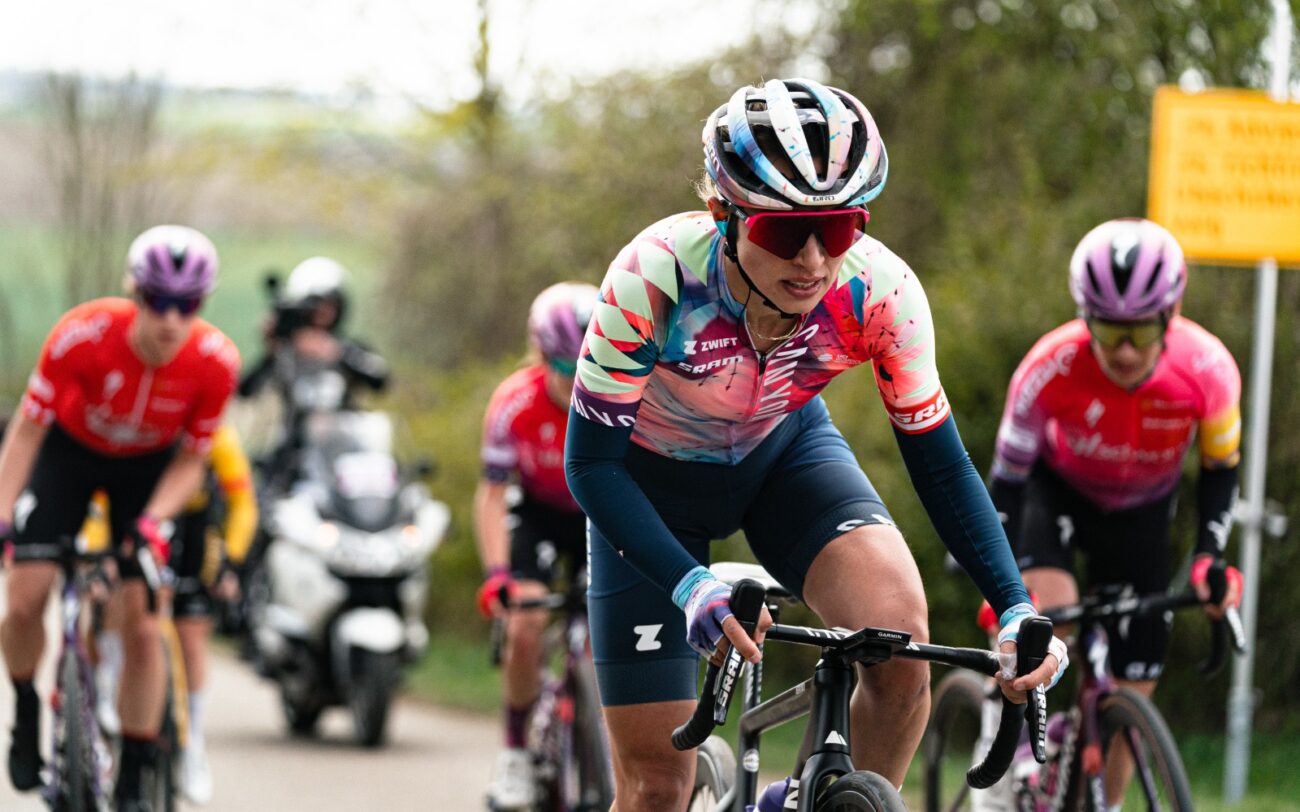 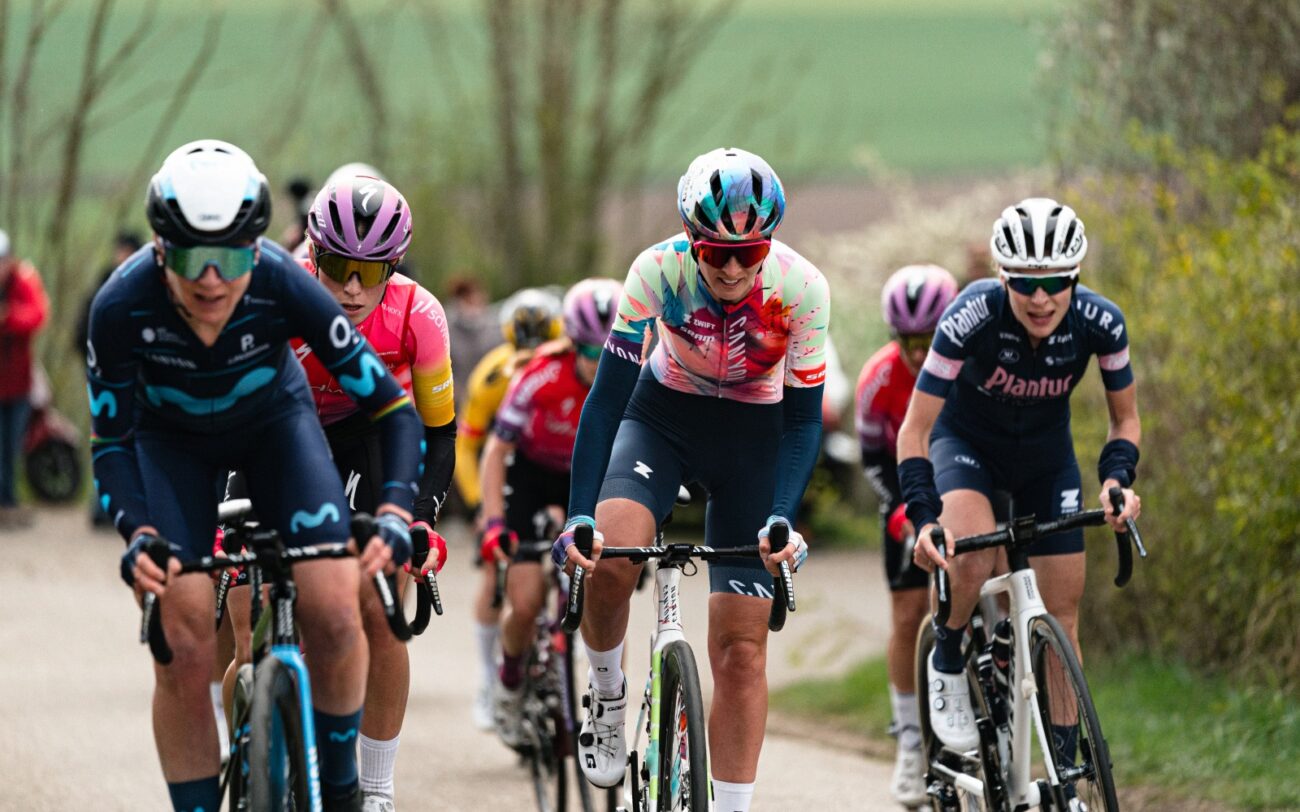 CANYON//SRAM Racing’s Kasia Niewiadoma sprinted to fifth place in today’s Amstel Gold Race in the Netherlands. The Women’s World Tour race started with fireworks with Kasia already in an eight-rider group of leading names with still 70km to race. As the peloton moved into the final three local circuits around Valkenburg, the breakaway was caught and it was Pauliena Rooijakkers who made a solo attack with 35km to go.

Pauliena was joined by Amanda Spratt and Arlenis Sierra and the trio stayed away until the final 10km of the fast-paced race. Teammates Soraya Paladin, Mikayla Harvey and Elise Chabbey all tried to play their roles to set up Kasia for the finale. After the battle on the fourth and final ascent of the Cauberg, seven riders emerged in the run into the finish line. Marta Cavalli seized the opportunity for a late attack with around 1.8km to go. The FDJ rider rode away to a solo victory while behind Kasia put in an impressively strong sprint to finish fifth.

After the race, Kasia says, “I feel weirdly sad and disappointed because I really wanted to deliver the result for the team! I didn’t do what I wanted to do on the last Cauberg, somehow losing my confidence in myself and allowing others to dictate the pace.”

“On the other hand, I’m very proud of my teammates who did an amazing job today. I feel as a group we are coming closer and closer together with every passing race.”

Asked if she was happy with the improvement shown in her sprint, Kasia replied, “I worked on my sprint throughout the winter, but to be honest, the feeling of not winning this race puts me in a place where I don’t see the positive parts of my race today. I need a time I guess,” adds Kasia.

For her attack and breakaway efforts, Pauliena won the Most Combative award.