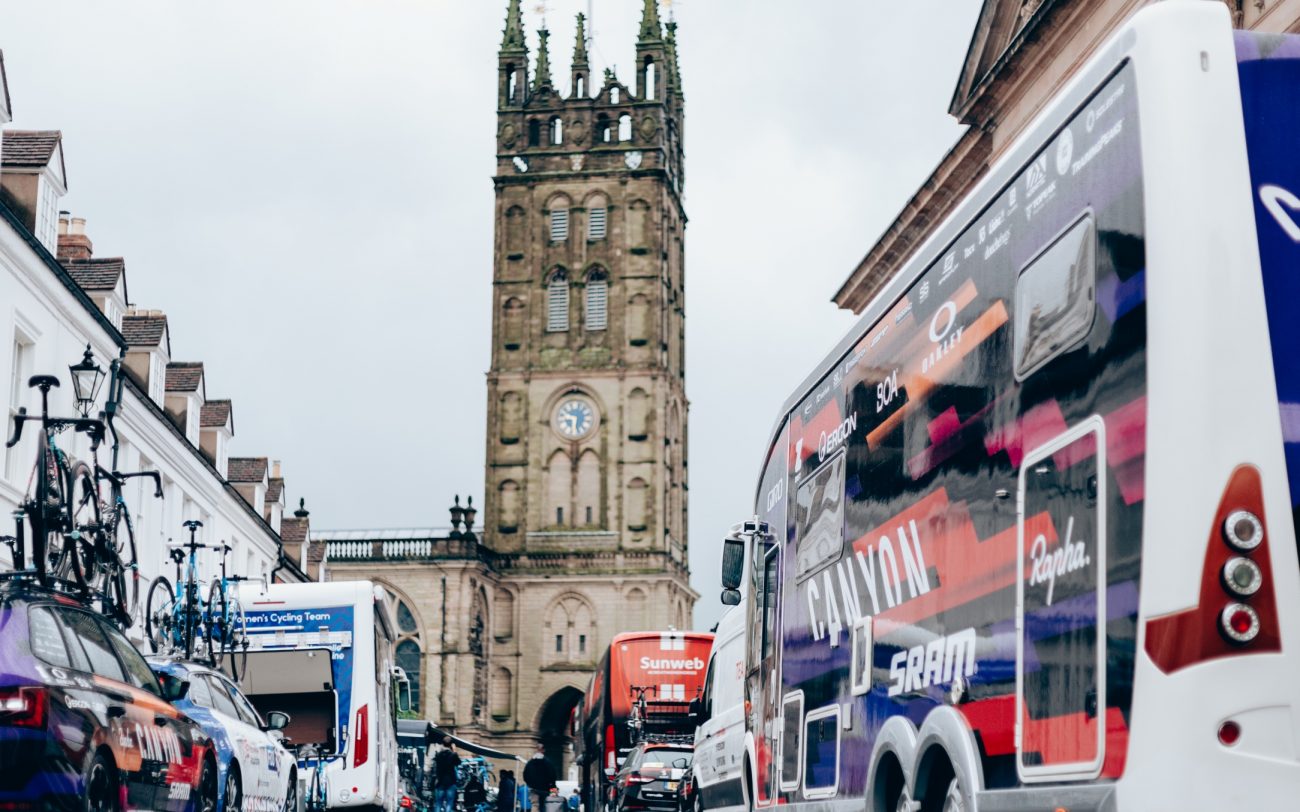 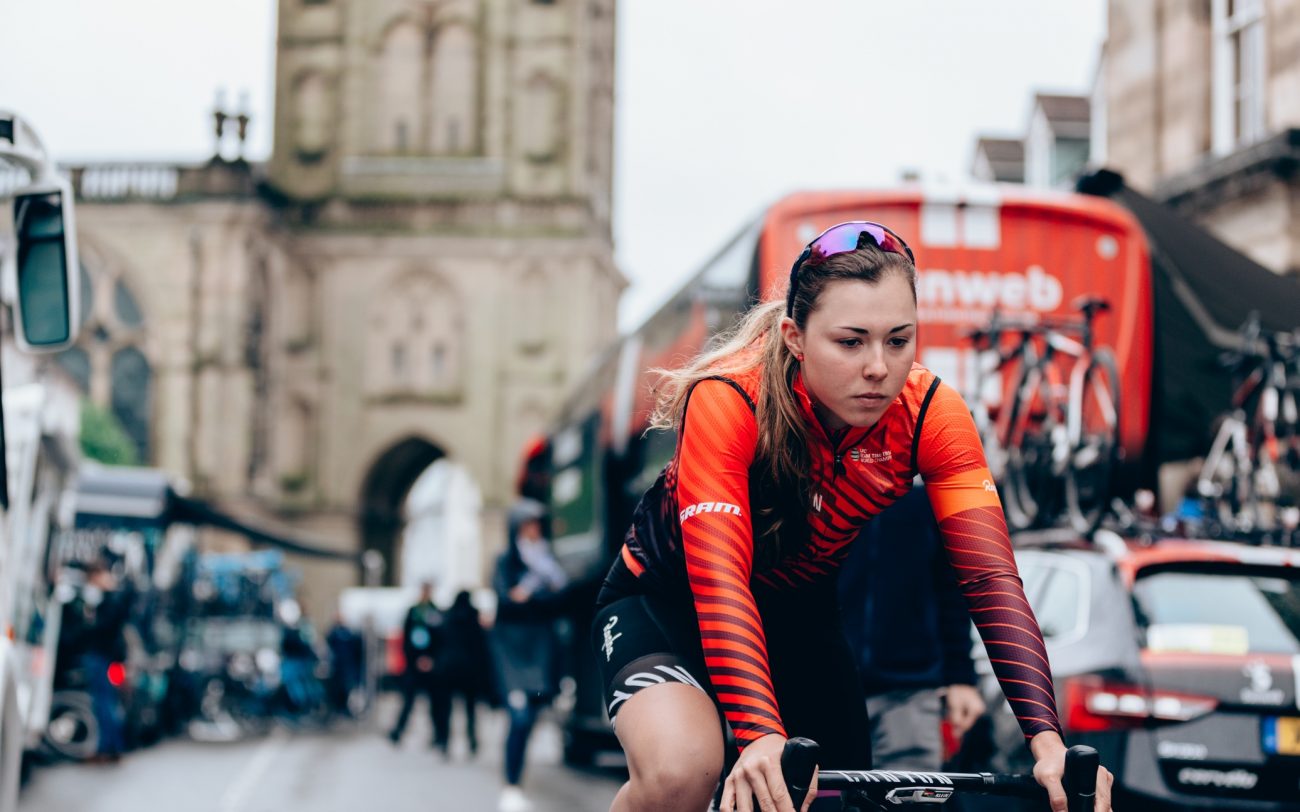 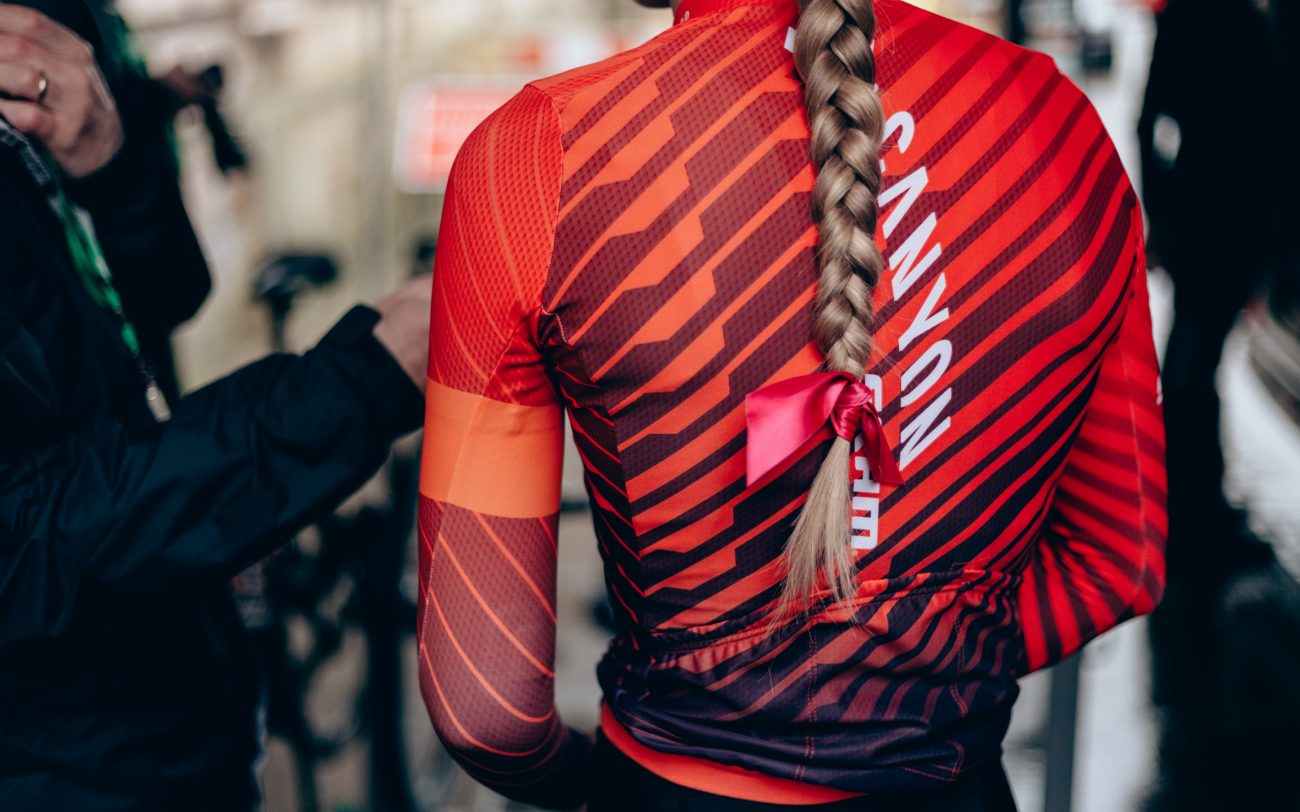 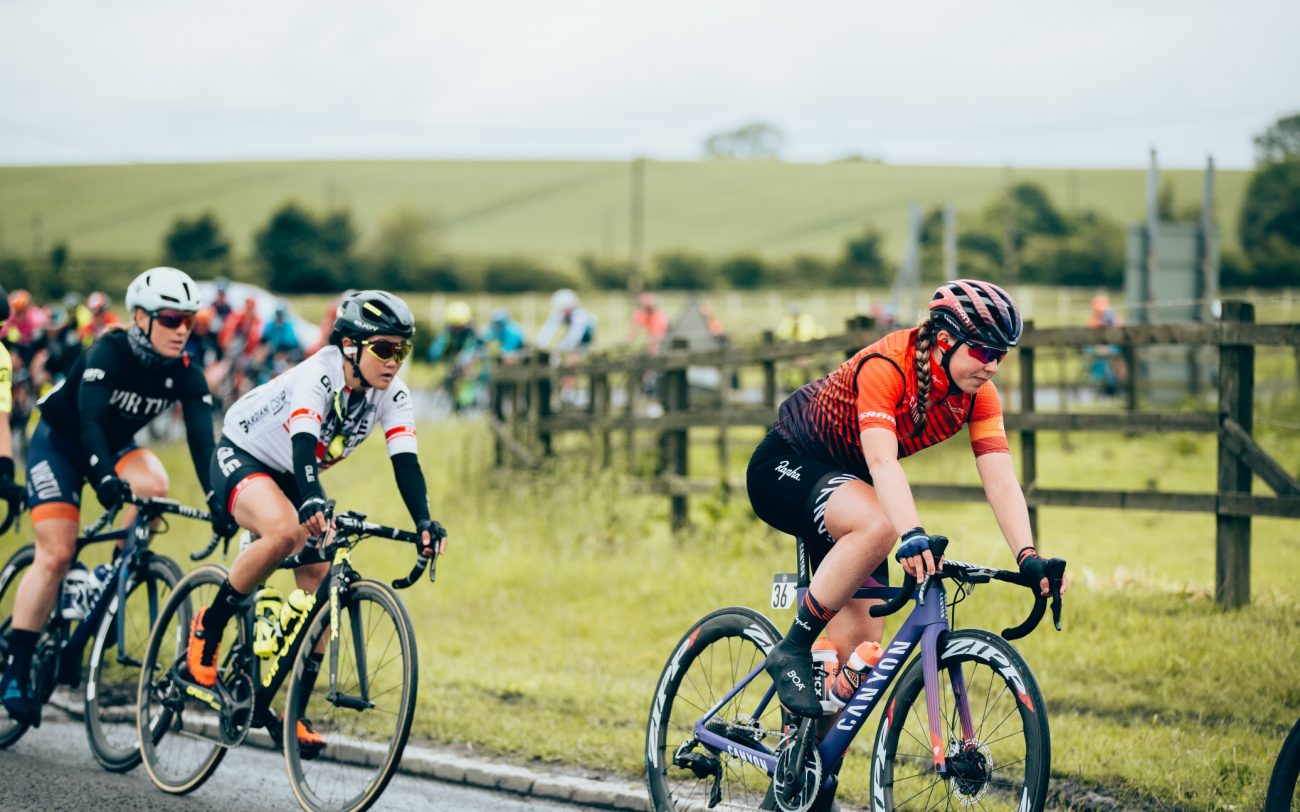 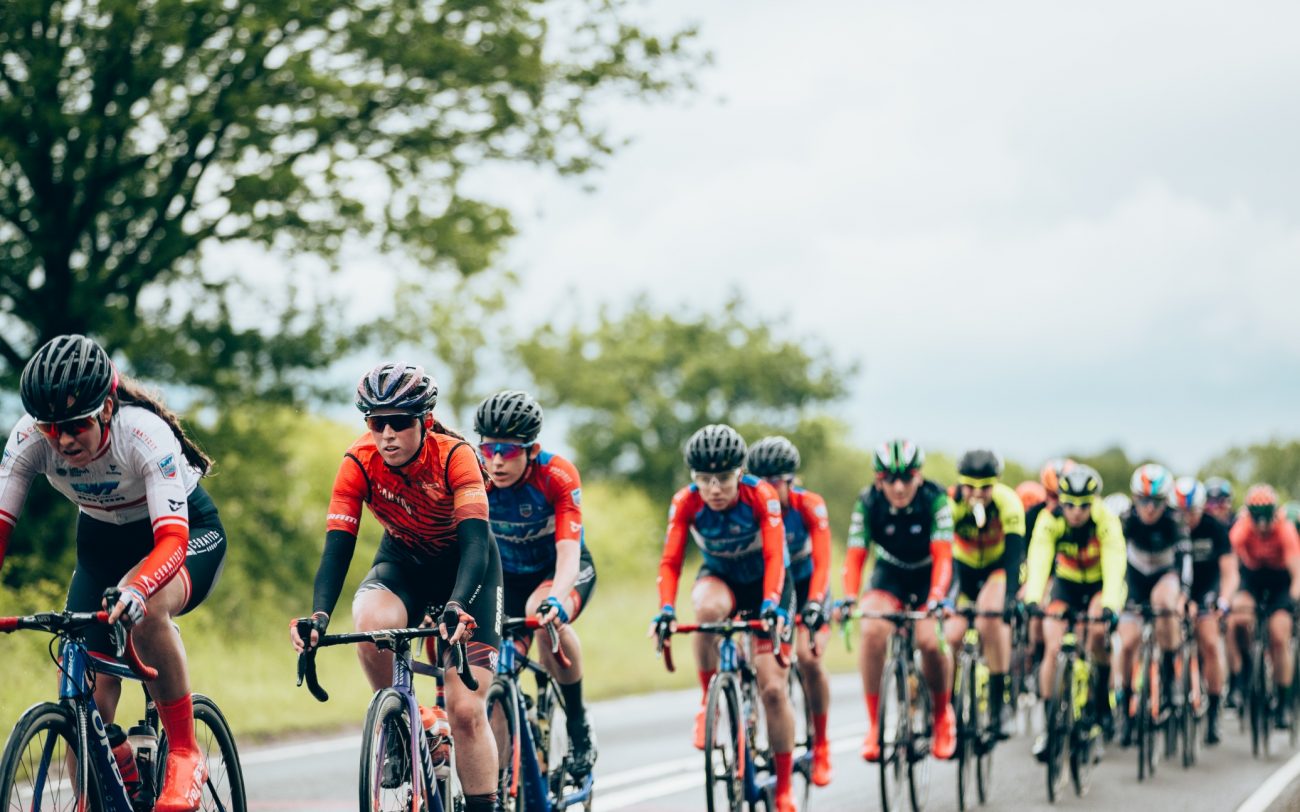 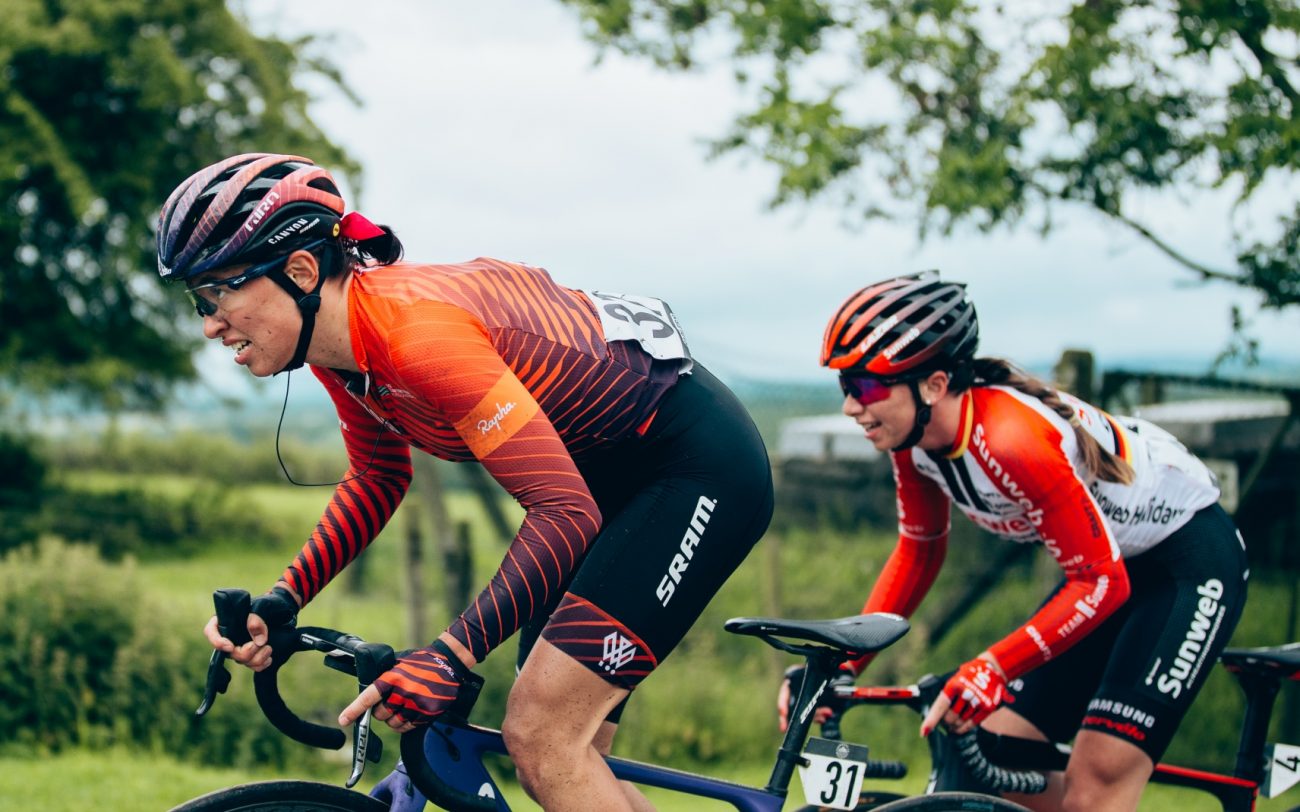 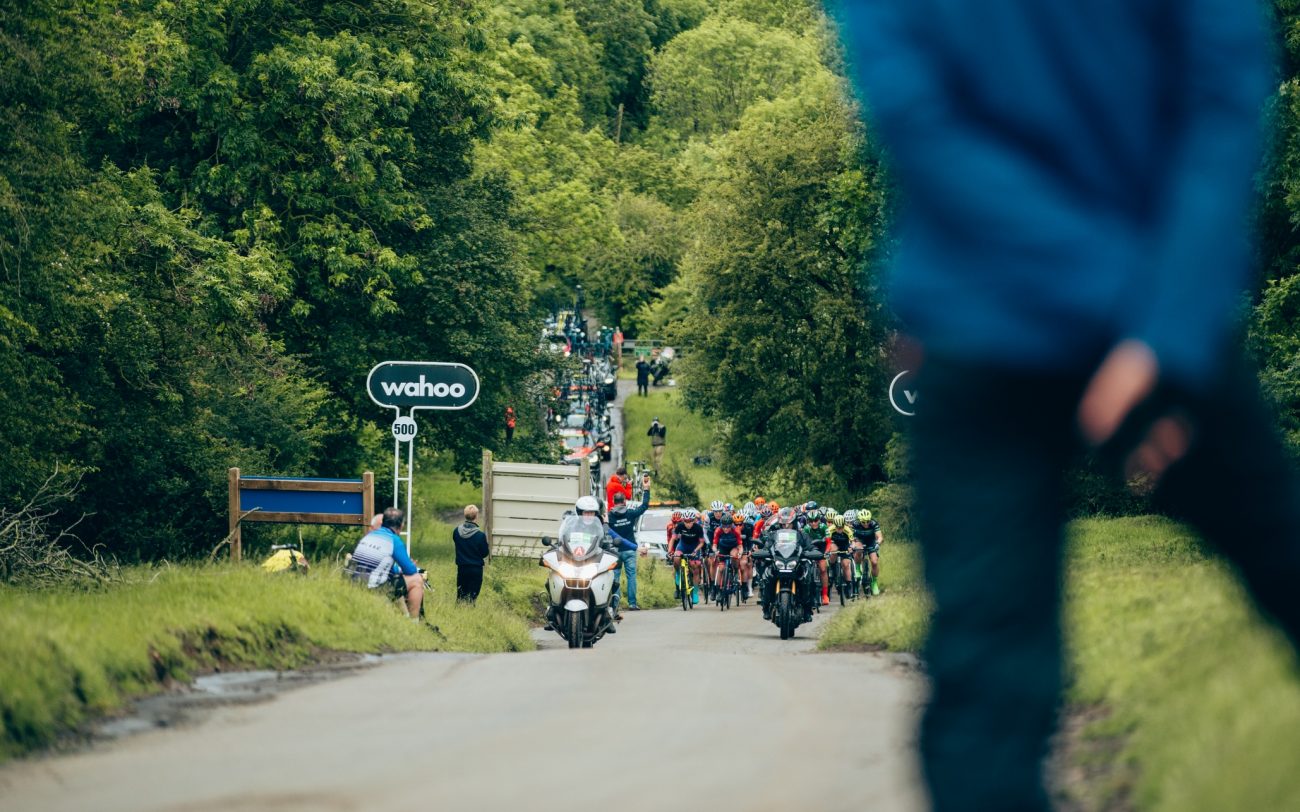 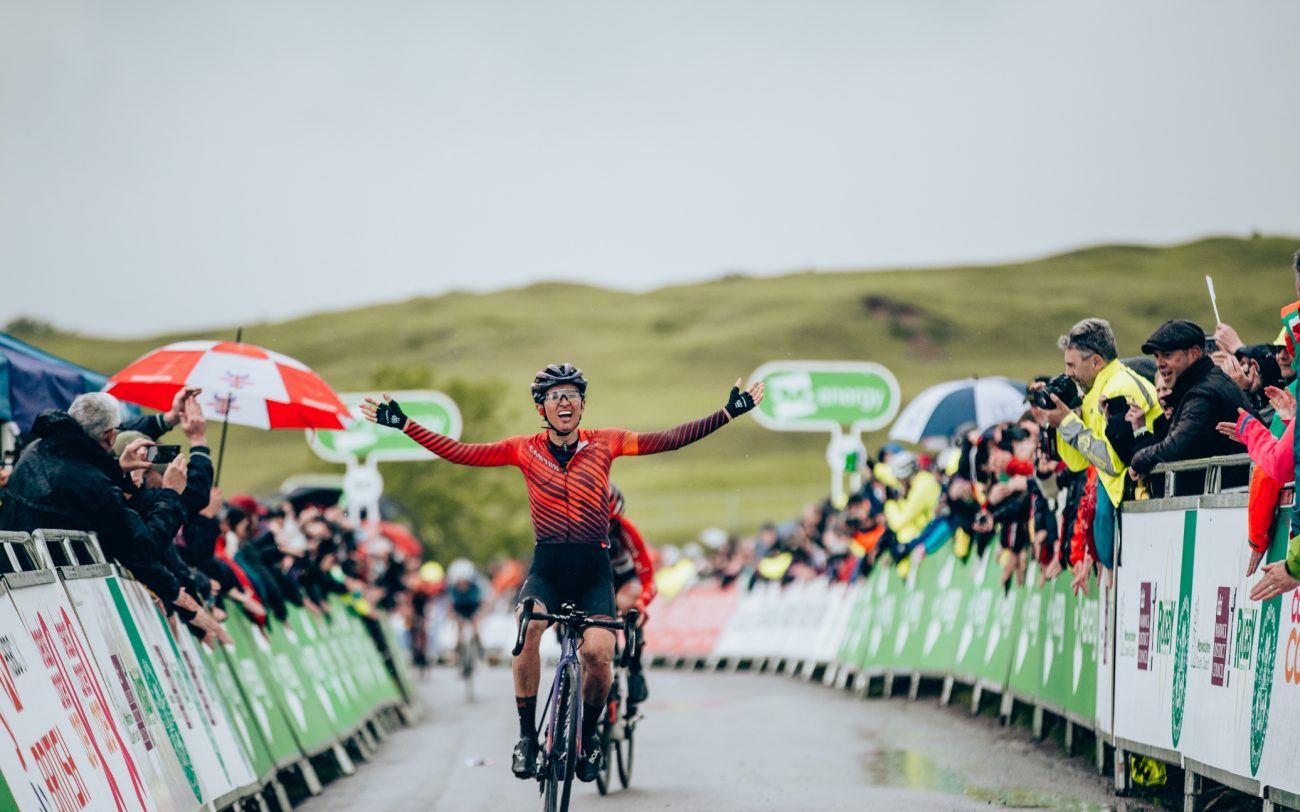 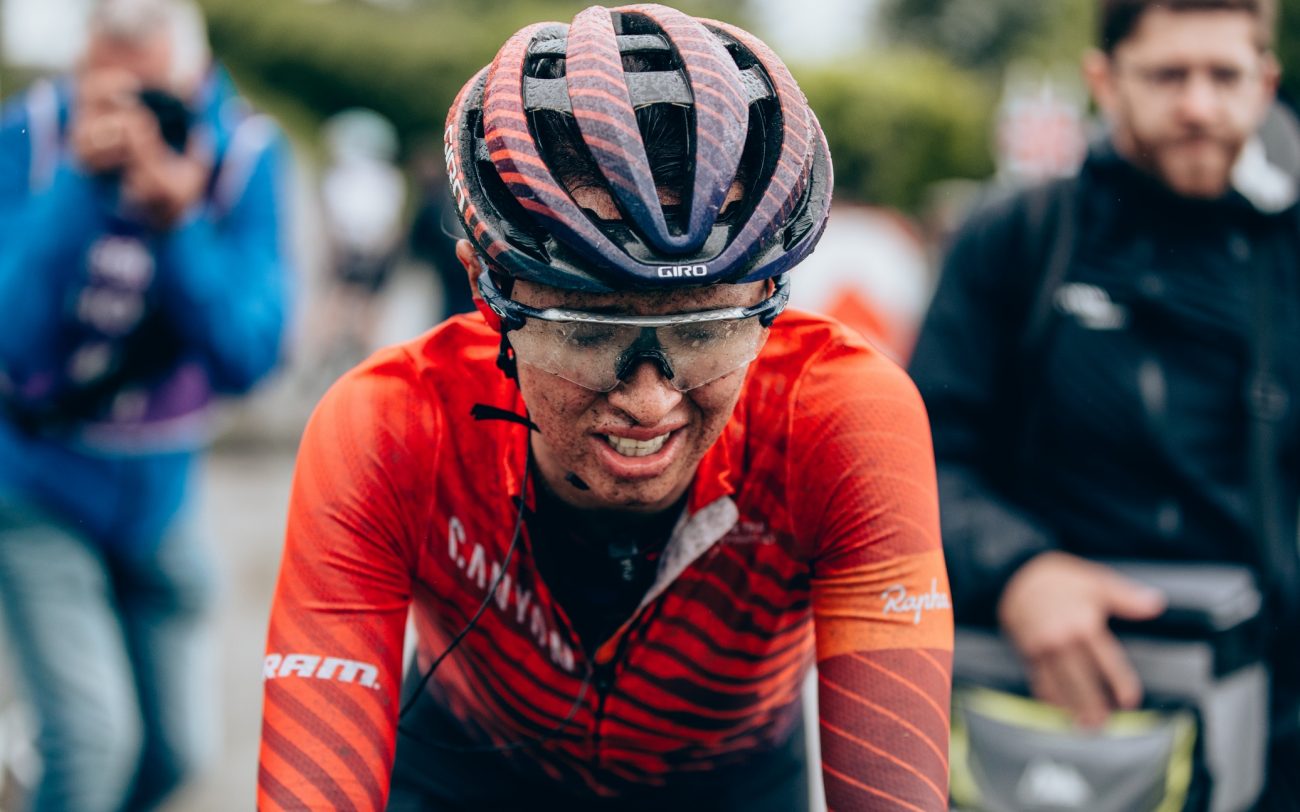 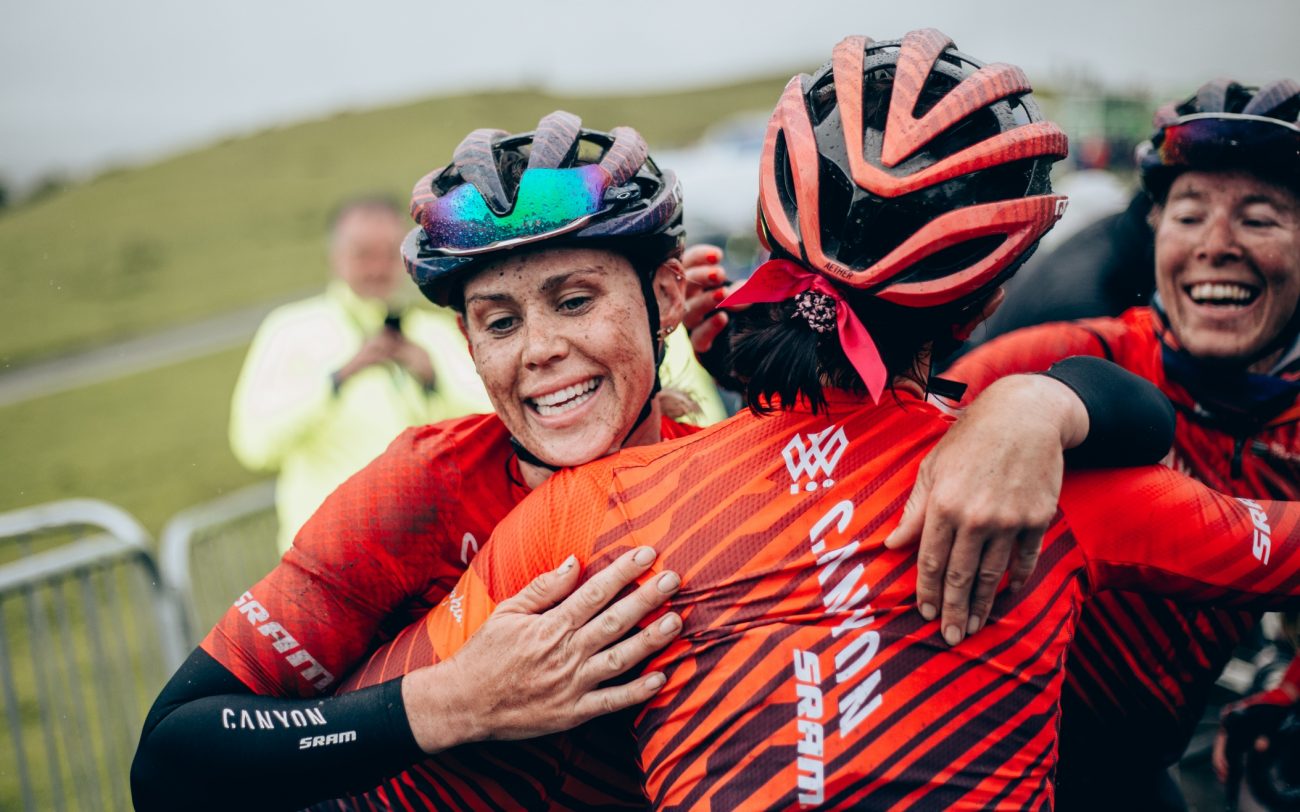 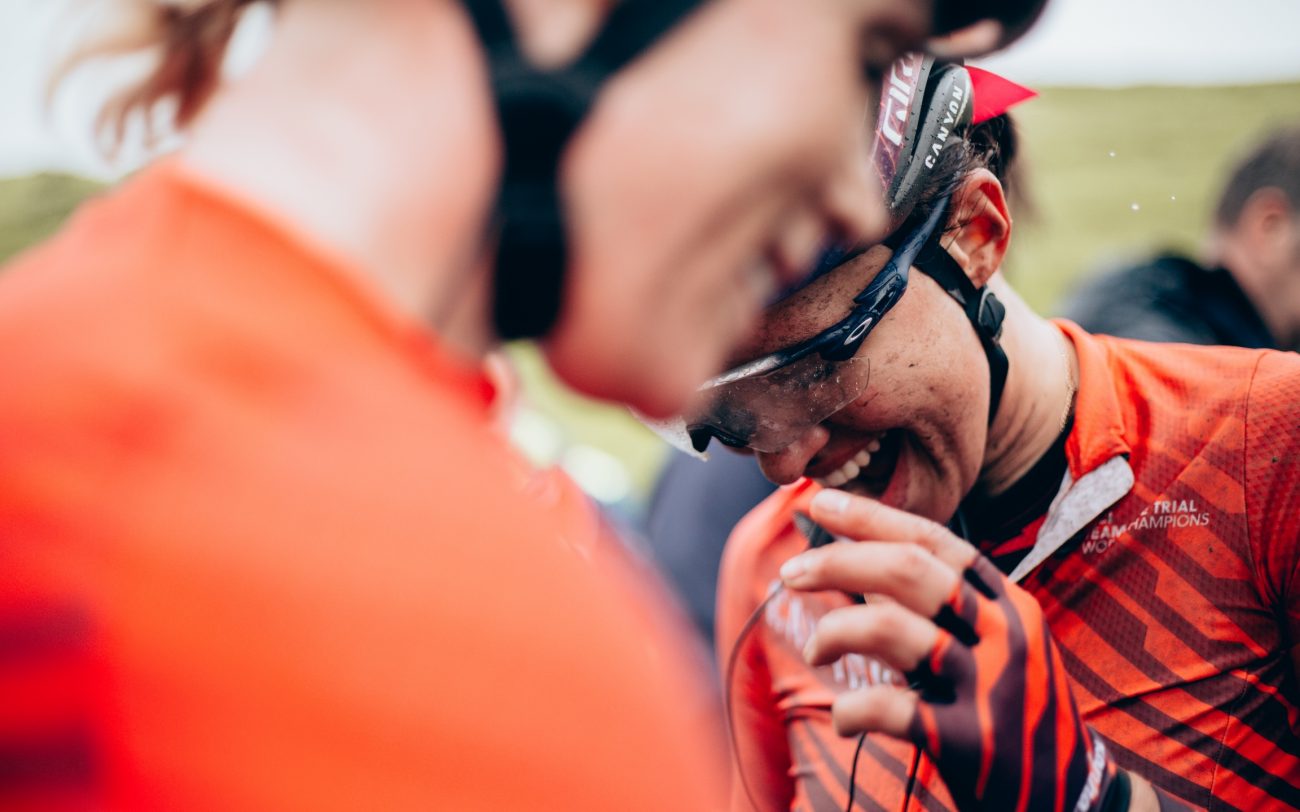 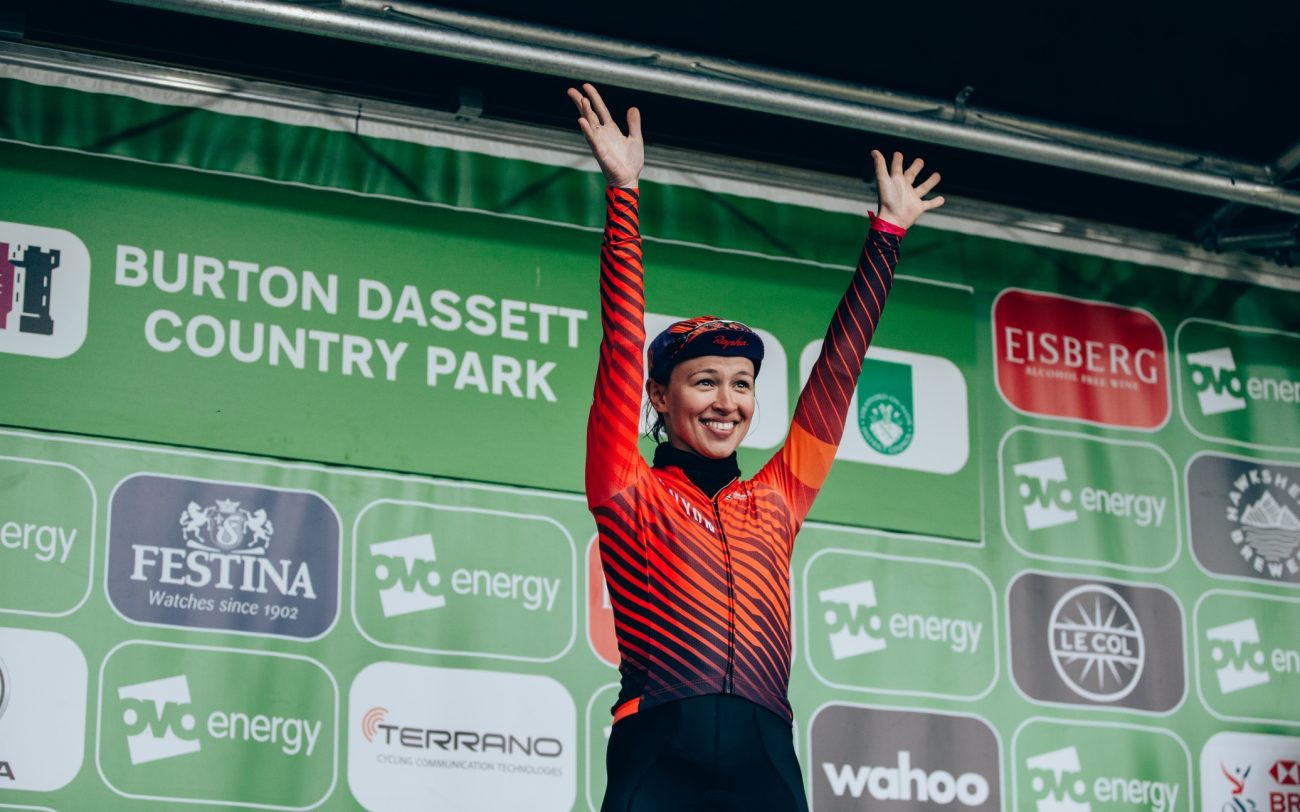 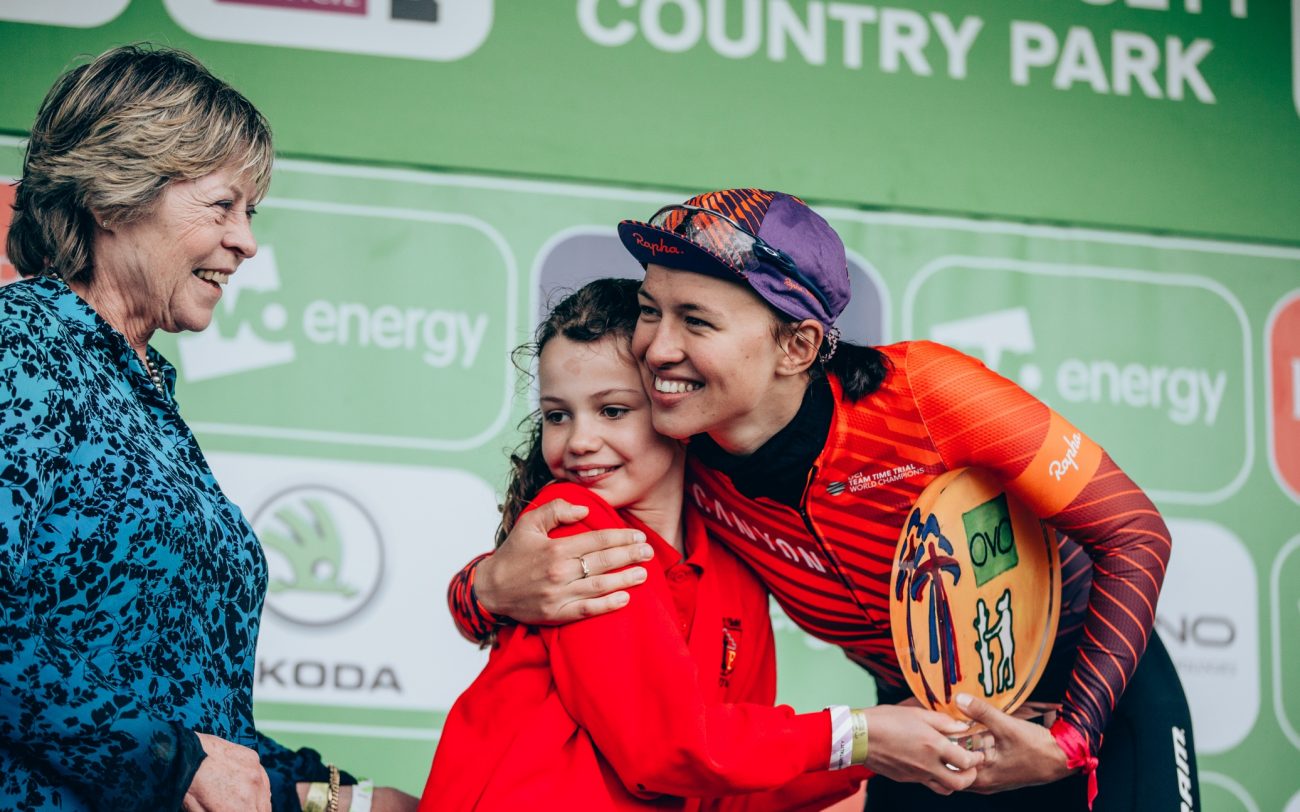 “Kasia proved once again that she’s one for spectacular victories. Her win today was outstanding.”

“The team rode extremely well. Although we didn’t have a jersey to defend they were committed to lower the time gap because they all believed that Kasia can achieve something today. For Kasia to attack on the circuit, be in the breakaway, then get caught, and then to attack on the finish climb again to win, it was spectacular.”

It was the first time the tour had a hilltop finish and it didn’t disappoint. A three-rider breakaway gathered an advantage close to ten minutes before the peloton started to work together to reel them in. As the race approached the final circuits, two riders remained.

Niewiadoma attacked through the first passage of the finish line causing havoc to the advantage of the breakaway ahead and the remainder of the peloton behind. On the final 1km climb to the finish the Polish rider attacked again and went clear to take victory.

After the team lost Elena Cecchini out of the race with a dislocated and broken wrist suffered in a crash yesterday, it was determined to make amends today.

“It was super good teamwork today. We were very motivated because we lost Elena yesterday so we wanted to fight today and show her our love and support by winning a stage. I knew that this final climb belonged to me and that I could have a big advantage there, but I knew that I wouldn’t have been able to do that without my team,” said Niewiadoma.

“Alice, and then Lisa were chasing the breakaway really hard for a long, long time because the break had nearly ten minutes advantage. I was proud of their work and the gap was coming down. I knew that they were doing that for me, so I knew that I needed to be at my best,” continued Niewiadoma.

I only had to focus on the final climb

“Then, everything was up to Tiffany and Hannah. They were controlling all of the small attacks and putting me in a great position before the climbs. It meant that I didn’t need to worry about any other scenario and I could just focus on my own effort on the last climb and do my best. I wanted to go deep and to win it. I was highly motivated and that motivation grew each lap. We’re insanely happy with this victory!” said Niewiadoma.

The race is sponsored by Terrano Systems, as the Official Cycling Communication System Partner, and can be followed on Twitter with #UCIWWT and #OVOWT.

International viewers will be able to watch the 2019 OVO Energy Women’s Tour on the following networks: