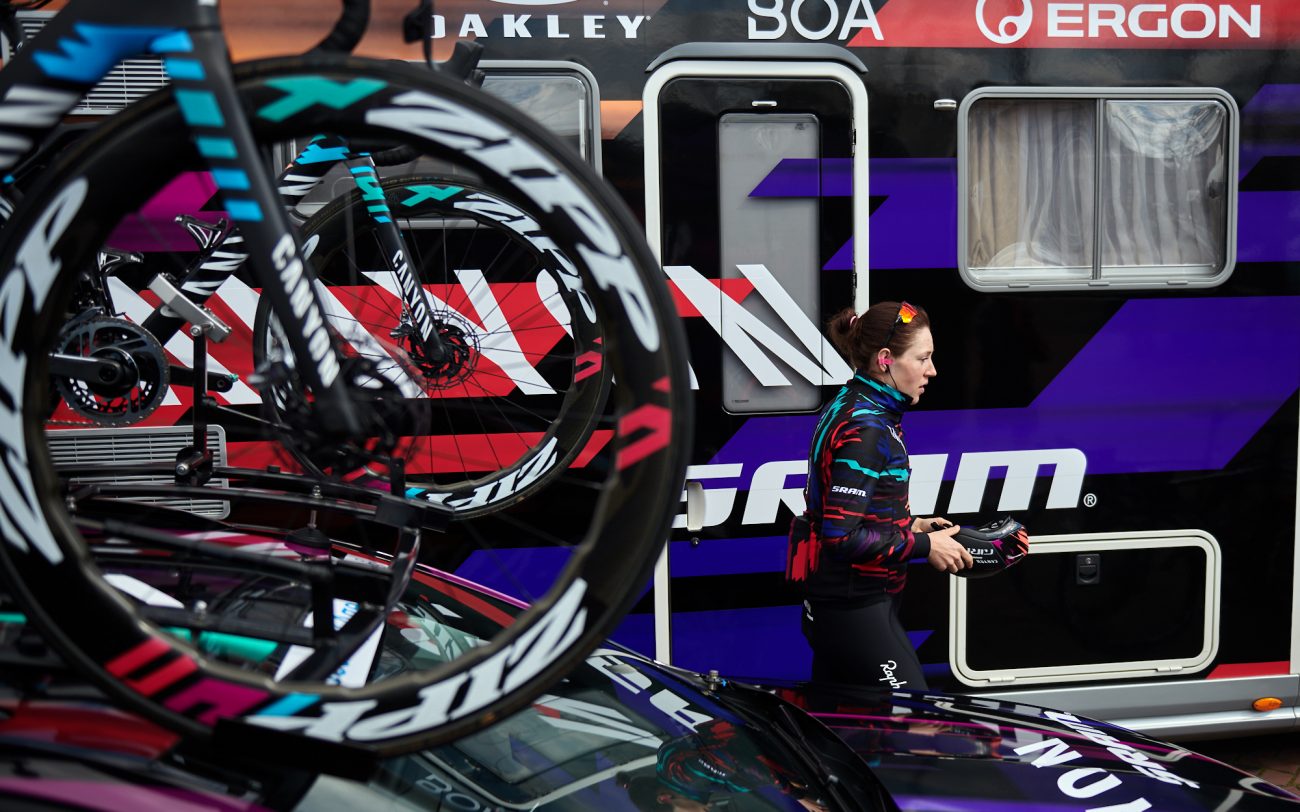 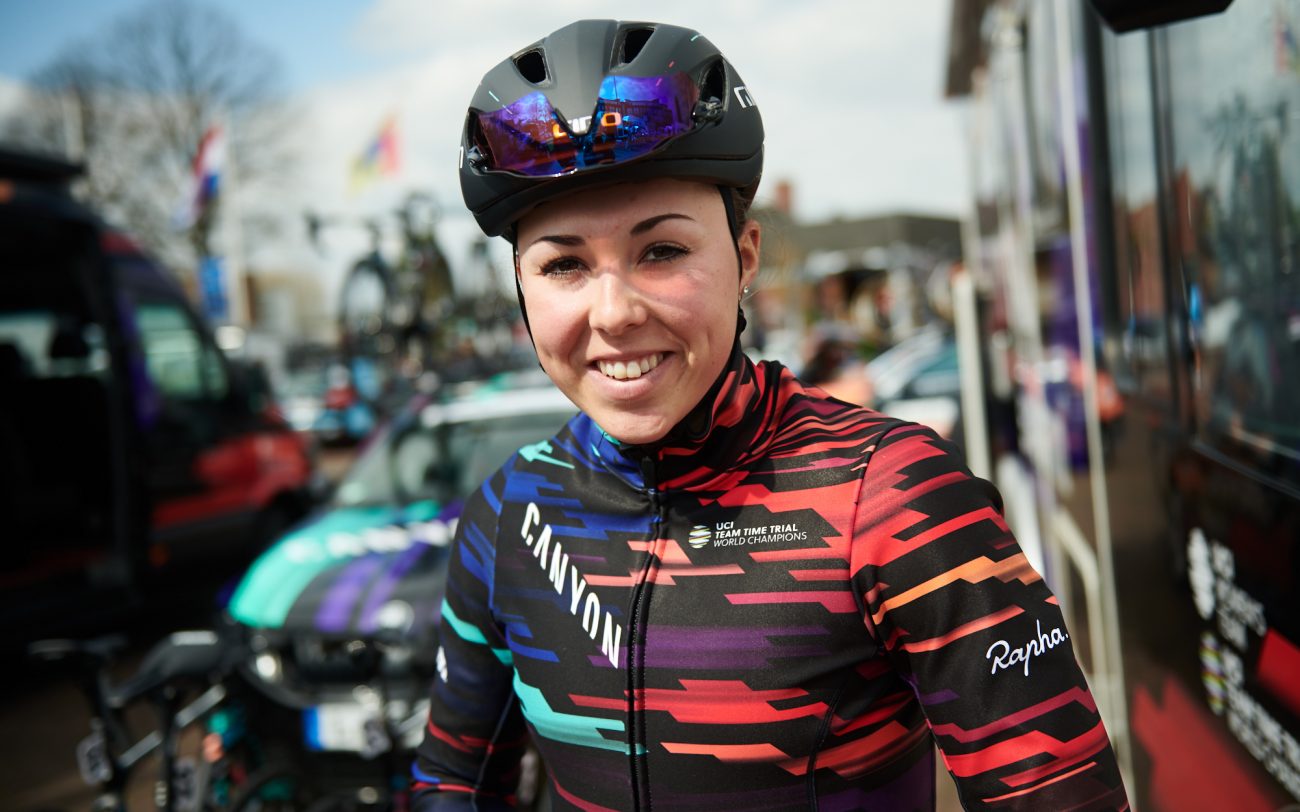 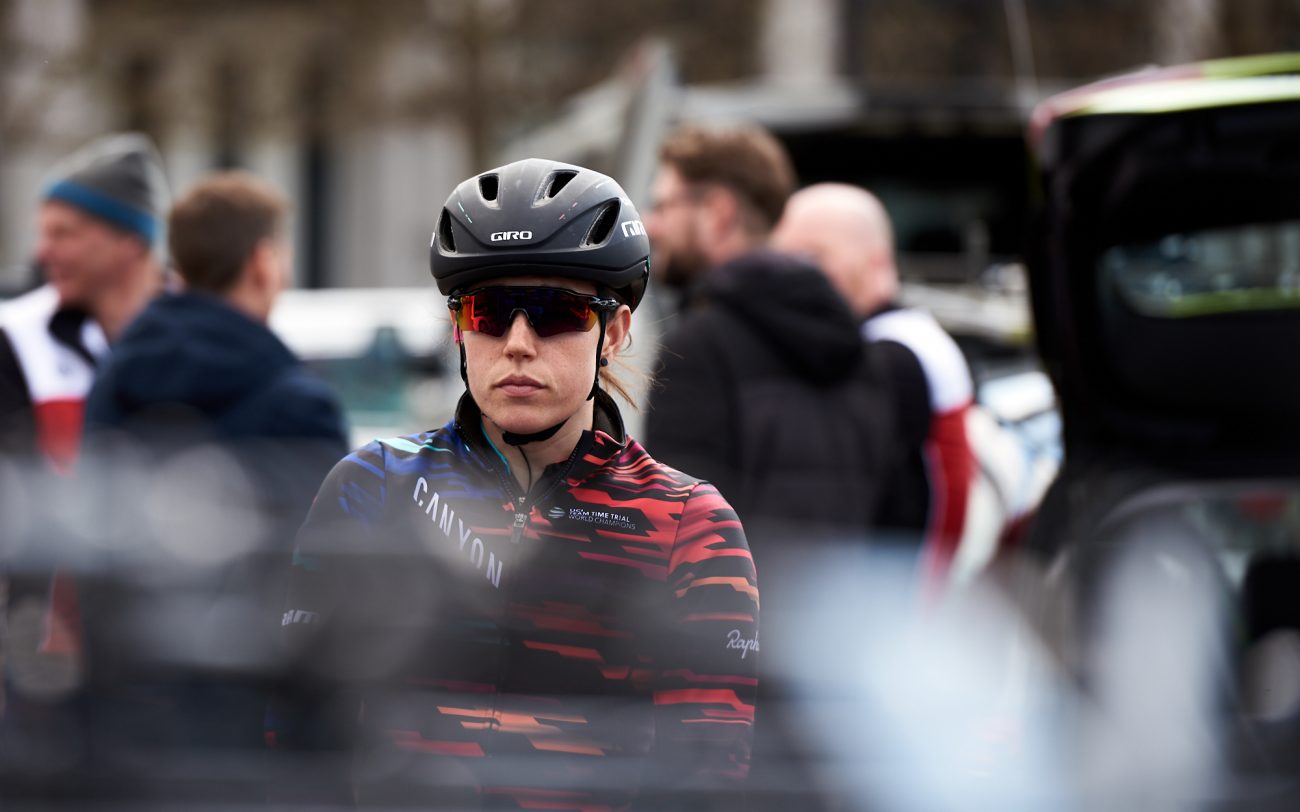 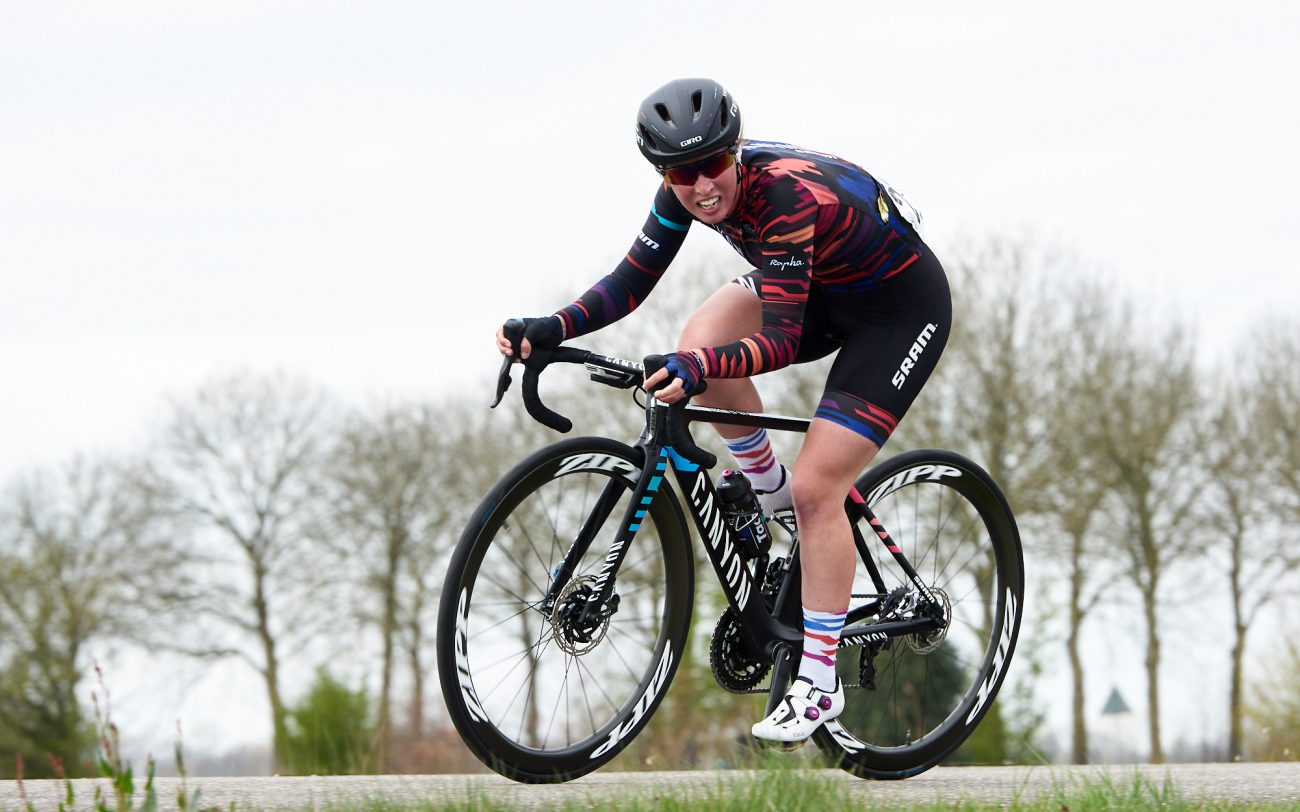 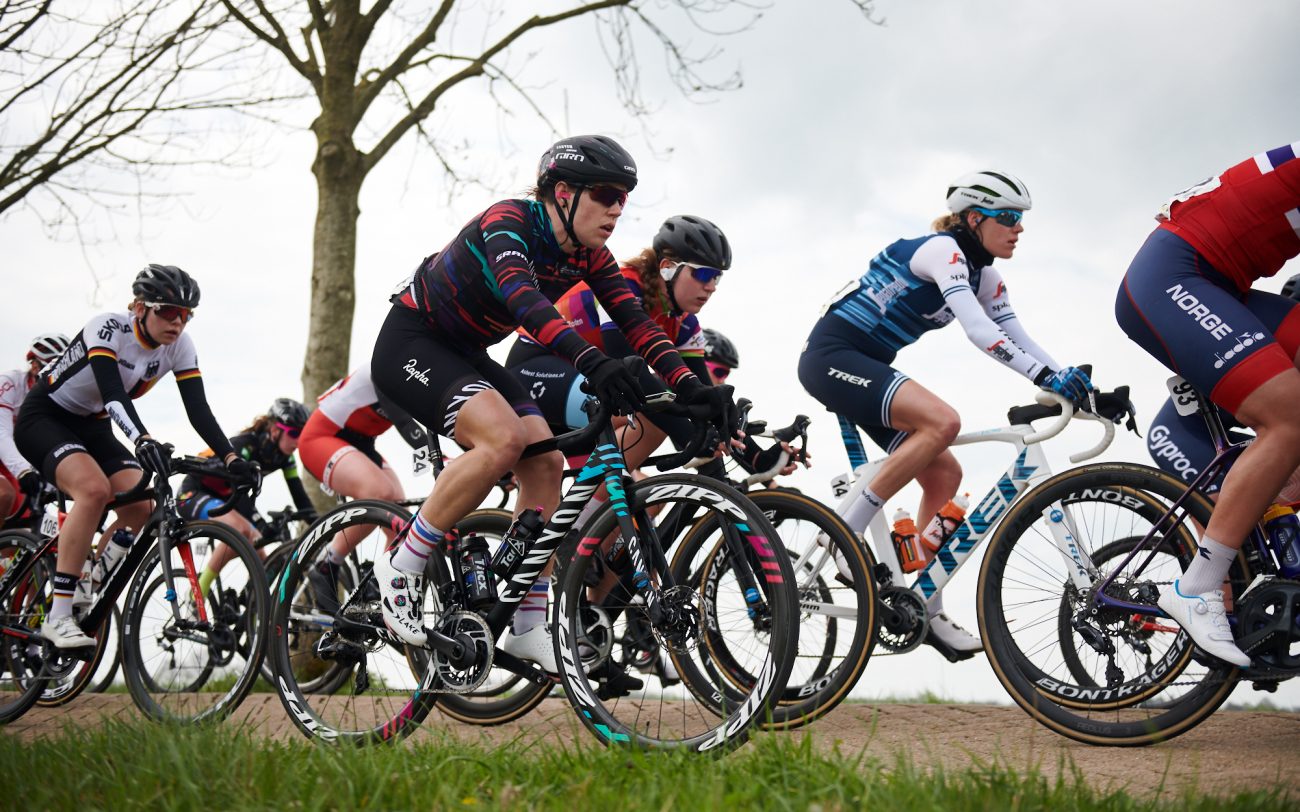 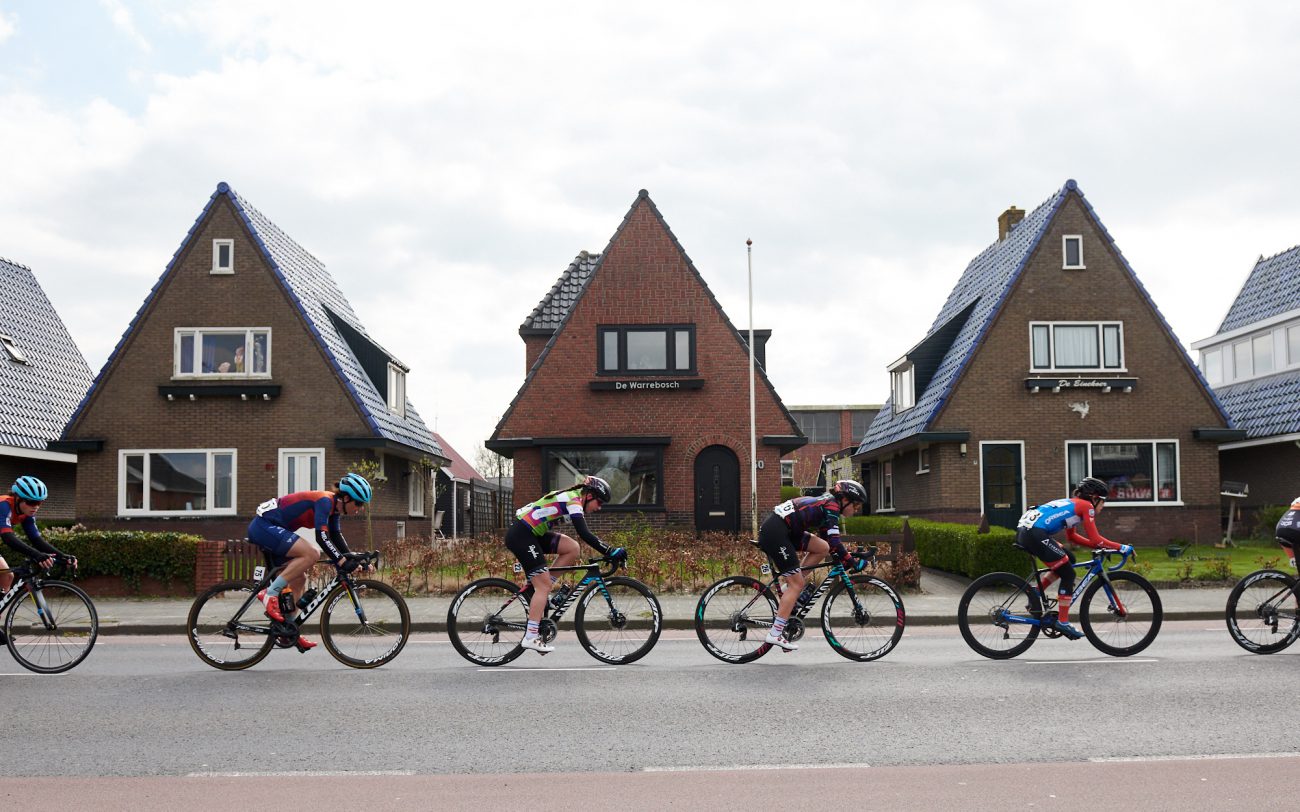 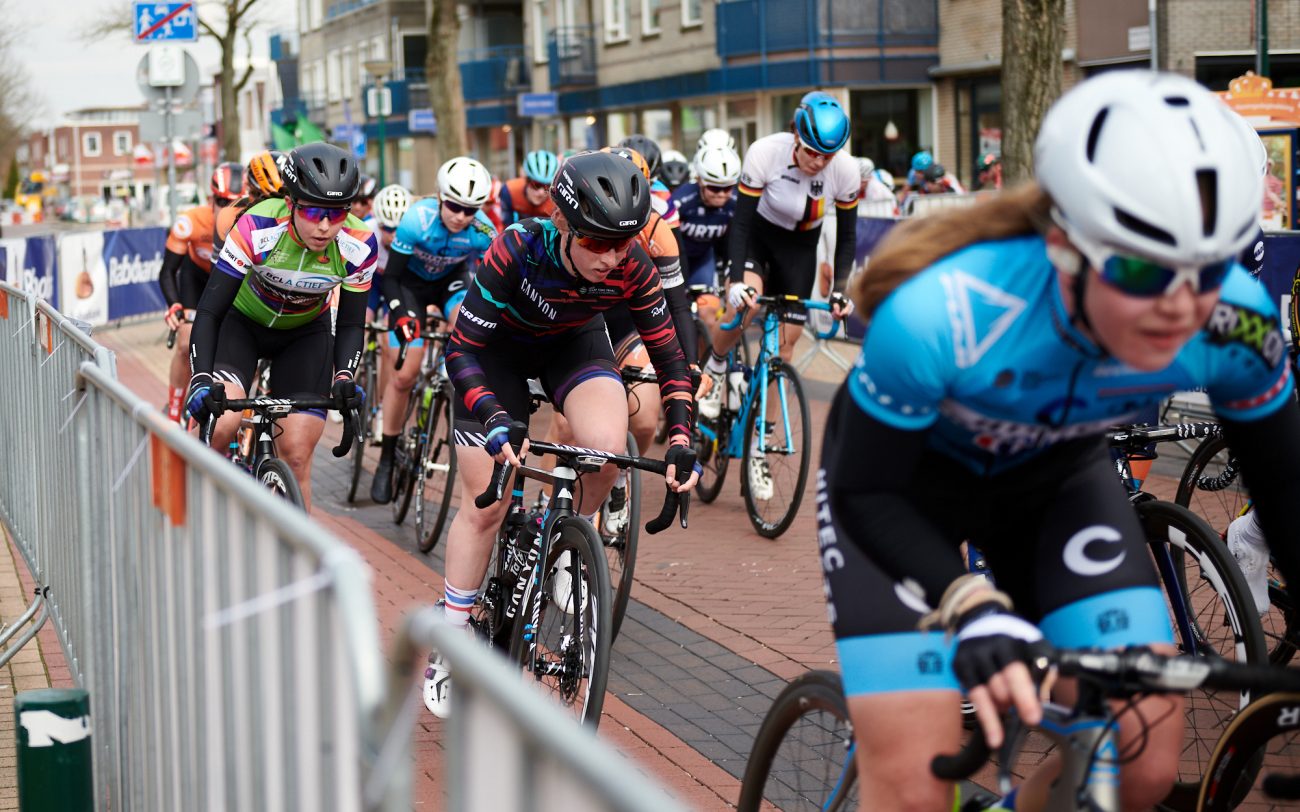 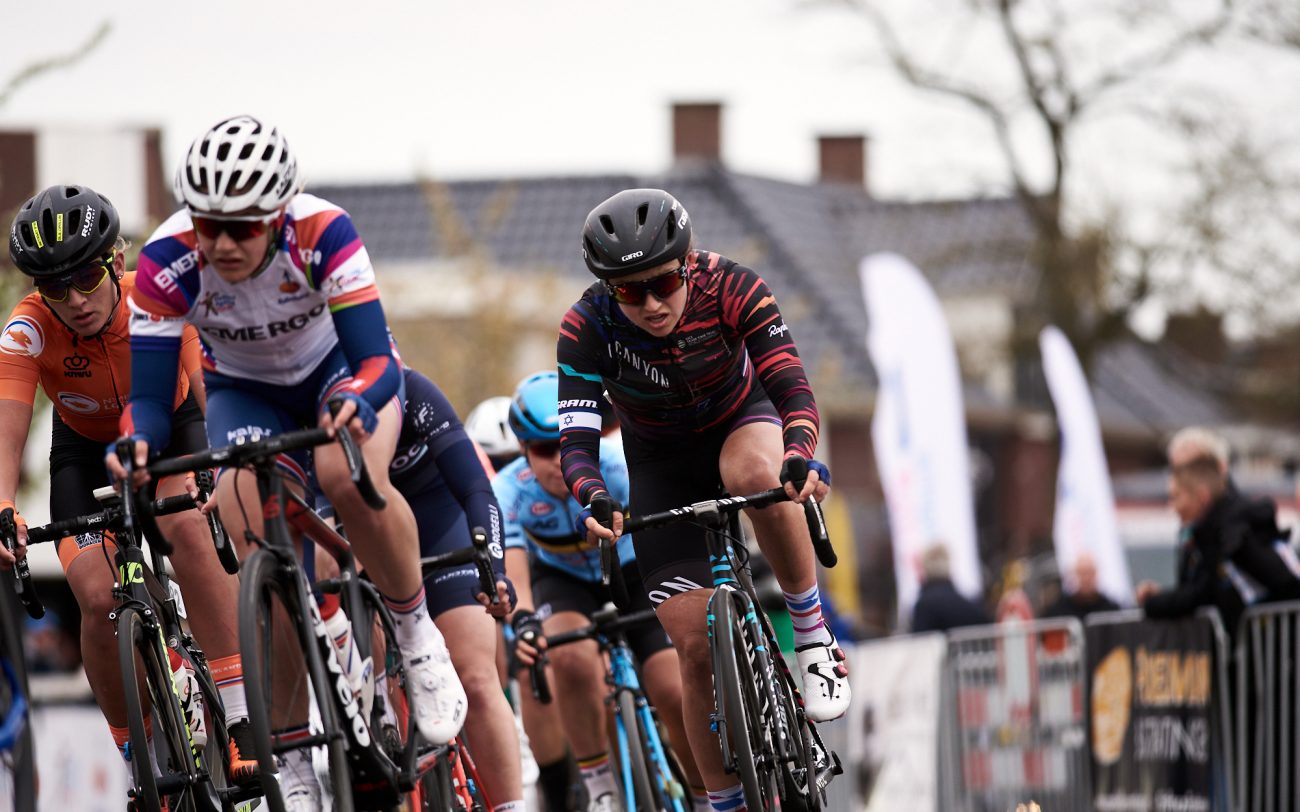 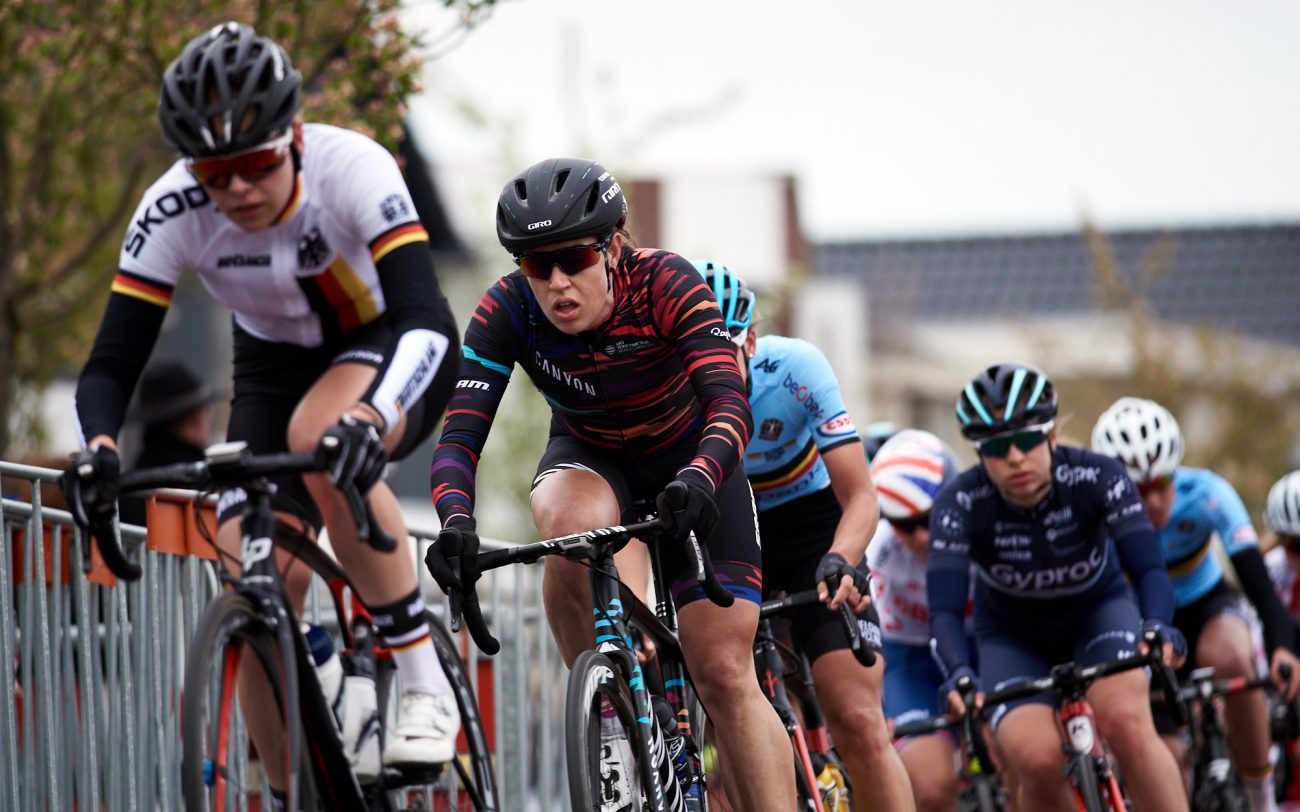 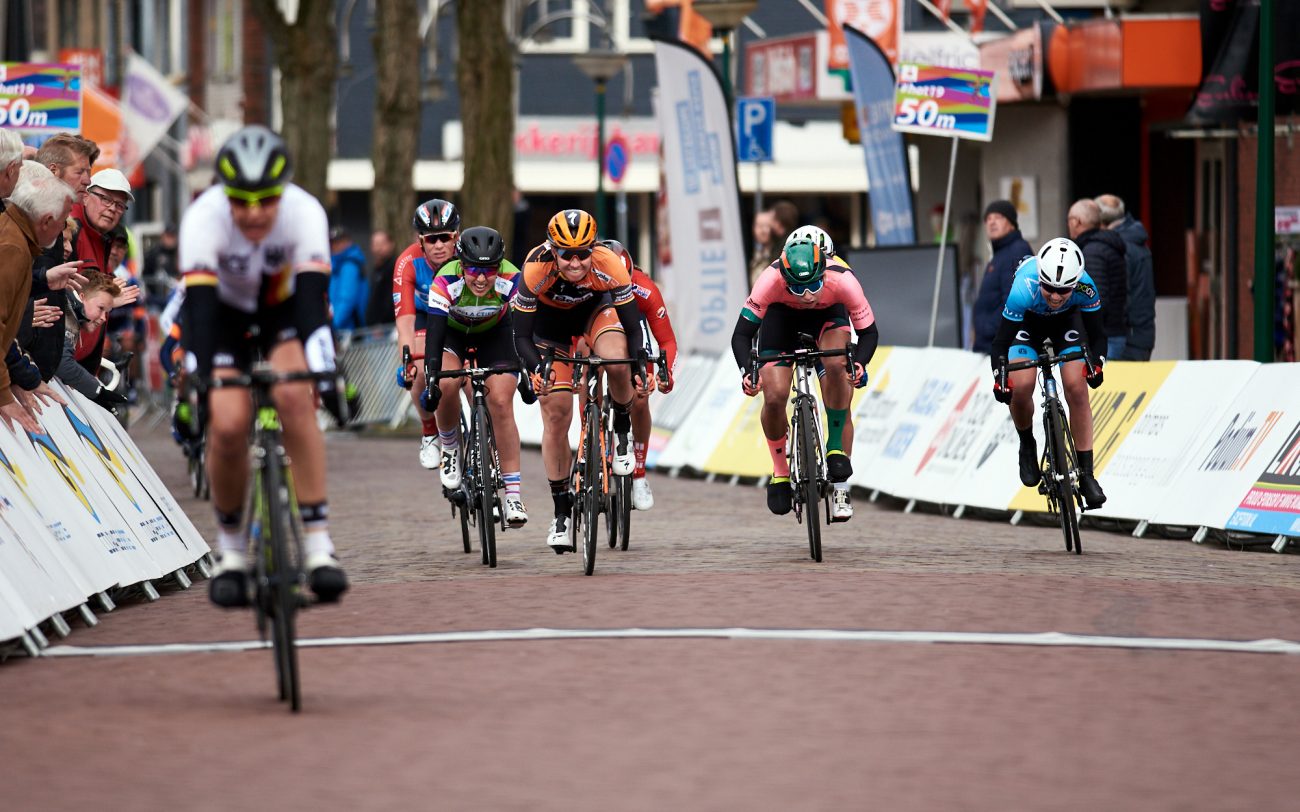 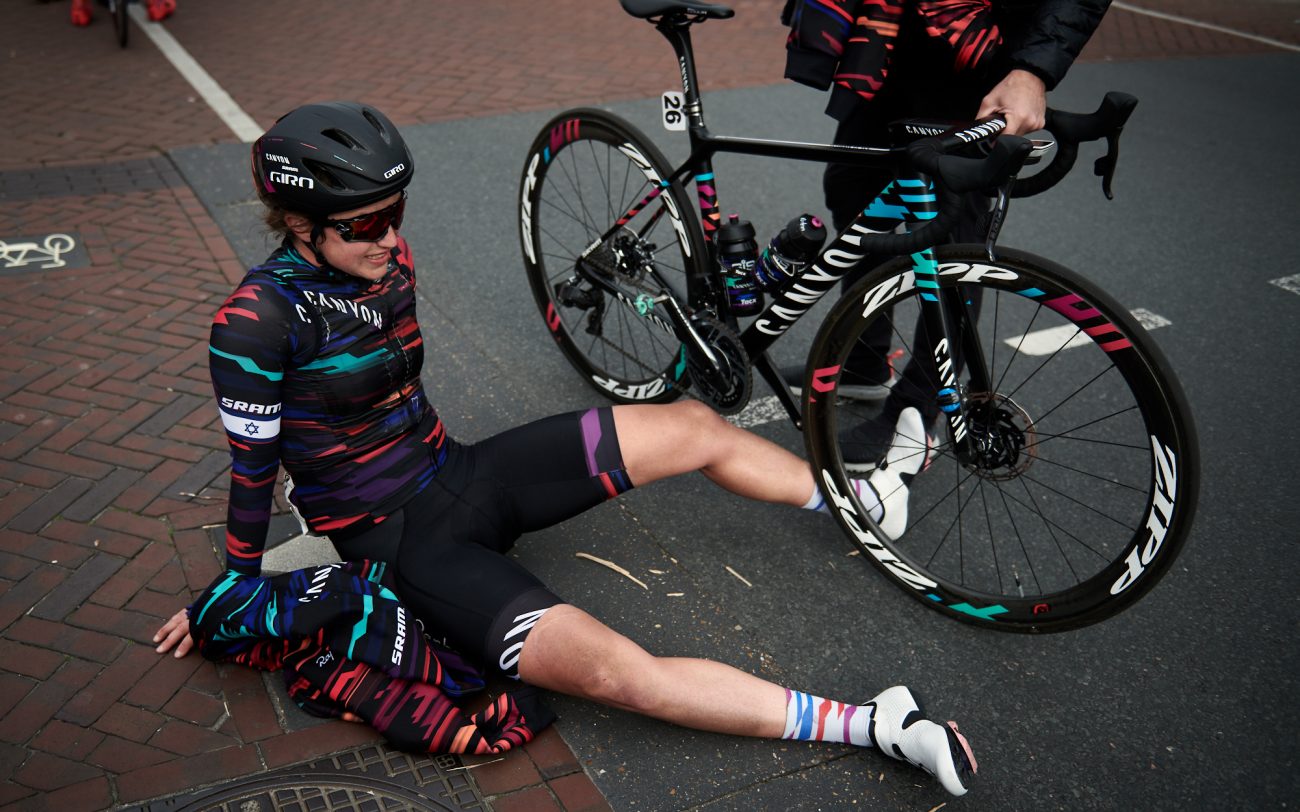 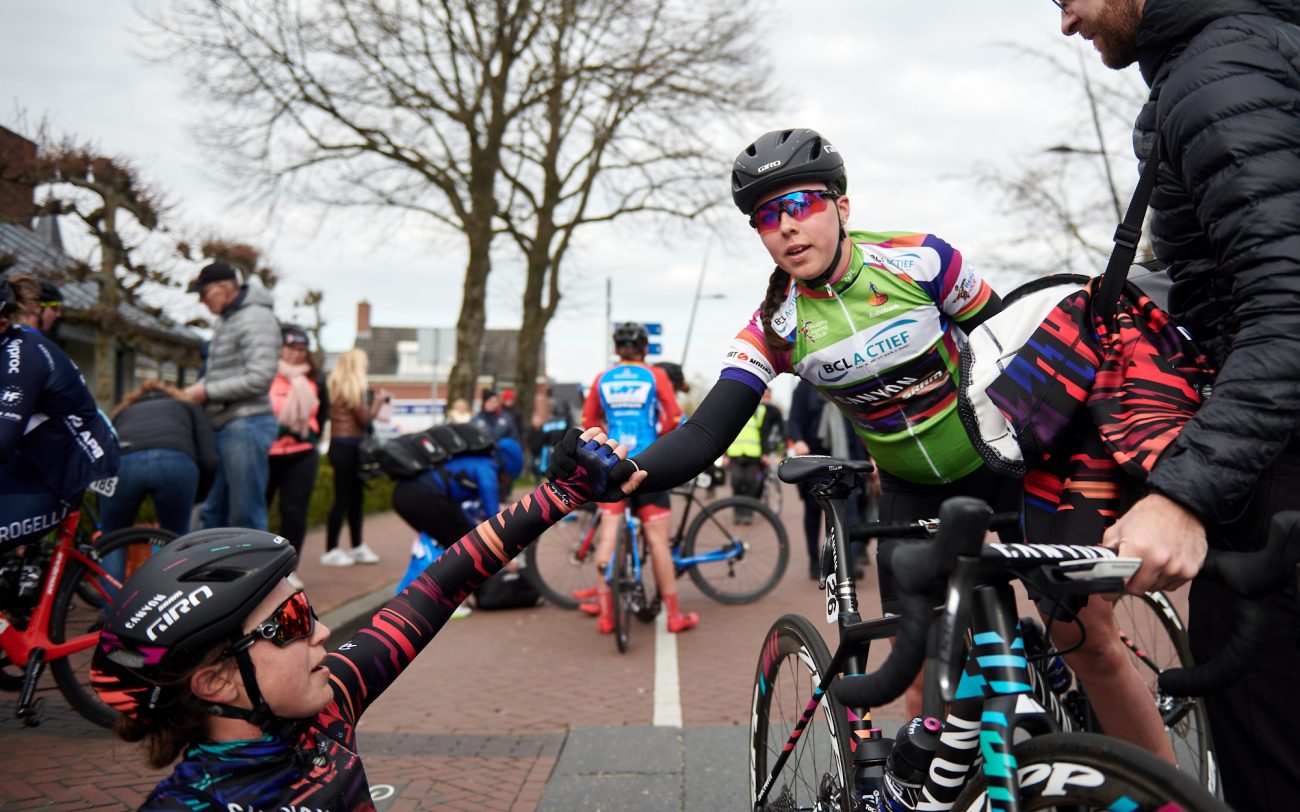 The advantage of a three-rider breakaway plummeted from 4 minutes to 4 seconds, where the chasing peloton sat up and allowed two of the trio to escape again. Mieke Kröger (TRV) took the advantage and attacked her breakaway compatriot, Romy Kasper (Netherlands national team) to go solo to the line for victory. Kasper finished second, and the bunch sprint from the peloton was won by Jolien d’Hoore (DLT). Klein was third in the sprint, placing her fifth on the stage.

Ella Harris did not start the second stage after crashing yesterday and breaking her collarbone, while Christa Riffel also didn’t take to the start line after a heavy crash yesterday.

Read what our riders had to say about the second stage:

“It was a good race today and we raced well together. I had an exceptional lead out from Alice. She took the corners with such speed and precision, she’s really impressive! She did a long and amazing lead out, and brought me to the last corner in a perfect position. I’m happy with my sprint. I was first through the last, left-hand corner and then I went all-out to the finish line. I would have loved to win that sprint, but I missed a little bit of speed. I’m racing and practicing these hard sprints after long races, and I’ll keep working on it.”
“We started just with four riders but I’m really proud of my teammates and how they raced. Tomorrow’s stage is Stadskanaal, where I have great memories – in 2017 here at this stage I did the first ever sprint of my elite career and I came second. So I’m looking forward to the the six-circuit stage tomorrow!

“The start wasn’t so good for me today. I was caught out early-on and I wasted some energy, but then for the rest of the stage I was positioned well with Lisa and we rode well together. I did a long pull in the final to set her up for the finish. Overall I am feeling strong and look forward to the next days. Tomorrow’s stage three is less winding and for sure we will try to go again for the win.”

“It was a hard, but quite a satisfying day for me. There were a lot of time the peloton was splitting and I kept myself, Alice and Lisa in the front as much as I could. Even when we entered the final lap I still felt quite good and tried my best to help the girls with positioning.”
“But during the last lap my body stopped listening to my head! I was struggling to hold the wheels so for the end I’m quite disappointed that I couldn’t help Alice with pulling Lisa into the finish. I heard Alice did an amazing pull in the last 2km, so I’m happy for that. We’re excited for another chance to make something big together!”

“Today was pretty hectic with a lot of changes in the course direction, and therefore a lot of changes in the wind directions. Rotem did an awesome job pacing Lisa into the crucial section, where there was the first early split in the stage. Unfortunately Alice wasn’t in the front group with us, that’s why we were happy when both groups came back together again.”
“From then on, I would say we all did a good job to stay in position in the bunch, and out of trouble. Being at the front I could observe how Alice and Lisa are essentially always perfectly positioned. It was impressive to see!”
When we reached the local laps, the wind picked up and I lost contact with 1.5 laps to go. It was a typical ‘echelon death’. Half of the peloton was with me too but no one was interested to get organised enough to chase back. Let’s see how we can go tomorrow!”