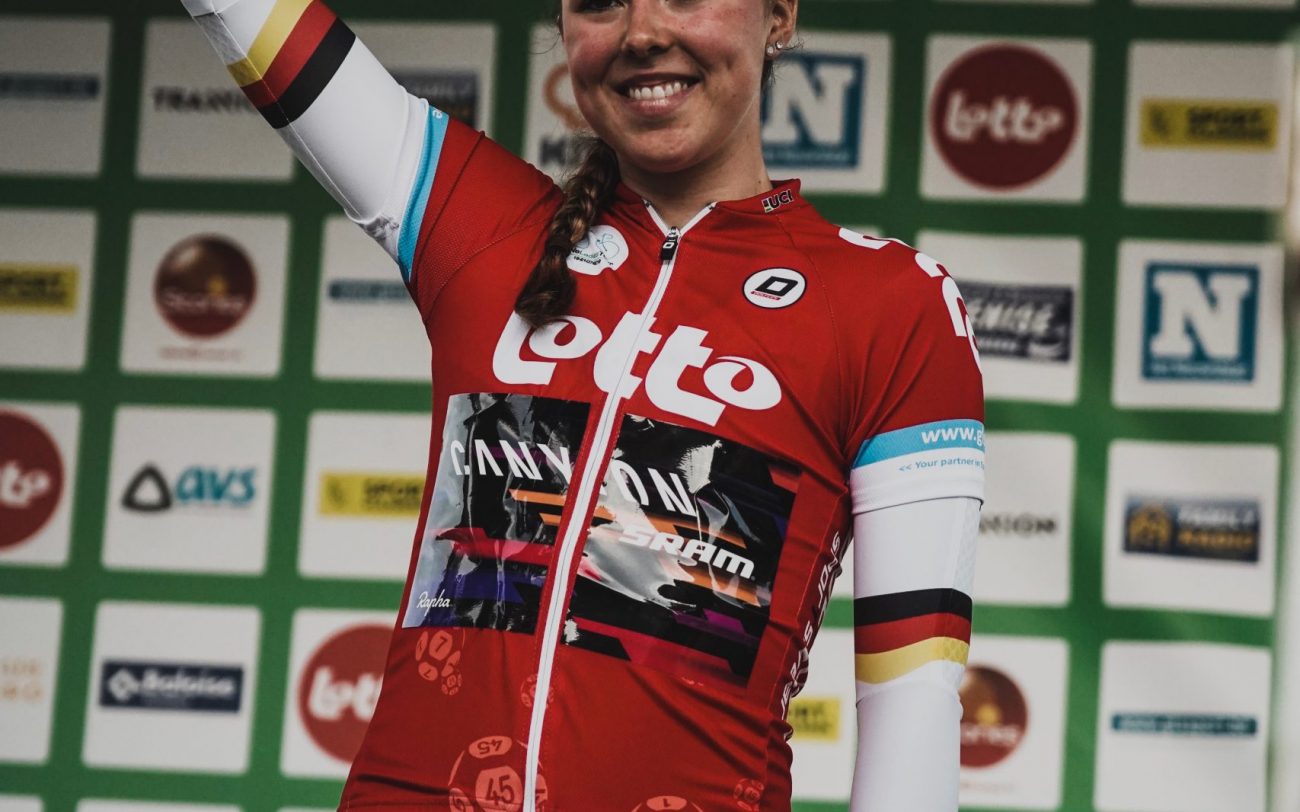 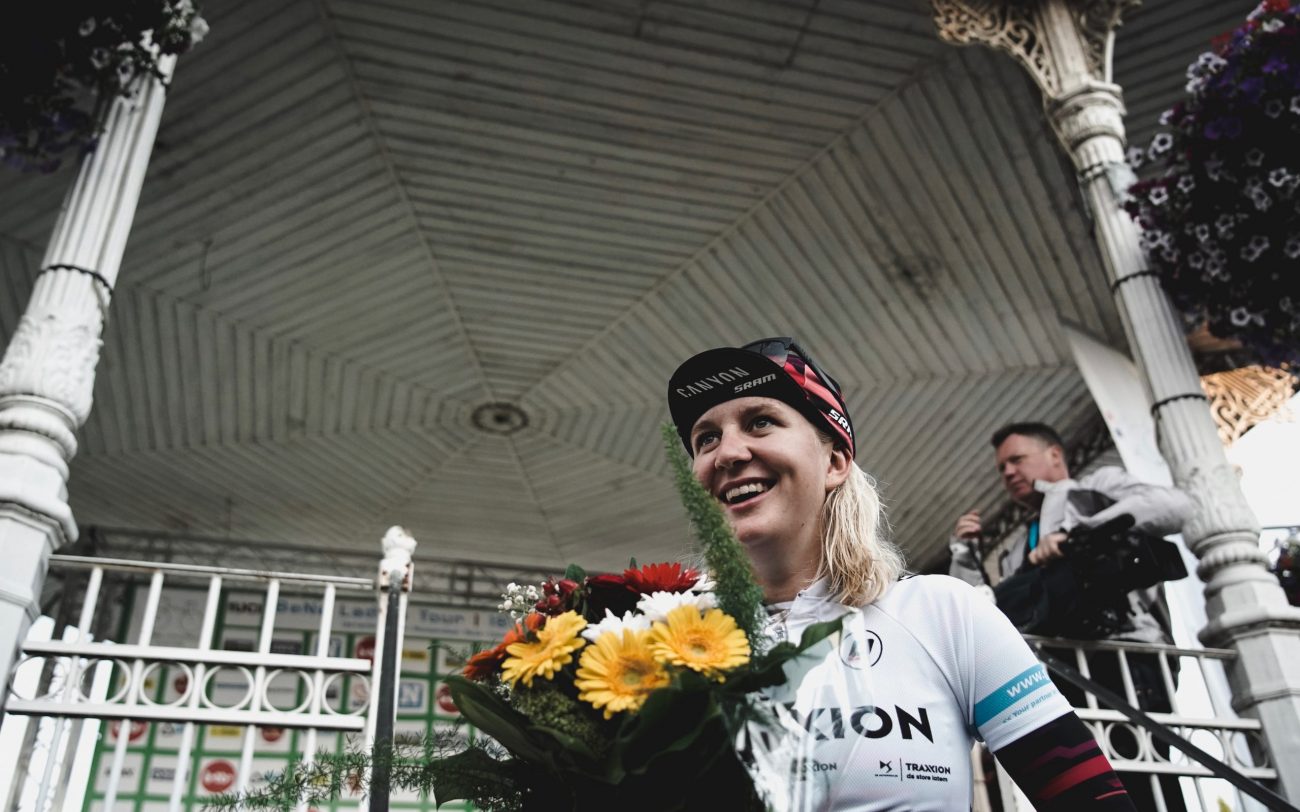 Lisa Klein from CANYON//SRAM Racing yesterday evening won the individual time trial (ITT) Stage 2b at BeNe Ladies Tour in Watervleit, Belgium. The German ITT champion stormed around the 14.5km course with an average speed just under 48km/hour, and 15 seconds faster than second placed Marlen Reusser (WCC). Klein’s teammate Hannah Ludwig finished fifth in the stage and is now the new leader of the Youth Classification ahead of the final stage today.

“I achieved my goal to win the ITT stage, so I’m very happy! I had to go by feeling rather than power because of an issue with my bike computer, and I didn’t know that I could perform so well based on feeling only! We had a good pacing strategy set out after we saw the course and I was able to stick to that,” said Klein.

“I’m happy to be back in the jersey, and I’m highly motivated to bring home the jersey with the girls. Yesterday was a really long day for our staff, but I want to say how much I appreciate how hard they worked all day long, and point out the really great atmosphere they created for the riders. They were all happy and positive and really enjoying the day, as well as making sure that we had everything we need, and that made a difference to us,” added Klein.

With Klein’s ITT Stage win she now moves back into the leader’s jersey, 13 seconds ahead of Amy Pieters (DLT). Hannah Ludwig is fifth on the GC and leads the Youth Classification by 14 seconds from Letizia Paternoster (TFS), while teammate Tanja Erath also put in a strong ITT performance to move herself into sixth on the GC.

Today’s final stage is 112km around Zelzate, Belgium and can be followed on Twitter with #BNLT19.