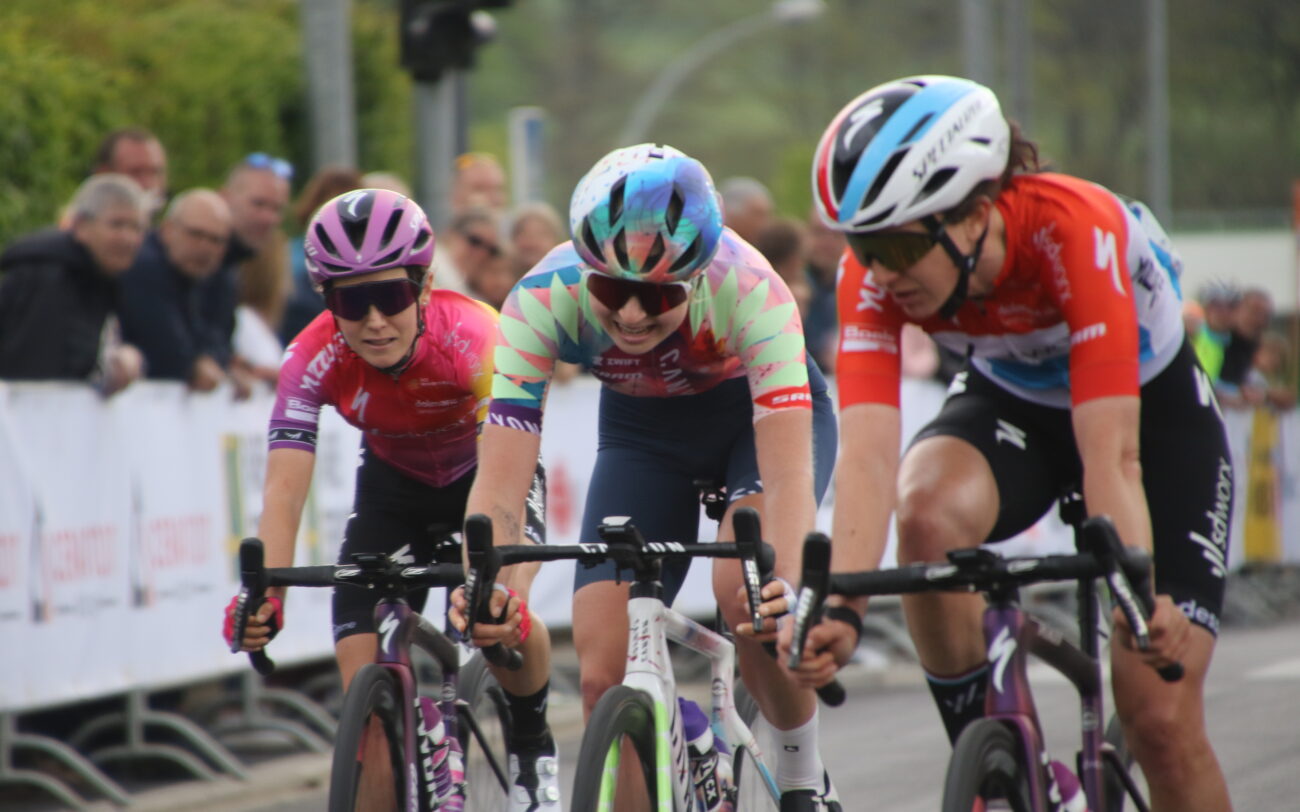 MIKAYLA 7TH ON THE FINAL STAGE IN LUXEMBOURG

In Luxembourg, CANYON//SRAM Racing finished Ceratizit Festival Elsy Jacobs with Mikayla Harvey seventh on the stage. Held up behind a crash in the final kilometres, Pauliena Rooijakkers dropped from fifth to tenth on the general classification while teammate Mikayla finished ninth overall.

“Our plan for the team on the final stage was to protect Pauliena and me before the final circuit. Then, for me to be aggressive and to try and set up Pauliena for a final result,” explained Mikayla after the finish.

“On the final lap I followed a move and we created a large breakaway group. Unfortunately, Pauliena got stuck in a crash and I was then in the front group with Marta (Bastianelli) and her two UAE teammates, so my job was to let them initiate the pace. I am happy to have made the final breakaway, however, I am disappointed that I couldn’t follow the move by Veronica (Ewers) who won the stage. I still have a lot to learn when it comes to tactics! I am content with my performance over the past few days and I feel like my form is on the rise. I really enjoyed racing with this group, the team spirit was great and everyone put their all into the race. We didn’t get the result we wanted but can bring this spirit into the next races!”

Pauliena added, “The team did again a great job. They kept me in the front before the climbs and I tried to make it an attacking race. The rest of the peloton was riding more in defence mode on the circuit so it wasn’t easy to create an opportunity. I was focused on the last climb but on the second last climb there was a massive crash and I was behind. Luckily Mikayla was in the front for the team. I’m happy with my good shape but disappointed that I didn’t make it to the podium as that was my goal. I’m looking ahead with a positive mindset to my favourite races this month in Spain.”