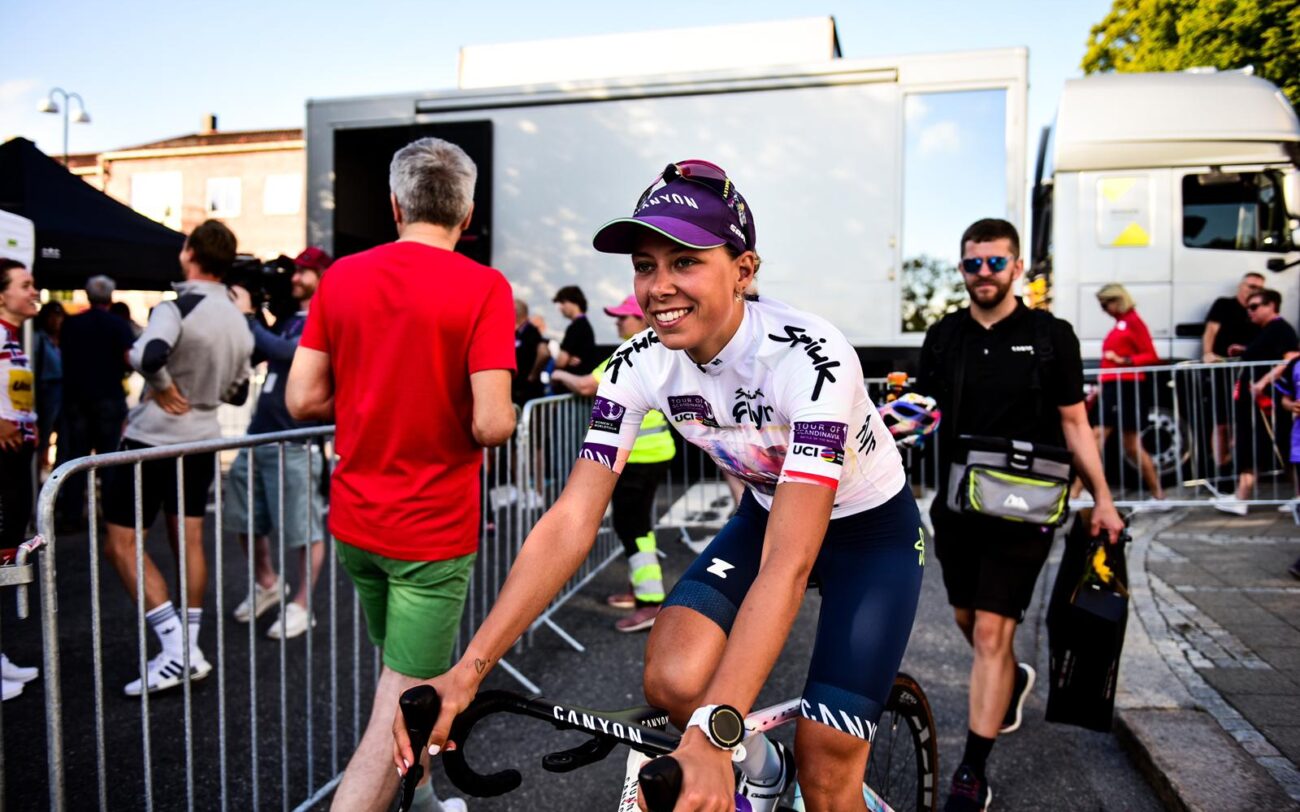 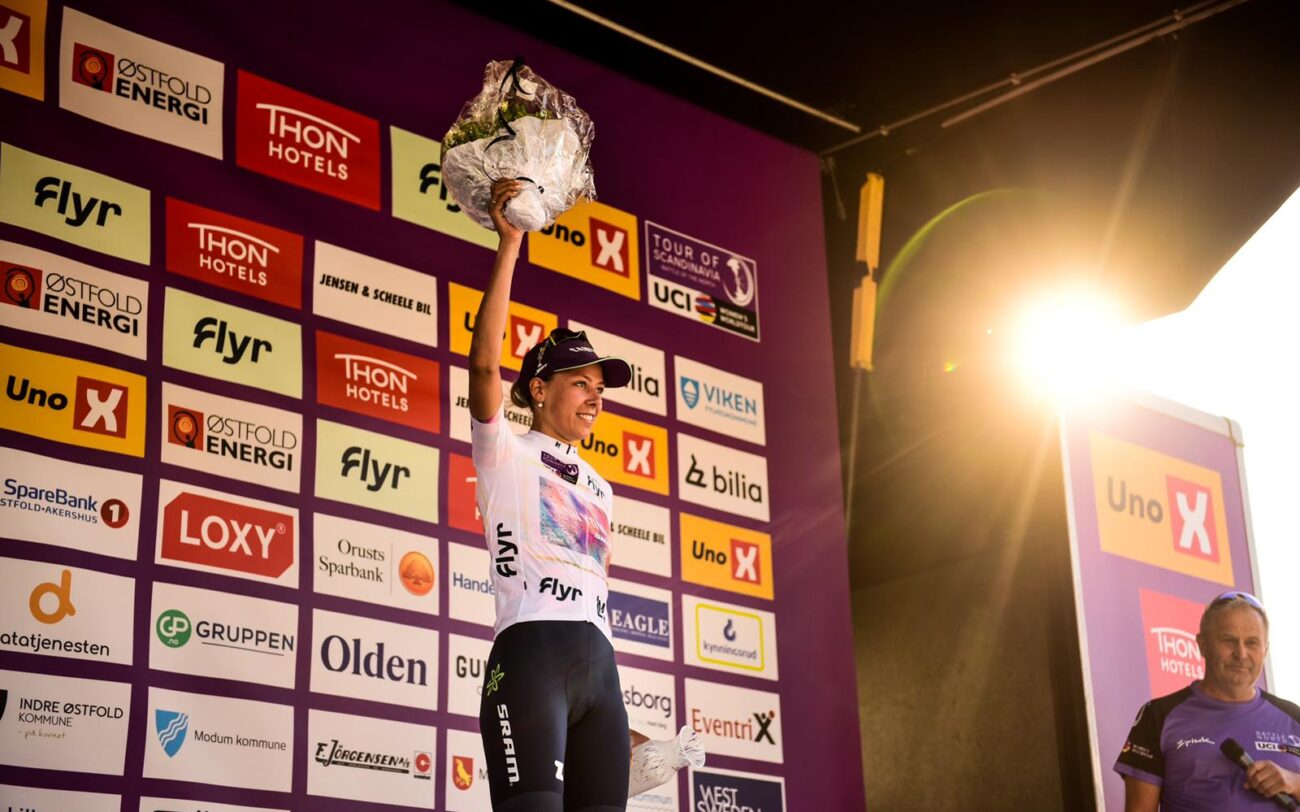 Shari Bossuyt took another podium on today’s stage three Tour of Scandinavia in Sarpsborg, Norway. The CANYON//SRAM Racing rider finished third in an uphill bunch sprint behind stage winner Marianne Vos and took the lead in the youth classification.

“I’m really happy to finish third in this type of uphill finish,” said Shari after the stage.

“We rode well as a team. It was quite windy and a constant fight for position. I think all of our team were either in or caught behind the large crash that happened halfway through the stage. I could jump around it and sprint to make the front group. Luckily, my teammates could also make it back later on.”

Alice Barnes made a solo attack as soon as the peloton hit the 3-lap finish circuit and stayed away for more than 20km, being caught with less than one lap remaining.

“I saw a good moment to put the team on the front foot, so I took it. After I was caught, I was able to help position the team in the final, and I’m happy about that,” said Alice.

Shari said, “We knew the laps would be aggressive and hard. Having Alice up the road was good for our team. It was still a constant fight to keep a good position and stay focused. My teammates were helping to keep the pace high, and then (Sarah) Roy’s turn at the end was really good. I could get a good wheel, and then Vos came past and boxed me in a little bit. I had to sit and wait. This uphill, stop, start type of effort was hard, but as I said, I’m happy to get third.”

After stage three, Shari moves to second overall, +22 seconds behind Marianne Vos, and leads the youth classification by 8 seconds.

Tour of Scandinavia can be followed on Twitter with #TOSC22 and is broadcast on GCN and Eurosport.