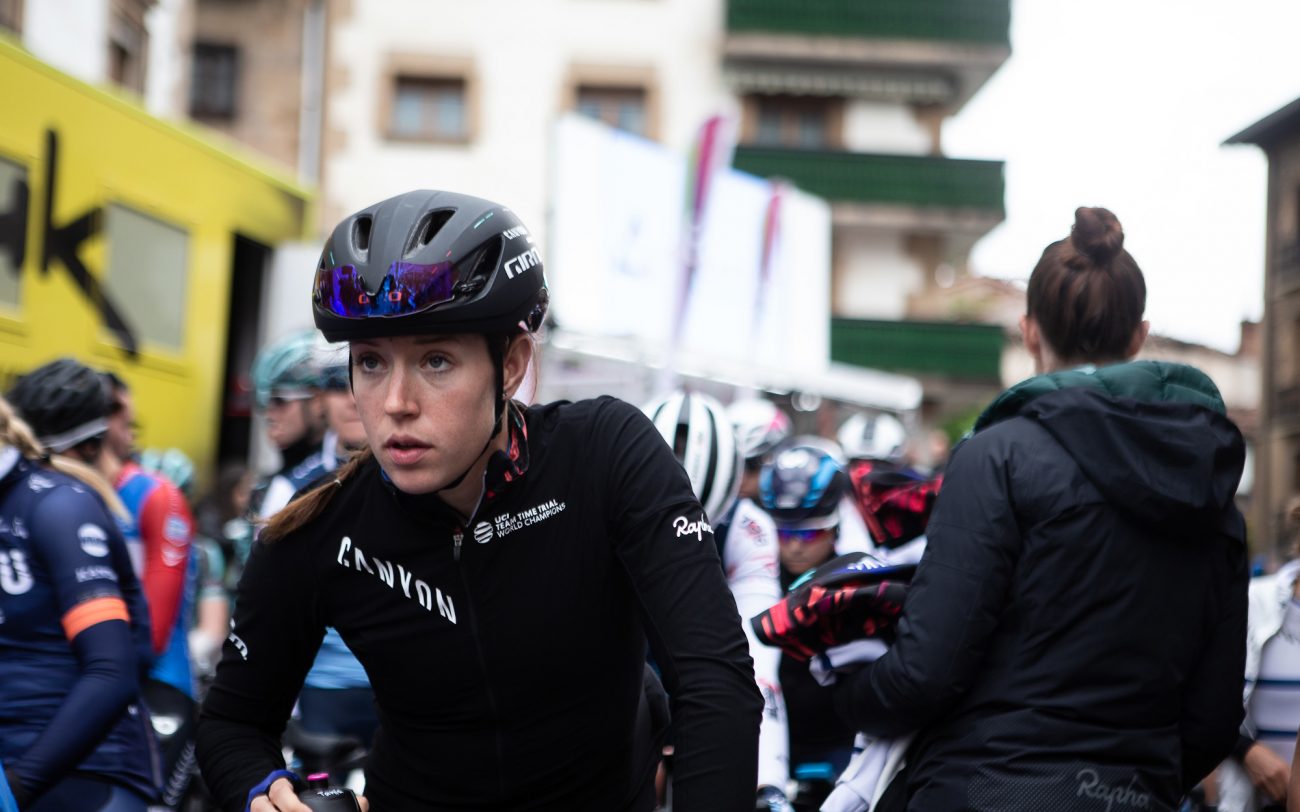 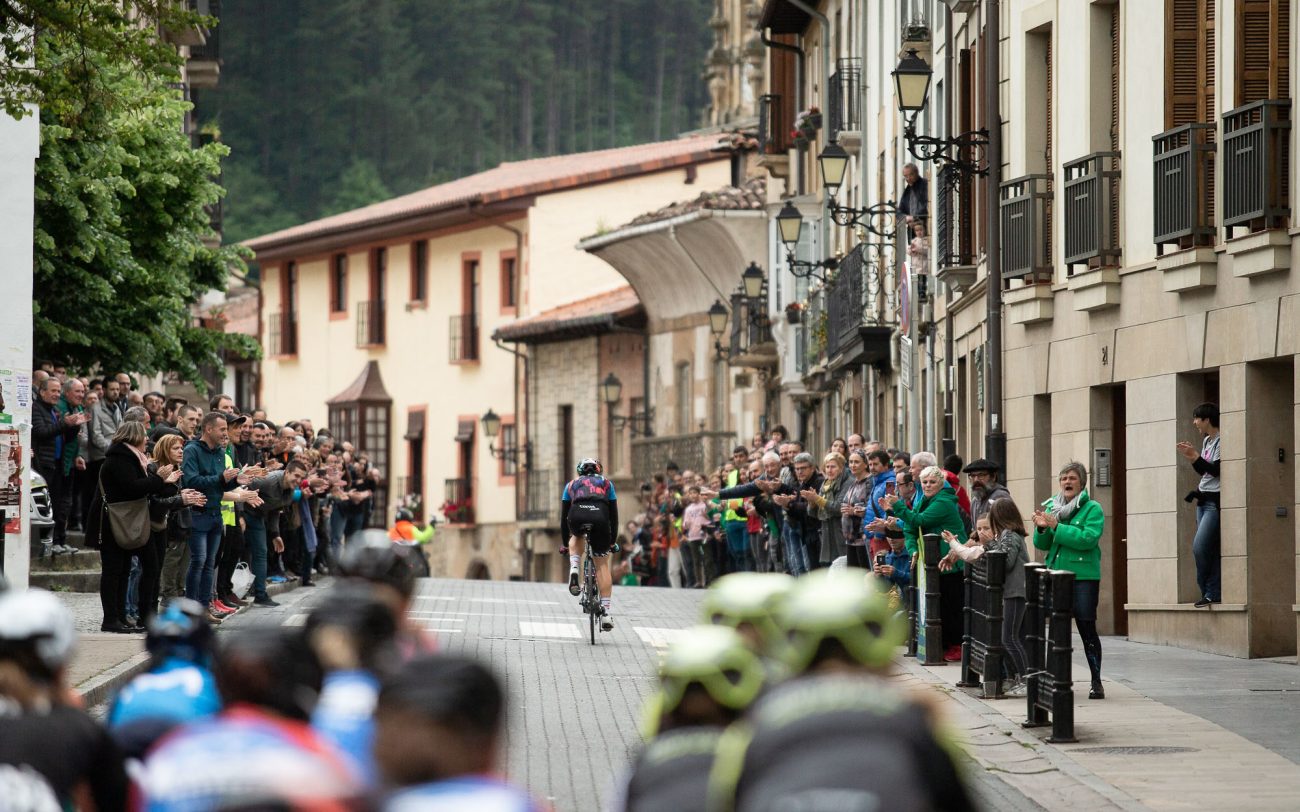 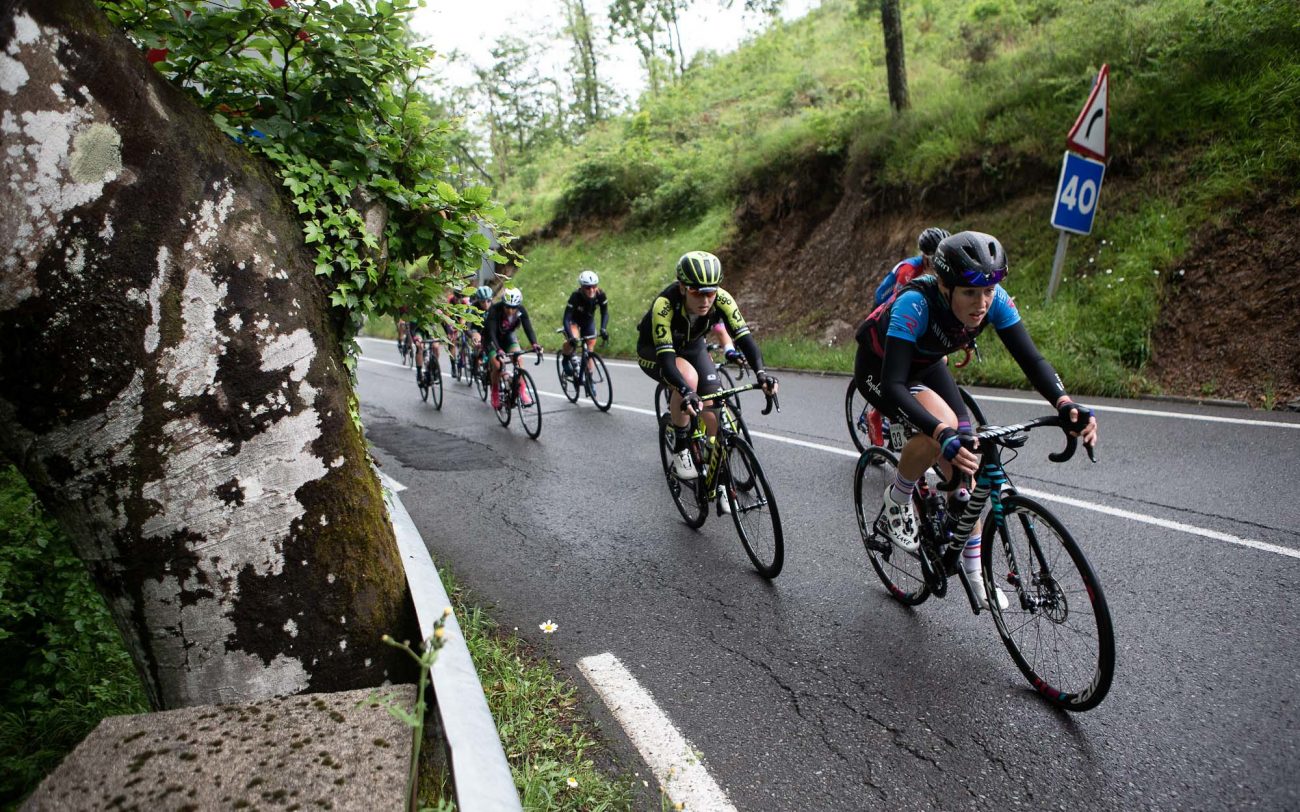 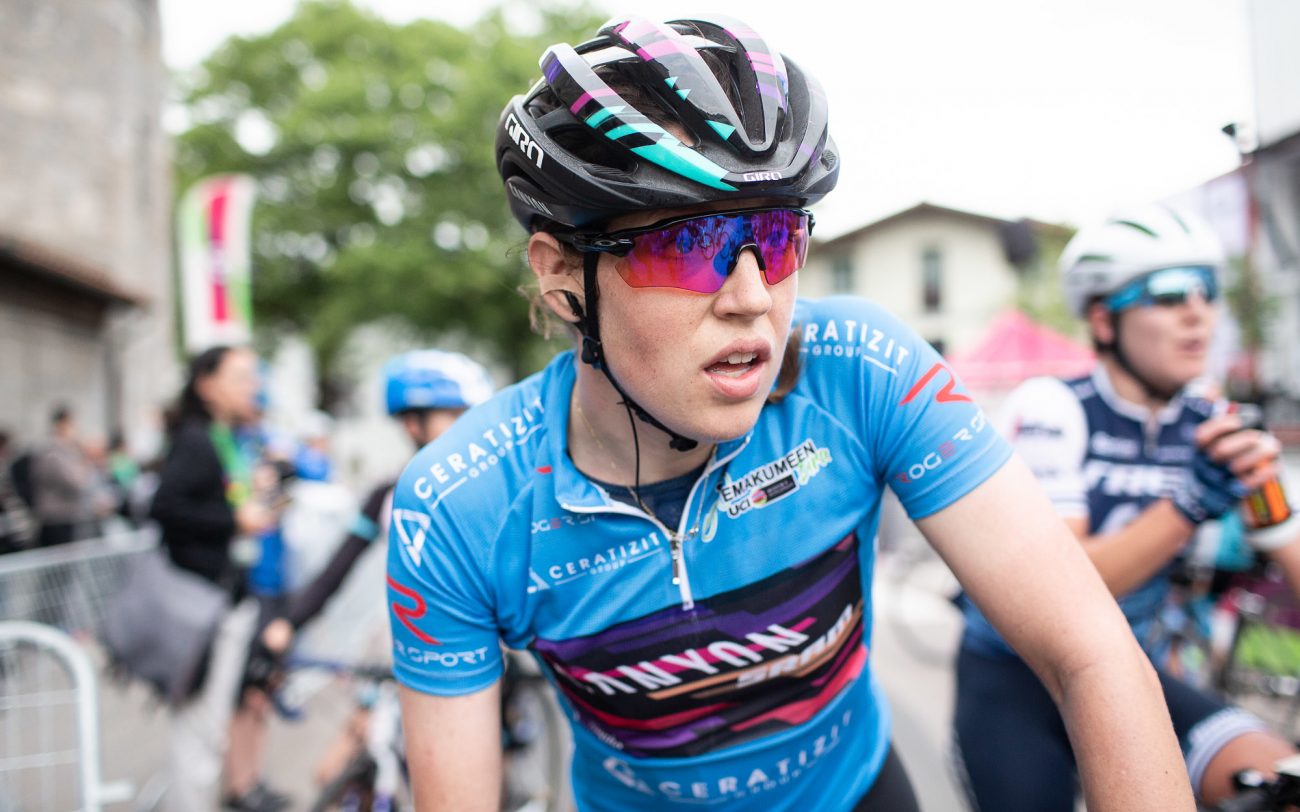 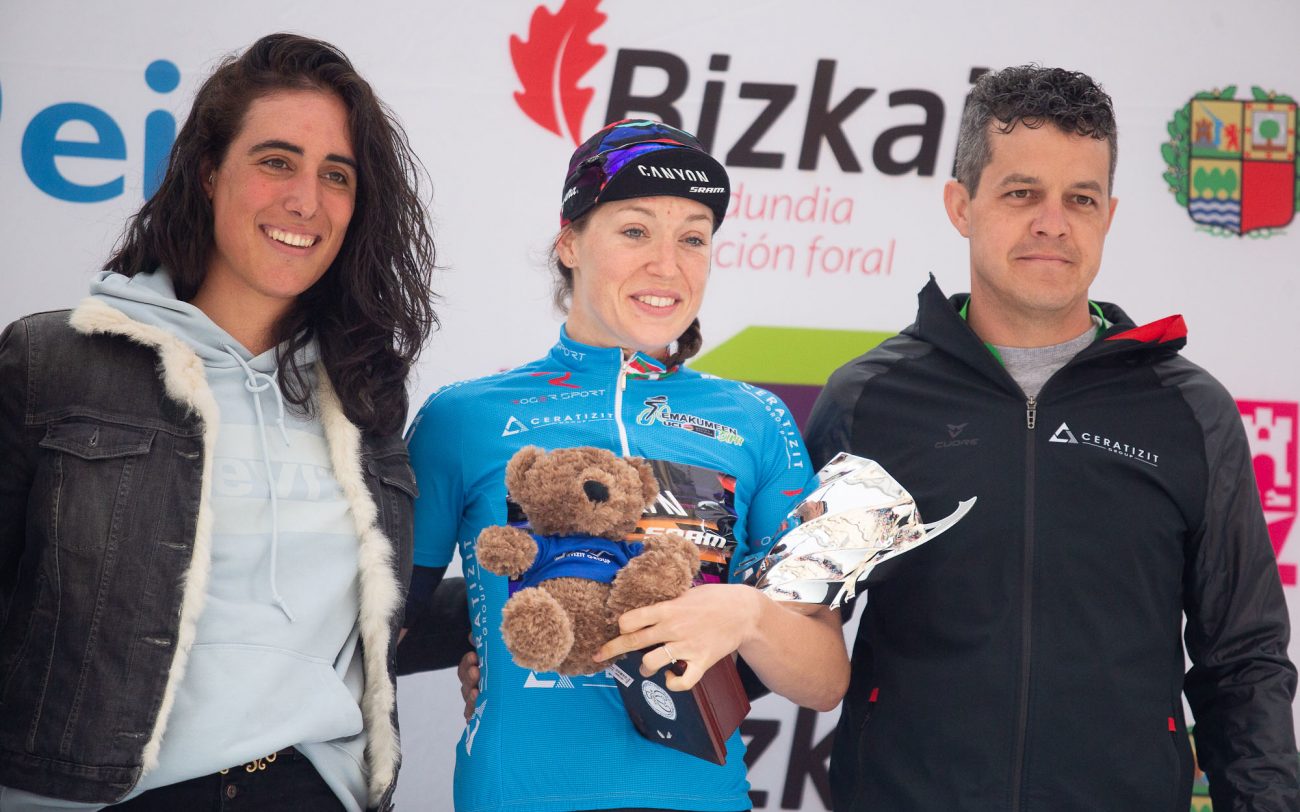 “When the last climb on the last stage was done, and there were only 15km left to the finish, joy and relief came over me. I felt overwhelmed by what was happening. I cried for the next 5km.”

Tanja Erath, winner of the 2017 CANYON//SRAM Zwift Academy, and in her second season as a pro cyclist with CANYON//SRAM Racing, took home the biggest victory of her sporting career last weekend, when she won the sprint classification at Women’s WorldTour race, Emakumeen Bira.

“I was riding with Jolien D’hoore (well-decorated Boels Dolman rider and Olympic bronze medallist) for the final 20km. After a certain point when I started to cry, she worriedly asked me if I was okay. I said ‘yes, it’s just that I’m about to win my first ever jersey and that’s kind of special to me.”

Erath, a medical doctor by trade, and a former triathlete and Red Hook Crit racer, makes it clear that hills and mountains aren’t her friends.

“I’m steadily improving on climbs, but let’s say I’m more naturally gifted with pure power, rather than the power-weight ratio of the climbers. Alena (Amialiusik) and Kasia (Niewiadoma) tell me ‘it’s just a little climb, don’t worry’, but to me, I suffer on those little climbs like they were 10km-long mountains,” joked Erath.

“If I am honest, ever since I saw Bira on my race schedule in December, I’ve been nervous and worried about it. First of all, it’s a WorldTour race and for me it is still very special to complete in those level of races. Moreover, the girls who have raced Bira all told me that it’s going to be a tough one!”

“Preparing for the race and looking more closely at the profile, the forecast was becoming reality. Climbs every day, and a final 156km stage with four categorised climbs, I was thinking ‘oh dear’,” said Erath.

“After we raced Vuelta a Burgos the week before, I knew that my climbing had improved. But with already four hilly stages in the legs, I was still wondering if I had enough to keep up with a WorldTour peloton.”

“In the pre-race meeting we decided that I should try and go for the intermediate sprints on stage one and therefore the sprint jersey. And it happened. First stage and I’m in the jersey! Suddenly I found myself on the podium with girls like Elisa Longo-Borghini and Jolien D’hoore. I really had to fight in the climbs on that stage and my legs killed me in the last 10km, but I was wearing the jersey and I couldn’t wait for the next day,” explained Erath.

“The second stage was much different than I anticipated. It hadn’t looked so hard on paper had it? I had one of my darkest days on the bike and making it to the finish line was the only thing I could think about from kilometre 40 onwards. My legs refused to work. I suffered every pedal stroke for 70km. Only with my teammates taking points in both classified sprints, was I able to remain in the jersey.”

“But then my legs worked better from day to day. I gained more points in the intermediate sprints and I could keep up in the climbs better than I thought. Three stages, three days in the blue sprint jersey. In the space of 24 hours it had gone from bad to great. Could I keep it on the feared queen stage and win the classification? I started to get nervous again!” exclaimed Erath.

“I had two competitors that could theoretically overtake me in the classification. If I won the first intermediate sprint however, I was all but guaranteed the jersey. Then, I needed to finish inside the time cut; on the longest stage with the most climbs.”

“The final stage I won’t forget for a long time. My teammates controlled the peloton for the first 11km, and then they lined up in front of me to lead me out to win the first intermediate sprint. We made it a goal and it was an awesome feeling having that support. I climbed with the peloton on climb one and two. The third I was just off the back on the top but Rotem (Gafinovitz) brought me back before the fourth and final climb. There was no way that I would be outside time cut,” explained Erath.

Erath will next race in Salverda Omloop van de Ijsseldelta on 8 June in Netherlands, giving her a little more time to realise what she has achieved.

“I can’t believe I won my first jersey in a Women’s WorldTour race. That’s so much more than I could ever imagine. I can’t wait for the rest of the season.