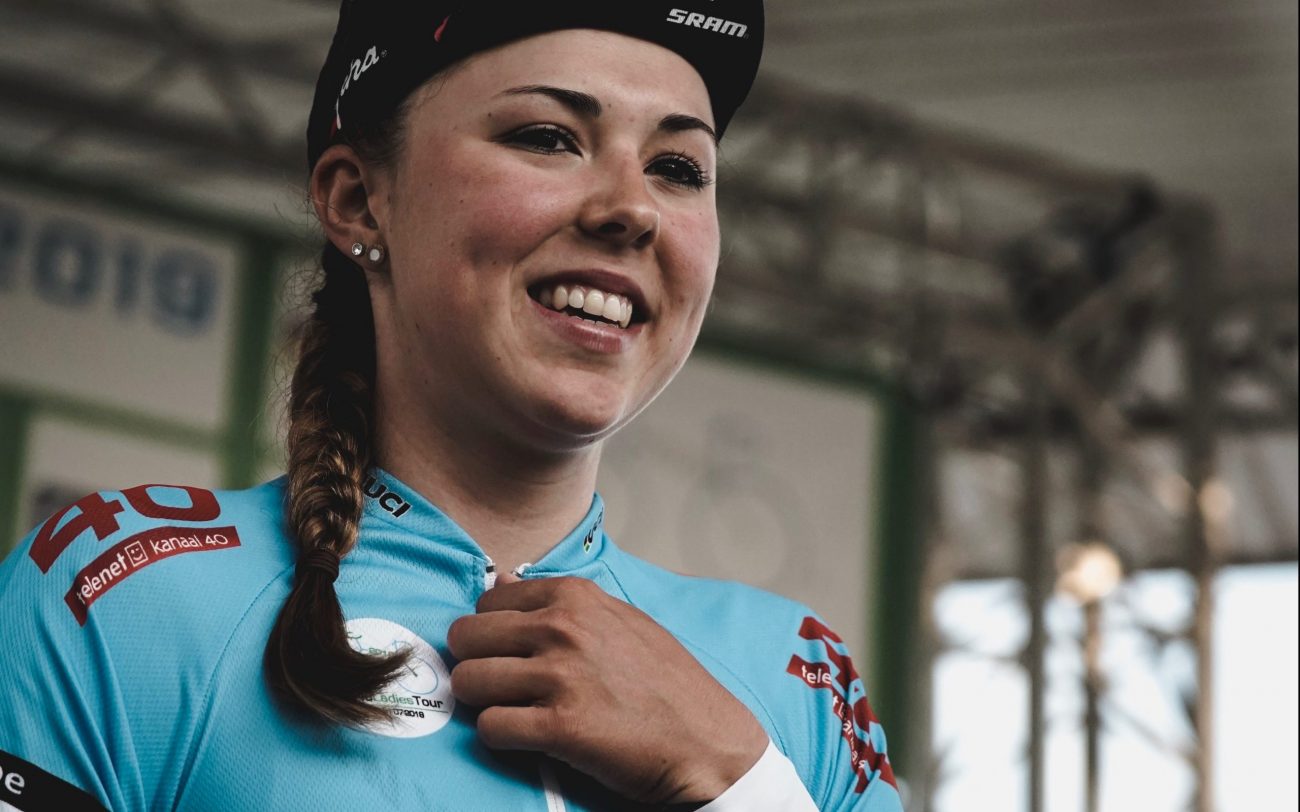 In Belgium, Lisa Klein secured the win in the general classification at BeNe Ladies Tour, while Hannah Ludwig took home her first major win of her elite career when she won the Youth Classification in the same tour.

After winning the opening prologue and the ITT stage, Lisa Klein yesterday secured the overall tour victory in Zelzate, Belgium. The 23-year-old German, said she was surprised with her form coming straight out of a training block.

“Winning this stage race out of my recent training camp was really surprising. It gives me confidence for the upcoming season highlights,” said Lisa, who went on to praise the work of her teammates and staff at the tour.

“The team did a great job, especially in yesterday’s final stage. Tanja (Erath) won the second intermediate sprint and took away the seconds from Amy (Pieters) who was second on GC. Rotem (Gafinovitz) controlled the bunch and kept me in good position. It was a fast and furious 12km circuit race with plenty of corners, narrow roads, and a type of cobblestone section. Without the efforts from my teammates, the GC win would have not been possible.”

“I was happy that we were able to handle the final stage better than in Healthy Ageing Tour when I had fireworks in my ear to correct the race situation! BeNe Ladies Tour was the first time I had Lars Teutenberg as a Sports Director and I liked it. All of the riders performed well in the last four days, and our staff were just super!” added Lisa.
Teammate Hannah Ludwig had her best result since moving to the elite women’s ranks this season, when she won the Youth Classification at BeNe Ladies Tour.

“I was really surprised that I won the youth jersey because I was quite far down on GC before the ITT stage. My ITT was good and I was happy to have my teammate Ella (Harris) in the car behind me who gave me some extra motivation,” said Hannah Ludwig after the podium.

“I was nervous before every stage because from day one onwards, it was very nervous and hectic in the peloton and there were several crashes. I have never seen so many bad crashes! That made me even more nervous. I feel really pretty lucky to have such a great team. I’m very happy that Lisa could win the GC, and then for me to get the young rider jersey is a nice bonus.,” commented Hannah Ludwig.

While Lisa took the GC win, teammate Tanja Erath finished fifth in the general classification, just ahead of Hannah Ludwig who finished sixth.