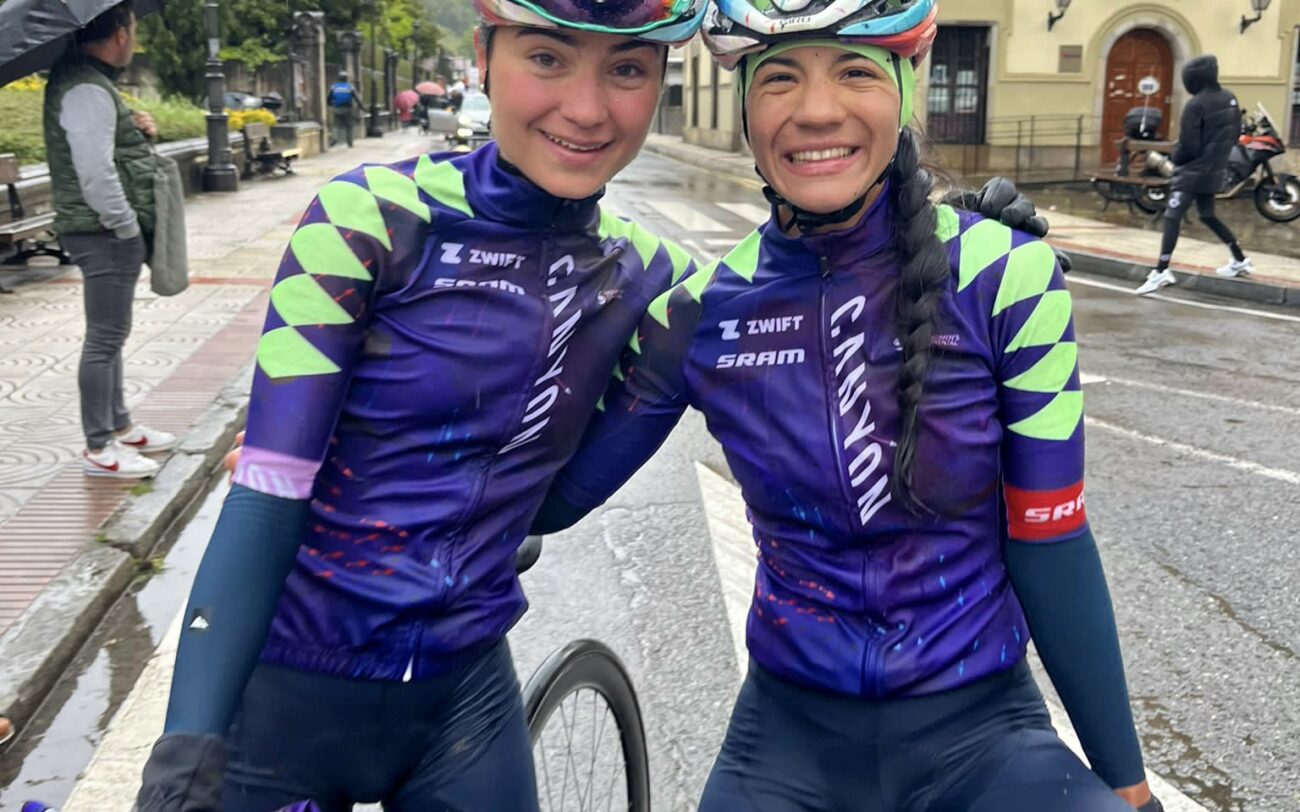 Today in Spain, CANYON//SRAM Generation had another great team race at Balmasedako Emakumeen Saria. Ricarda Bauernfeind finished second and Agua Marina Espinola Salinas was fourth in the Spanish Cup series which was raced in freezing cold and wet conditions.

“The team was super strong. We were together in the peloton until the last part when the longer climbs started. The course itself was not as hard as I expected but the rain and the cold temperature made it very challenging for me,” explained Ricarda.

“I was happy when I had Agua next to me in the group of four riders. We worked together to hold the gap. On the last climbs, there were some attacks which I could follow but unfortunately, Agua couldn’t. But the good part was that from that moment I didn‘t have to work and I hoped that Agua can close the gap.”

Ricarda finished second in a three-rider sprint finish. “The sprint was hard because I was totally frozen but I‘m quite happy with my second place and especially that Agua could finish fourth! Also, Llori (Sharpe) and Valentine (Nzayisenga) had a really good race. You can see from the result of the race, that everyone has developed and improved in racing. Llori and Valentine are getting used to riding in the peloton and Agua is really in good shape. Now, we can work together and support each other more because we all are working out how to react in certain race situations.”

Teammate and road captain, Agua Marina added her thoughts on the race and echoed the praise to her CANYON//SRAM Generation teammates.

“In the final breakaway, we all worked together to keep the gap and I rode a good tempo on the climbs. I couldn’t follow the last attack though I had been trying to conserve my energy as best I could. Overall, we did a good race. Valentine and Llori made a huge step forward and I’m really proud of them for their race. The race conditions were tough!  Normally, those sorts of cold and wet conditions really don’t suit me but thanks to better preparation, nice equipment and good advice from our Sport Director Adam (Szabo), I managed well.”