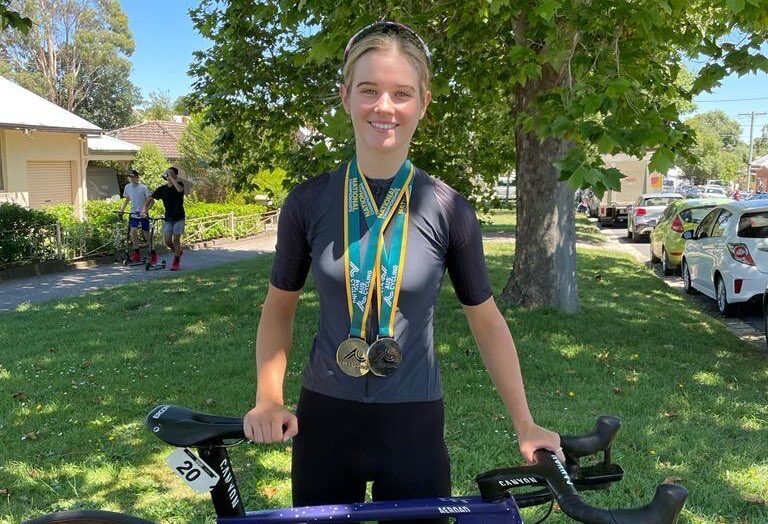 Neve Bradbury had a stellar start to the 2022 road season after collecting two silver medals at the Australian national road championships in Ballarat.

“The plan in the road race was to get away or at least whittle down the bunch more with two laps to go. I knew that would be my best shot to get a good result rather than leaving it for a bunch sprint,” said Neve.

“At that point I was thinking of both the overall win and U23. I figured I may as well go for the overall win and that’ll mean I win U23 too! To be honest, I’m a bit disappointed with another second place, but it was the best I could do on the day. I also came into both races with a little bit of unknown form with my first races of the season so then to get two podiums I’m happy with that.”

“My form seems to be coming along nicely. Not 100% there yet, but we’ll be ready for when the European race season starts next month.”

Neve now joins the rest of her CANYON//SRAM Racing teammates in Europe for the team’s first training camp of 2022.