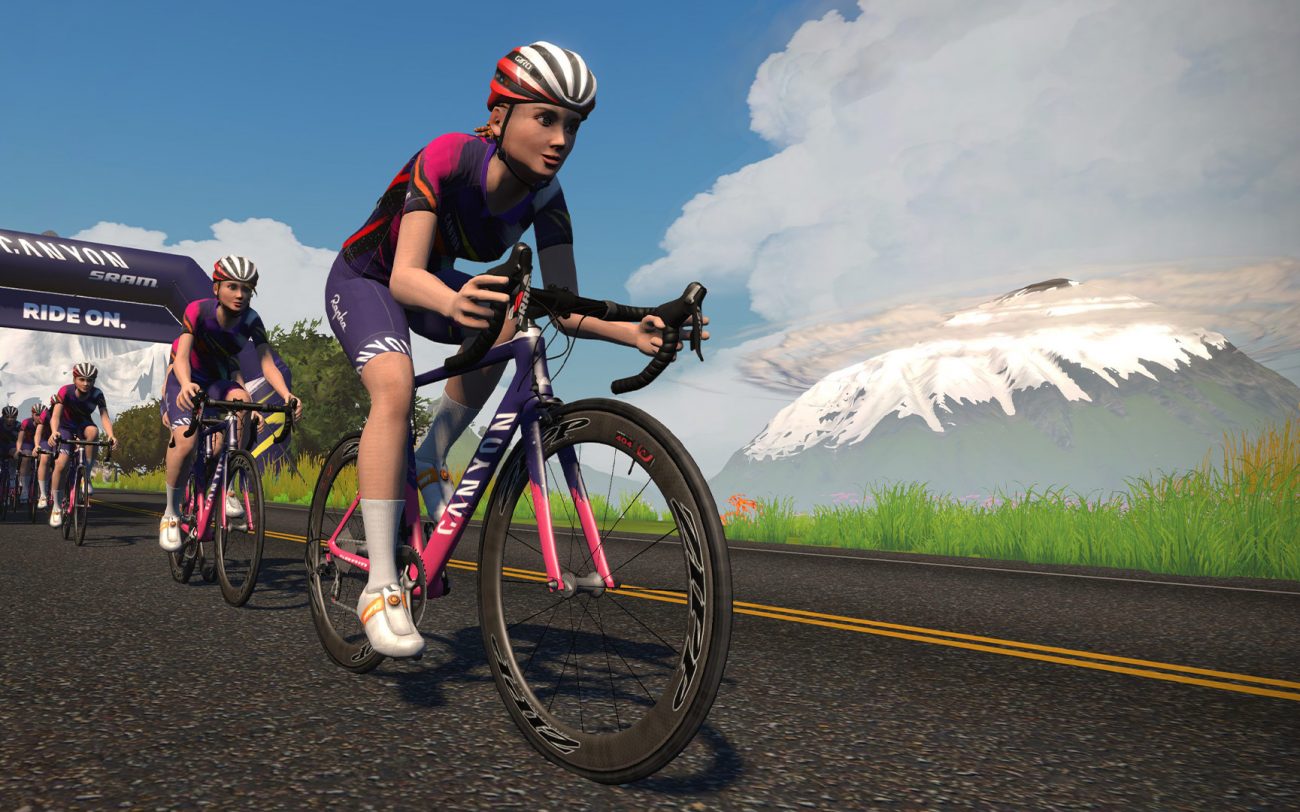 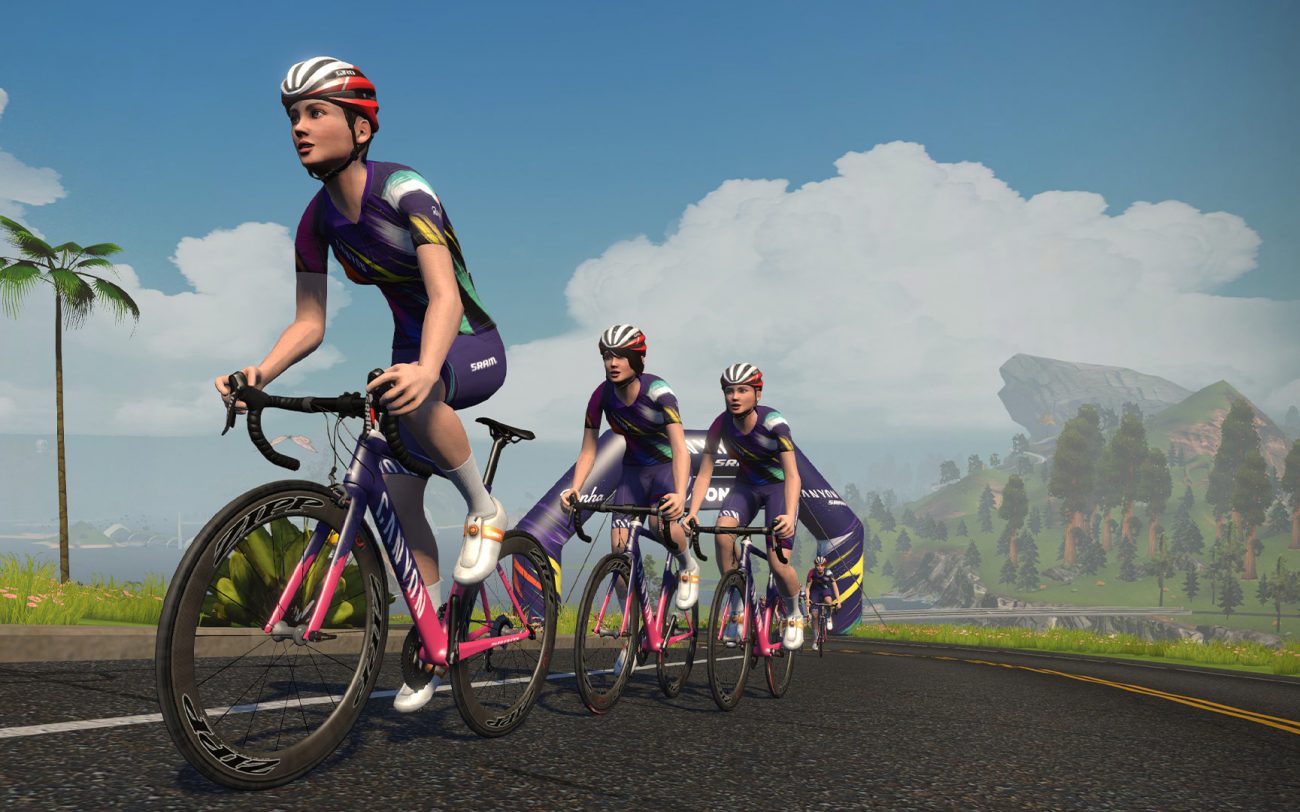 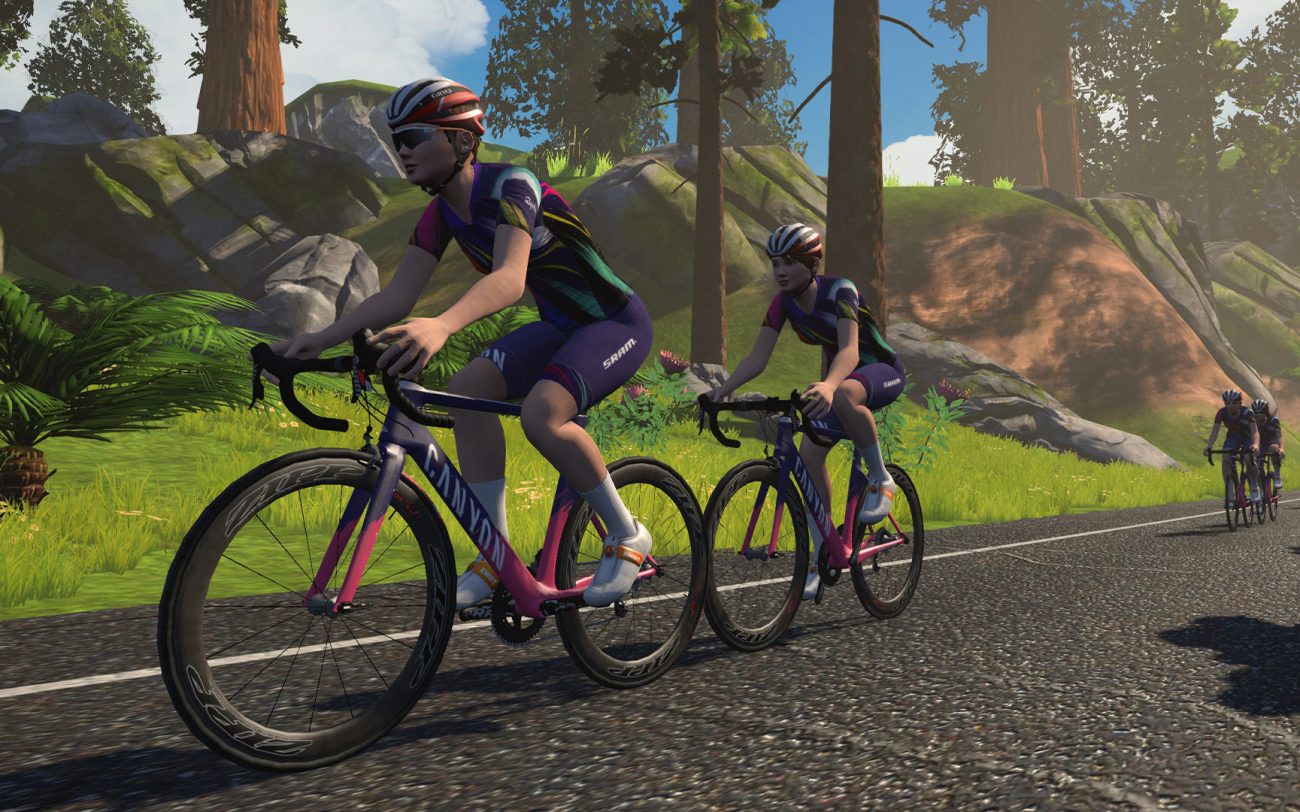 Today we start Zwift’s Tour for All men’s and women’s exhibition pro race series that runs from May 4 to 8. The five-stage tour, featuring several men’s and women’s WorldTour teams, will be broadcast live across the globe on Eurosport and Global Cycling Network (GCN).

The Tour for All consists of an undulating stage one and two, a flat stage four, and a mountain summit finish on both stage three and five. Each team can start with a maximum of five riders per stage, and can change their rosters stage by stage depending on the day’s parcours. Each rider will have a live camera set up during the stage enabling the broadcasters to switch to different rider views, from their homes as well as in game, throughout the stage.

Our roster for today’s stage one of Tour for All, a 52.9km circuit race around the world of Innsbruck, will be Alice Barnes, Tanja Erath, Ella Harris, Christa Riffel and Jess Pratt.

“I’m hoping to go well,” said Alice who will be racing from her home in Manchester, UK.

“I have learnt a lot more about Zwift racing lately and have a much better set up for it. I have felt a lot better in my last couple of Zwift races compared to my races in February so crossing fingers I have the legs for today’s opening stage. We have a pretty experienced Zwift racing team for tomorrow so it is going to be exciting trying to chase the win,” added Alice.

We also announce our rosters for stages two and three:

The professional exhibition race series from May 4 to 8, kicks off a charity month with Zwift’s Tour for All raising funds in support of Doctors Without Borders/Médecins Sans Frontières (MSF). Zwift have already donated $125,000 to MSF and will add another $125,000 when 250,000 people ride a stage of the Tour for All. More information on Zwift’s Tour for All, including daily event times, can be found here.

All five stages of the men’s and women’s pro races series of Tour for All will be broadcast live across the globe on Eurosport or the GCN app between 15:00-17:00CEST daily.