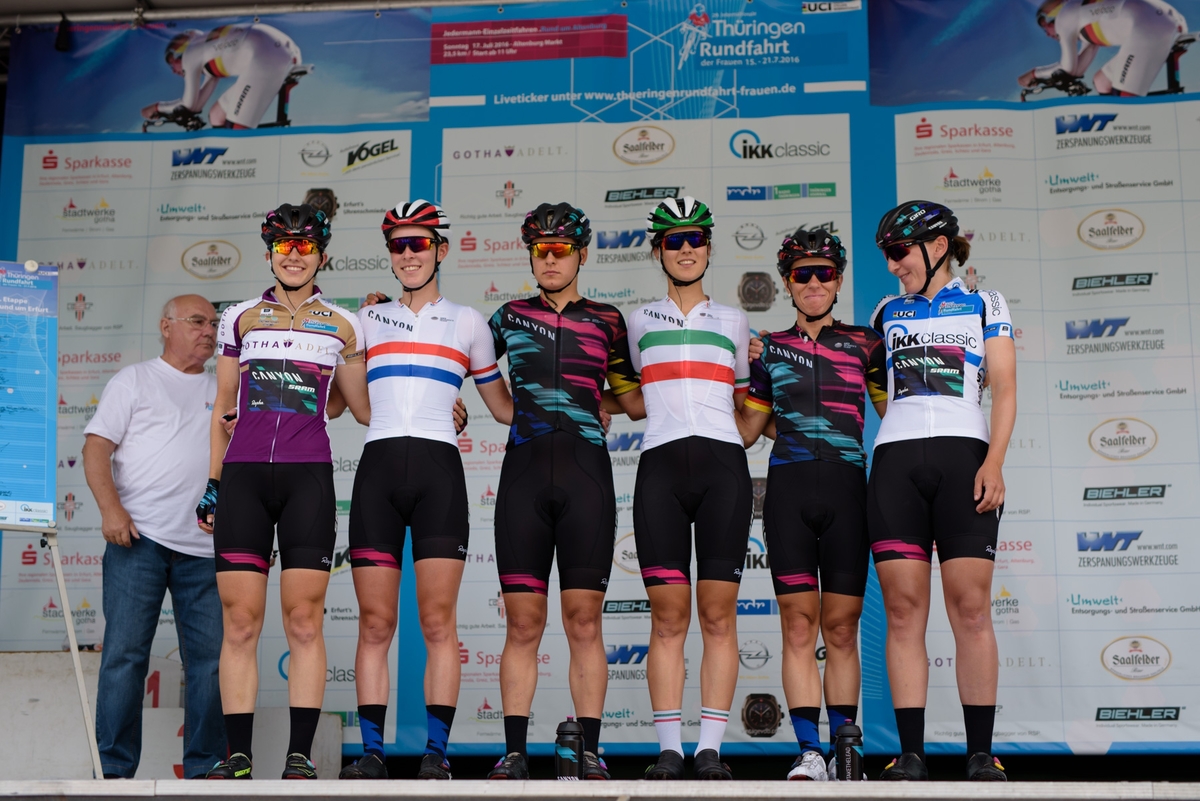 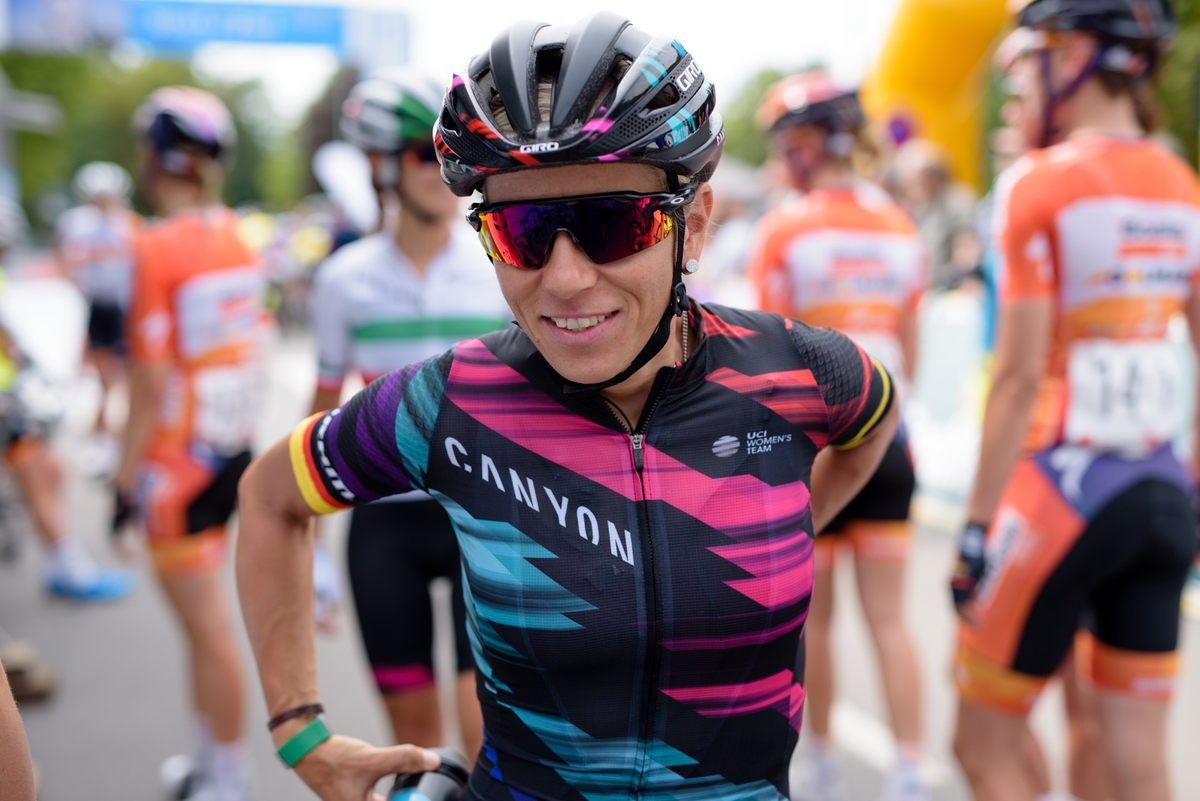 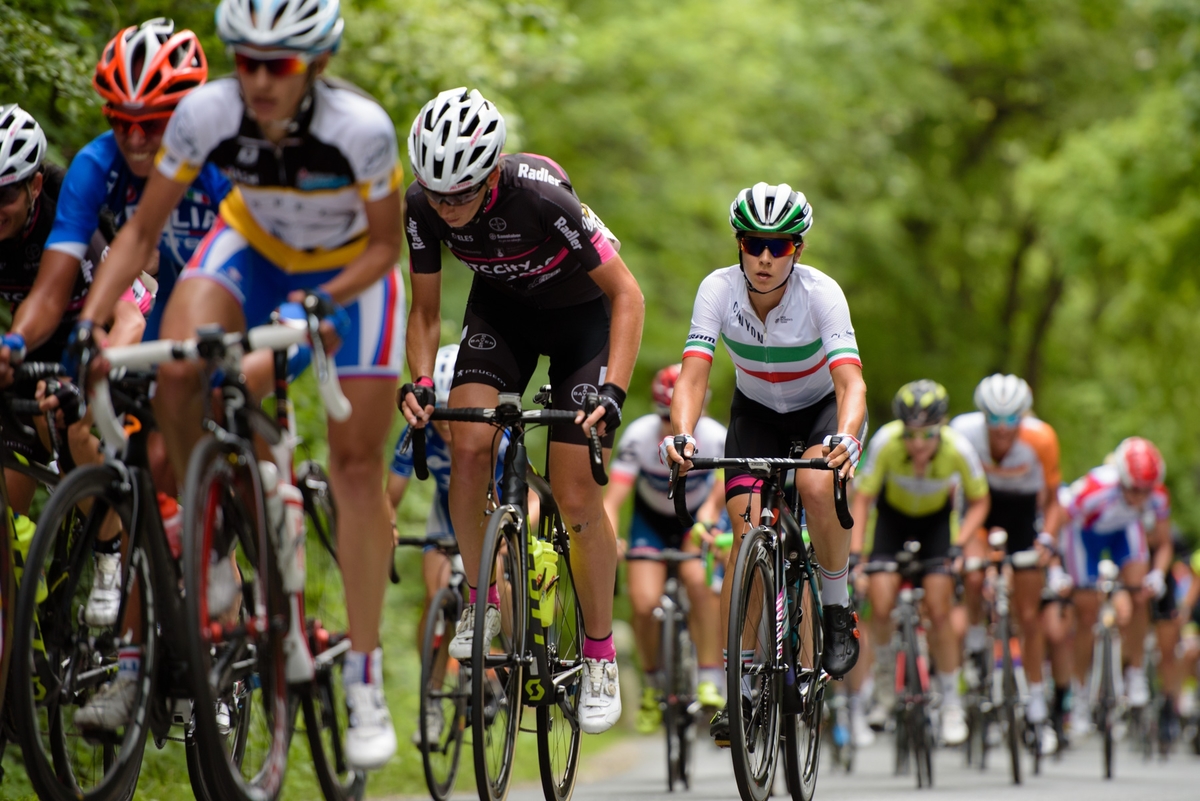 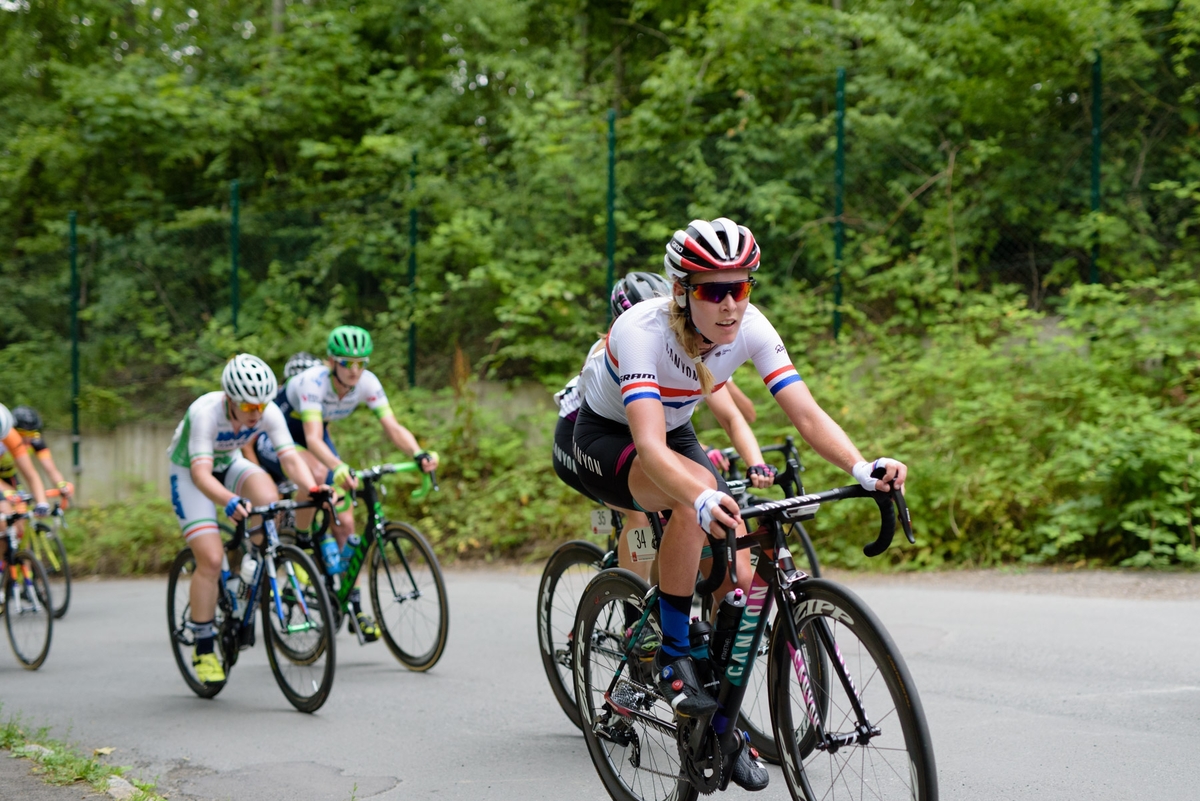 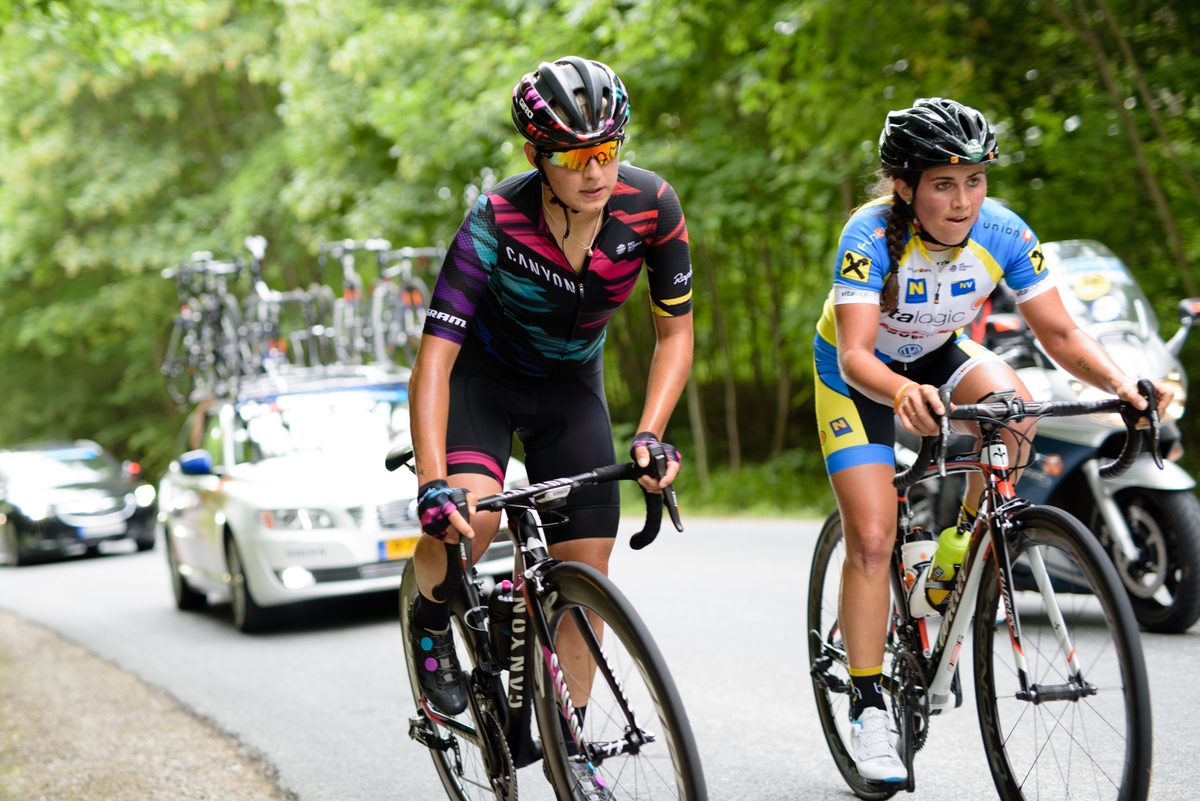 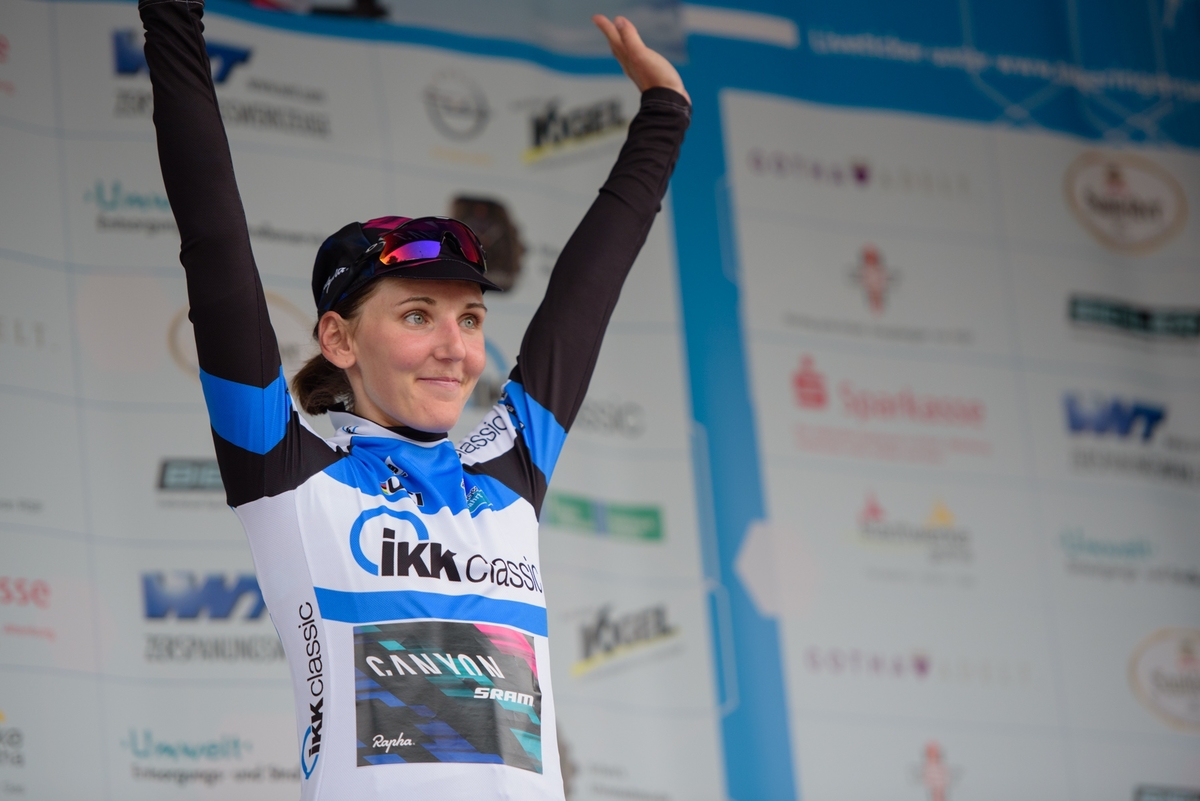 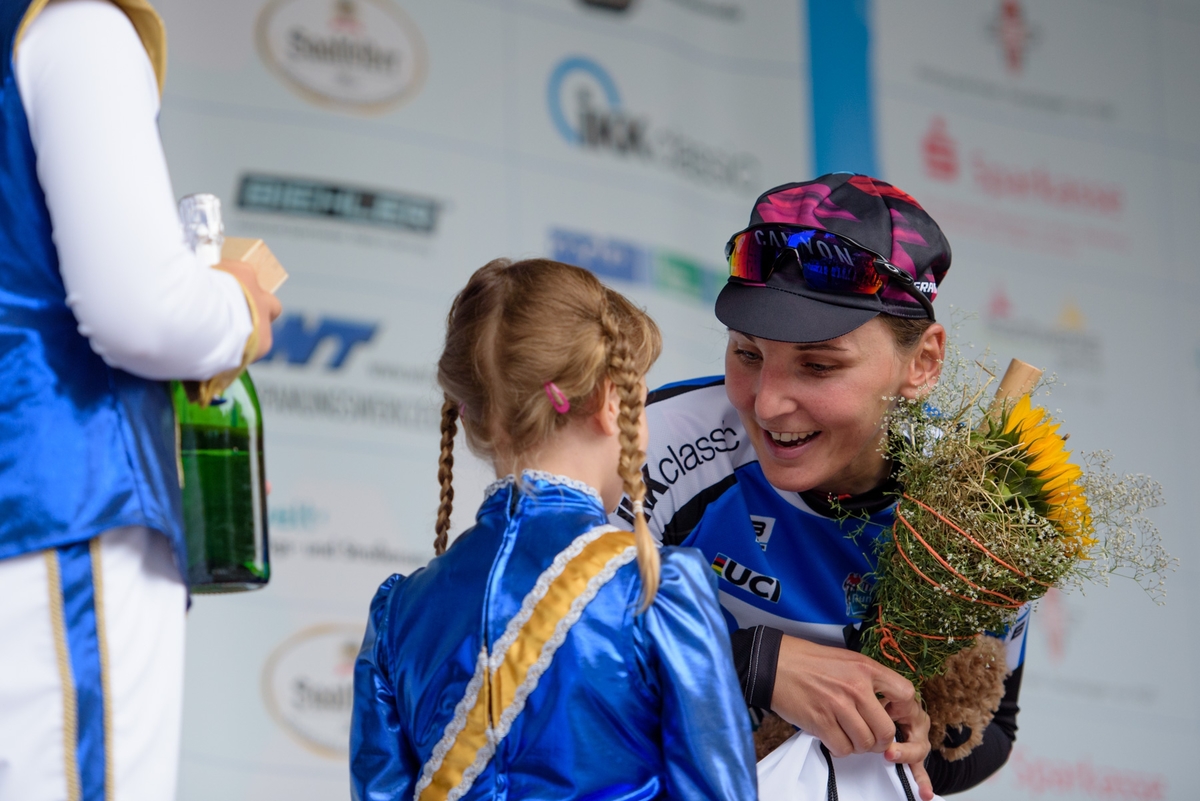 Elena Cecchini has finished 7th today on stage two at the International Ladies Tour of Thüringen. The stage was won by a late solo attack from Olga Zabelinskaya (Russia National Team). Marianne Vos (RLT) won the sprint for second from a small group of ten riders including Cecchini.

A small 12km finishing circuit around the town of Erfurt caused the most damage with the peloton split into several groups. Cecchini was the only CANYON//SRAM Racing rider to make the select group of riders on the final climb of the day. Zabelinskaya attacked soon after and was able to quickly open up a 20 second gap. Following the stage Cecchini said, “I’m feeling good but the first two stages have been full gas and very hard for us!”

Directeur Sportif Ronny Lauke said the level of racing is impressive. “It’s been a hard day today, and we are only at stage two of the tour. The peloton did the climbs much faster than this same course last year, with the pace driven a lot by the Russian national team. When you look ahead to the next days then actually the hardest stages are still to come. It will be a very interesting week.”

Zabelinskaya now takes over the leader’s jersey, with an advantage of 19 seconds from Vos. Cecchini is the best placed CANYON//SRAM Racing rider at 8th on the general classification, 36 seconds behind the leader. Stage three tomorrow is around the city of Altenburg and racing starts at 14:00 (CEST). Follow the Thüringen tour on the team’s Twitter @WMNcycling.