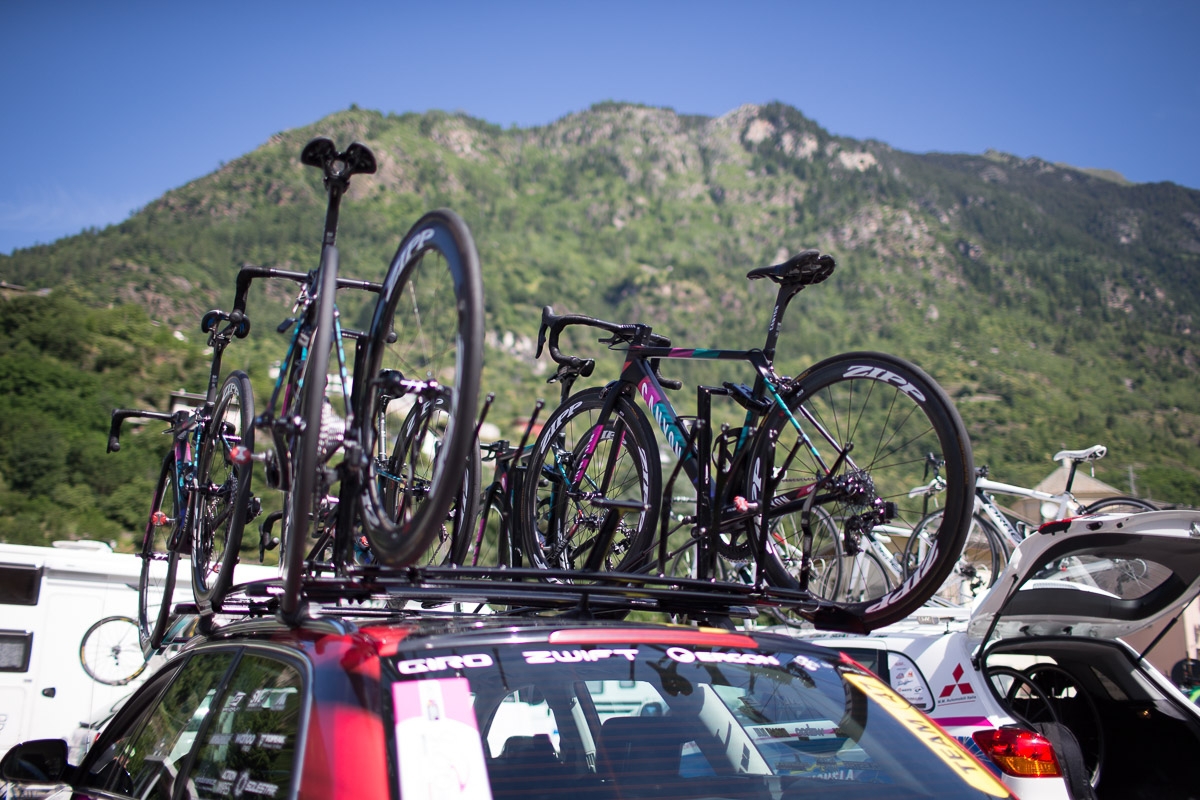 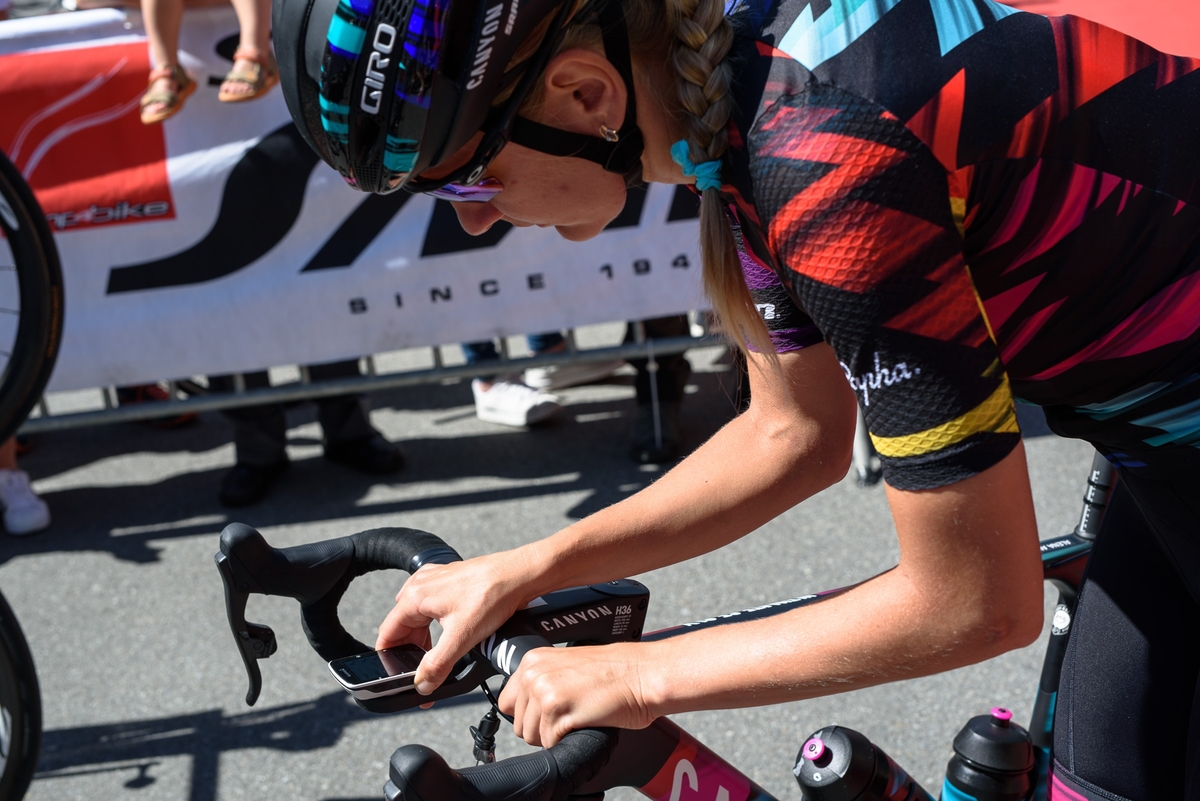 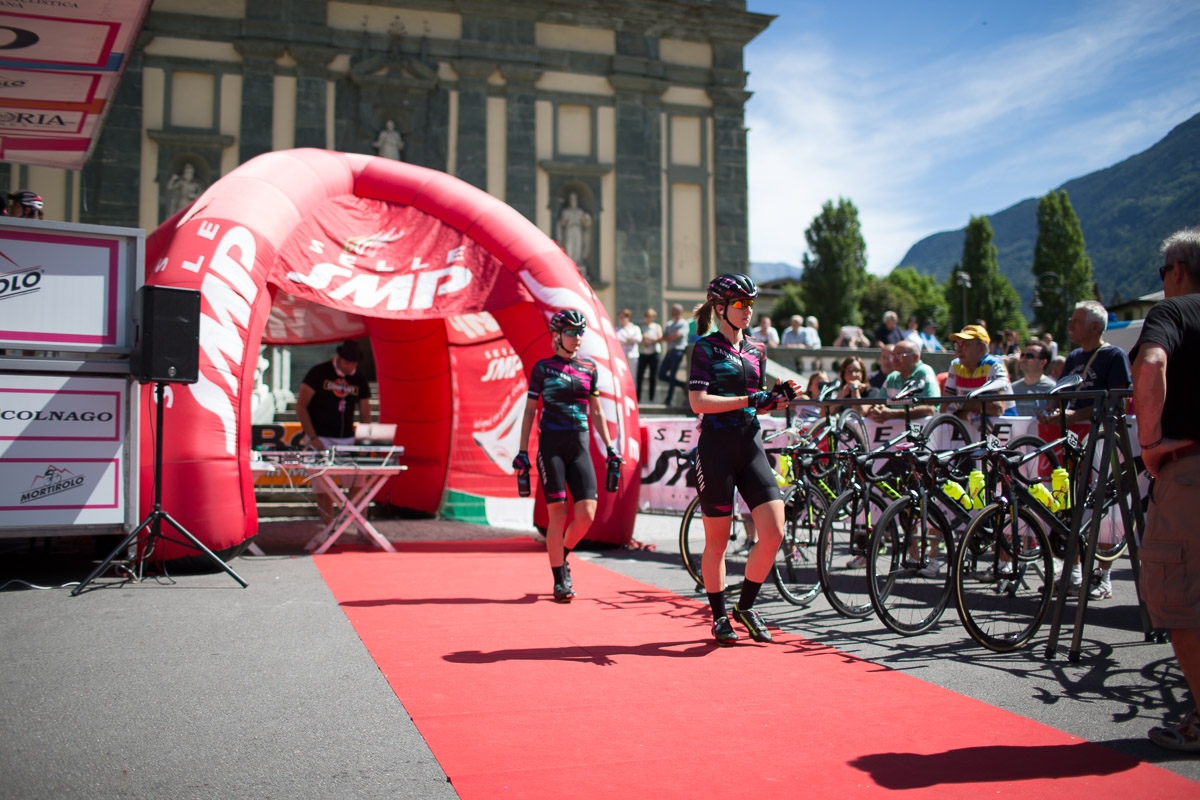 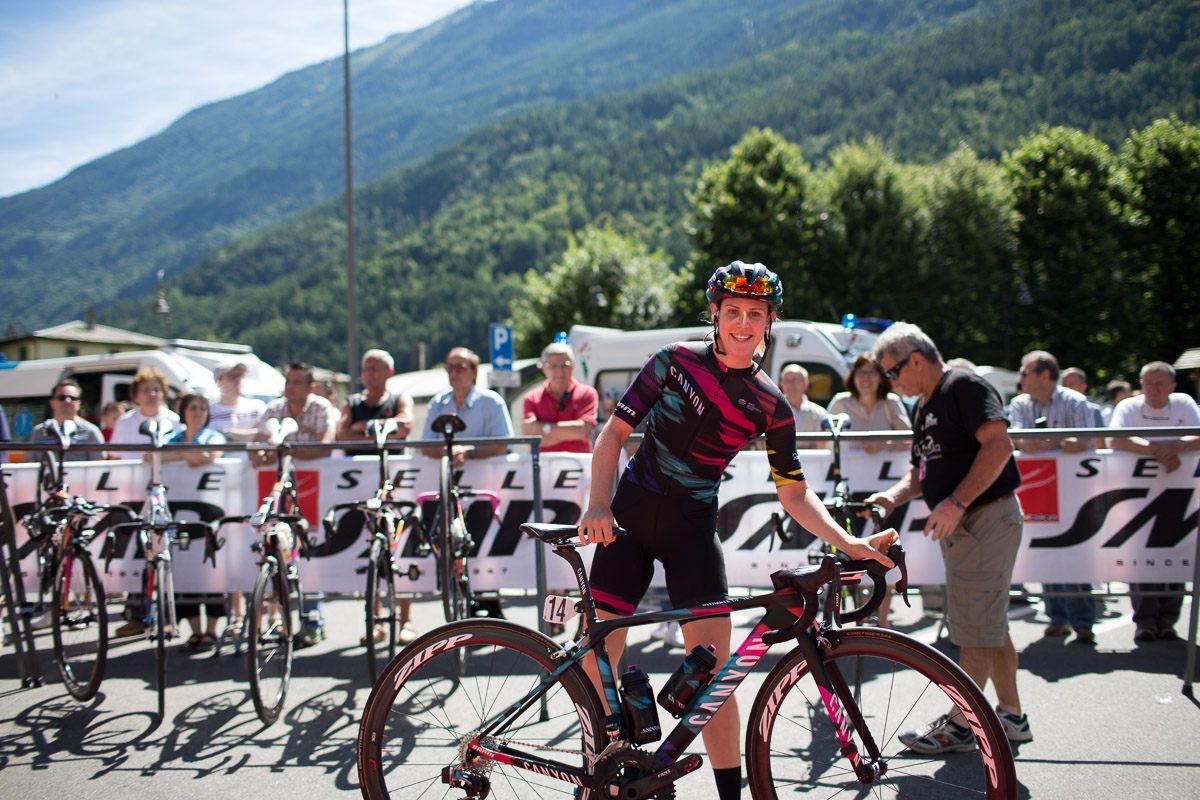 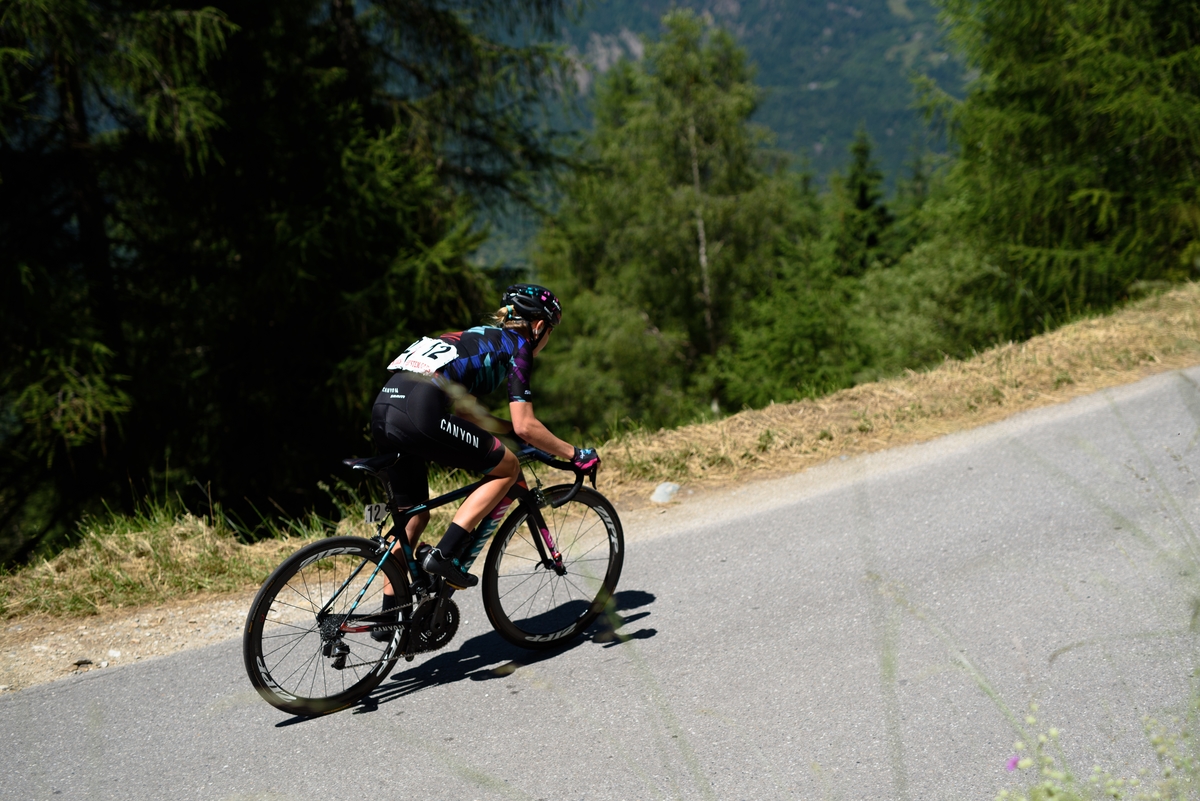 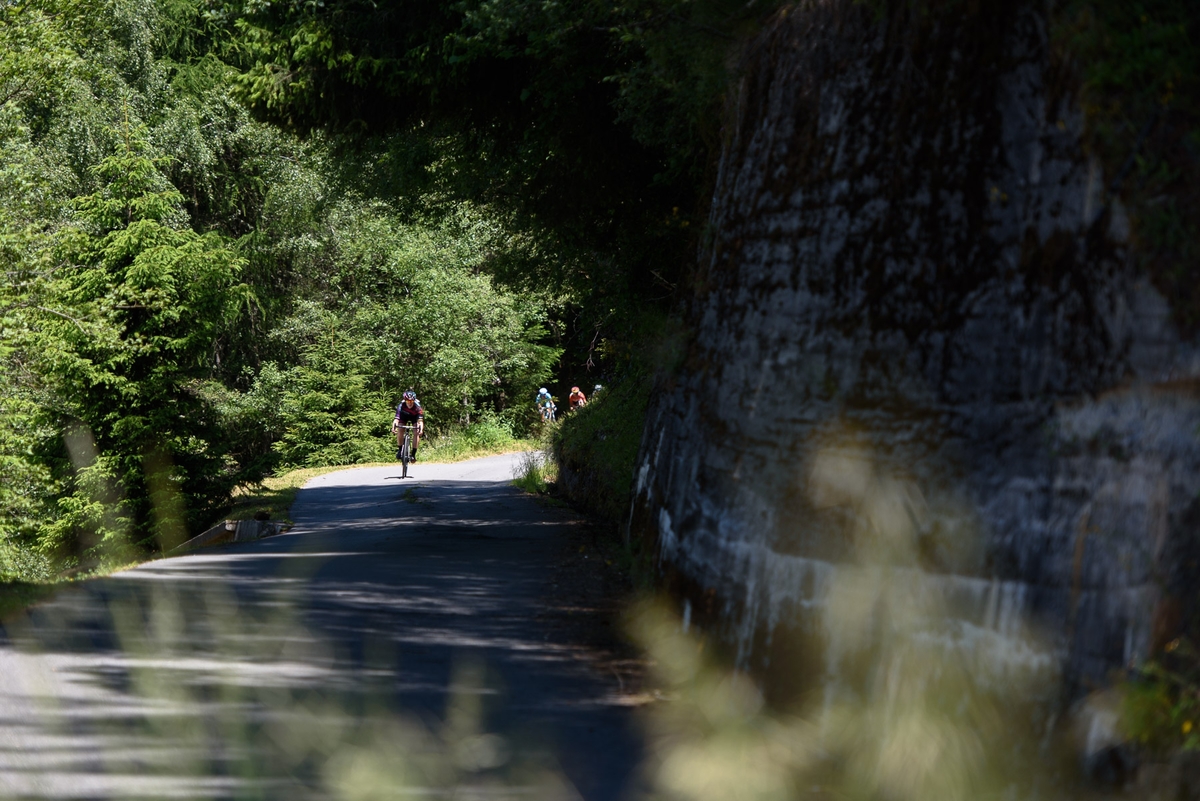 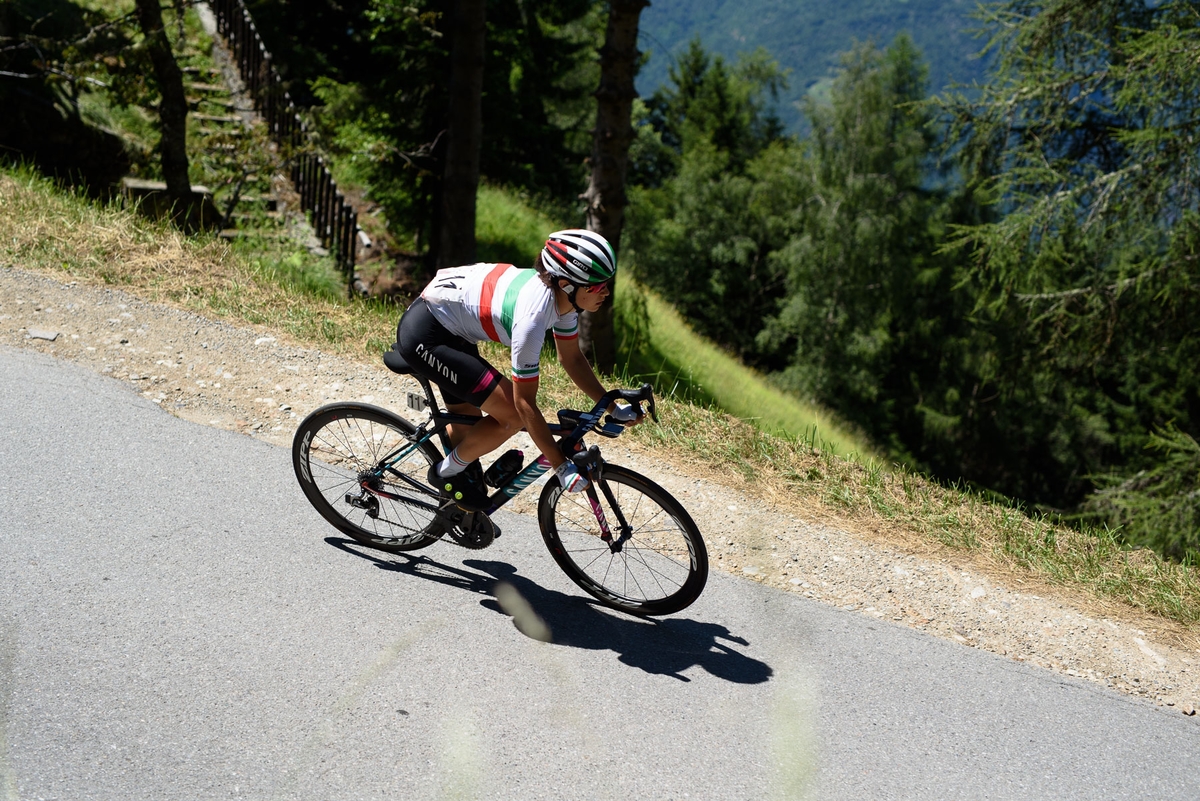 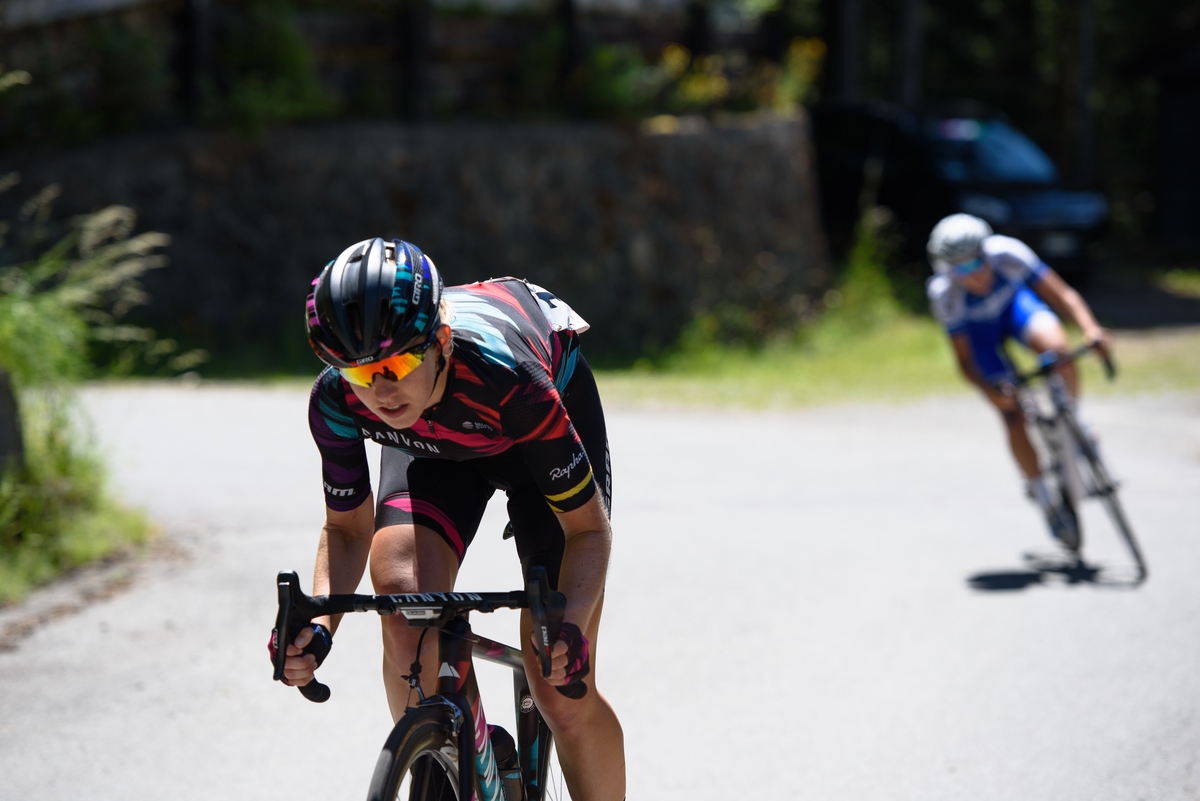 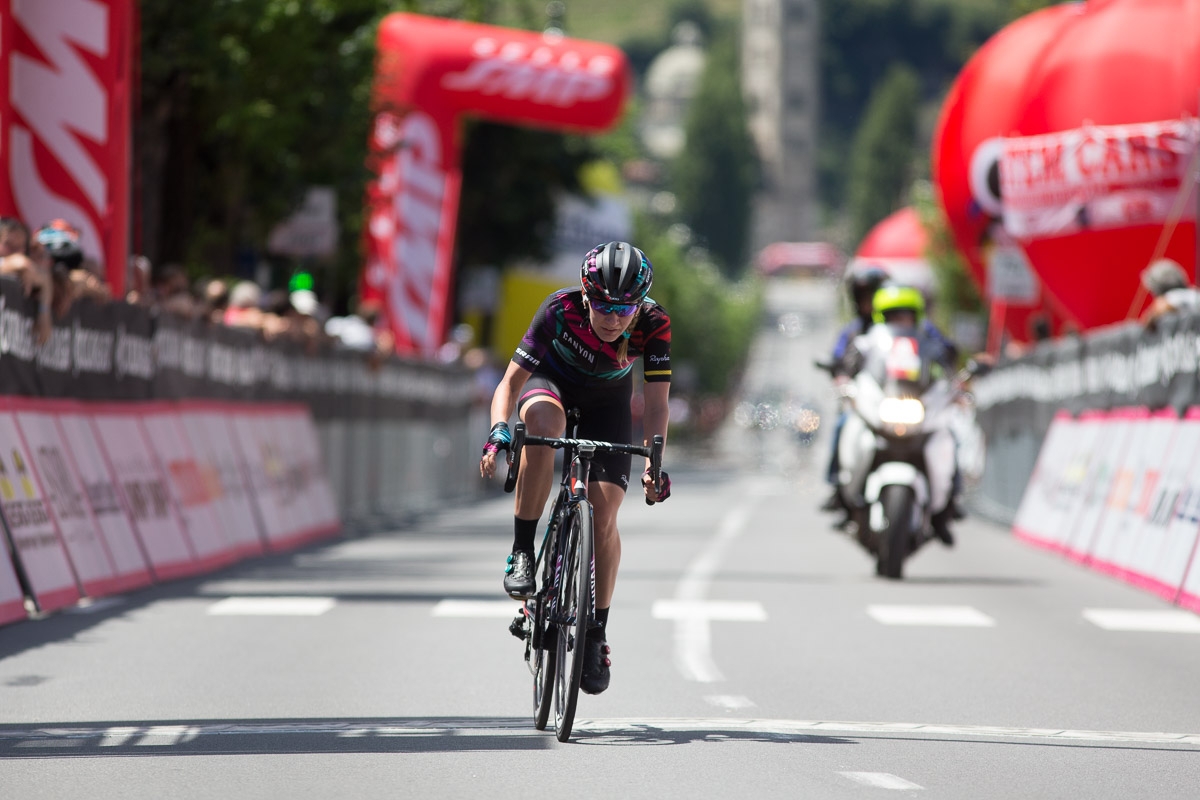 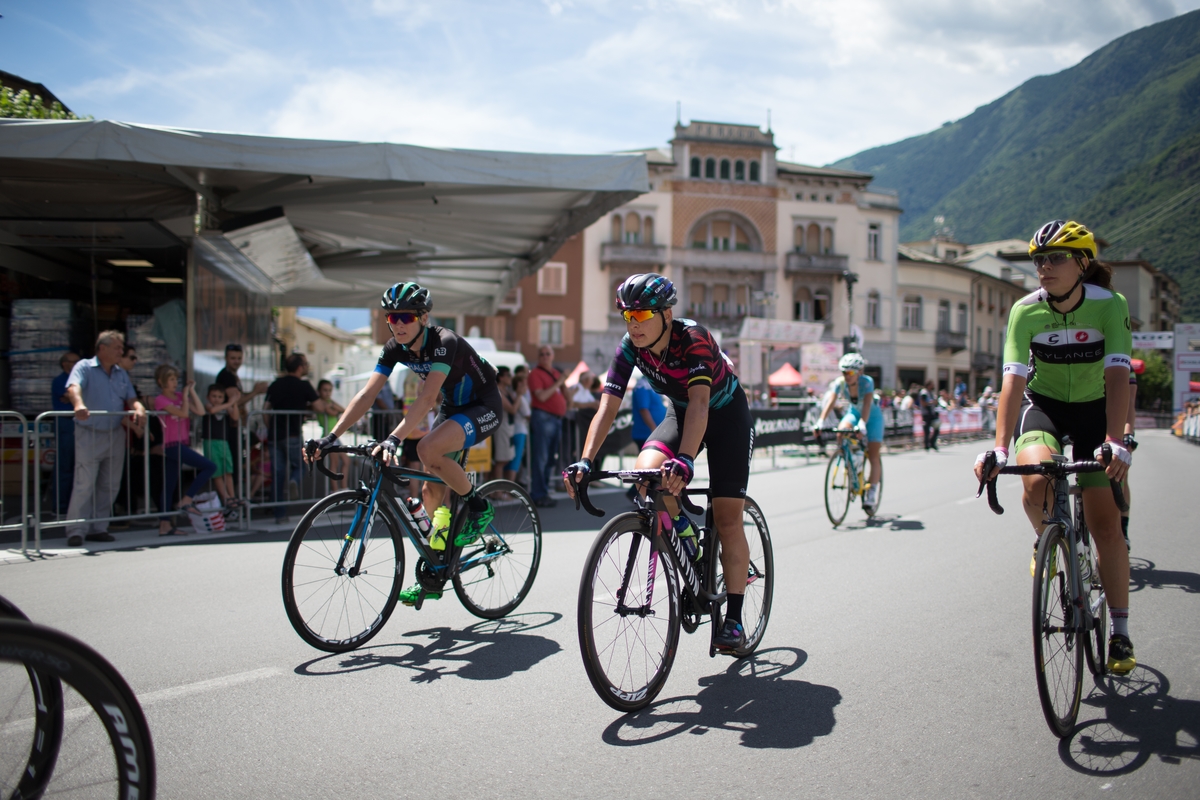 Gallery from Mortirolo stage five at the Giro Rosa

Stage five at the Giro Rosa was the first of the Queen stages for the tour. Passing over the famous Mortirolo climb, the general classification riders quickly laid their cards on the table at the bottom of the ascent. Mara Abbott (WHT) won the stage solo, 37 seconds ahead of her team mate Elisa Longo Borghini (WHT), while Tatiana Guderzo (HPU) was third in the short 77km stage.

Emma Pooley (LTS) was the first to launch an attack, directly from the bottom of the Mortirolo climb. The selection was quickly made with all of the Maglia Rosa contenders present, but it was not long until Abbott displayed her climbing strength and was alone on the steep gradients. On the top of the summit Abbott had more than four minutes advantage over the then Giro Rosa leader, Evelyn Stevens (DLT). Although Abbott’s lead would reduce in the final kilometres she did enough to move into the Maglia Rosa.  The best placed rider for CANYON//SRAM Racing was Alena Amialiusik in 14th place.

See a gallery of images and rider comments from stage five below.

The team would start stage five without Trixi Worrack. “I’m feeling okay and there is nothing wrong. I just felt that I’ve had four solid stages and it’s my first long stage race since coming back from surgery. I need to keep in mind my recovery and the rest of the season ahead. I hope the team can have some more success!”

Alexis Ryan is racing her first Giro Rosa. “The Giro Rosa is less predictable than a race like Energiewacht Tour, and there are many more opportunities for victory. It’s the longest race on our calendar, which plays a huge factor in the race dynamics. The energy you waste today won’t be there seven days from now. That’s a hard concept to wrap your head around, especially when you’re used to four and five day stage races.”

Alena Amialiusik crosses the finish line in 14th place. “I am feeling better than when I was sick last week, each stage is better and better for me. But on this climb today I could not go with the top riders. I know tomorrow it will be tough again because there are also a lot of climbs, but then maybe I can do something in the time trial on Friday.”