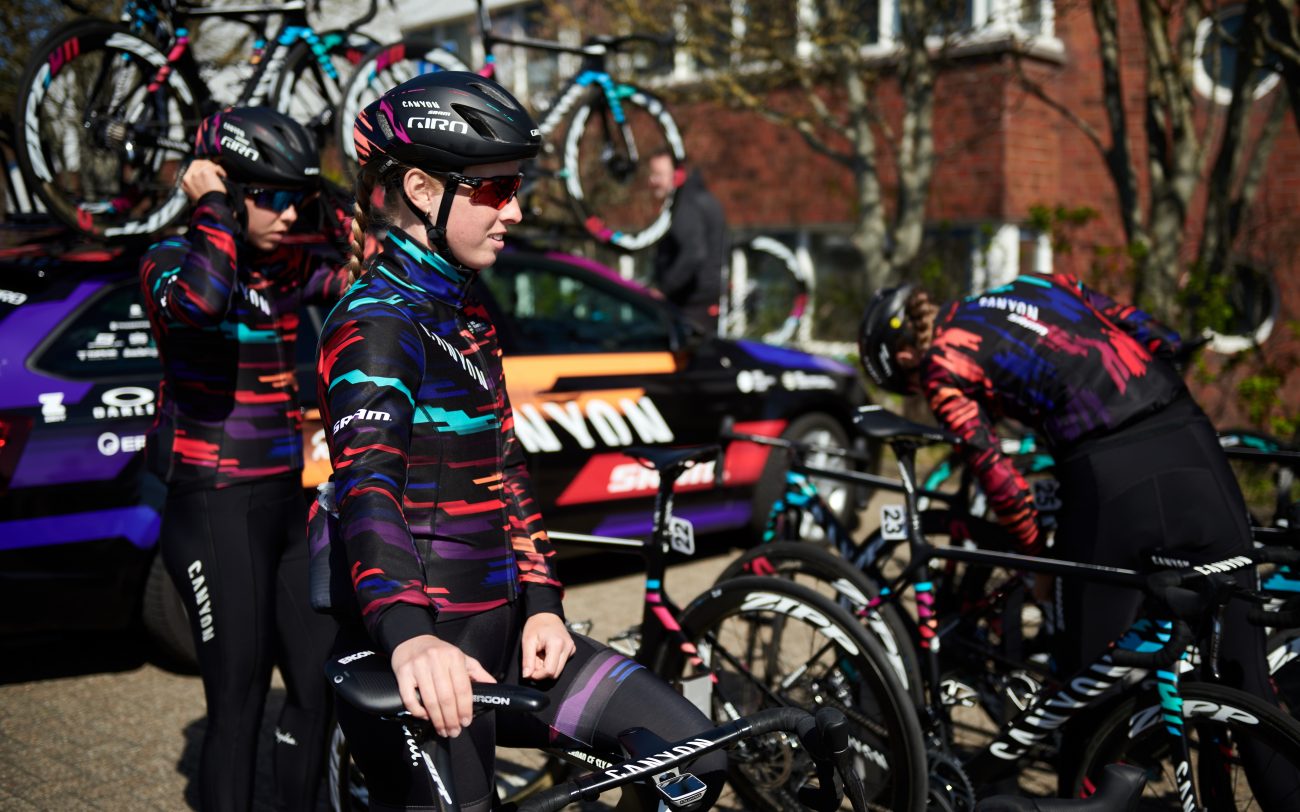 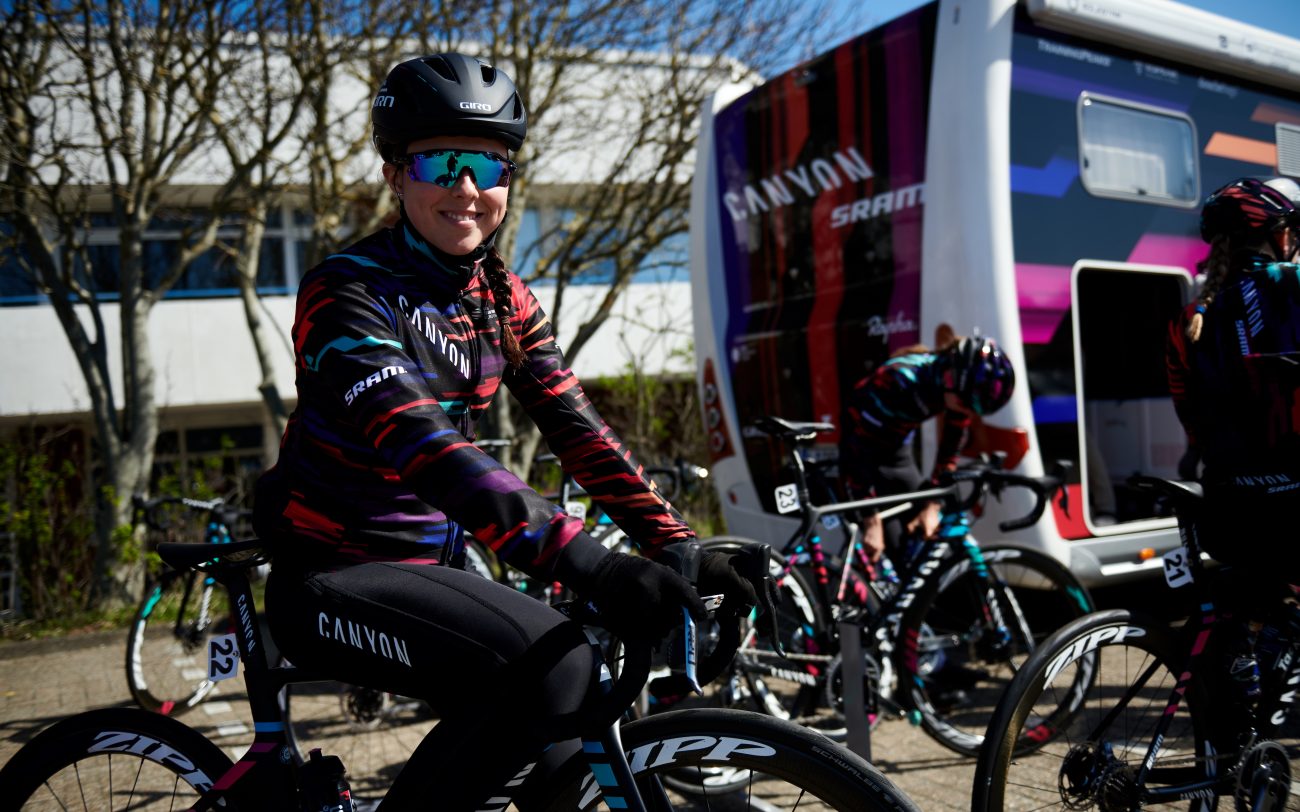 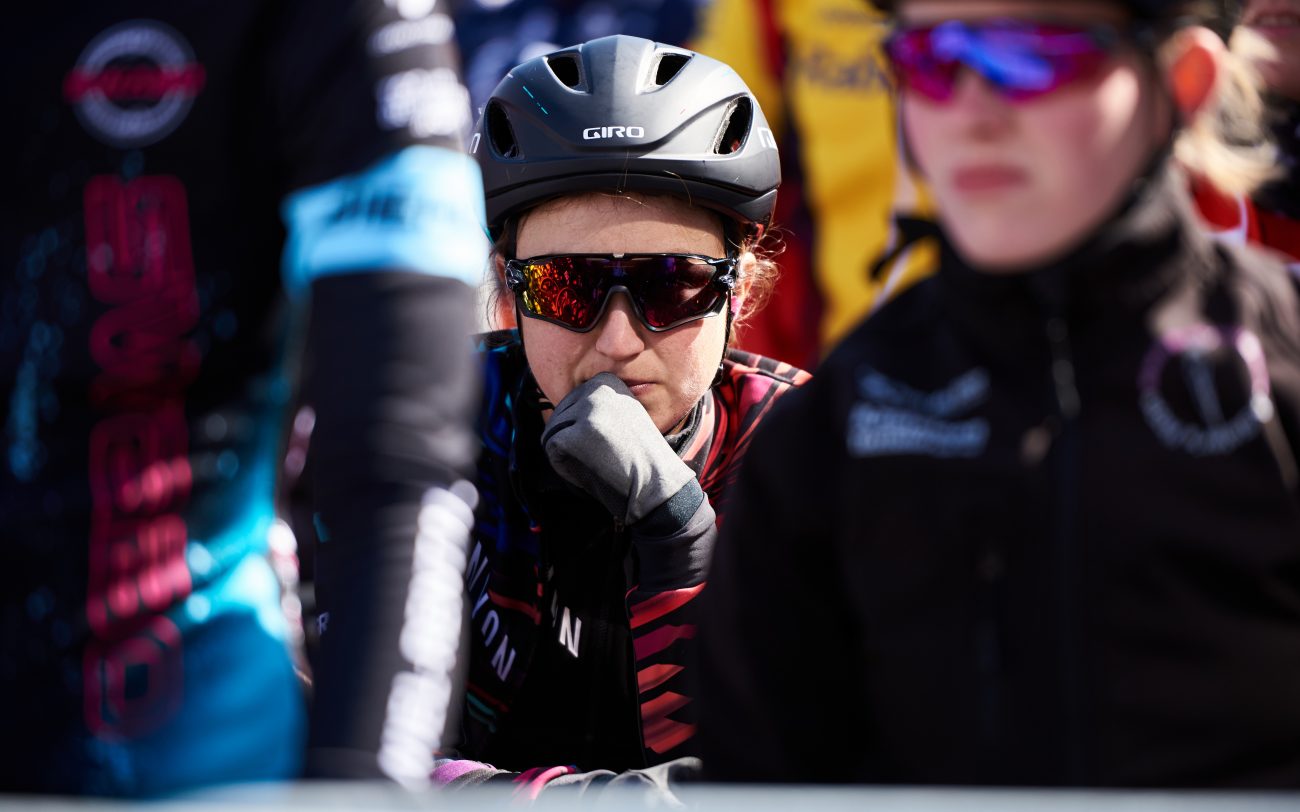 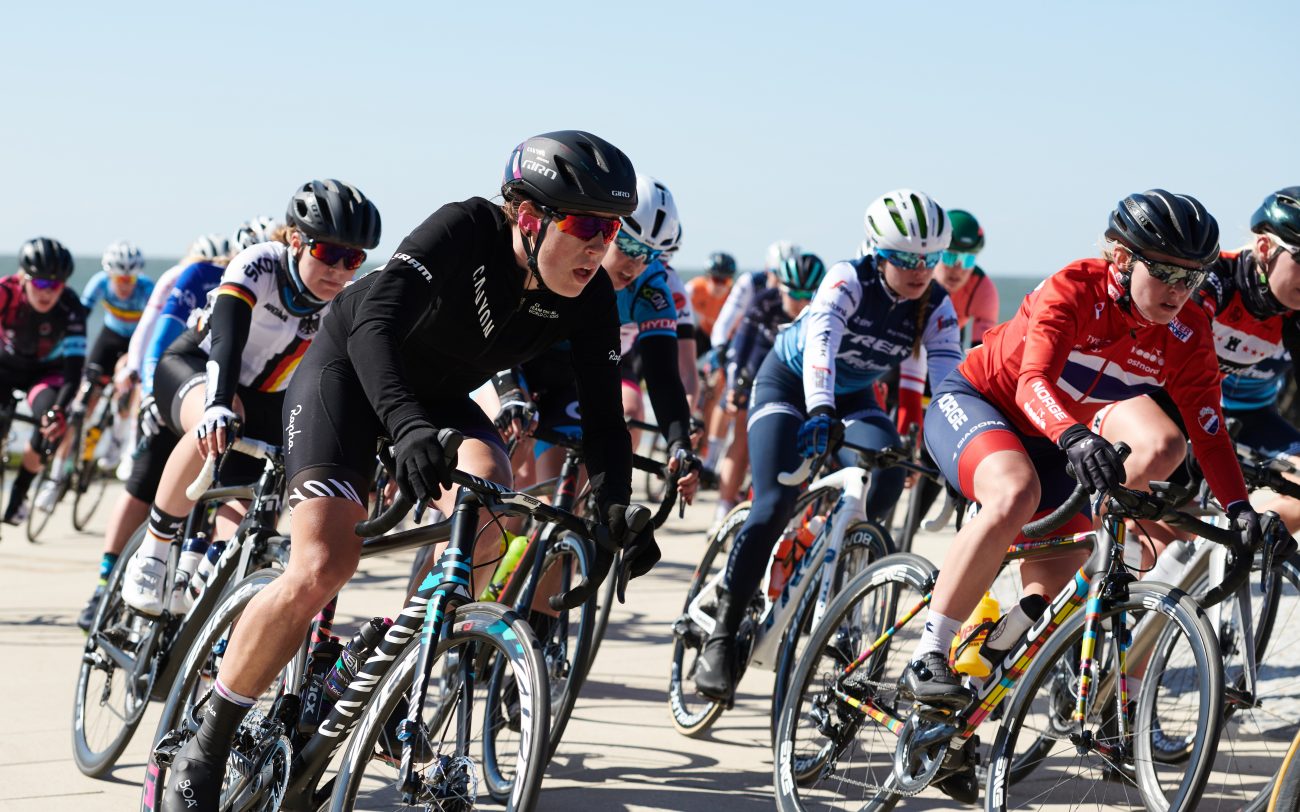 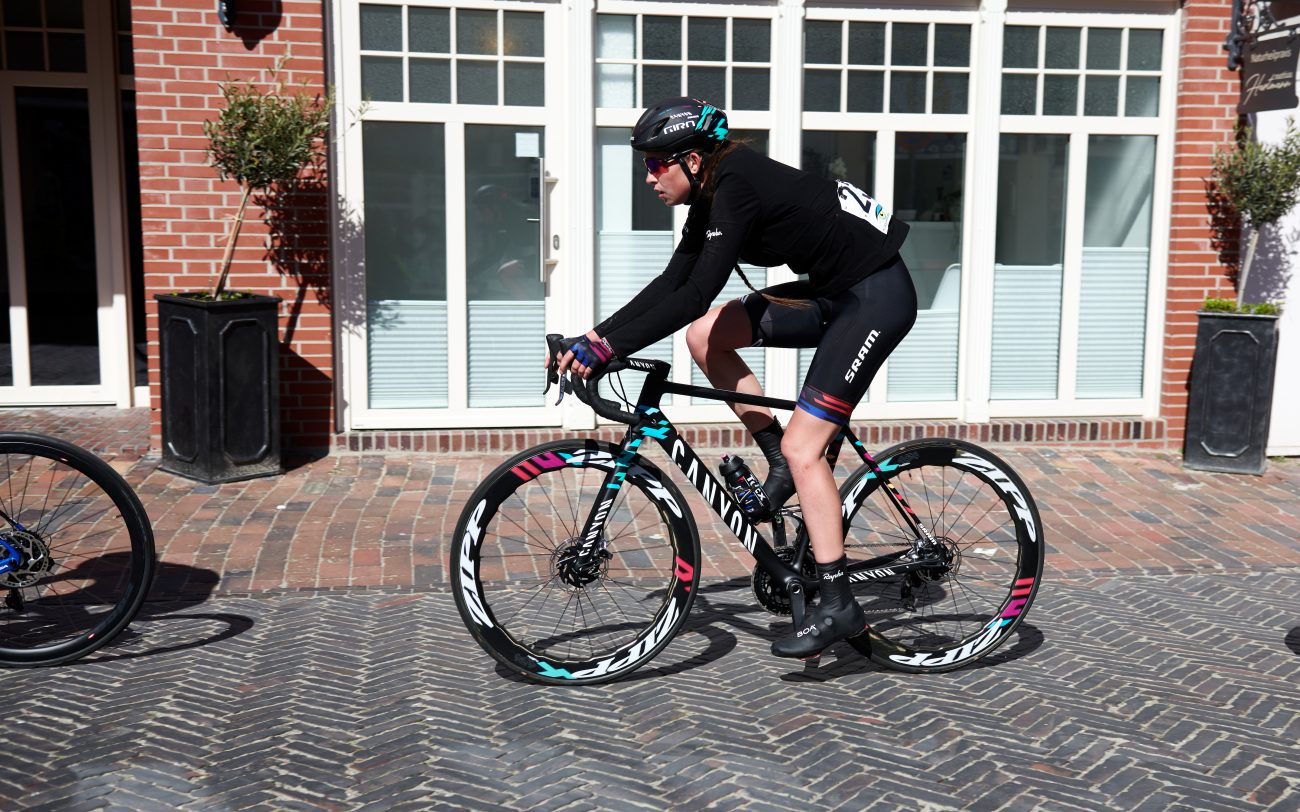 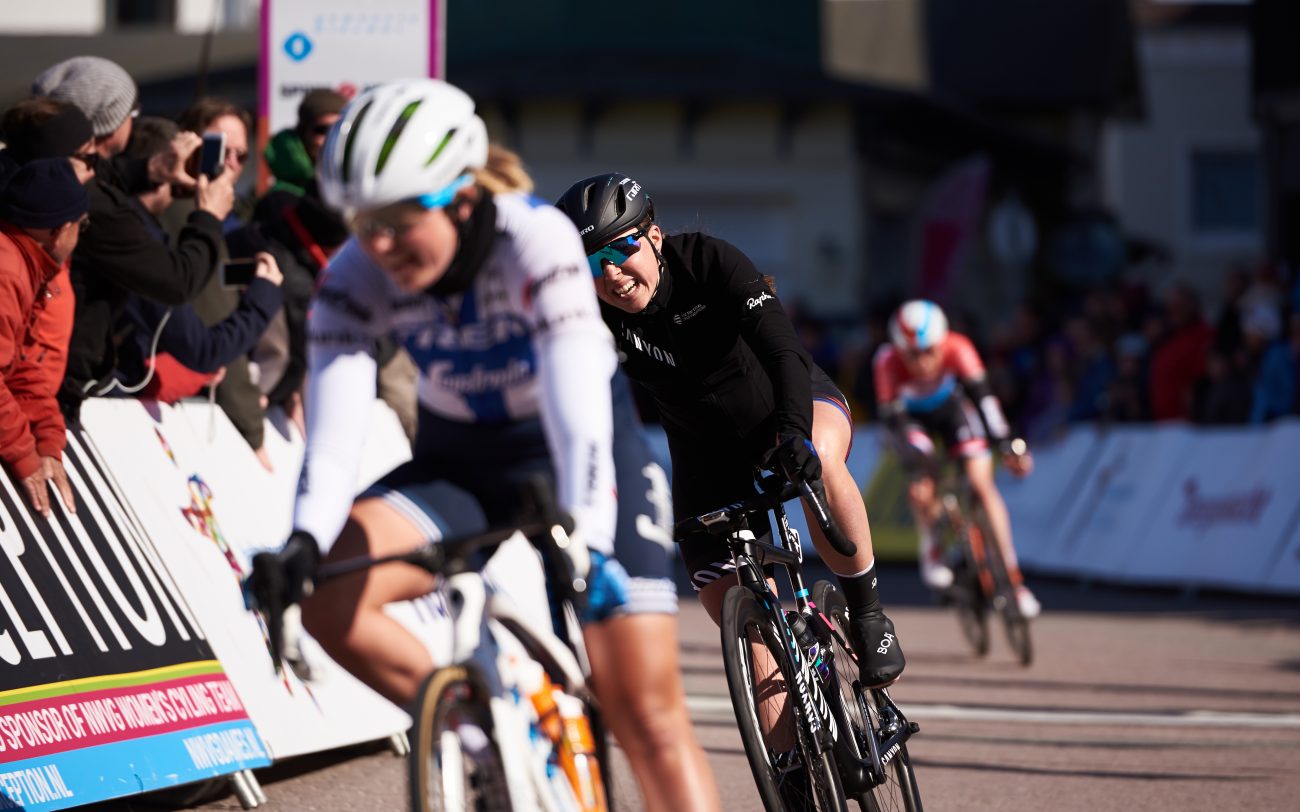 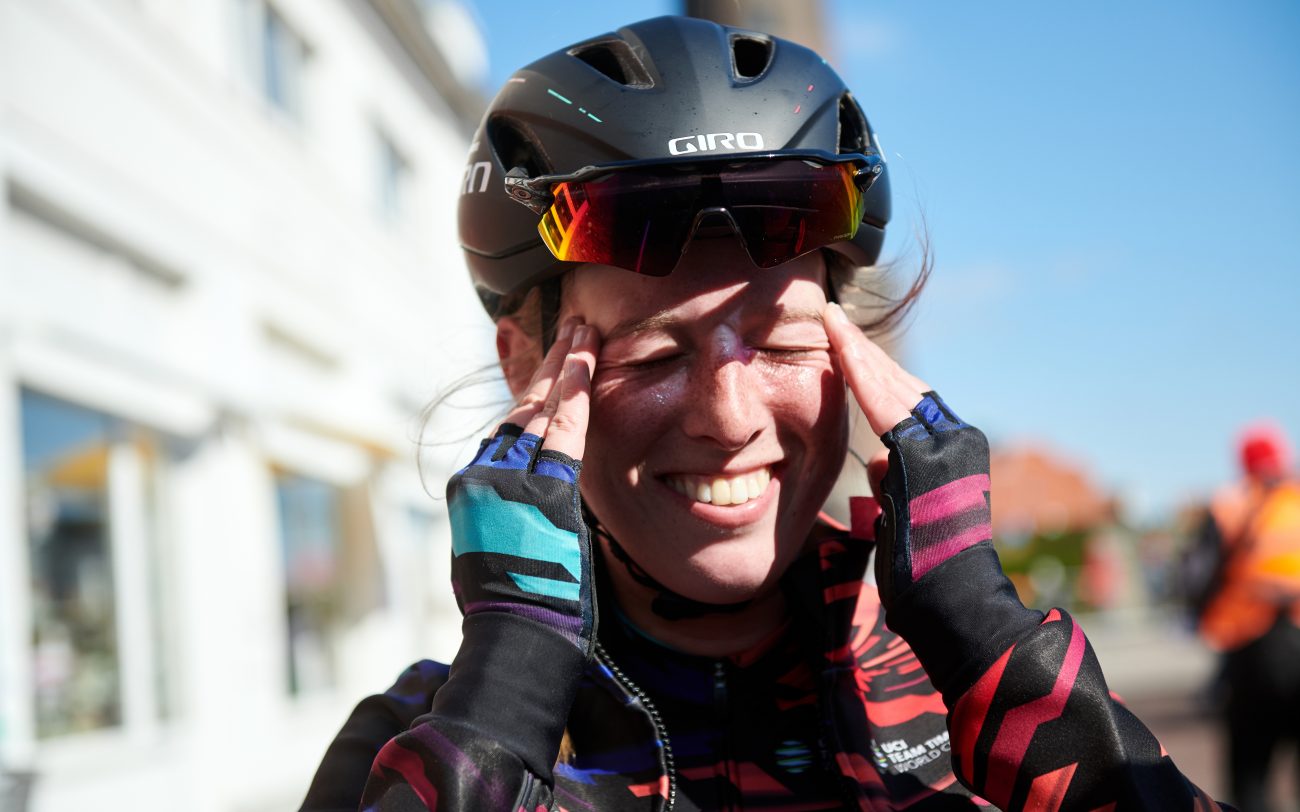 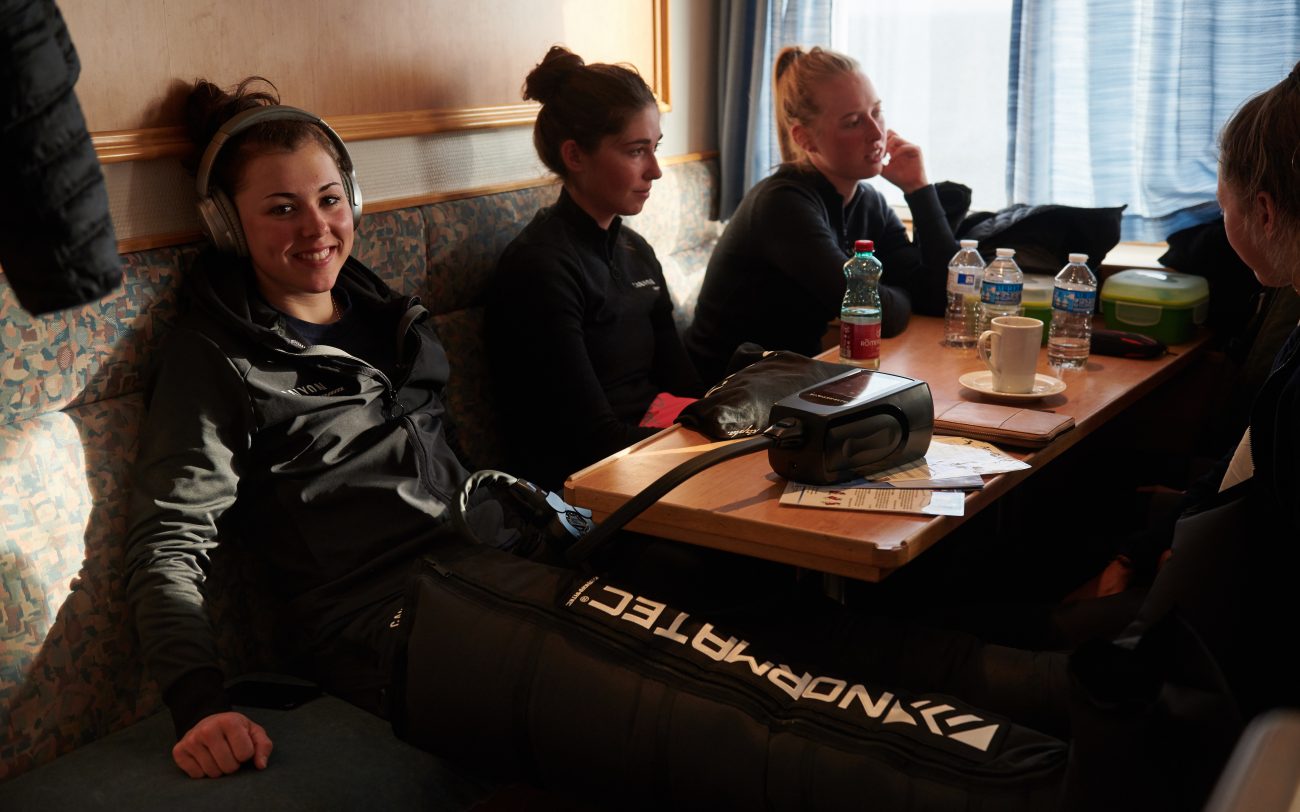 Lisa second on stage 1 of the Healthy Ageing Tour

With strong winds all day, the 102.5km stage was never easy. The peloton split already in the first kilometres, with first a 35-rider group forming, and soon after, the final and winning 14-rider move went with 60km to race. The group, that included both Klein and her teammate Alice Barnes, were never caught again by the chasing peloton who eventually finished more than four minutes ahead of the peloton, creating significant time gaps on the general classification very early in the tour.

Barnes made a late solo attack with just under 4km remaining, and although caught with 500m to go, the move allowed Klein to save energy for the final sprint.

“I yelled ‘all out now’ into our radio

“It was a really hectic race from the start. The bunch was constantly splitting and coming together during the first four laps,” said Klein.

“Ella (Harris) pulled so strong to bring me into position when the big bunch turned into a narrow road and that’s where the winning break was made. Alice made it as well, which was great. Unfortunately, Ella was taken out by another rider in a crash.”

“The final lap was hectic. Alice brought me into a good position, into the corner, and with the echelon she protected me.”

“With 3.5km to go Alice counter attacked in a really good moment. The group was hesitating and I said ‘all out now’ into our radio. Boels chased her down only within the last kilometre. I tried my best to sprint to the last really narrow corner. I avoided a crash, and was on Lepistö’s wheel where we took the inside line. With 100m to go I had no chance to pass her on the winding finish road and I finished with second,” commented Klein.

“We now have a good position on GC”

“There were some attacks in the final kilometres and at one point I saw a good moment to attack myself. When I went, I didn’t look back because I was confident that Lisa would be there following the wheels if someone was trying to chase me back and preparing herself for the sprint.”

“I knew it was a big ask that I would be able to stay away solo to the line, especially on stage one but I had a gap and I dug deep. Unfortunately I was caught with about 500m to go. It’s great Lisa got second and overall it leaves us in a good position on GC for the rest of the week,” added Barnes.

Lisa Klein now sits second on the general classification, one second behind tour leader Lepistö. Her teammate, Barnes sits in thirteenth position, 10 seconds behind the leader.

Where: 134.4km around Surhuisterveen

How: Follow the race on Twitter with #HAT19, by television broadcast on Podium TV,  or the livestream on www.healthyageingtour.com, www.DVHN.nl or LC.nl.