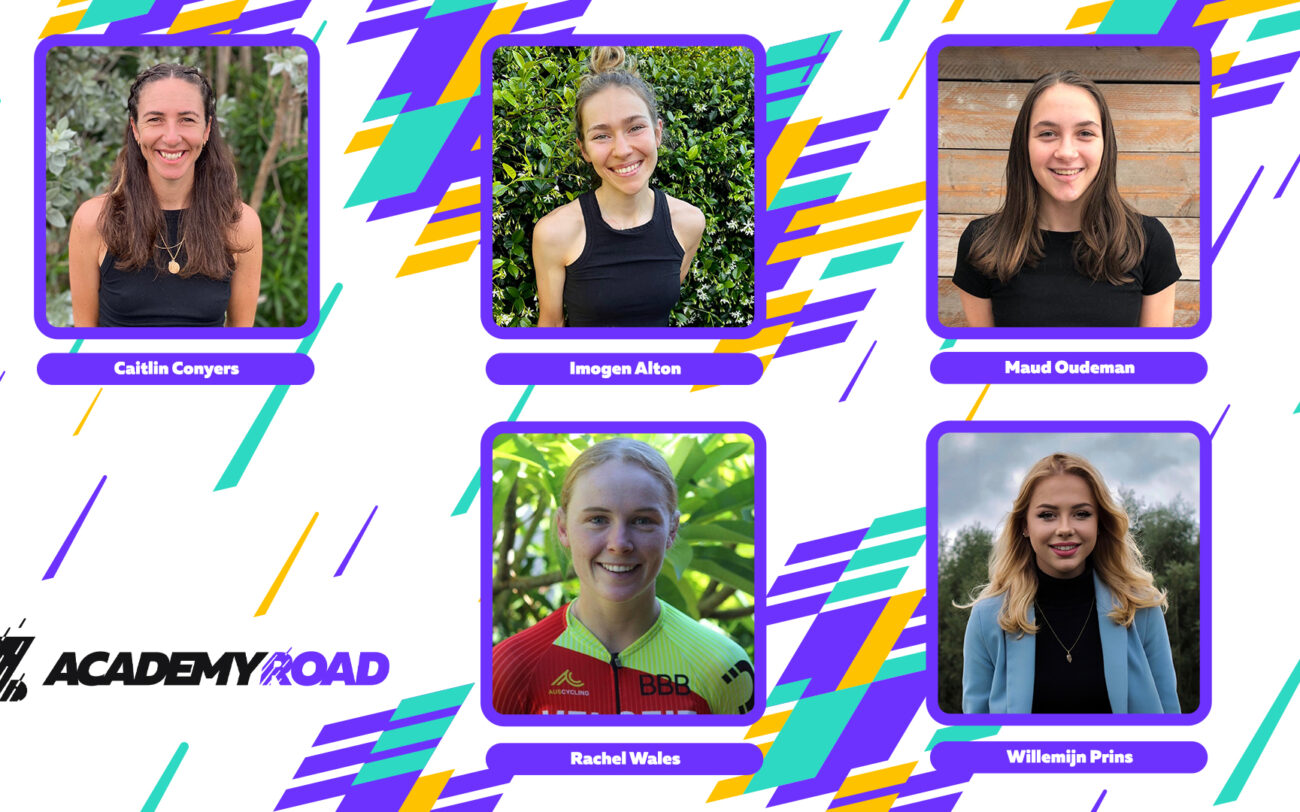 MEET THE 5 FINALISTS FOR THE CANYON//SRAM ZWIFT ACADEMY ROAD

Our team and Zwift, the online global fitness platform, today announced the 5 finalists for the 2021 Zwift Academy Road program. Five women will now progress to the Zwift Academy Road Finals in Mallorca, Spain where they will compete for a professional cycling contract with our CANYON//SRAM Racing Women’s World Tour team in 2022.

More than 150,000 riders took part in the men’s and women’s 2021 Zwift Academy Road for another record-breaking year. For most, the Academy gave an opportunity to improve from the baseline to finish line rides. For a handful, each year Zwift Academy Road presents an unrivalled opportunity to win a professional cycling contract. From the thousands, five have shined, each showing promise with different strengths, they will now be tested both on and off-bike as they look to overcome the last challenge, the Zwift Academy Road finals.

The five finalists competing for a spot with CANYON//SRAM Racing are:

For the first time, both the men’s (competing for a contract with Alpecin-Fenix) and women’s finals will be held together at the same camp. As with the training program, the finals will see all finalists complete some tasks together while others will be performed with their prospective teams. Team riders and staff of CANYON//SRAM Racing will be present at the camp in Mallorca. The Zwift Academy Coaches at Dig Deep Coaching as well as our team coaches will be analysing all performances of the finalists from their outdoor efforts of the famed climbs of Mallorca, their grit in Zwift races as well as off the bike challenges.

The finals will be broadcast by GCN with five films being released capturing the action from finals week. The winners will be announced in the last film that is published on 17th December 2021.

To learn more about the finalists and to see how you can stay up to date with the latest news from the Academy, head over to zwift.com/academy.

A lawyer from Bermuda, Caitlin Conyers started cycling in 2017 with the main goal of getting local Strava QOMs. After an unexpected breakout season in 2018, she was chosen to represent Bermuda at the Caribbean Championships and qualified a spot for the Pan American Games in 2019. Following this, Caitlin decided to commit to cycling full-time in 2020 and hopes to be the first woman to represent Bermuda in road cycling at the 2024 Paris Olympics.

Based out of Brisbane, Australia, Imogen Alton recently graduated with a Bachelor’s Degree in Exercise and Nutrition Sciences. She hopes to pursue a career as a doctor. This past year proved difficult for her, with the bombshell of her mother’s diagnosis of Amyotrophic Lateral Sclerosis diagnosis— a terminal motor neurone disease. She’s since found solace in training, riding, and racing with the ultimate aim of becoming a pro cyclist before pursuing medicine.

A recent switch from triathlon to cycling has put Dutch rider Maud Oudeman on the path to realizing her dream of becoming a pro cyclist. Selected to ride in U19 as well as the UEC Road European Championships in Trentino for the national Dutch team, she’s found that she favors long climbs, time trials, and stage races. Above all, she values teamwork on the tarmac, believing that to be the x-factor in racing success.

Hailing from the Sunshine Coast of Queensland, Australia, Rachael Wales was a pro triathlete until the start of 2021, when she made the switch to road racing. She races for the National Road Series team Velofit Australia. Having found much joy in improving her race craft and skills, Rachael zeroes in on team values like respect, honesty, and being adaptable on the road.

A second-year student from Holland, Willemijn Prins studies physiotherapy and is a full-blown cycling addict. Her bona fides? A few years back, she was a Zwift National Champion at the age of 14, having “only” been cycling for five years before that. But she’s always been an athlete, with a history of classical ballet under her belt as well. One day, she hopes to be a UCI Road World Champ.