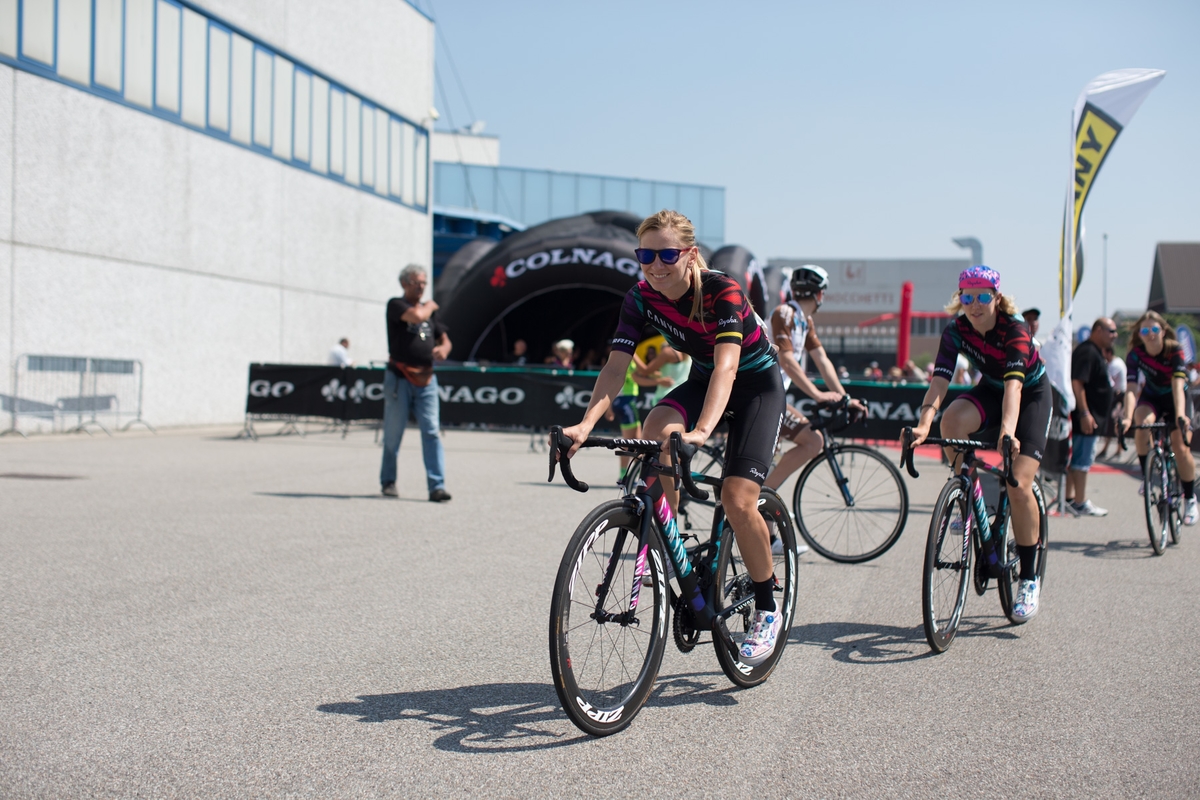 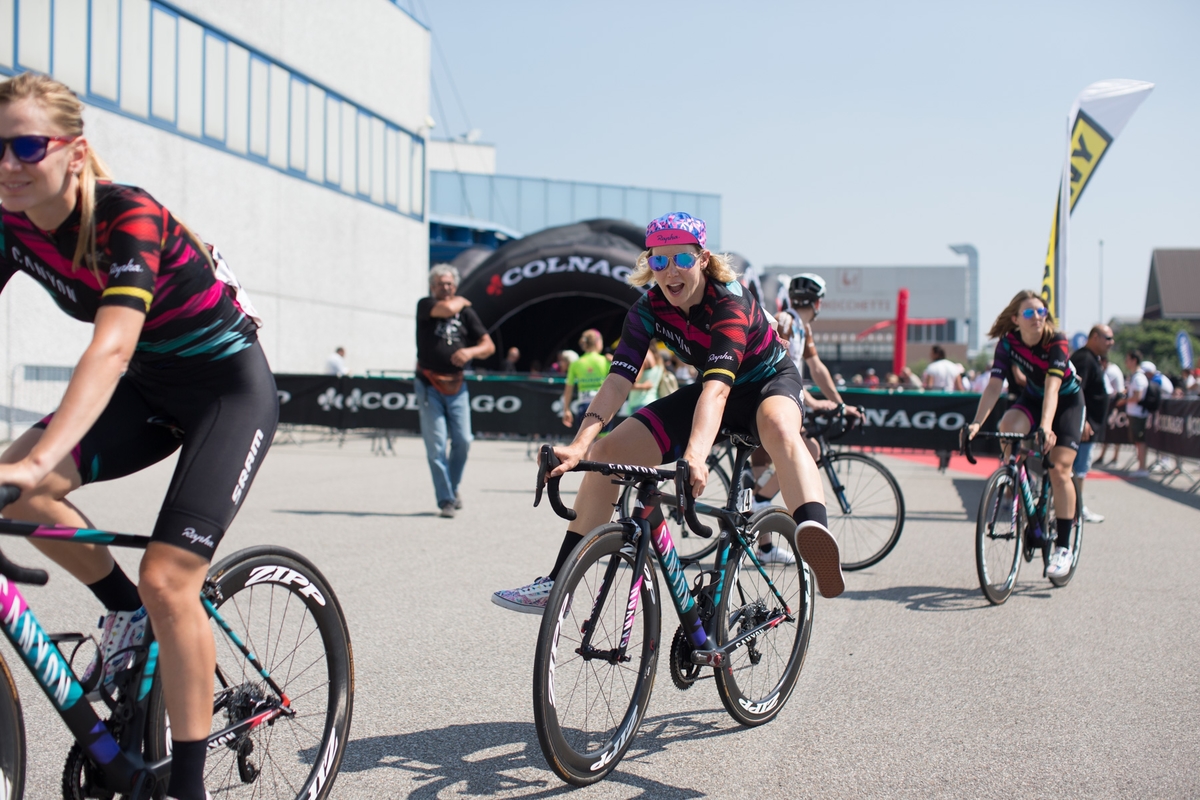 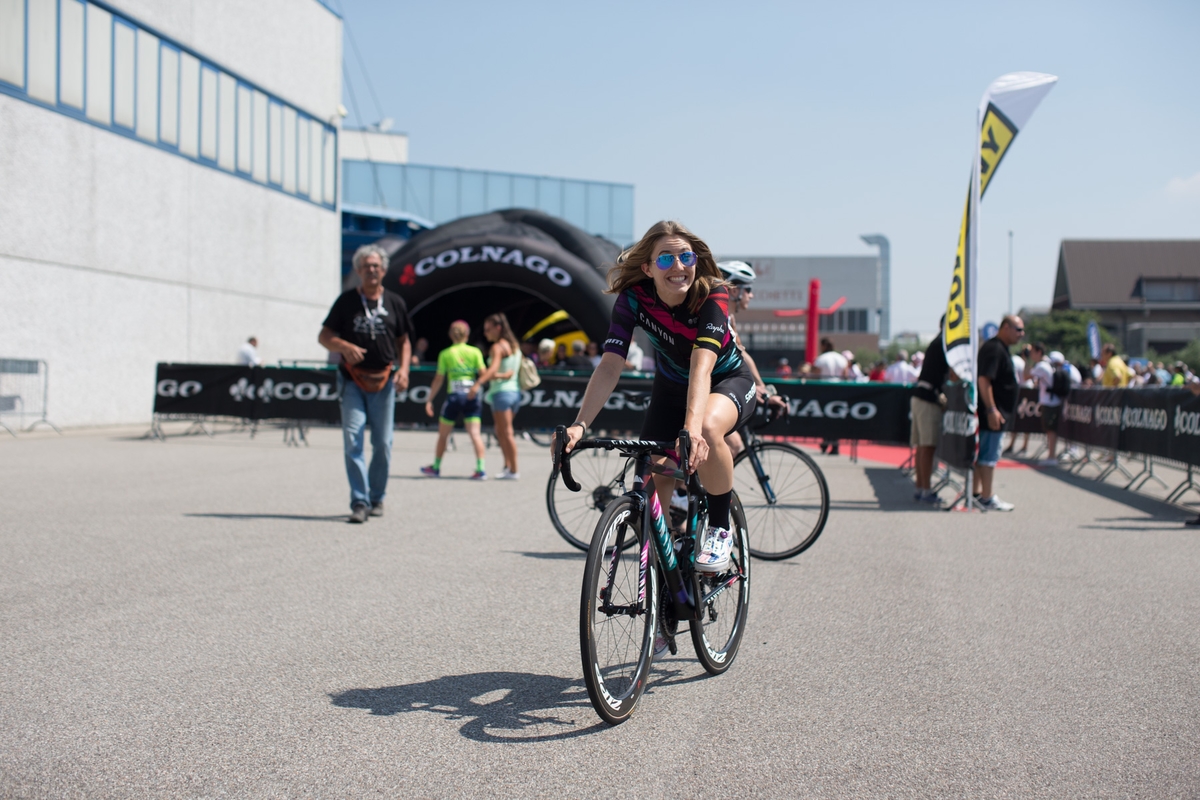 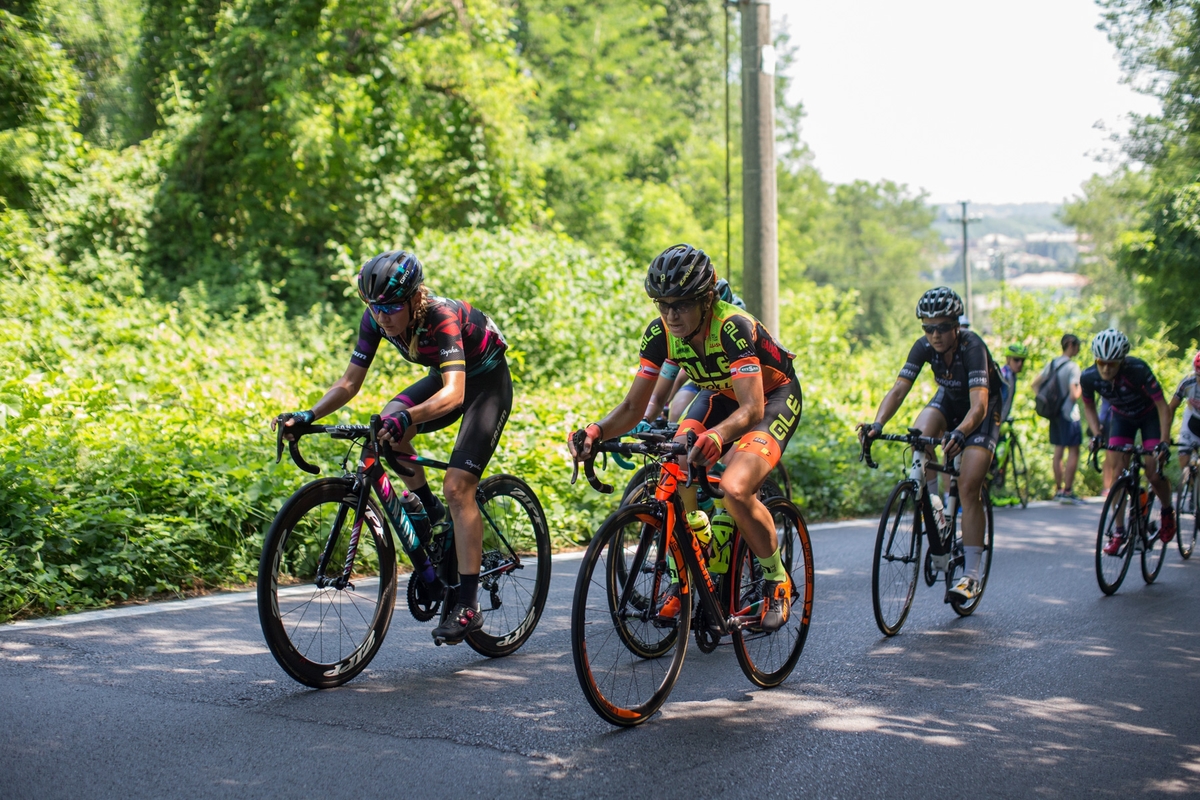 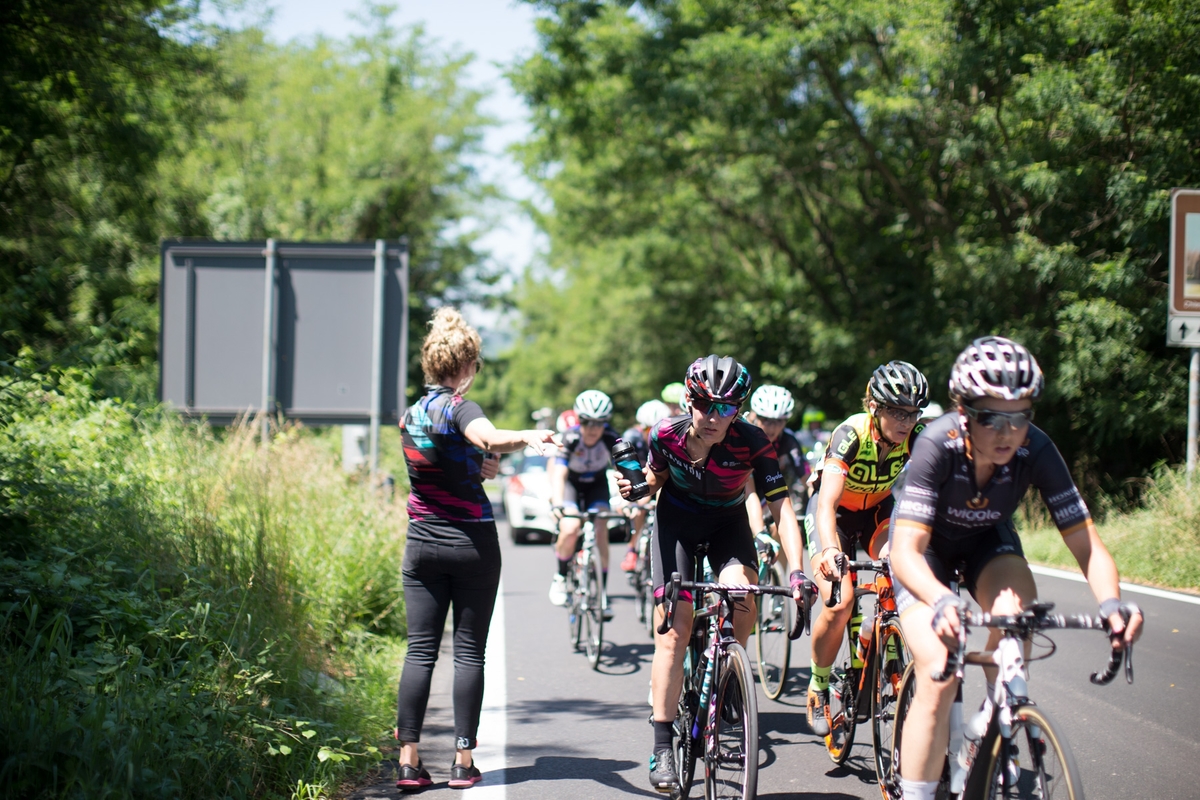 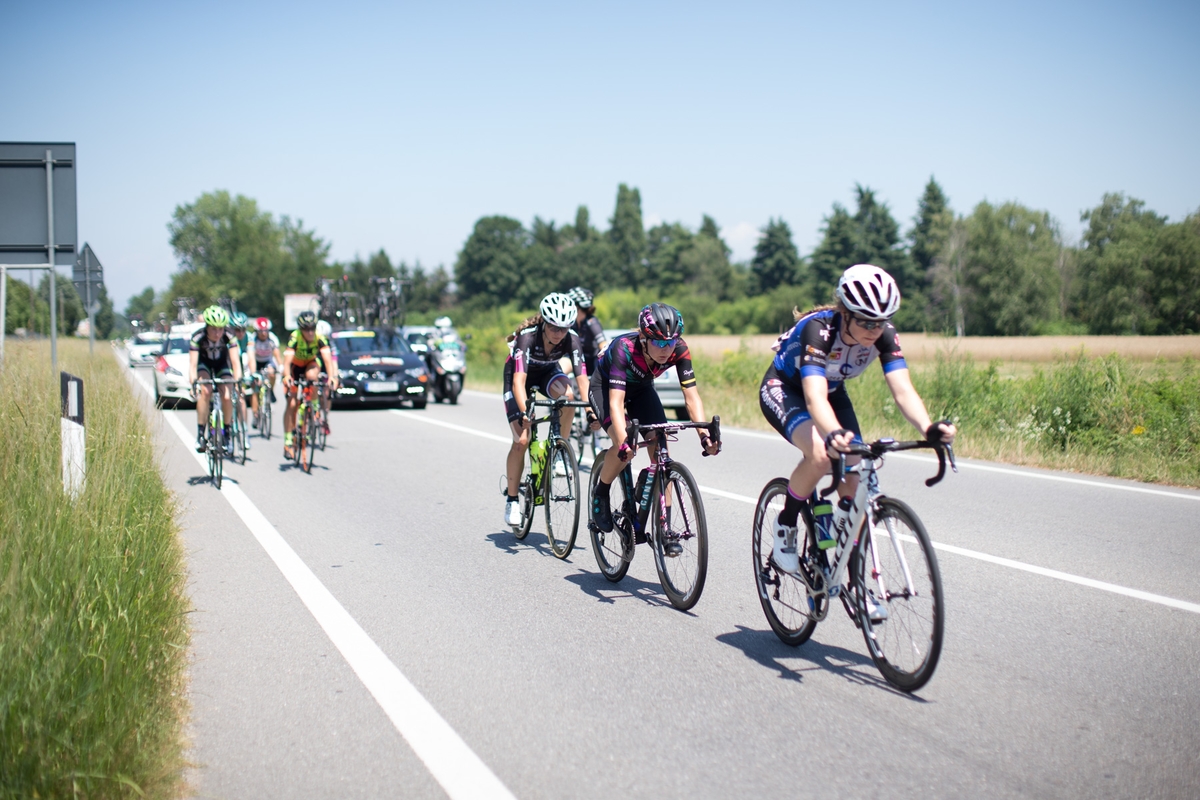 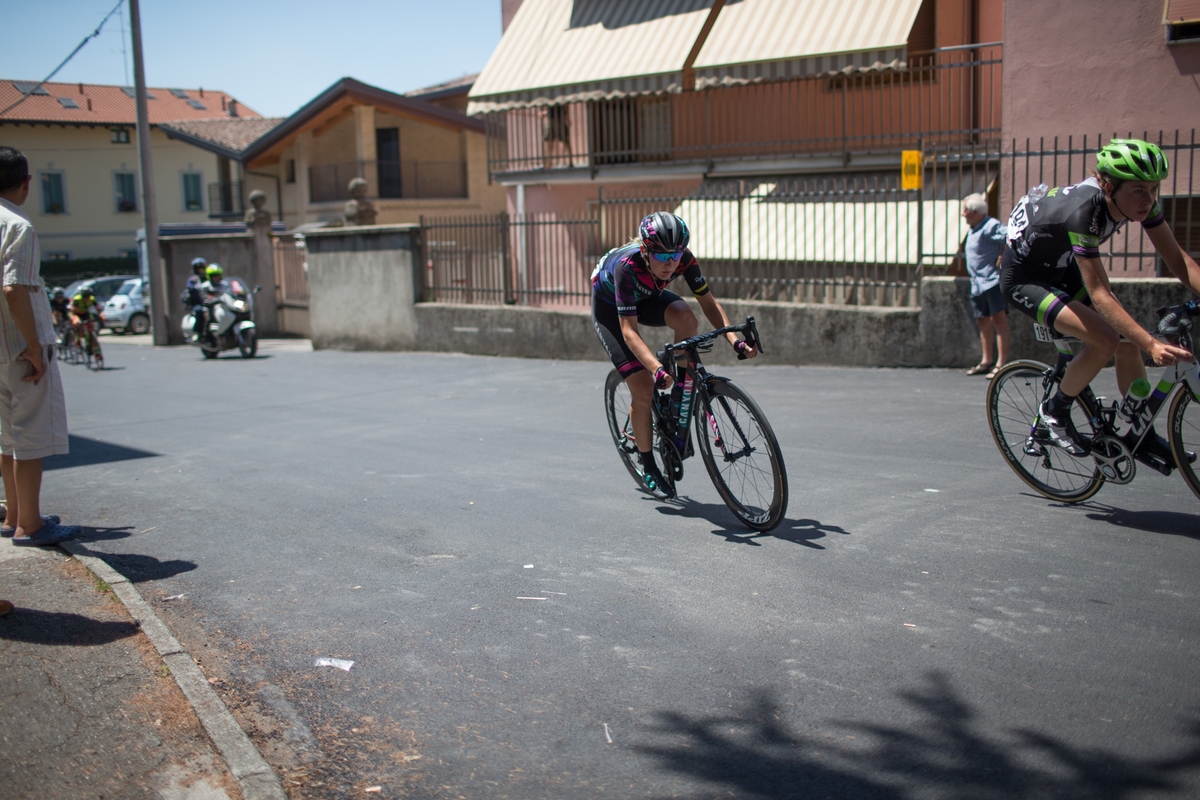 Tiffany Cromwell eighth on the penultimate stage of the Giro Rosa

Tiffany Cromwell has sprinted to eighth place on the penultimate stage of the Giro Rosa today in Legnano. The stage was won by Giorgia Bronzini (WHT), in a bunch sprint ahead of Marta Bastianelli (ALE) and Maria Confalonieri (LWZ).

With Italian national road champion Elena Cecchini not starting today CANYON//SRAM Racing took to the start line with just four riders. The stage was in hot conditions with over 35 degrees celsius and little reprieve from the heat. With some short steep climbs of 13% gradient, it was not a flat nor easy day for the peloton. Alexis Ryan tried several attacks in the early part of the stage but was not allowed to ever gain a significant advantage. Around midway into the 97km stage Alena Amialiusik slipped into a nine rider break and they stayed away until around 10km to go.

Following the stage Cromwell said, “It was a fast race with a lot of attacks. We wanted a break and we got a break with Alena in it. Initially the plan was that we thought it would be a breakaway race and we aimed for that. But apparently some other teams didn’t want it.”

“We planned that if it would come down to a bunch kick, then we would decide on the road if it would be Barbara or I who would do the sprint. In the end it was a bunch sprint and we worked for me. The girls still did a really solid lead out considering they were only with three. Ale Cipollini were trying to fight me off our train so I had to spend some energy to hold them out. We were in good position going into the second last corner. I just didn’t have the legs in the final, I mean no one really does at day nine of a tour. But as soon as I got out of the saddle and started sprinting I knew I didn’t have the acceleration that I was going to need to win.”

The final stage tomorrow is 104.8km around the scenic lakeside city of Verbania.