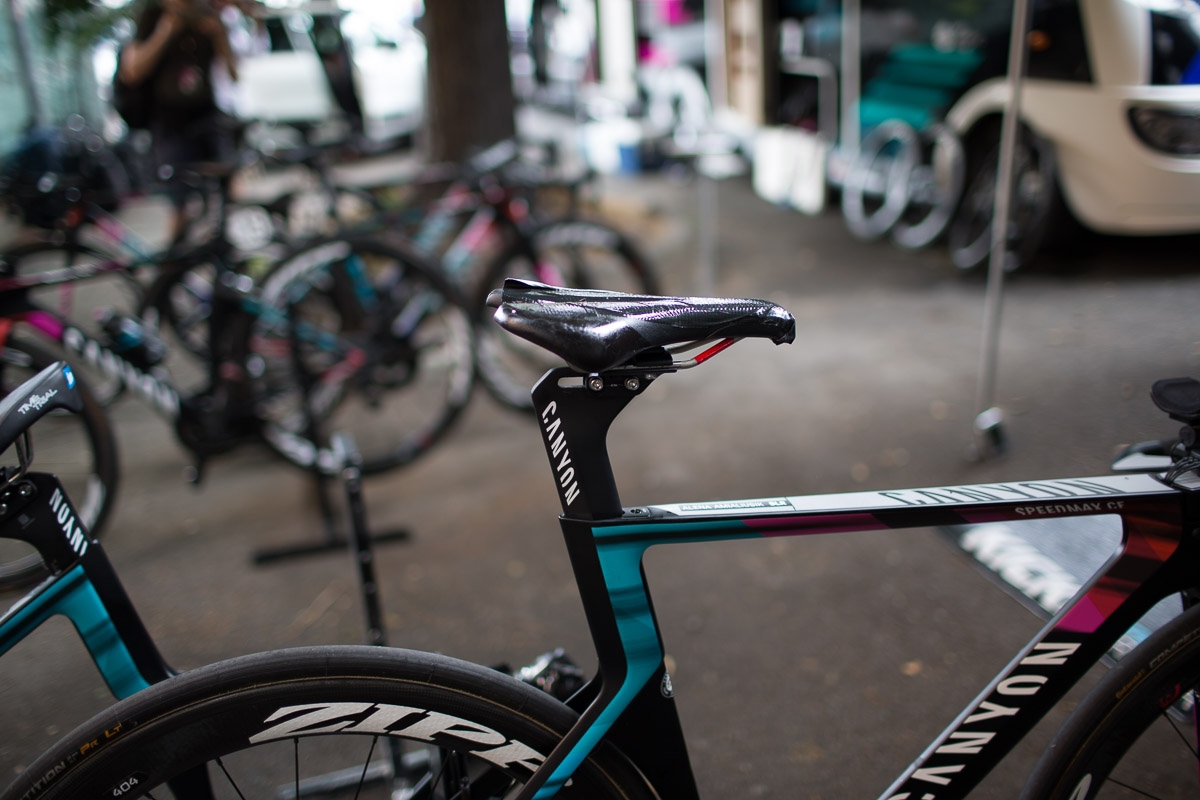 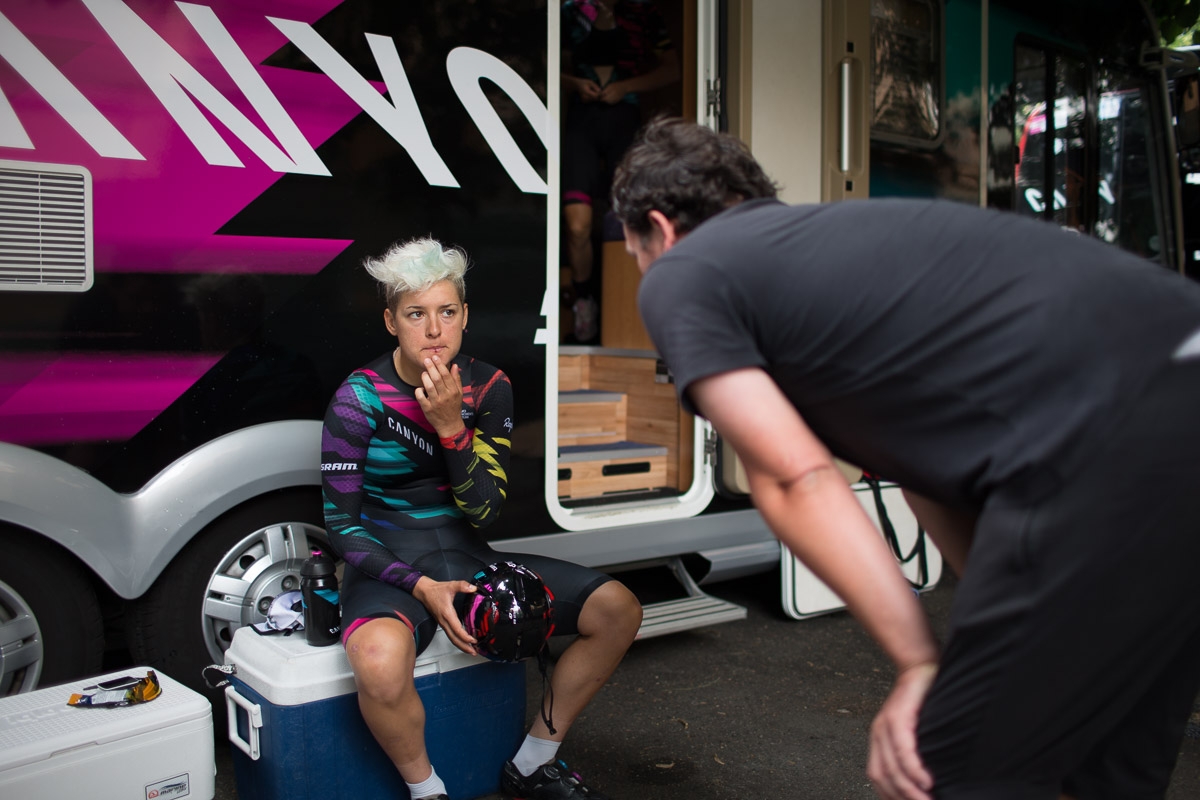 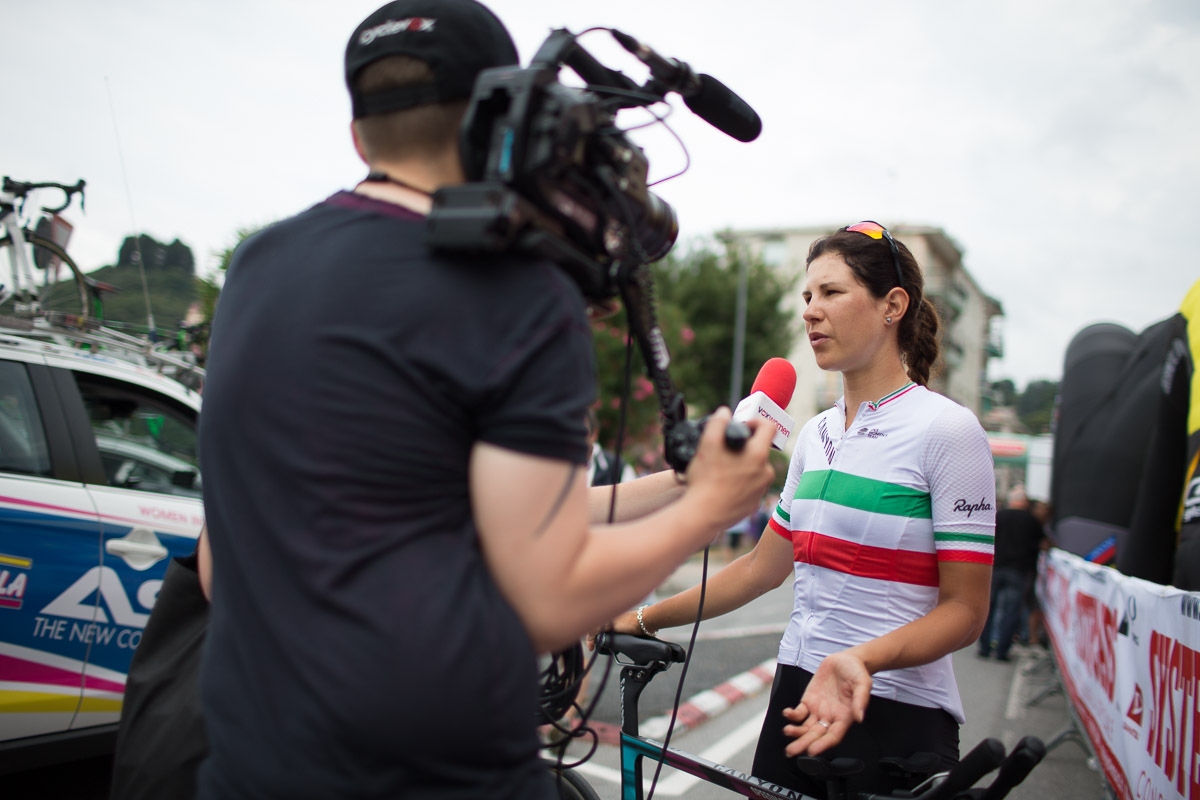 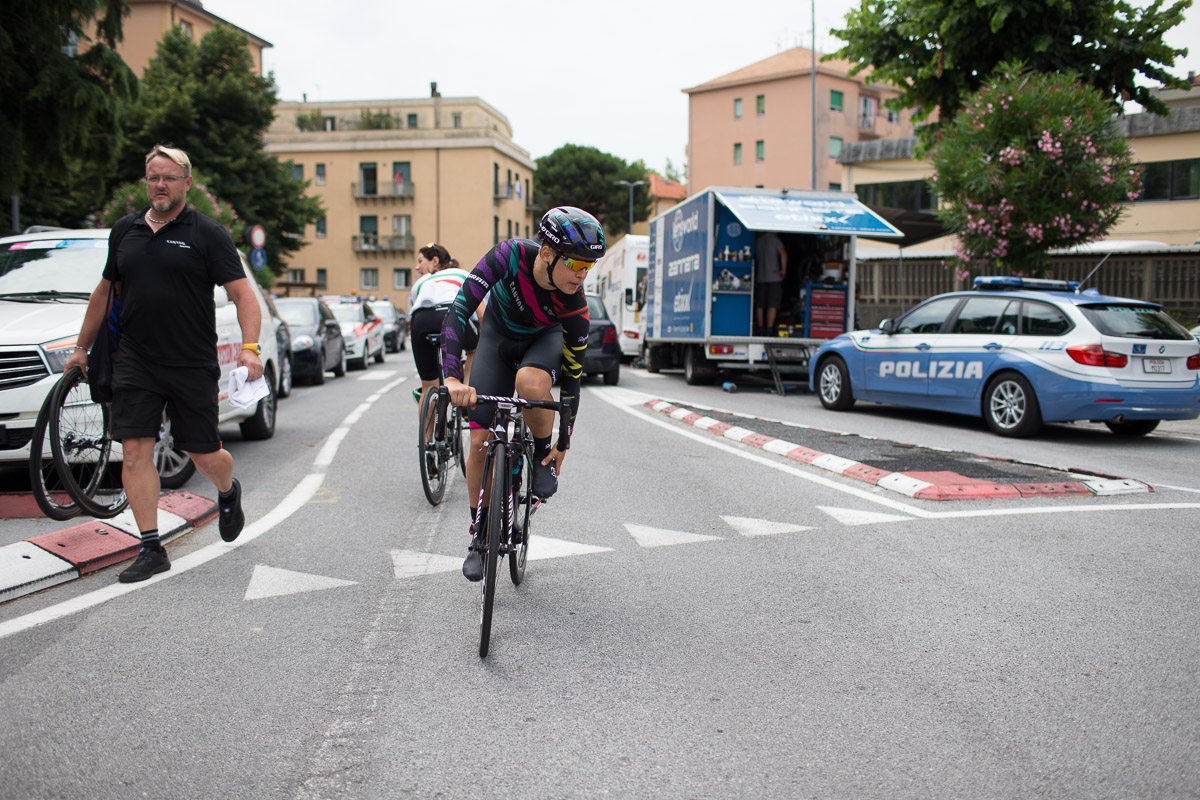 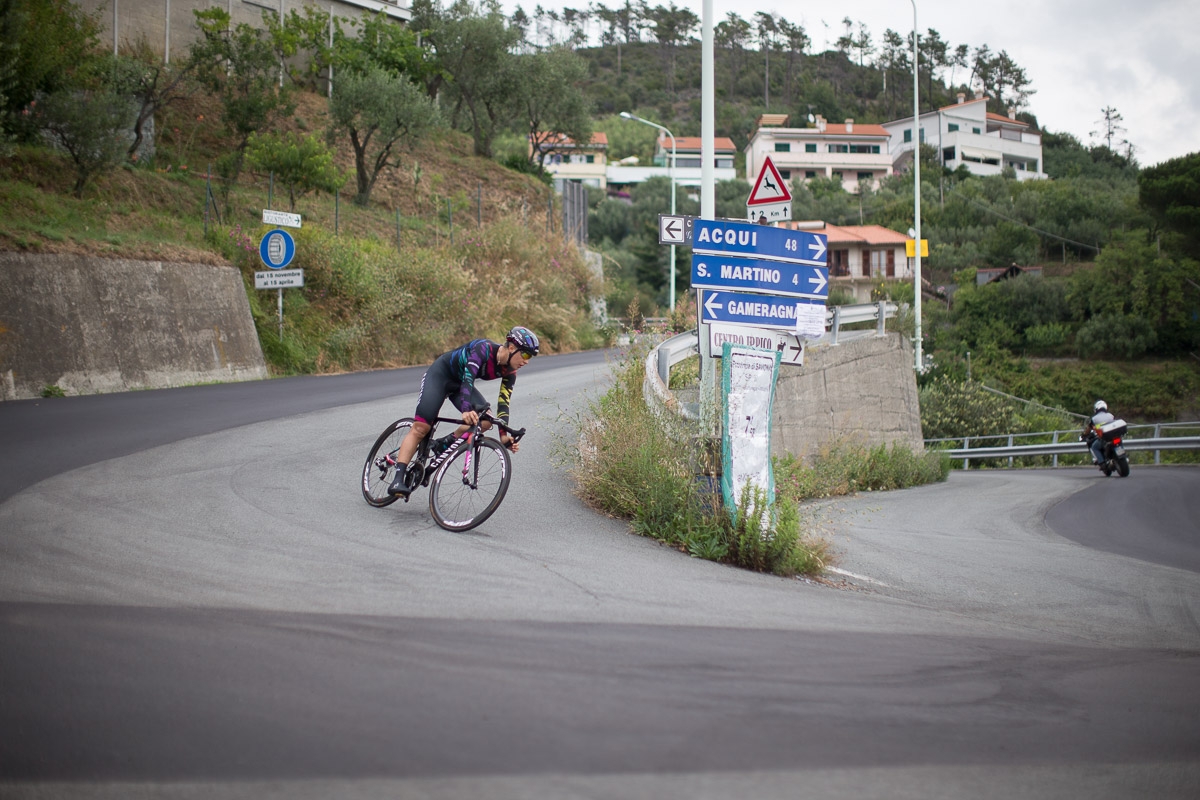 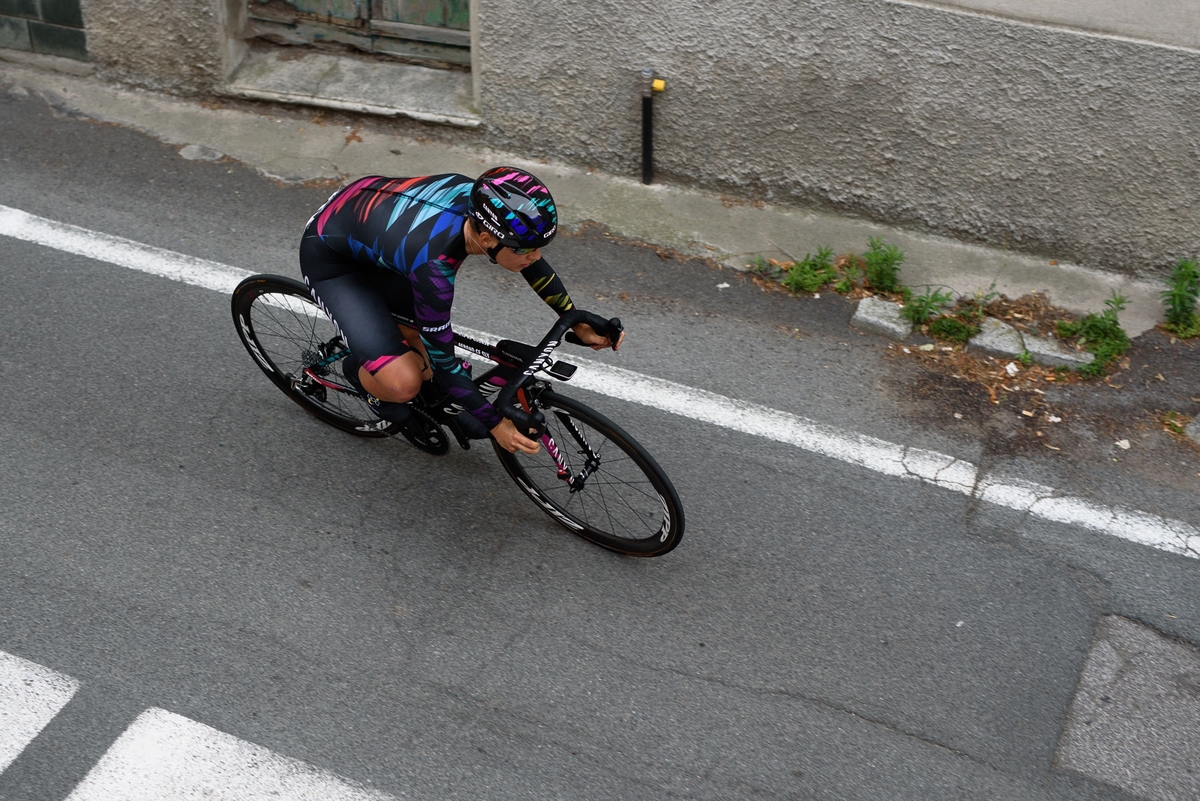 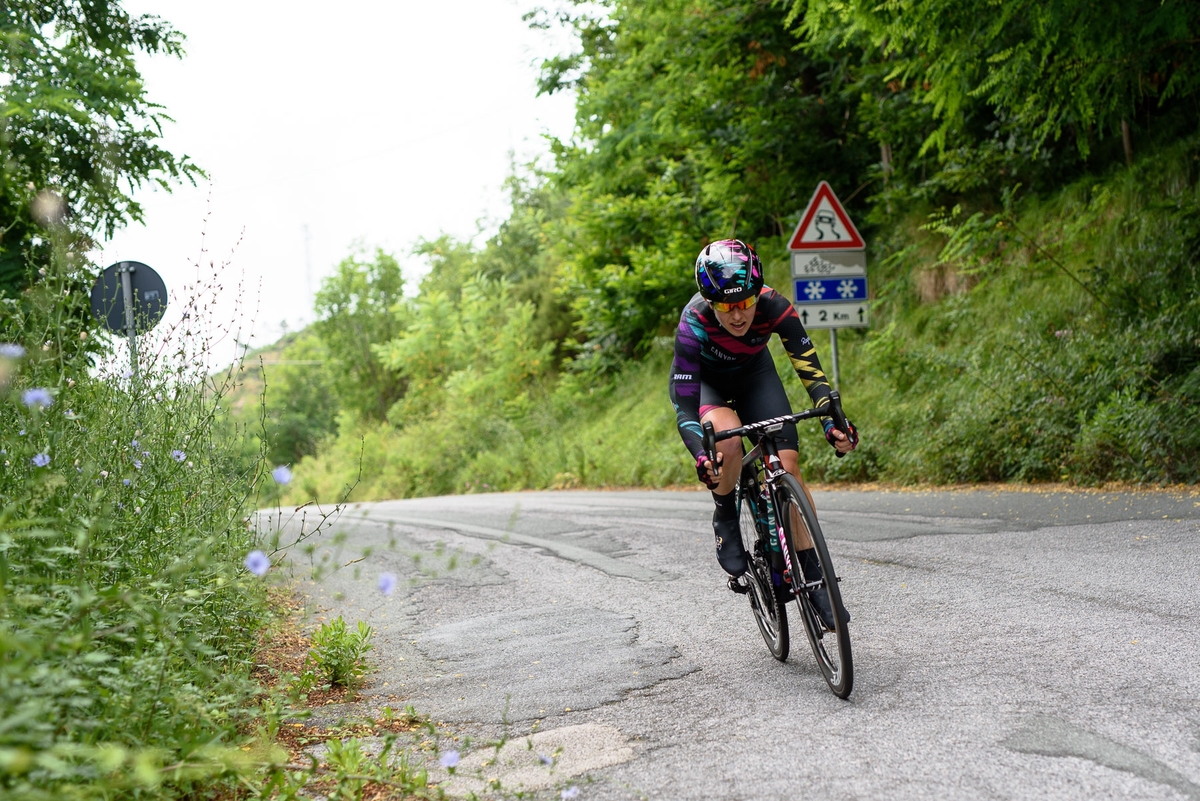 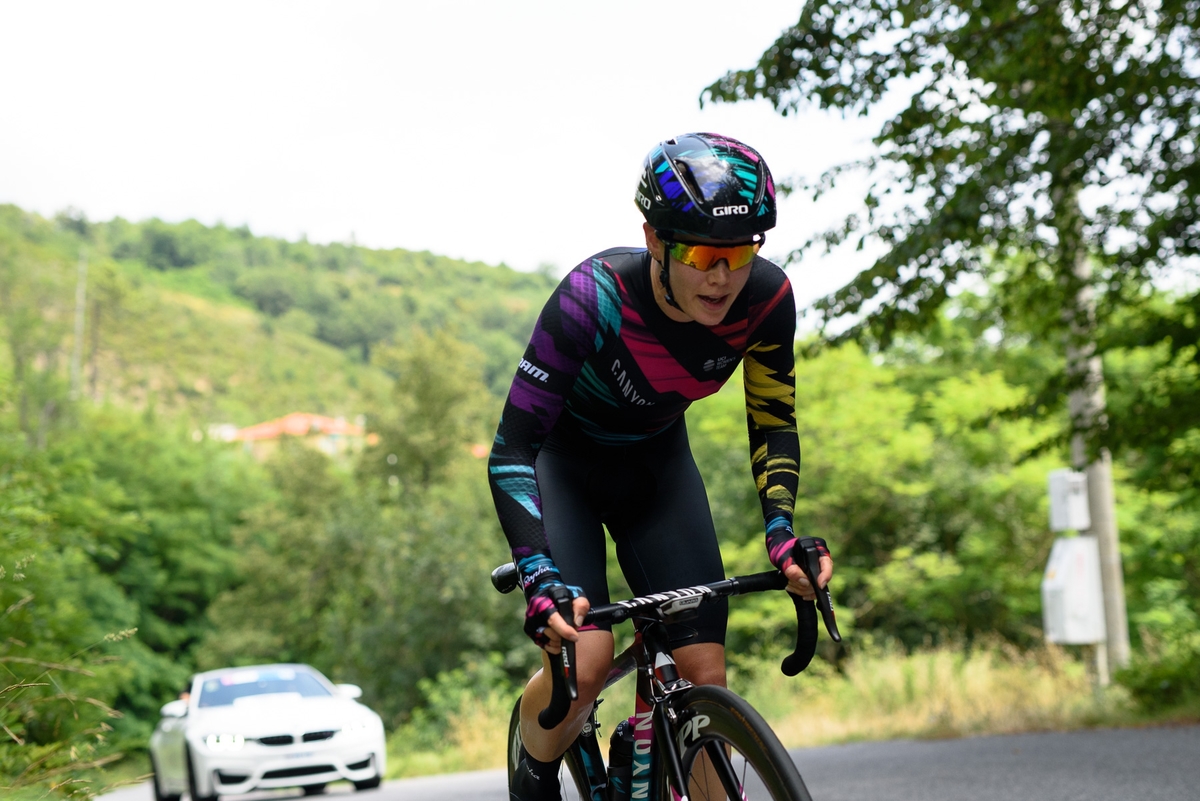 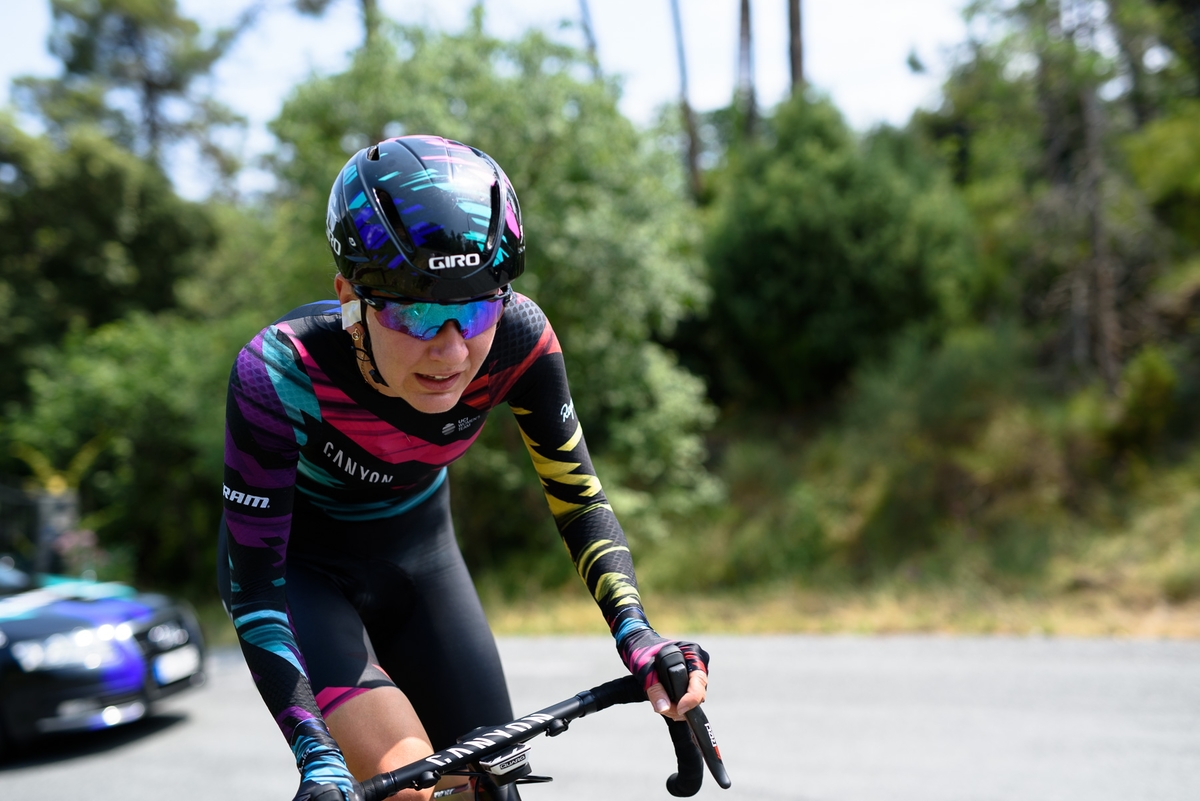 Stage seven of the Giro Rosa was a testing individual time trial in the Liguria region of Italy. The Maglia Rosa stayed with Megan Guarnier (DLT) after finishing fourth on the stage, 29 seconds behind the winner and team mate Evelyn Stevens. Anna Van der Breggen (RLT) was in second place, just four seconds behind Stevens, while Longo Borghini (WHT) was third. The best place CANYON//SRAM Racing rider was Alena Amialiusik in eleventh.

Alexis Ryan was in 23rd place and despite racing her first ten day stage race feels that her form is improving with each stage. “I thought I would be more fatigued but actually I feel better and better. To be honest, I’m very pleased with my result. It is nothing special, but I’ve been struggling to get my form back for a couple months and this is a positive sign.”

The young American rider said the hilly nature of the 21.9km time trial course resulted in many riders not electing to use time trial equipment. “Considering 95% of the peloton used road bikes, I would say the course was atypical for a time trial. The first 12 kilometers were uphill, with the main climb averaging 8-9%. The second half was a very fast, technical descent.”

Finishing within 2 minutes 52 seconds from the winner, and close to several time trial specialists who will be racing at Rio Olympics points to the improvements that Ryan has made in 2016 with her time trial capacity. Ryan attributes her move to CANYON//SRAM Racing as having a significant impact on this. “This year has been a sharp learning curve for me when it comes to time trials. Ronny (Lauke) and the girls have provided me with a plethora of information. Aside from developing my engine, the big takeaway has been routine: previewing each course, memorising each course, formulating a pacing strategy, following the ideal warm-up.”

“Then, bringing all the different aspects of preparation together in a race. Every time I have the opportunity to race against the clock I learn something new about what works in my routine and what doesn’t. It’s a slow refining process, but I’m inching towards perfection!”

The penultimate stage tomorrow is 97km from Rescaldina to Legnano near Milan.