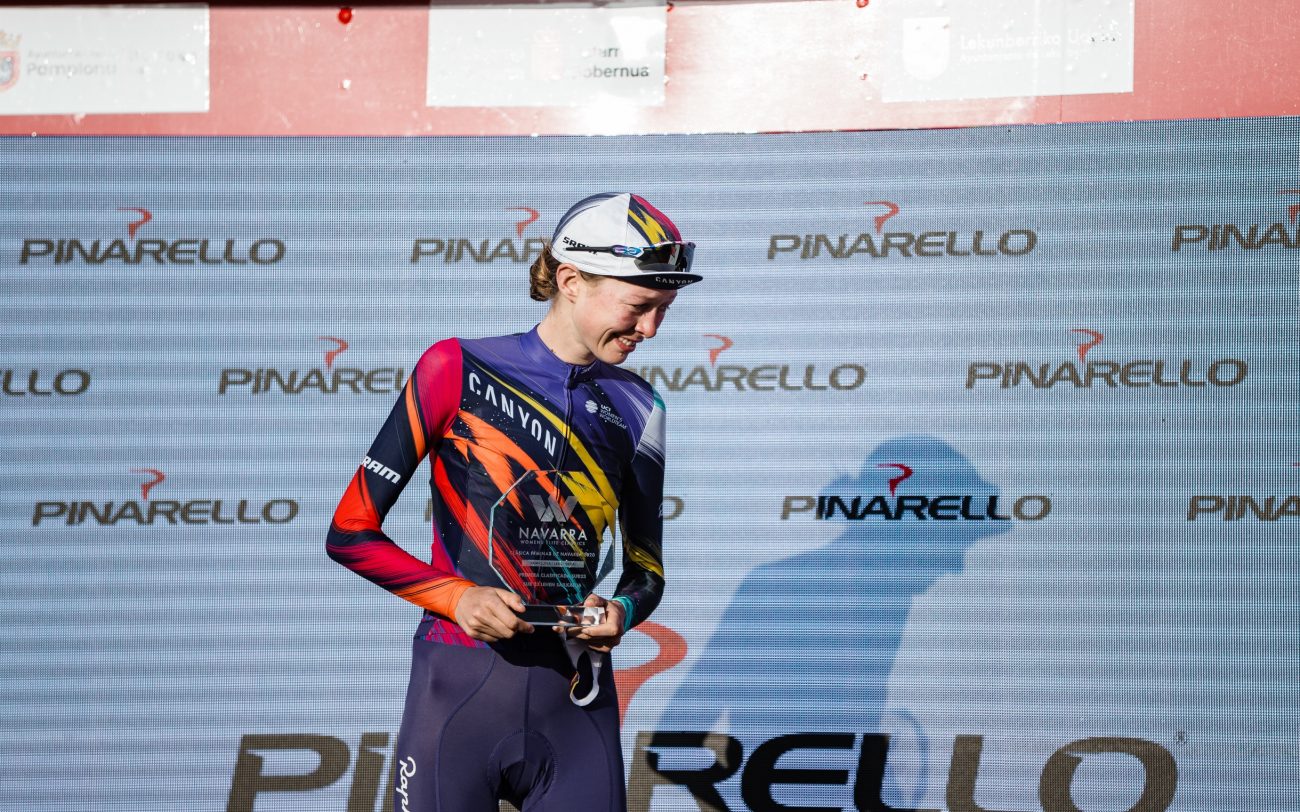 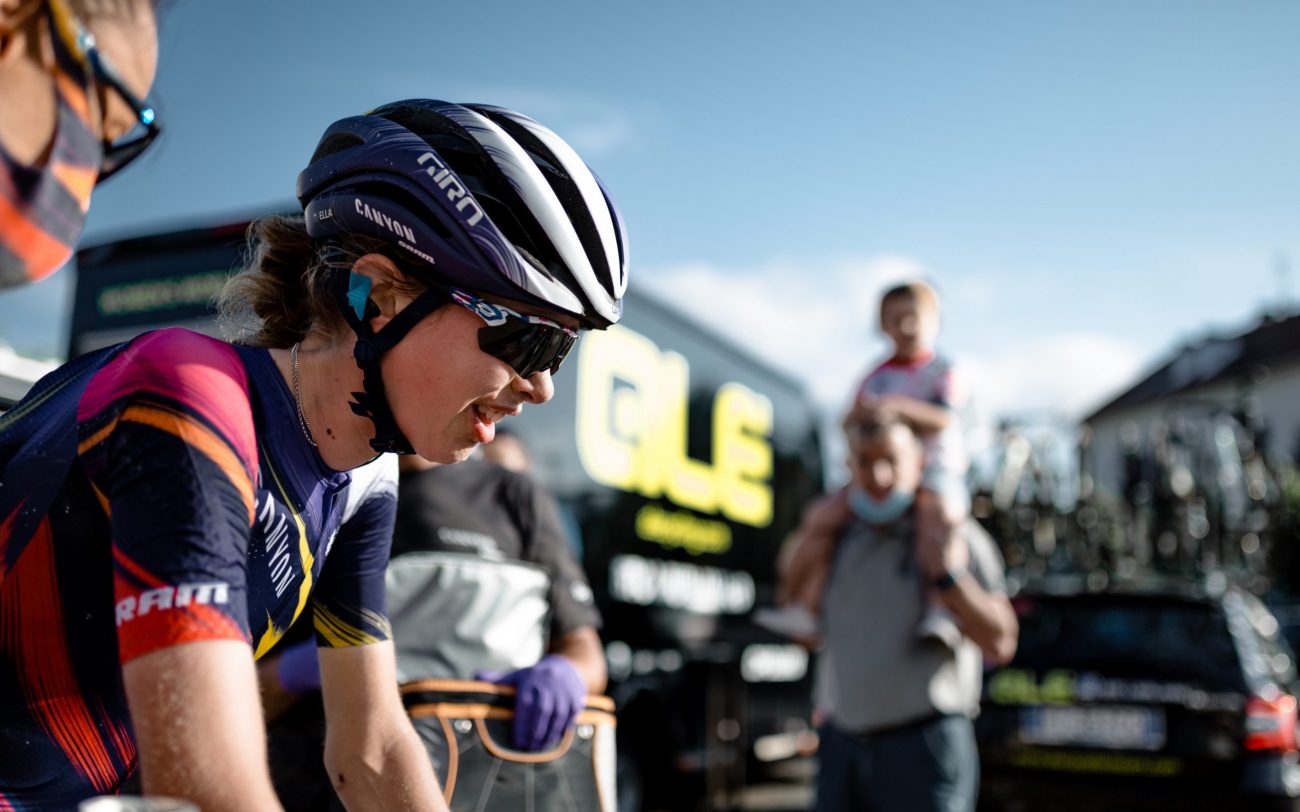 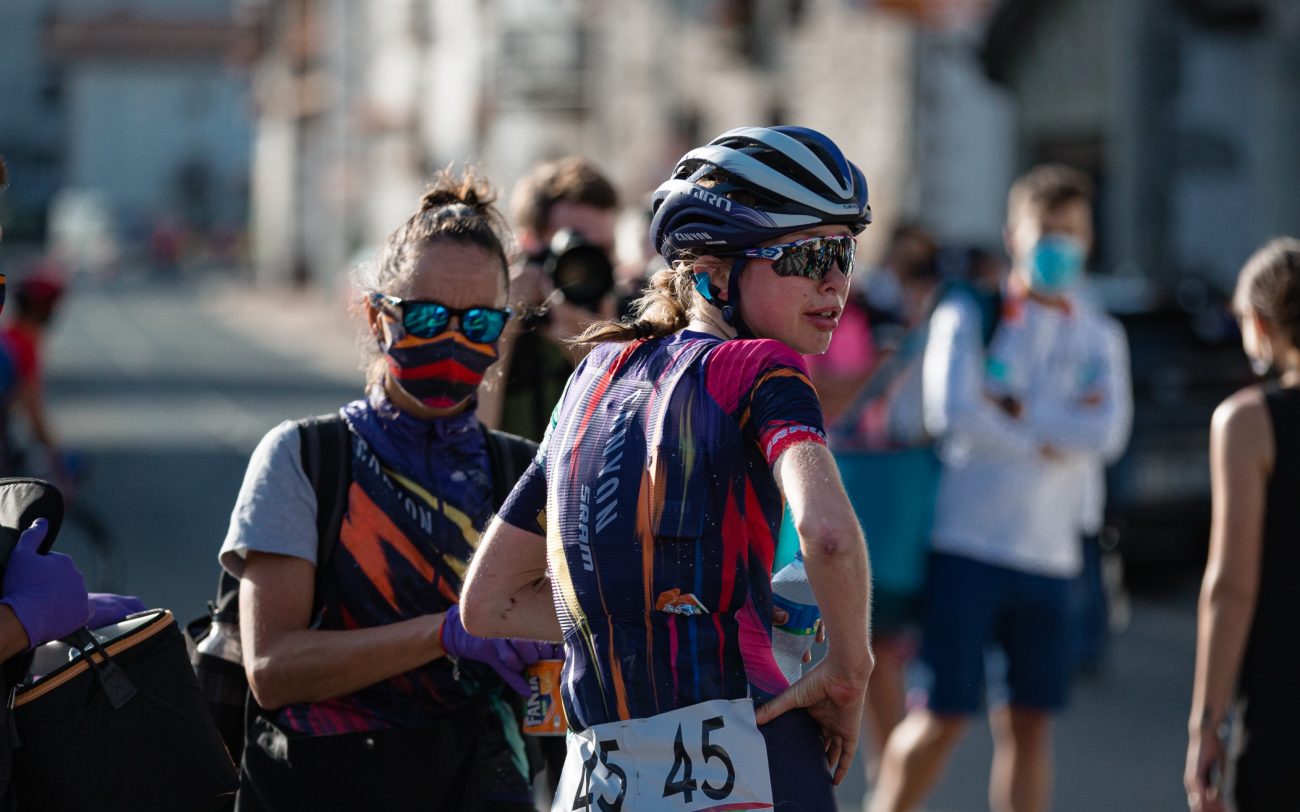 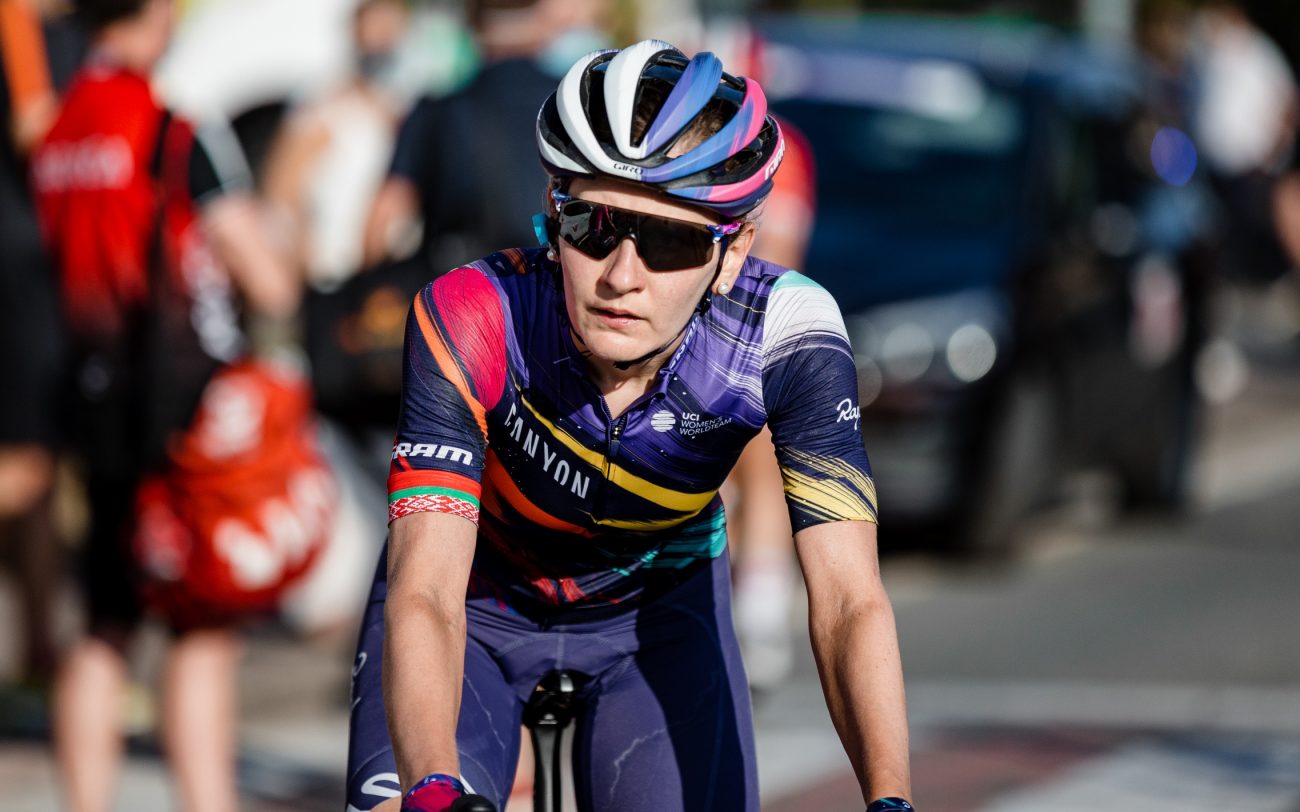 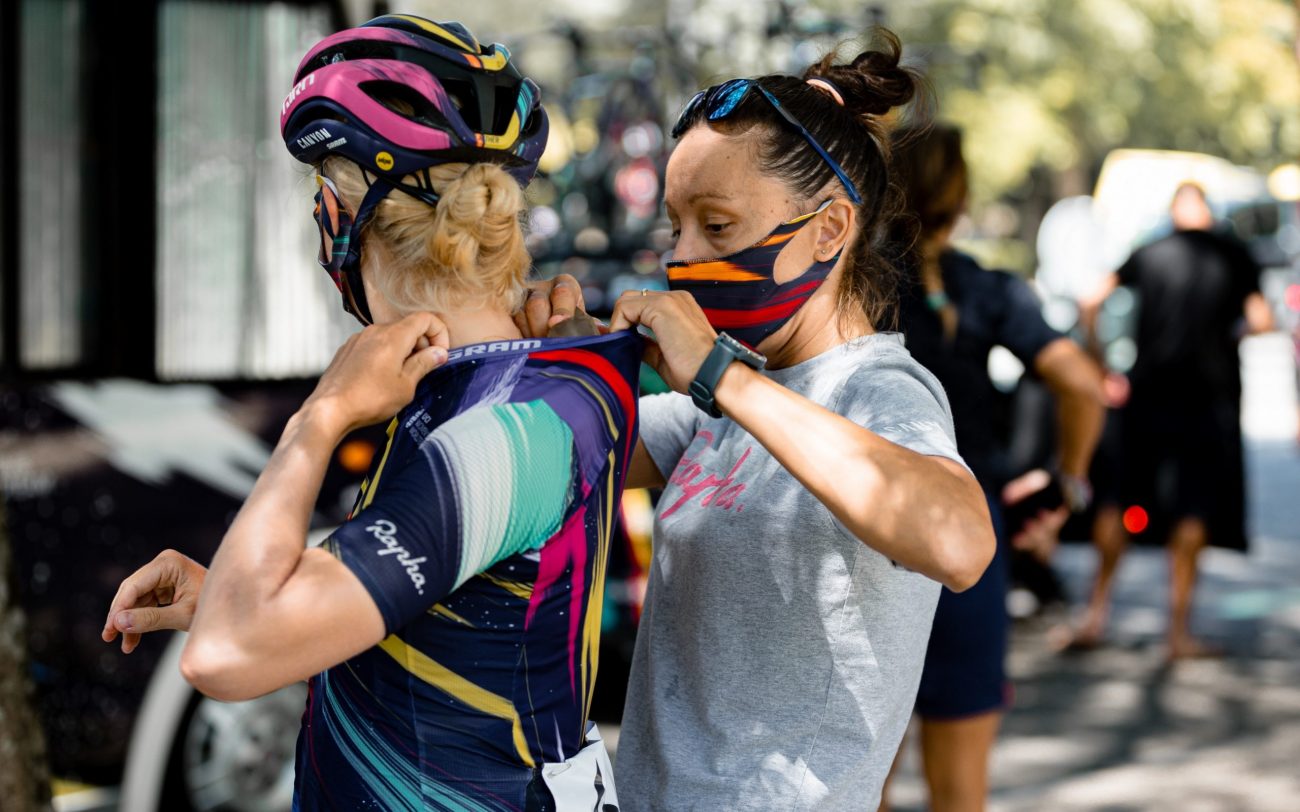 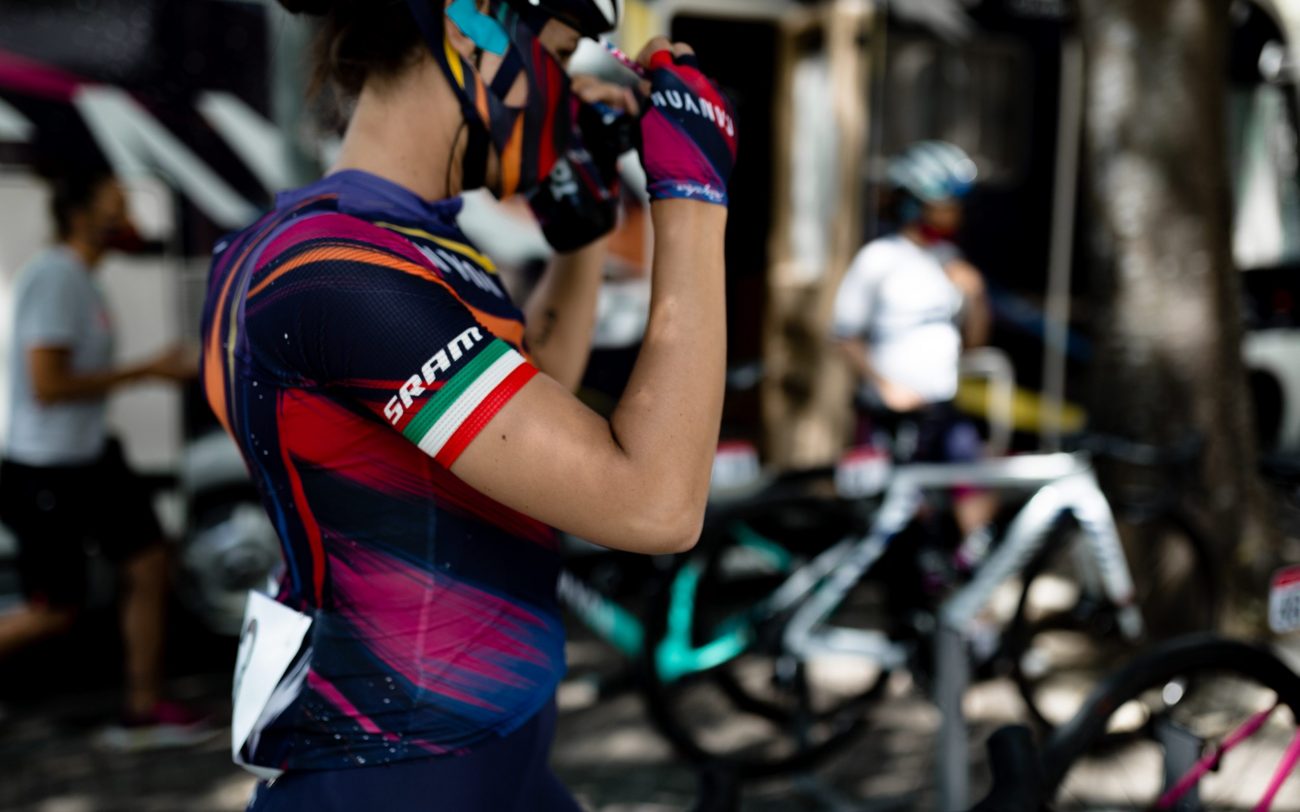 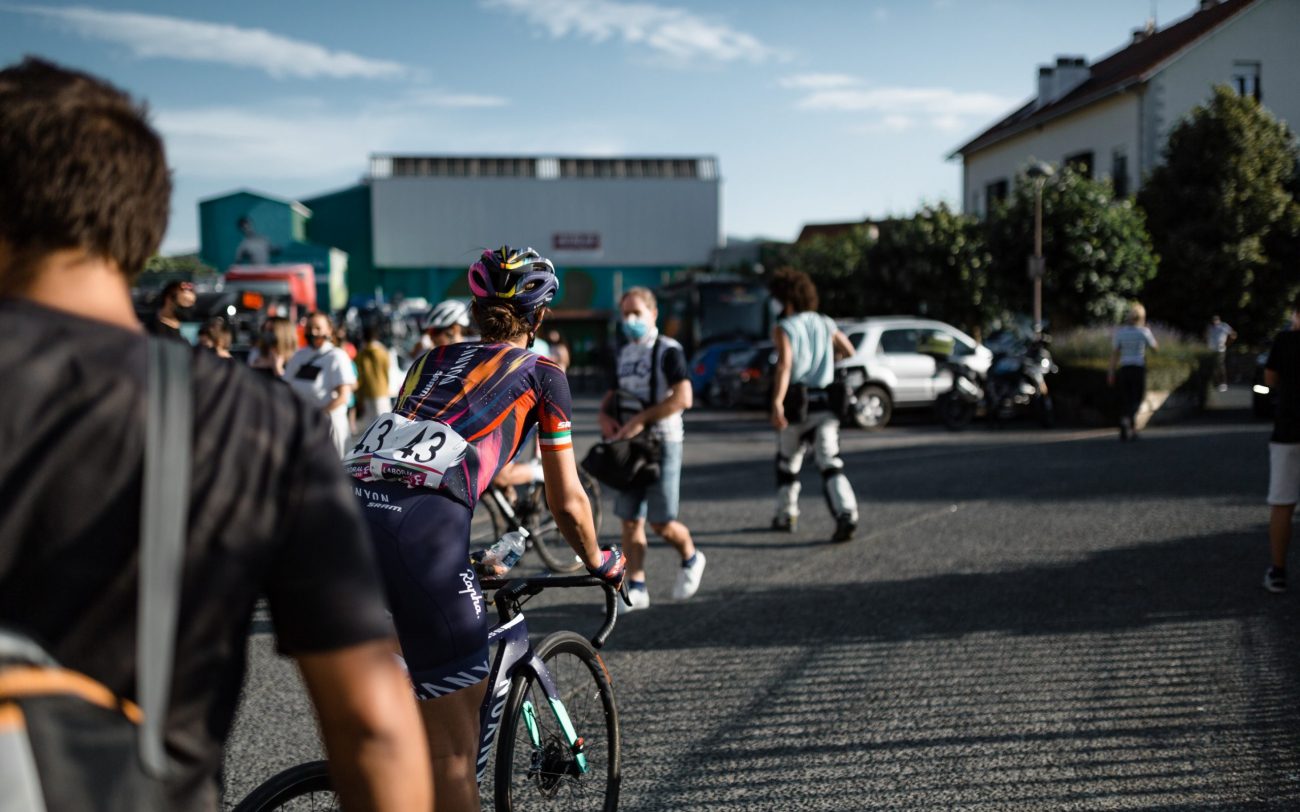 We had a successful return to racing today when Ella Harris won the under 23 classification at Emakumeen Nafarroako Klasikoa in Lekunberri, Spain. The New Zealander finished seventh on a tough race that marked the team’s return to road racing. The hilly race was won solo by Annemiek van Vleuten (MTS).

“It was a straight-forward race with four tough climbs, hot weather conditions, little wind, and already after the first QOM the peloton was reduced to 40 riders,” said Sport Director Lars Teutenberg.

Ella attacked on a small rise after the second QOM in an effort to bridge to a solo leader. Her timely effort created a four-rider break which would later swell to fourteen.

“Ellen van Dijk and Eugenia Bujak came with me, and we were together with Marlen Reusser, until the third QOM when van Vleuten’s group caught us. My legs started to weaken and I suffered in the heat. At the top of that climb I had a 20-second gap but I could make it back to the leaders,” described Ella.

“There was some cat and mouse going on until we reached the fourth and final climb. I wasn’t the first to get dropped out of the group but eventually I couldn’t hold the leaders and I crested it about one minute down. I descended and rode to the finish solo.”

“I’m really happy to get the first race out of the way and to have a positive result. A little part of me doesn’t like getting dropped despite the company because I’m a bit too competitive like that, so it’s both confidence and motivation for upcoming events,” added Ella.

Despite the hot conditions CANYON//SRAM Racing had five riders in the peloton of finishers. Read below the reaction from each of the riders.

“Our team plan was to be present in any break and to have somebody at the front for the final.”

“It was cool to be back racing, but at the same time a little strange after such a long period. I’m not going to lie, I was nervous. The race went quite well, but the moment of feeling good to the moment feeling not okay was like a sudden hit. It was a nice first race and to understand what needs more specific work.”

“The climbs and the heat were the main challenges today. Ella’s attack was at a great moment and it was good that she could have some time on the bunch before the final climbs came.”

“I was suffering during the race, but it’s what I want in these two races here in Spain, so for now everything goes to plan. I’ll start again today and I’m looking forward to the race. The climbs are shorter and I think it will be raced slightly different.”

“There has been a lot of anticipation leading up to this race, so to finally start it felt good. Overall for me, it went okay. I knew it was going to be a hard day with the hilly terrain and really strong peloton but I tried my best and I’m happy that I have the first one under my belt.”

“I was excited and nervous before the race, as I didn’t know what to expect. At the same time it felt great to stand on the start line again.”

“In the first half of the race I felt relaxed and confident. In the second half I felt bad in my stomach and I couldn’t go deep enough when the selection was done. Managing the warm weather and nutrition was key and I could have done it better. I’m not happy with my performance, but I’m looking forward to my next race which will be Sunday.”

“I really enjoyed being back racing. I felt a little more nervous than usual but also just very grateful to be at the start line. I actually felt strong but at some point I couldn’t handle the heat anymore and had to stop. It was a really great team effort and to have a podium classification was a good result.”